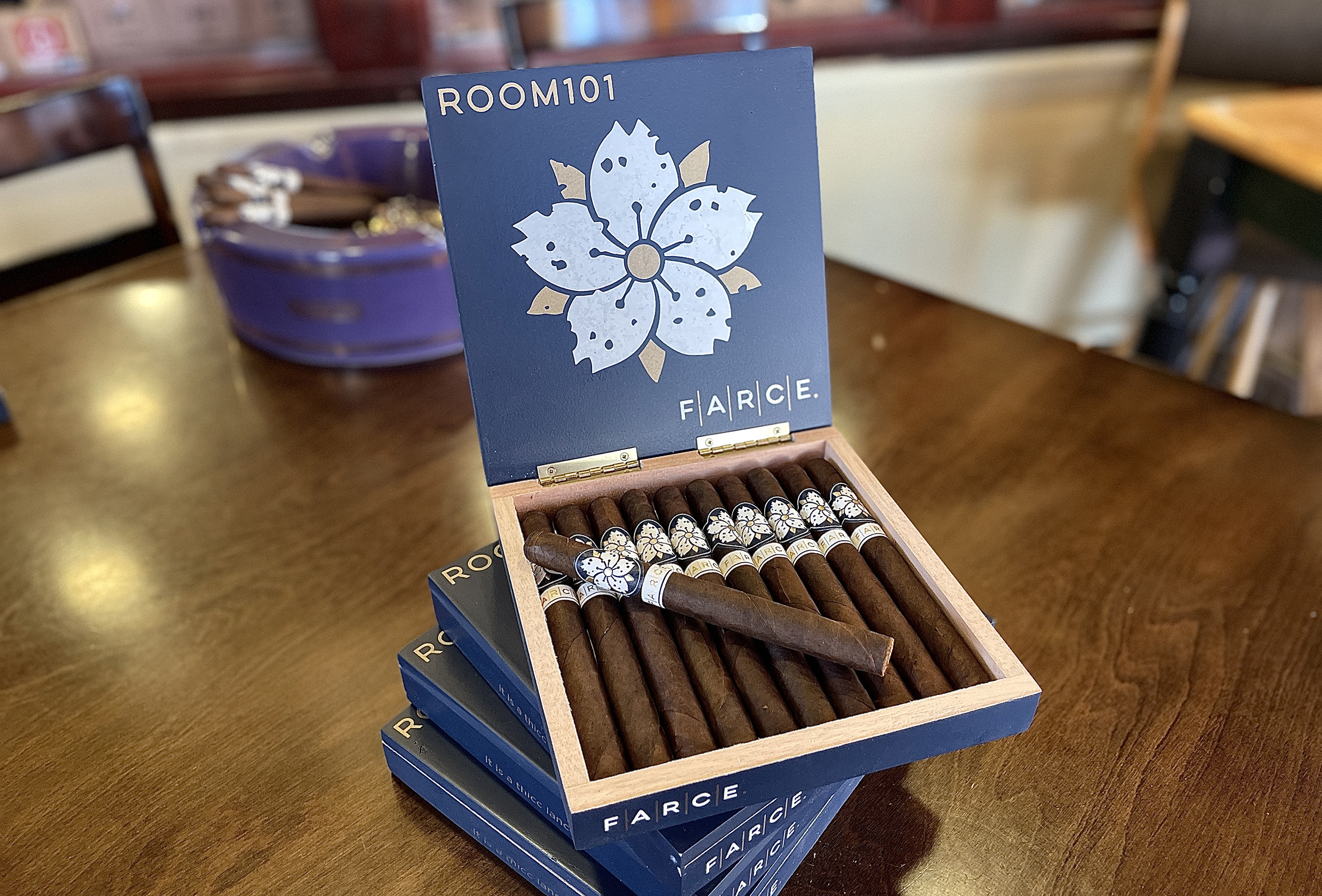 Room101’s Farce Maduro line is getting a new size, and as the boxes say, it is a thicc lancero.

It’s a 6 1/2 x 42 vitola, which would technically make it a lonsdale, but as he’s done before, Matt Booth is taking some creative liberties with the name. While it will join the Farce lineup on a widespread basis in 2022, Booth will previewing the new size with a batch of 101 ten-count boxes that he is bringing to an Oct. 10 event at The Cigar Chapel in Bend, Ore. Those boxes will including branding on them that indicates they were produced just for the store. Pricing is set at $15.50 per cigar and $155 for the 10 count box, with any boxes remaining after the event available to purchase in-person, over the phone or via the store’s website.

The Farce line was released in 2018, with a Connecticut-wrapped version added that summer. The Farce Maduro was released in June 2019 and uses a Mexican San Andrés wrapper over an Ecuadorian Sumatra binder and three fillers: Connecticut broadleaf, Pennsylvania broadleaf and Nicaragua. The line is made at Tabacalera Willam Ventura in the Dominican Republic. It has so far been available in four sizes:

A timeline for the Room101 Farce Maduro Thicc Lancero’s widespread release has not yet been announced.