It was a happy coincidence that Patrick Lagreid reviewed the Room101 Ichiban Mutante on Saturday as I happened to grab the Master Collection Two Mutante out of my humidor to write up a redux.

The Master Collection Two was the second in a series of three limited releases that each showed off a unique blend but kept the same five sizes. The final release, Master Collection Three, hit shelves in February of this year, wrapping up the project. The Mutante has seemed to be one of the most popular sizes of each release, and while there won’t be any more Master Collection releases, there will most certainly be more Mutantes.

Here’s what I had to say about it originally:

Room101 cigars are hit and miss with me. While I enjoy some, others tend to miss my preferred profile preference. The Master Collection Two Mutante however hit the nail on the head for me. Starting out with an interestingly sweet and smooth profile, it developed and changed into a bold yet still enjoyable profile that finished well. The construction was great as well, which isn’t always easy to get right with a lancero. While I haven’t had the chance to try the rest of the line, I can at least easily suggest seeking out the Mutante before this limited edition is gone.

Taking the cigar out of the cellophane, the wrapper is slightly rough and only has a light oily feel to it. The wrapper’s aroma was slightly different than I remember, while still having the sweet barnyard, fresh hay and light spice notes, a new note of raisins has seemed to appear. As for the cold draw, it hasn’t seemed to have changed much, still featuring sweet hay, graham crackers, fresh grass.

Starting into the first third there is lots of sweet vanilla, more graham cracker, a light spice and a touch of pepper. The retrohale is very smooth, though more pepper resides along with a nice fresh hay note. The profile continues with lots of sugar and spice, though less of the coffee cake profile that I originally noted. As I move into the second third the sweetness starts to die down and the light pepper has grown to be slightly more prominent in the profile. Vanilla and graham cracker continue as well, but noticeably missing is the espresso from before. The final third sees even more of a drop off in the sweetness, with mostly black pepper and spice, though the vanilla graham cracker note are still there in the background. 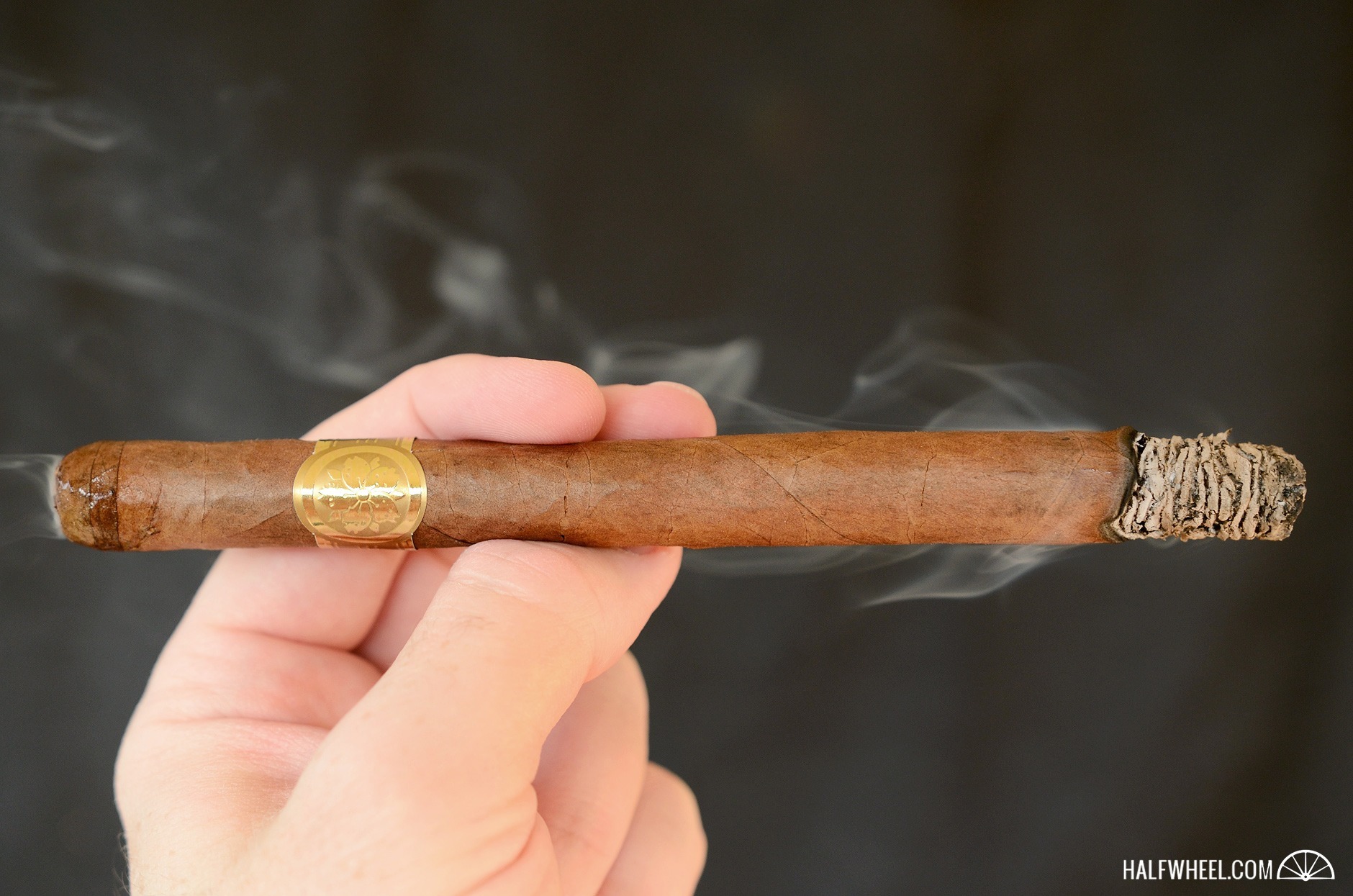 Starting off the burn isn’t the most even, but it manages to control itself without intervention on my part for the first third. The ash still impresses me for a little 38 ring gauge lancero, holding on to well over an inch and even resisting when I try to roll it off in the ash tray. The second third continues with a slightly off burn line, to the point where it does require a touch-up, though the ash continues to impress me. While some lanceros can have draw issues, the Master Collection Two Mutante doesn’t have any, sitting right in the middle of the ideal range. In the final third the burn stays even enough that I don’t need to do anything, allowing the cigar to finish up smoothly without any nudging needed from my lighter.

Since I originally wrote the review for the Room101 Master Collection Two Mutante I’ve become a fan of Room101, enjoying every new release I’ve gotten to try from them. I was looking forward to revisiting this cigar, as it was a release I did enjoy. While the burn still confounded me slightly, it didn’t seem to be as troublesome as it did originally. Unfortunately, a year and a half’s time seems to have mellowed out the profile a little more than I would’ve liked. The flavors all still seemed to be there, except for the espresso and specific spices, but they all seemed to be slightly muted. Having said that, it was still a good cigar and I’d happily snatch one up if I happened across it on the shelves at a store - but that seems like an unlikely possibility.