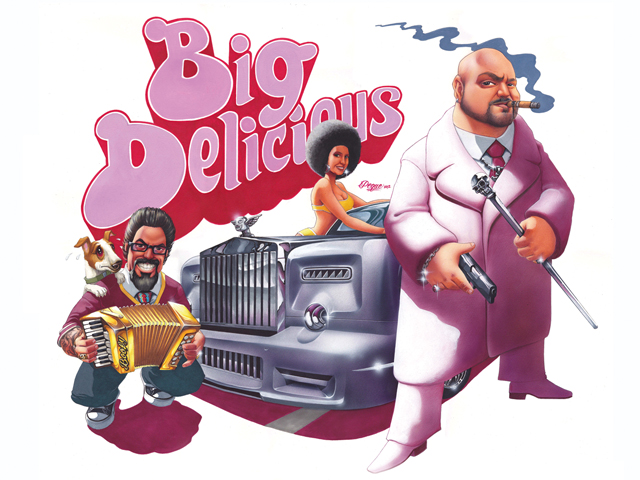 In 2013, Room101 became the sixth manufacturer to release a cigar in Smoke Inn’s Microblend Series with the Room101 Big Delicious. The well-received release is receiving a follow-up, logically named, Room101 Little Big Delicious.

The new cigar will measure 4 1/2 inches, two inches shorter than the original, but it will retain the same ring gauge: 42/54. It will also feature the same blend: an Ecuadorian habano 2000 wrapper, Honduran corojo seco binder and a filler blend with tobaccos from Brazil, the Dominican Republic, Honduras and Nicaragua.

In addition to the cigar, Room101 and Smoke Inn created a 16-episode comic, named the “Adventures of Big Delicious & Swanky White,” a reference to Room101’s Matt Booth and Abe Dababneh, the owner of Smoke Inn.

The Microblend Series is the exclusive series for Smoke Inn, a chain of stores based in South Florida. To date, there have been 10 cigars released as part of the series, although the most recent one—the Pope of Greenwich Village by Drew Estate—has only been previewed and not formally sold.

Matt Booth and I will both have given birth to sons this year. It only seemed righteous that in the spirit of our sons we once again collaborate to make something we believe will be great. LBD will be a little cigar with BIG Deliciousness! A perfect homage to our little men! Release date is yet unknown and there will be a sequel to the original “Adventures of Big Delicious & Swanky White” comic chronicling the story of how the cigar was made. I am very excited to be working with Matt again.”

A representative for Davidoff of Geneva USA told halfwheel Little Big Delicious should be released sometime this fall.

Room101 cigars are made at Oettinger Davidoff AG’s Agroindustria LAEPE S.A. in Danlí, Honduras and distributed by Davidoff of Geneva USA.