Last month, Room101 announced that it would be creating a new series of cigars for eight select retailers around the country. Named Ichiban, which translates into first in Japanese, each of the eight retailers will receive an exclusive size of the singular blend.

The first of those retailers is Smokin’ Joe’s & Old City Cigar, located in the Knoxville, Tenn. area, which took delivery of the Room101 Ichiban Tiburon last week. The debut vitola is the 6 x 44 lonsdale size that was used in the Namakubi line previously. As for the blend, Ichiban uses an Ecuadorian wrapper, Nicaraguan criollo 98 binder and Nicaraguan corojo 99 fillers. 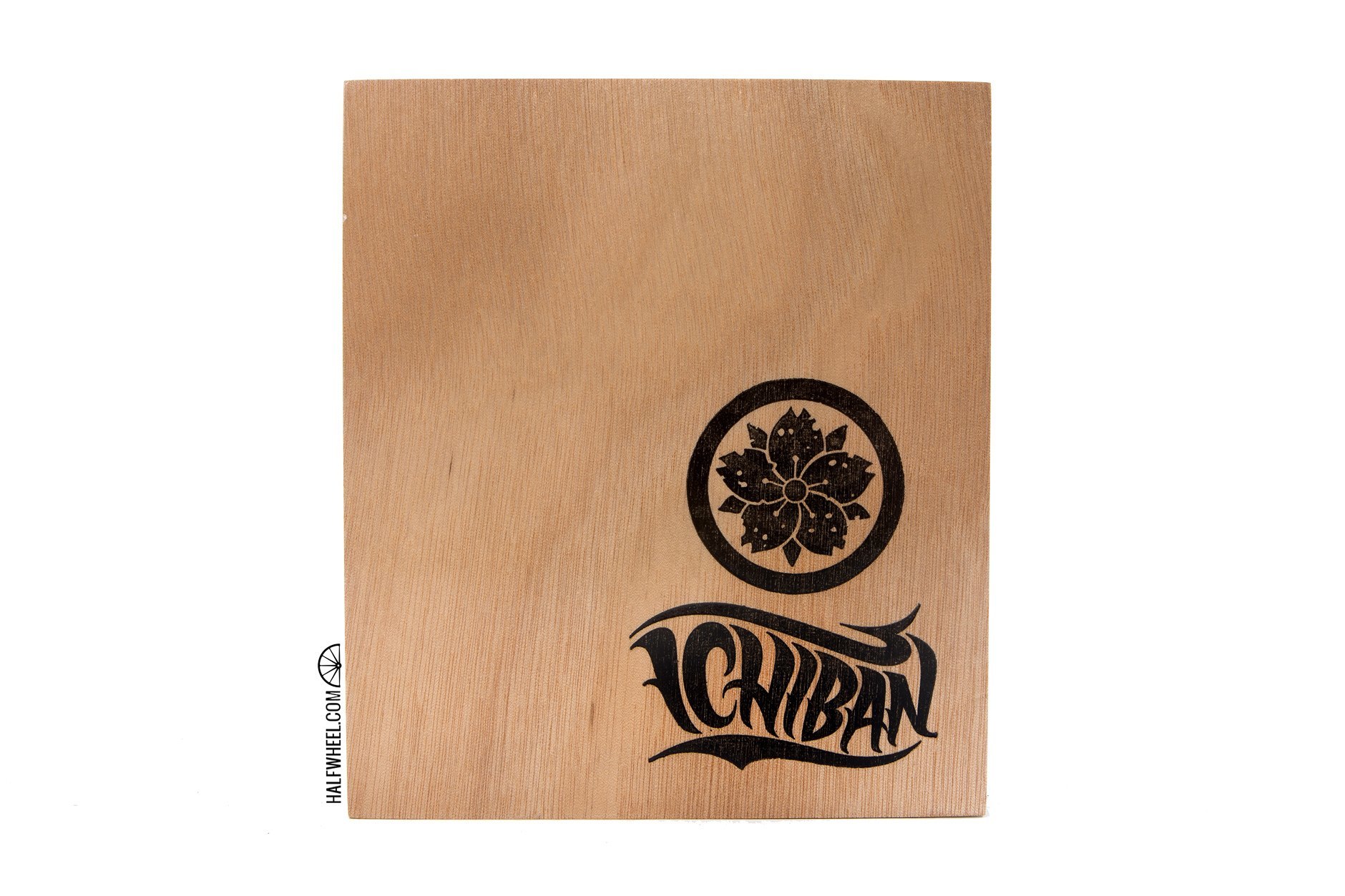 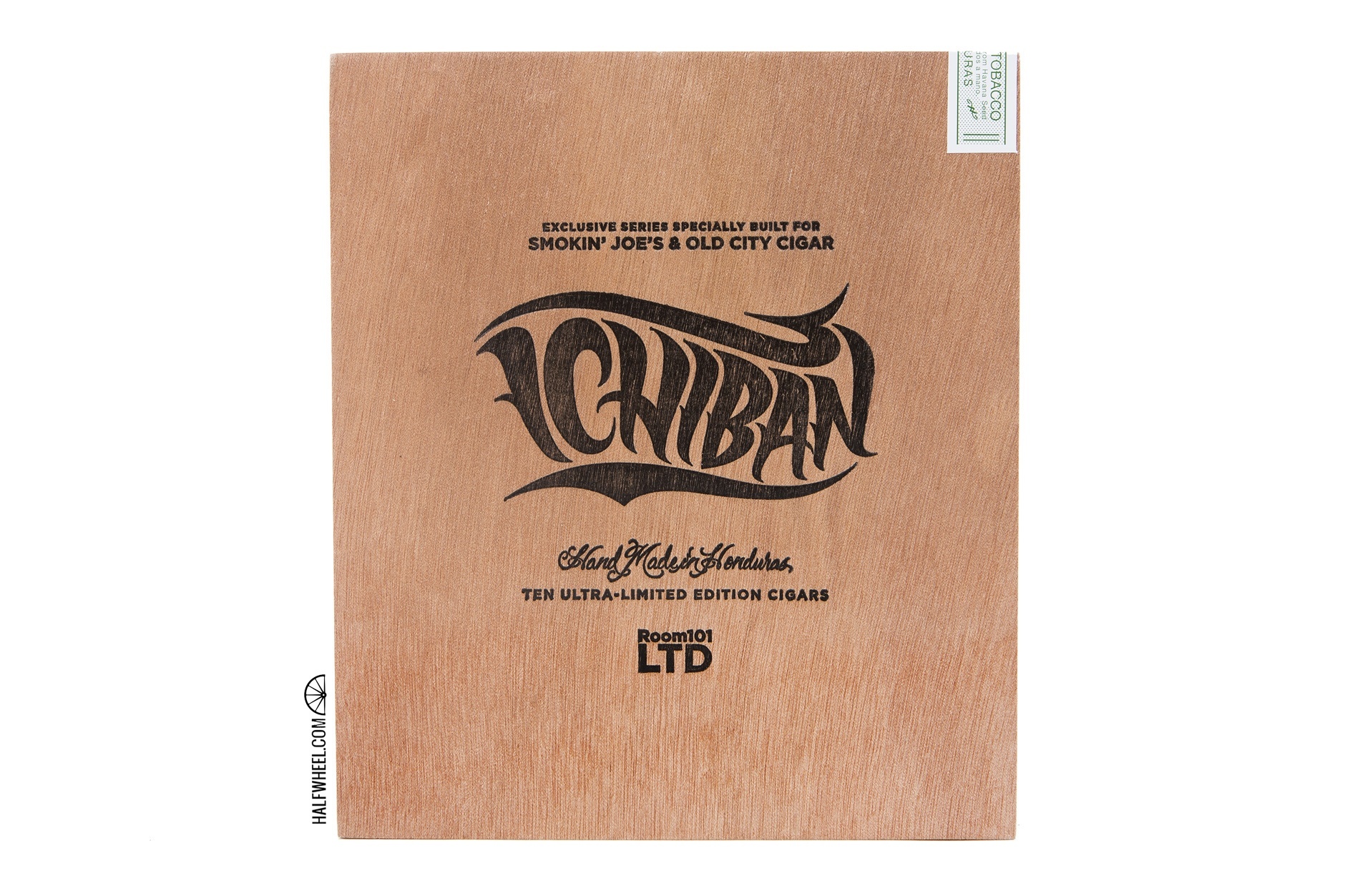 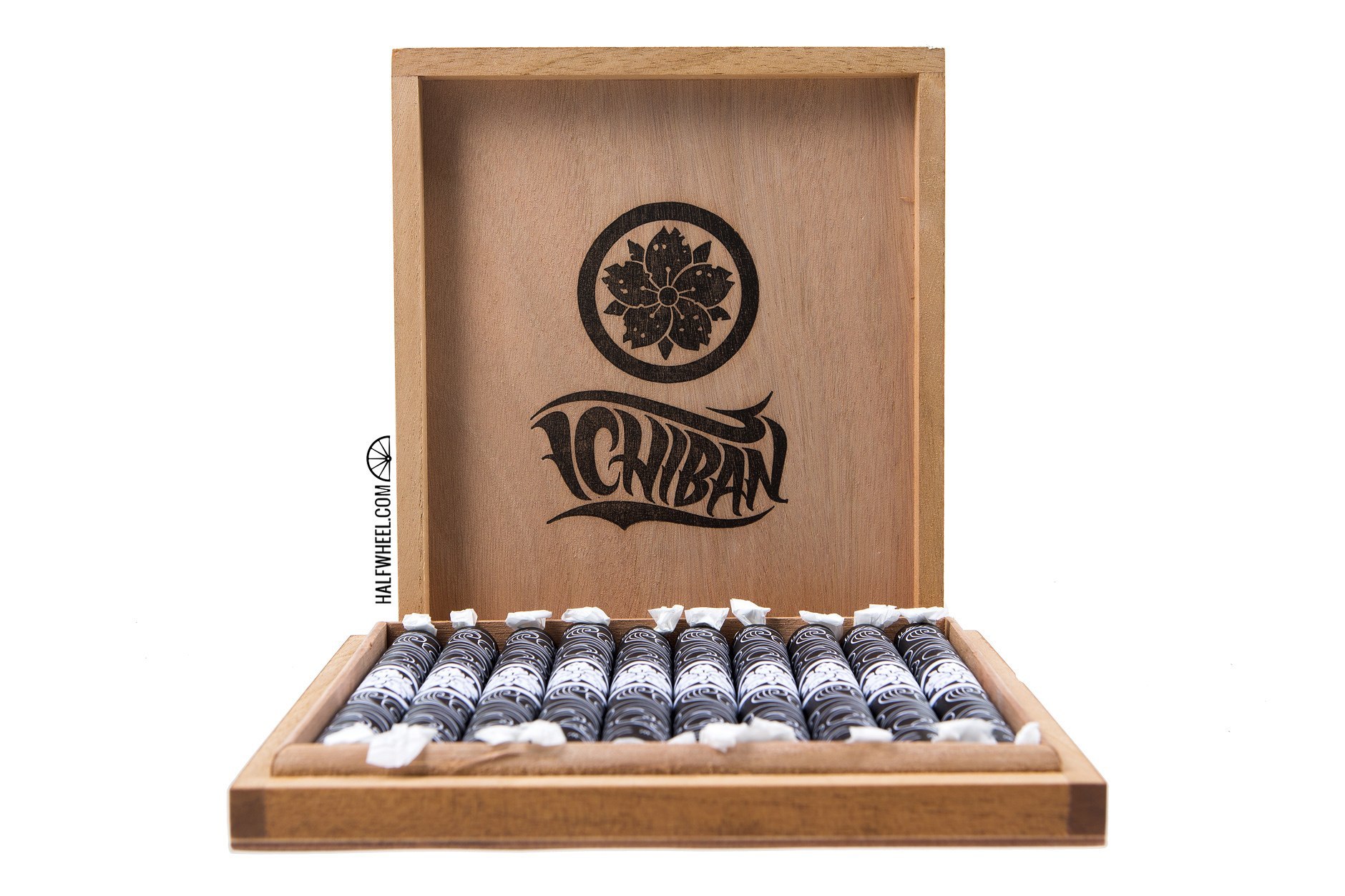 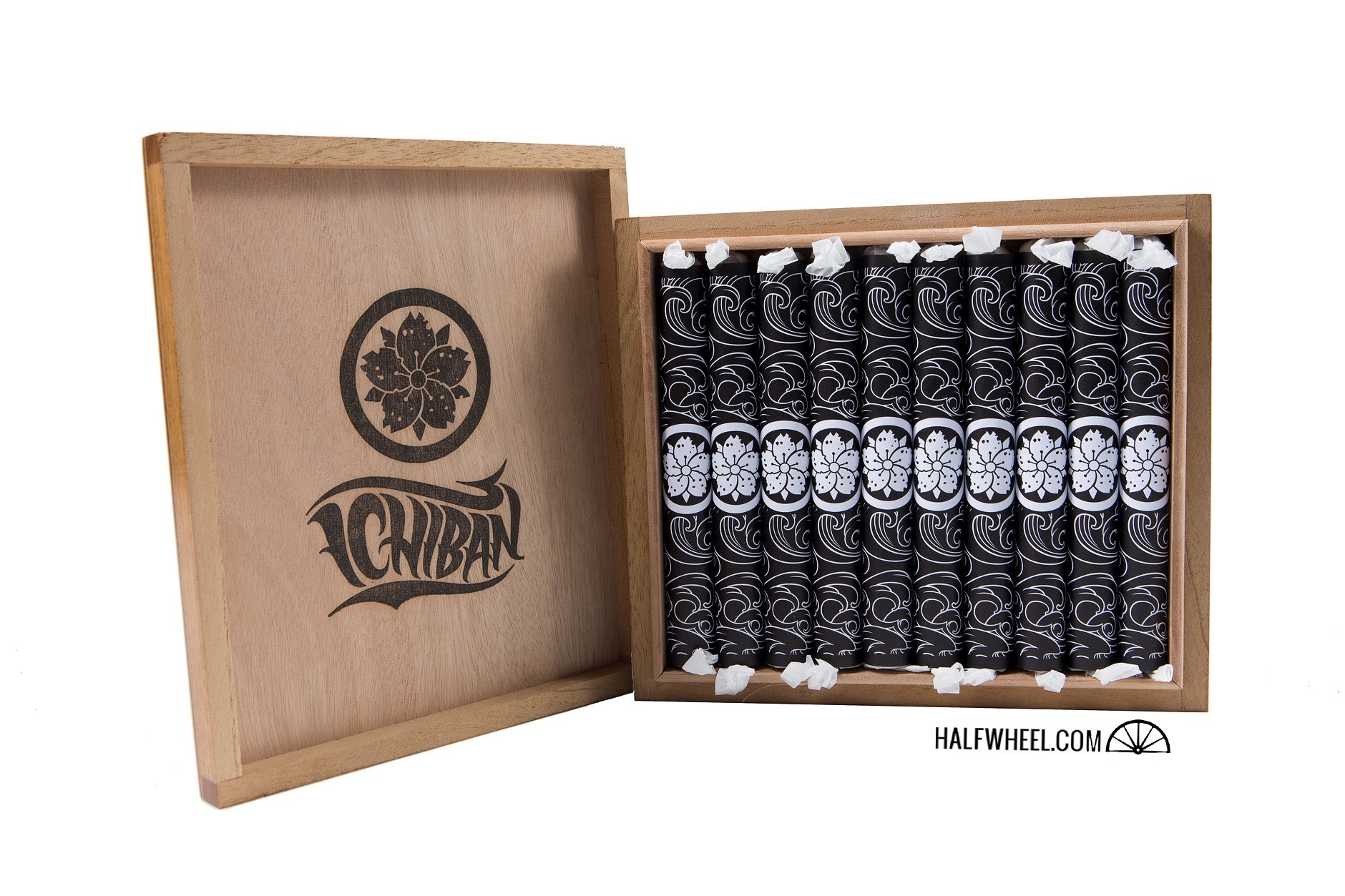 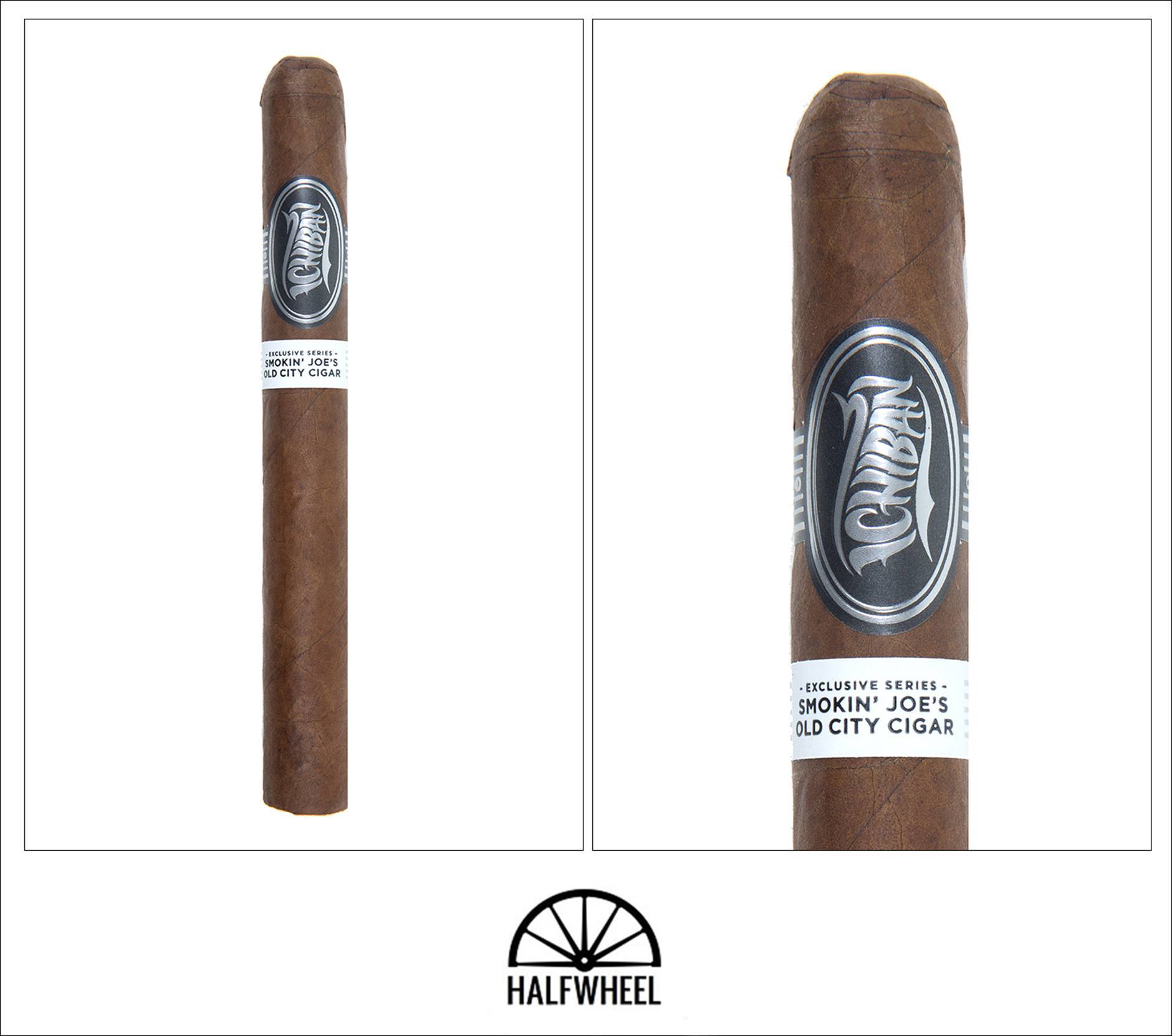 While I generally am not for anything that adds to the difficulty of smoking a cigar, I thought the paper wrapping was really well done and provides some protection, perhaps even a bit more than cellophane outside of the humidity aspect. Underneath is a dark brown wrapper with a fair bit of oils and some veins. Aroma off the wrapper is sweet with some leather and dried cranberry, and from the foot there’s coffee and a sweet cinnamon flavor that reminds of Red Hots candy. I’m a bit taken back by the cold draw, because the Red Hots are there again. Behind the cinnamon candy flavor is some dried earth and not much else.

Like the cold draw, the first puff is a bit open. That being said, the Ichiban Tiburon delivers some smooth nuttiness, mild black peppers and cocoa. There’s a semisweet finish but the peppers overwhelm the sweetness, which I can now identify as coming from citrus. While I was hoping the finish would change, it unfortunately does not. Throughout the first third there’s a harsh black pepper flavor in the center of the tongue. It can become bitter with the help of some toastiness, but the larger problem is that it also becomes overwhelming. When retrohaling there’s a lot to enjoy: meatiness, nuttiness and some hickory, but those flavors disappate after 15 or 20 seconds and then it’s a parade of black pepper. Even more problematic, that flavor lingers in the mouth until the next puff. The flavor is medium-full, strength is medium and body is medium-full. The draw remains a bit open, but I’m fine with it as the smoke production is great. Unfortunately, the ash isn’t very firm, falling off in weird chunks pretty early. 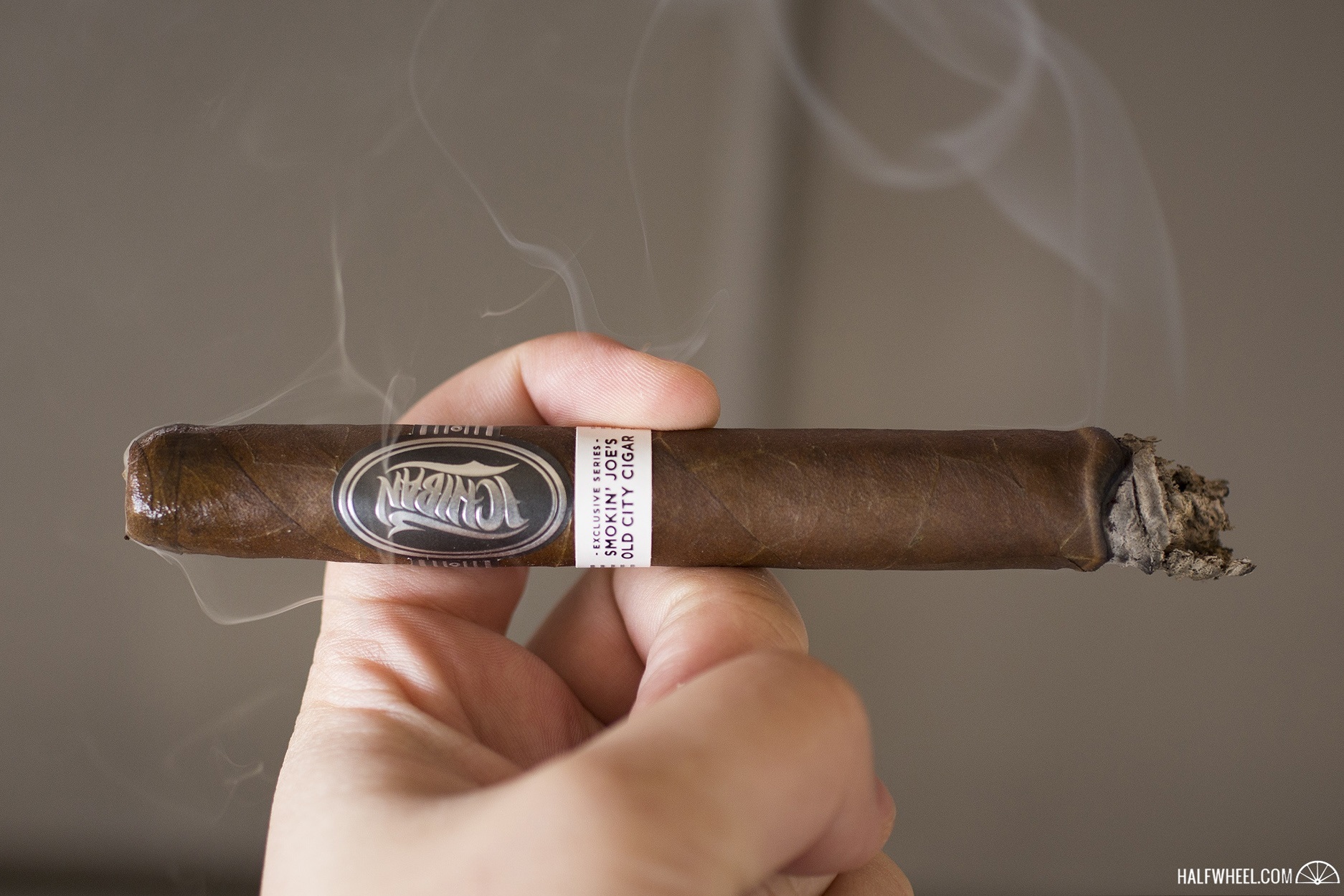 There’s a bit of good news by the second third, the harshness has toned down, slightly. In addition, raw cocoa and citrus are now joining the other three flavors in the nose. On two samples, it’s still being overwhelmed in the finish, although it’s now happening a bit later, 35 or 40 seconds after a puff. The only other positive thing about the harshness is that it’s now solely black pepper, devoid of some of the bitter characteristics I found in one cigar. As for the other two, there’s enough balance for me to enjoy the Ichiban. Not much else has changed. Three of the samples still have a flaky ash, while all have a somewhat loose draw and very good smoke production. Each puff through the second third of the Room101 Ichiban Tiburon gave some indication that the harshness was being lessened and by the final third, there’s a fair bit enjoyment. Citrus and woody flavors are able to last well after each retrohale while a generic sweetness lessens the impact of the black pepper. As it has been through the entire cigar, each flavor has a ton of life, but you can tell they aren’t fully developed. I’m able to smoke each sample down without the temperature heating up, which is good, because the last thing I wanted an hour and half in was an increase in harshness. 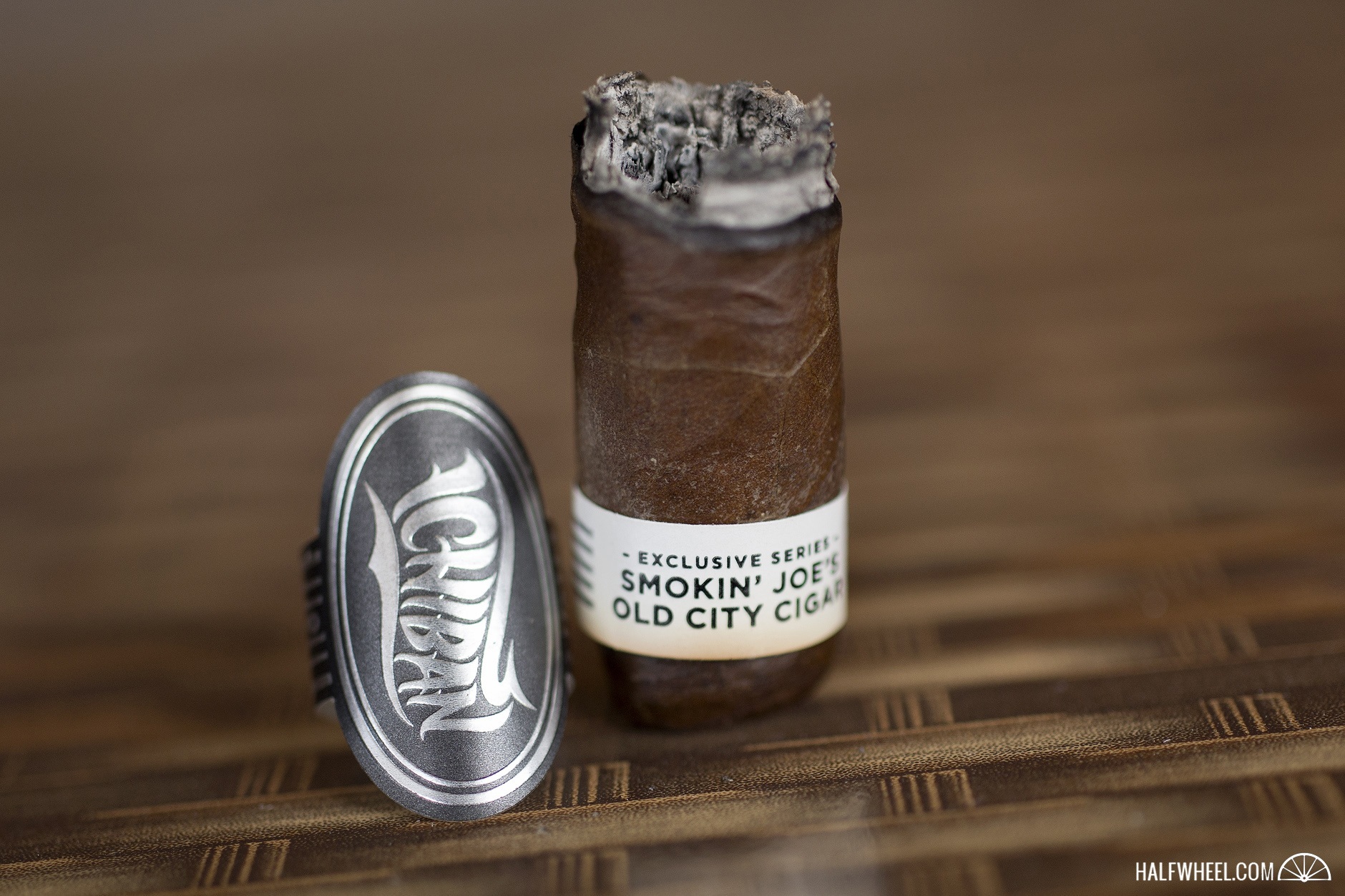 If your experiences are similar to mine, things are going to depend on two variables. One, are you retrohaling, because if you are not, there’s not going to be a ton to enjoy based off of the four cigars I smoked. Two, how prevalent is that harshness. On two samples, it was able to be restrained enough that the flavor through the nose not only overwhelmed it, but also lasted far enough into the finish that there was an enjoyable cigar. On the other two? It was too much at various points of the cigar, although by the final third, all four were enjoyable. If the Room101 Ichiban Tiburon can calm down, there’s remnants of a lot that could be very enjoyable, but as it stands right now, the harshness makes it challenging for me to want to grab another in the immediate future.