In mid-April, Room101 announced a follow-up to the original Daruma, the Daruma Gold. The new blend is not only being released in the same five vitolas as the original 2012 release, but also uses the same binder and filler tobaccos as the original, although it replaces the Ecuadorian habano wrapper with a San Andrés maduro wrapper from Mexico.

While they both feature the same typeface and background color, the accent colors have changed from silver to gold. The marketing materials have this to say about the release:

Evolution is the process that separates those in motion from those who are standing still. As we at Room 101 grow, we evolve in every way fathomable. Within this box you will find the evolution of the Daruma. The modifications you will experience in this particular blend are the by-product of our evolution and growth working within the premium tobacco craft.

This life has been nothing short of an adventure and we are proud to offer you tastes of this adventure encapsulated within these smoke-able vessels. With humility, we present to you an evolved taste of one of our finest cigars to date. We hope you dig it.

As with the original Daruma, there are five different vitolas, all in 20-count boxes other than the Papi Chulo vitola, which is sold in 50-count boxes: The Room 101 is covered in a dark mocha brown wrapper that has some tooth to it when felt. There is not very much give when squeezed, and there is no oil present that I can see at all. Aroma from the wrapper is a combination of strong, sweet tobacco, hay, coffee and pepper. The cold draw has some very strong dark fruit sweetness mixed with tobacco and earth.

The first third of the Room101 Daruma Gold Sucio starts off with a very distinct spicy barbecue note, basically a combination of spicy hickory, sweet sauce and chewy meat. The flavors seem to get stronger as the first third continues, and while it is the dominant flavor, I can still taste some leather and earth every once in a while. There is also some nice black pepper on retrohale, although it is fleeting and just not all that strong as of yet. Smoke production is massive and dense. While the draw is excellent, the burn is about average. Overall strength hits just under the medium mark by the end of the first third. Both the sweetness and creaminess in the profile really bump up a notch in the second third of the Room101 Daruma Gold Sucio, reminding me strongly of a sweet latte, while the spicy bbq flavor has all but disappeared. Other flavors include some oak, dark cocoa, nuts and tobacco, although none are overly strong at this point, while the black pepper on the retrohale has remained fairly constant. The strength has bumped up noticeably to slightly past the medium mark and smoke production continues to be enormous. Construction-wise, the Daruma Gold retains the excellent draw, and the burn seems to have evened up nicely as well. 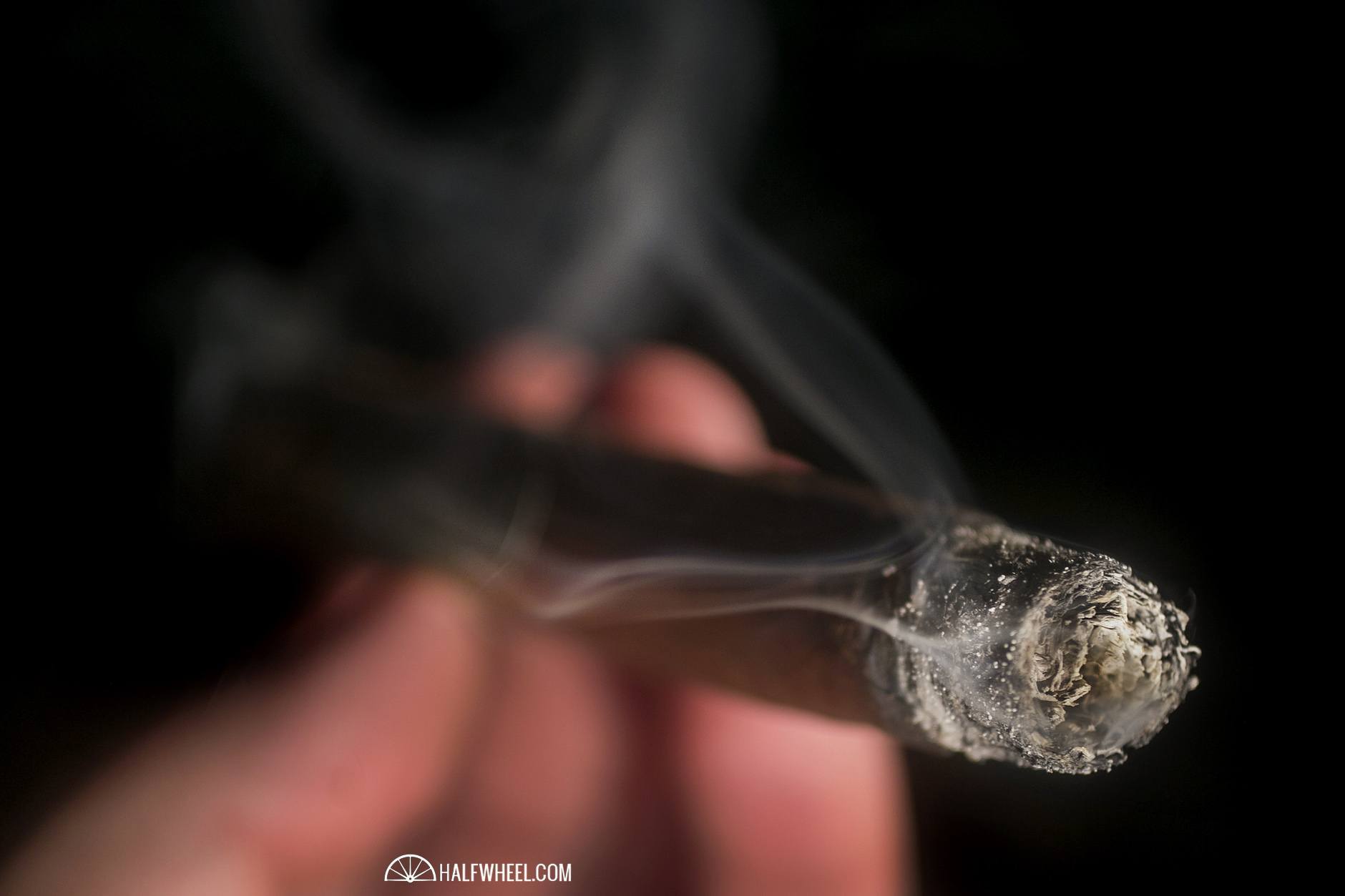 The final third of the Room101 Daruma Gold Sucio continues the creamy trend, but seems to loose quite a bit of the sweetness from the second third, gradually replacing it with a dominant leather flavor that rises above other notes of peanuts, earth, espresso and dark chocolate. The amount of black pepper on the retrohale has remained consistent throughout the cigar, and I am actually getting some slight spice on the tongue as well, although it is never very strong. The burn remains excellent, and the burn is fine at this point. The overall strength stalls out about halfway between medium and full, and the nub is nice and cool when I put it down with a little less than an inch left. I made no secret of the fact that I loved the original Room101 Daruma blend, and was hoping that this incarnation would be comparable. While I still think the first release was the better cigar, the new Daruma Gold is wonderful in its own right with a constantly evolving profile that kept me on my toes the whole time I was smoking it. Construction-wise, the burn was excellent on all samples, and the burn, while far from razor sharp, never gave me any major issues. I was really impressed with the blend, and look forward to trying the other sizes in the line.