Matt Booth’s Room101 is heading down a few new roads in the form of a new release, The Big Payback. Described as a release to give back to those who supported, it features lower prices, bigger ring gauges and a constant supply of Nicaraguan tobacco. 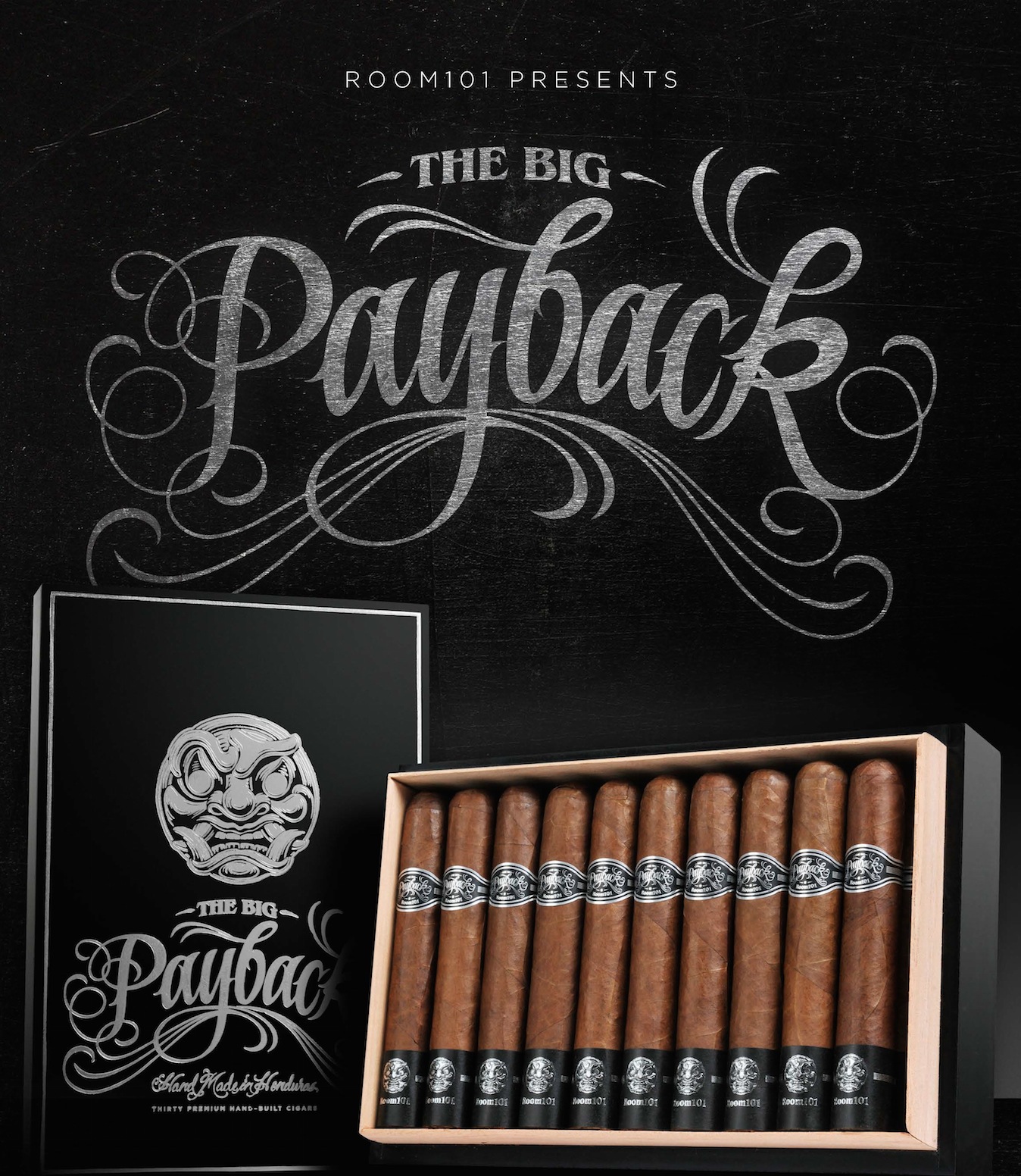 “Now I propose we give back to those who helped us get there in the first place,” said promotional material handed out to retailers. “The cigars in this series are priced well below where they should be.  This is a Payback of a different sort – my payback to you for the support and dedication over the years.”

Dirt Nasty is the TRUTH. I keep an umbrella with me at all times to shield me from the tears of my haters. I wear biker shorts to emphasize the profile of my helmet.

He also indicated this would be a regular offering and was not subject to production caps. “On this one we make as much as people want and we have enough tobacco to continue the production indefinitely… I developed this strictly based on need in the marketplace.”

The Big Payback has begun shipping to retailers. Room101 is distributed by Davidoff of Geneva USA, the cigars are made at Agroindustrias Laepe S.A. in Danlí, Honduras.