Anniversaries tend to be a fairly big deal in the cigar industry, and as such, there seems to be a new blend—or a new size in an existing blend—being released to commemorate some occasion or another from various manufacturers on a fairly consistent basis.

That was the case last year, when Room101 released a new cigar that was appropriately named 10th Anniversary, a 6 x 52 toro made with a Nicaraguan rosado wrapper, although the rest of the blend was not disclosed.

Fast forward to July of last year, when Room101 teased a followup to that first cigar named 11th Anniversary. However, it took another four months for the company to release the details of the new cigar, which turned out to be a Nicaraguan puro covered in a maduro wrapper sold in only one size, specially a 6 x 54 torpedo.

Only 1,000 boxes of 20 cigars were produced by an undisclosed factory, with each cigar priced at $10. 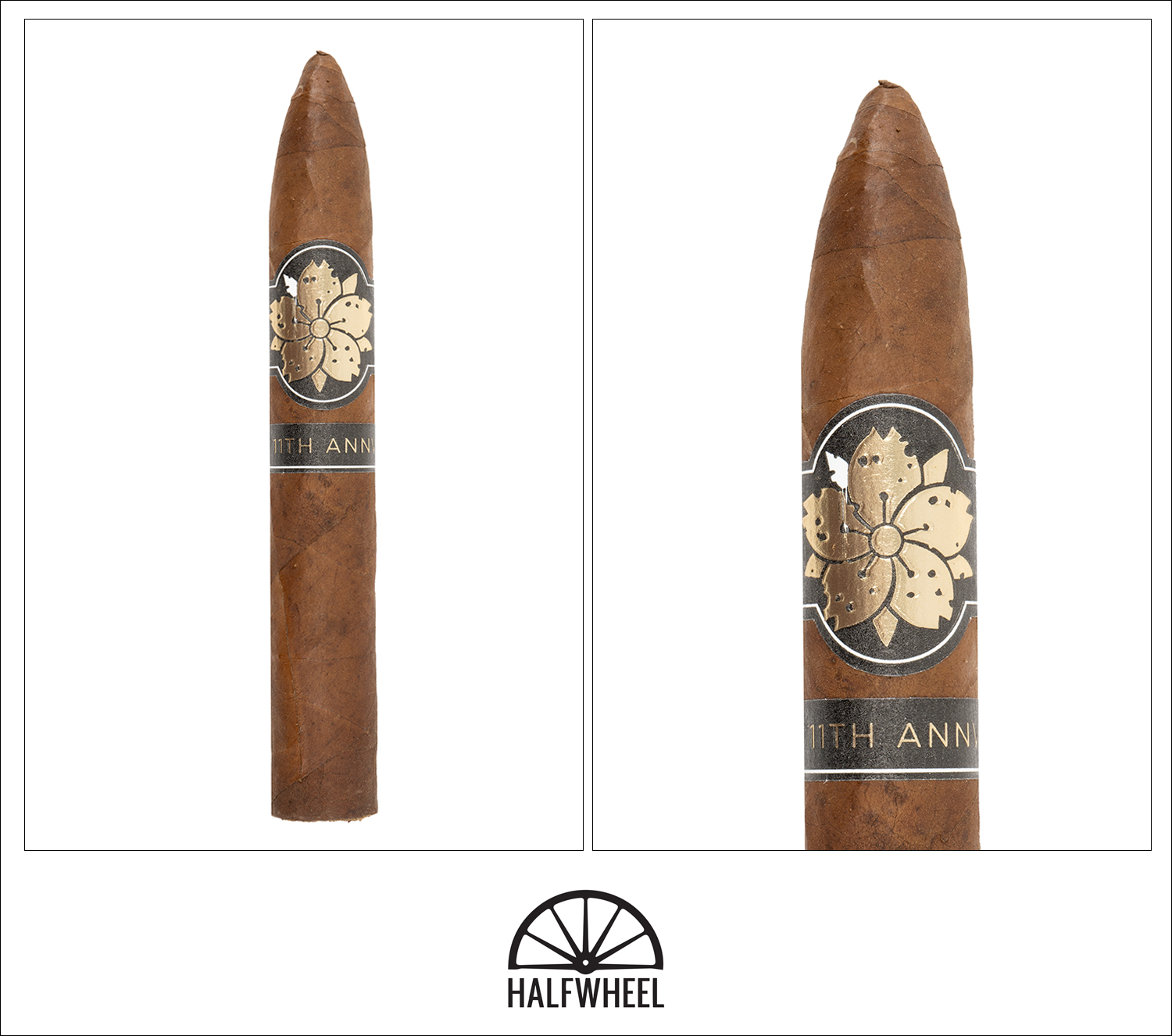 Visually, the Room101 11th Anniversary features a dark espresso brown wrapper with plenty of oil and overt veins visible. The cigar also has quite a bit of tooth to it and is just short of rock hard when squeezed. Aroma from the wrapper is a combination of noticeably sweet oak, earth, strong black pepper, leather, barnyard, hay and dark chocolate while the cold draw brings flavors of dark chocolate, hay, ground coffee, baker’s spices, black pepper, strong raisin sweetness and a noticeable amount of varnish.

The Room101 11th Anniversary starts out with a dominant toasted sourdough bread flavor, interspersed with notes of cashews, cinnamon, hay, espresso beans, oak and earth. There is some raisin sweetness noticeable on the retrohale that seems pulled over from the cold draw, and I am picking up some nice black pepper and spice as well, both of which seem to be happy stick around for a while.  Construction-wise, while the draw is great out of the gate, the burn gives me some issues early on that forces me to touch it up quickly, but it seems fine after that. The smoke production is massive off of the foot and the strength hits a point closer to medium than mild by the end of the first third. There is a shift in the dominant flavor during the second third of the new Room101, with a distinct powdery cocoa nibs note overtaking the sourdough bread flavor from the first third, although the latter is easy strong enough to remain a major part of the profile. Secondary notes of oak, cinnamon, generic nuts, hay, and bitter espresso beans flit in and out, while both the black pepper on the retrohale and spice on my tongue have receded a bit, the raisin sweetness is still going gangbusters. Thankfully, the burn evens up nicely and the draw continues to give me no issues, while the smoke production remains well above average. Strength-wise, the cigar only increases a tiny amount, but that does put the profile just under the medium mark by the time the second third ends. Unfortunately, the raisin sweetness that has been just a major part of the profile in the preceding thirds of the Room101 11th Anniversary seems to recede quite a bit during the final third, while the profile continues to be dominated by the same powdery cocoa nibs note. That dominant flavor is followed by other notes of freshly roasted coffee beans, hay, leather, peanuts and generic citrus. In addition, the spice on my tongue and slight black pepper on the retrohale pulled over from the previous two thirds are still noticeable, both have significantly reduced from their high points. In terms of construction, the draw is as excellent as ever and the burn continues to give me no major issues while the overall strength reaches a solid medium by the time I put the nub down with about an inch remaining. I have enjoyed a number of more recent Room101 releases that I have smoked. Although the 11th Anniversary falls short of being in the top tier of the brand’s creations, it has a nicely complex profile full of toasted sourdough bread, powdery cocoa nibs and cinnamon along with a persistent raisin sweetness and some significant black pepper on the retrohale keep it in contention. Construction was decent without being over the top great—with the draw easily being the highlight—and the solid medium strength was well-integrated, all of which combine to make this a very enjoyable addition to the Room101 brand.