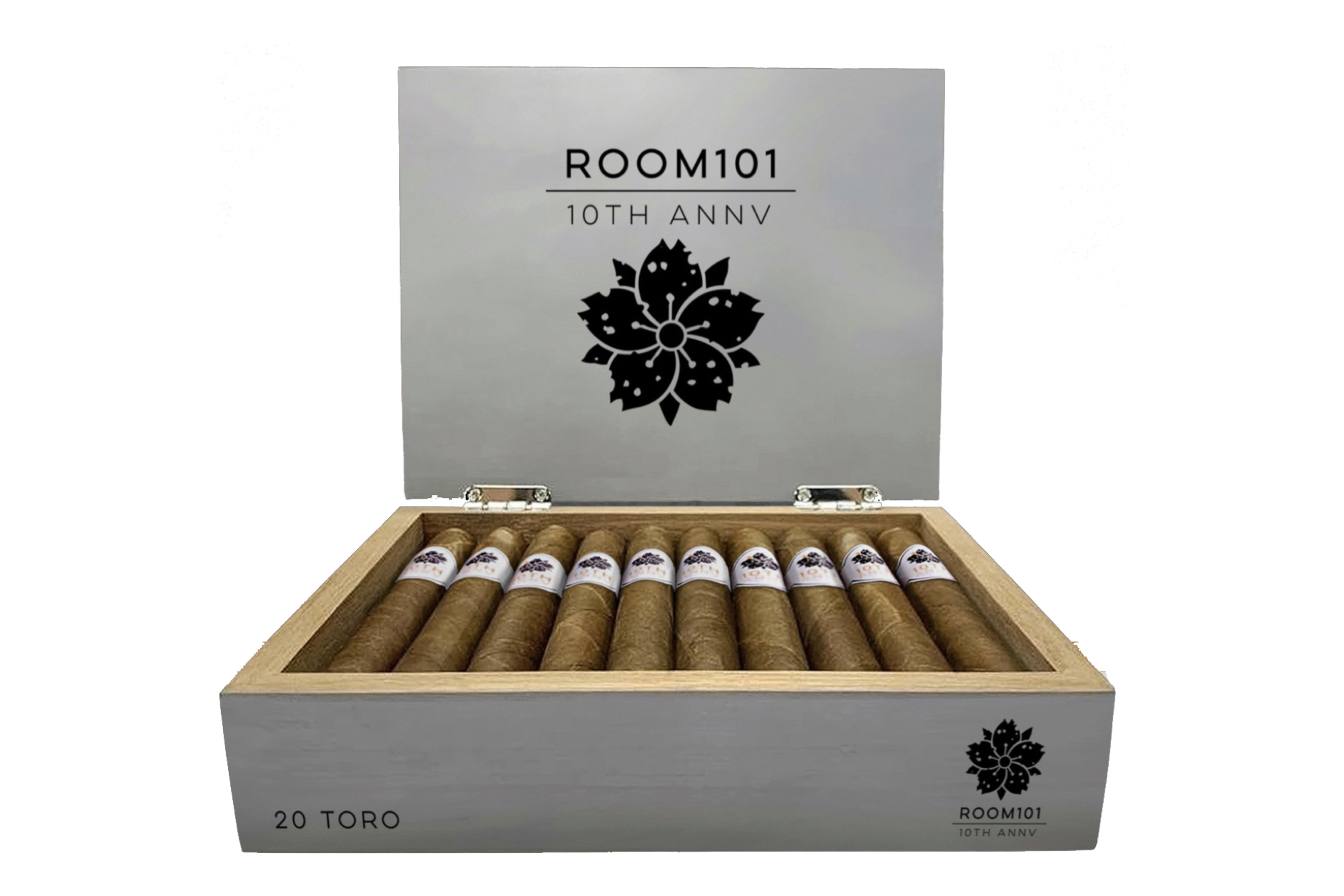 A decade ago, jeweler Matt Booth brought his Room101 brand to the world of cigars through a partnership with Camacho. While many things Room101 has done in the cigar industry have been different, the brand will be the latest on a long list of cigar companies to celebrate a major anniversary with a special cigar.

The Room101 10th Anniversary is a 6 x 52 toro made by A.J. Fernández, though the company isn’t disclosing any part of the blend outside of the Nicaraguan rosado wrapper.

The Room101 10th Anniversary will debut at the 2019 IPCPR Convention & Trade Show, which begins June 29 in Las Vegas, and begin shipping to retail stores in July.