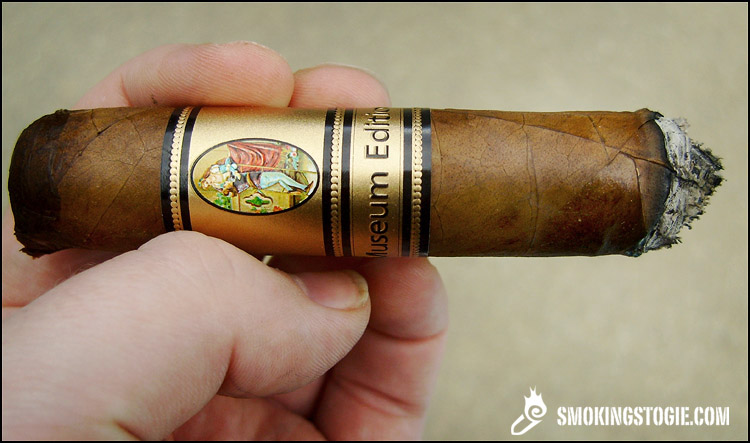 Released in 2,000 humidors of 36 cigars, the Romeo y Julieta Museum Edition was never cheap, priced at around $30 each. A 6 x 54 cigar in an elegant looking brushed glass tube placed in a one of a kind humidor donning 3-D art work by a very popular artist named Charles Fazzino.

Here is some info I found on Charles Fazzino as well as the humidor itself:

Charles Fazzino is one of the most popular artists in the world today. As a creator of limited edition fine art prints, he is best known for his obsession with bright colors, wonderful detail and the unique hand-assembled, 3-D layering technique that brings his images to life. His art work can be found in the private collections of hundreds of prominent collectors and sports and entertainment celebrities. He has been commissioned to paint masterful tributes for many high-profile events including the Super Bowl, the MLB All-Star Game, NASCAR’s Daytona 500 and GRAMMY Awards. The Limited Edition 3-D Giclee print was specially commissioned for Romeo Y Julieta. It was on 100% Rag Museum Board and paper. Once printed each image is meticulously cut and assembled and embellished by hand, establishing each print as a unique work of art. This very special Romeo y Julieta edition is limited to 2,000 prints and each individual print is hand numbered and signed by the artist.

The humidor and presentation are pretty spectacular. This is truly a collector piece and would make a wonderful working humidor if you managed to smoke all 36 cigars.

As a side note, this year Altadis has used Charles Fazzino once again to showcase a cigar. In honor of the Super Bowl they released the Montecristo Museum Edition Super Bowl Humidor, using basically the same outline as the original except for a Super bowl 3-D Image. However, it is a much larger cigar coming in at 6 x 56. 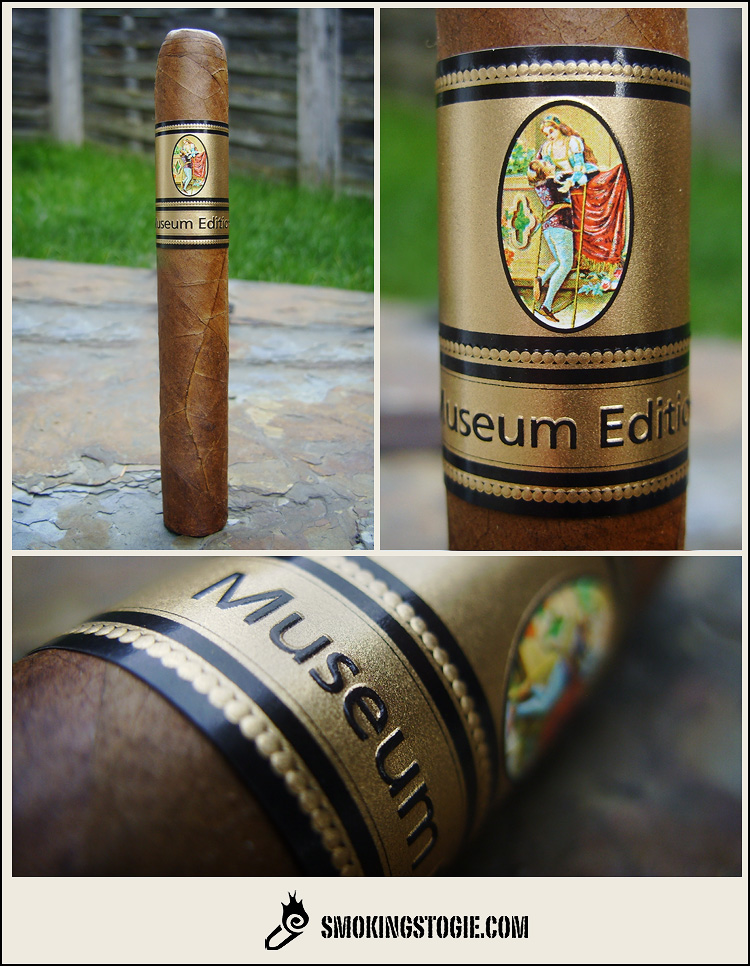 In general, I am not a fan of non-Cuban Romeo y Julieta cigars, but this one looks and smells nothing like your average Romeo y Julieta stick. It has a beautiful rosado-colored wrapper and is full of oil and sheen. It’s a very well constructed cigar and is firmly packed and appears seamless. It also has a really nice triple cap and sports what looks like a second band that says Museum Edition, but it’s really just one whole band.

As far as the prelight aroma goes, I must also point out that it smells nothing like your average Romeo cigar either. It has a rich tobacco scent with some leather and a Cuban-like barnyard aroma. It reeks of high quality tobacco and you can tell they used some reserve tobacco of some kind. The cold draw is very mellow. I can hardly taste much of anything except a faint tobacco note as well as a touch of cedar.

Starting off in the first third the cigar fires up with ease, I get a nice tobacco flavor, some sweet nuttiness as well as some leather and spice. Right away the smoke is very full and creamy, almost chewy. The cigar is putting off lots of smoke and there is a buttery note on the finish followed by a spice and pepper that has a lot of heat, like cayenne pepper; a very nice start. 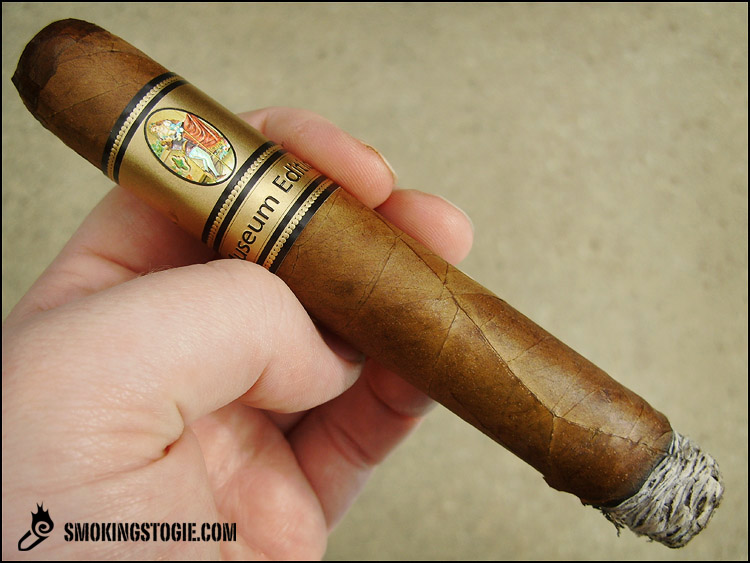 Coming into the second third, more of a woody character has taken hold. There is still a very creamy profile present, especially through the nose. Flavors of nuts and leather still fill my palate and the spice and pepper on the finish comes in and out with each puff, very interesting and pleasing I must say. This is definitely a medium to full bodied smoke but quite mild in actual strength. The finish is very long and the ash is holding strong into the second third.

Finishing up in the final third the cigar turns quite earthy and woody. The leather has completely disappeared and for the first time I am getting a touch of coffee. It’s a very mellow coffee flavor, not burnt or showing any roasted flavors. The smoke itself smells very bready, almost like if you stuck your nose in a bag of bread or grains. It’s very distinct and very pleasurable. Towards the very end the cigar starts to exhibit some bitter qualities. It’s quite hot but I am able to push through and nub it quite easily. 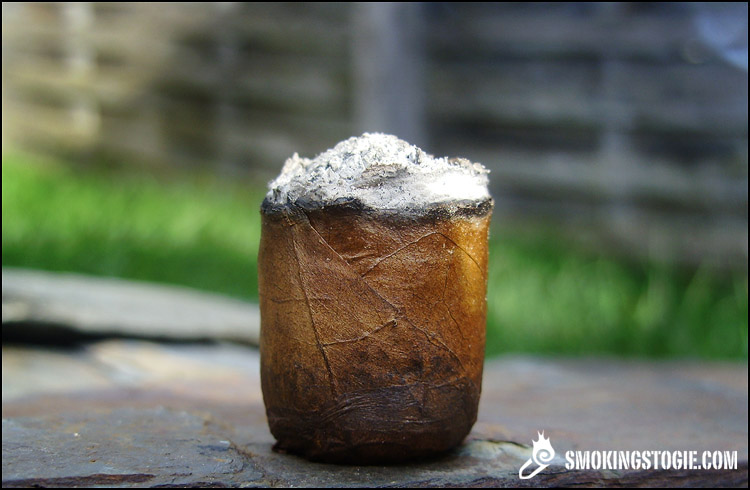 Shockingly, I actually enjoyed this cigar quite a bit. It incorporated a lot of the things I like in a cigar: flavor, complexity, spice, pepper and a rich creamy smoke. If it weren’t for the price I would smoke them every week. That right there is the issue, the price. 95 percent of the time I would reach for a high-end Padrón for about the same amount of money. I realize that a lot of the price goes into the elaborate packaging and the fancy humidor, but perhaps they could release a similar cigar with similar tobacco and forget the bells and whistles. Until then, I am saying this is a great cigar, much better than most released by Altadis.