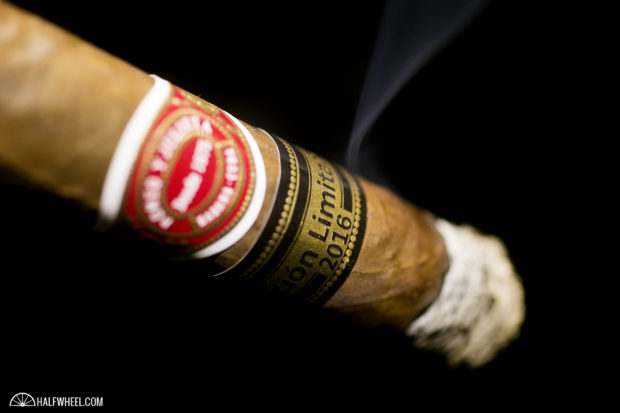 The cigars feature a distinctive black on gold secondary band, though that’s not the primary feature of note. Habanos S.A. says that the wrapper, binder and filler are aged for each two years. Oftentimes, the wrappers used are a bit darker than the cover leaves found on the regular production offerings from the respective marca.

Furthermore, the cigars are made in sizes that are not part of the regular offerings for a specific brand. As I’ve noted before, what’s unique about the Edición Limitada series is that it seems to be open to the full roster of brands in Habanos S.A.’s portfolio. Habanos divide brands into four categories: Global, Niche, Multi-local and Local. Many of its series are limited to specific categories. For example, Gran Reserva and Reserva cigars have only been from Global Brands. Conversely, Edición Regionals are restricted to Local and Multi-Local Brands.

While it certainly has been more focused on the Global and Multi-Local brands, all four categories have had at least one brand receive an Edición Limitada. 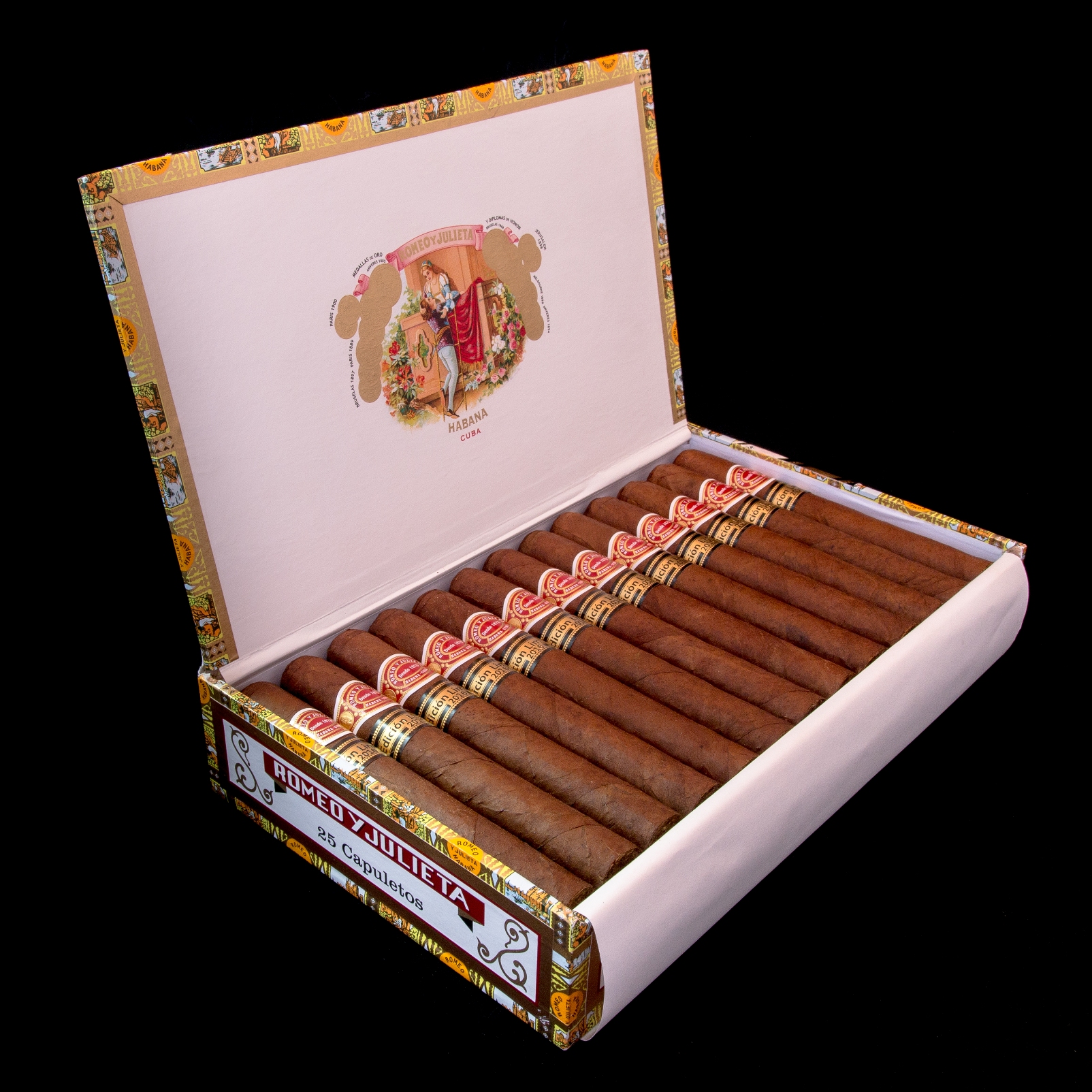 The latest Romeo y Julieta Edición Limitada isthe Capuletos, a 6-inch (153mm) x 53 parejo known as the Sobresalientes. It launched in Italy on Sept. 21 and other markets began selling the cigar later on that week. While the Edición Limitadas are, as the name implies, limited—production numbers are not released. 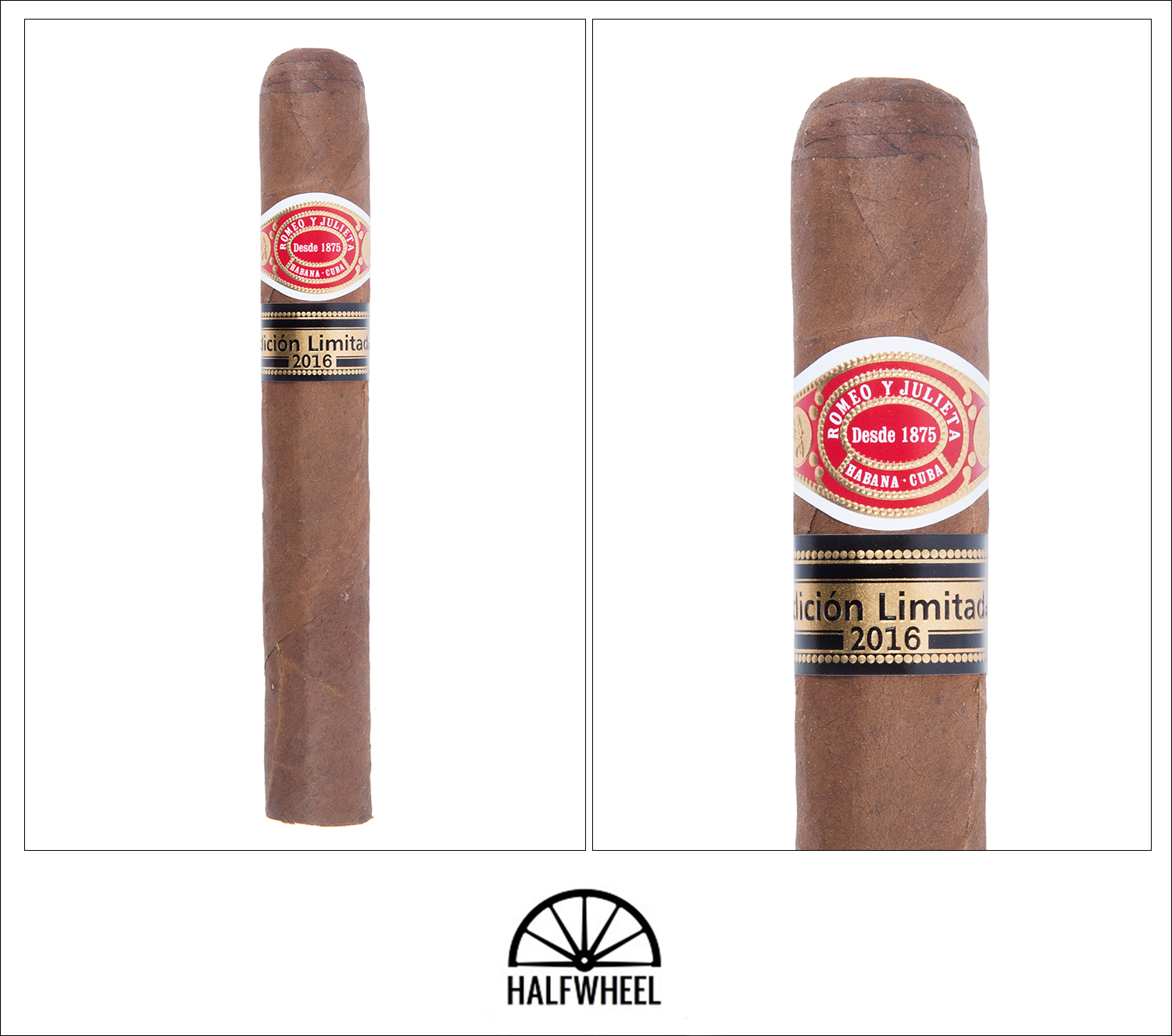 My samples are certainly not as dark as some Edición Limitadas, but I wouldn’t argue with them being a bit darker than a typical Romeo y Julieta. All three cigars seem well-rolled, except for a hard spot above the band. From the foot I get sweet cocoa and a multi-grain bread flavor that reminds me of some nine-grain bread a neighbor of mine used to get when I was a kid. While I’m certain the chorus will disagree with the actual descriptors, the cold draw tastes more Montecristo than Romeo. It’s got some sweetness, though not as dominant as it so often is on Cuban cigars. Behind the twang is some alfalfa, orange bitters and faint hints of European-style, err tomato sauce, ketchup.

The Capuletos begins with some mild sweetness, though it’s much more acute than the floral sensations ion the cold draw. Pretty quickly the muted tomato flavor takes over in front of some burnt meats and a distinct toastiness. Unfortunately, those hard spots I identified before lightning up make their presence known once smoke is passing through the cigar. It’s not problematic yet, but the draw certainly tightened once the lighter hit the foot. Eventually, the flavor settles into a mixture of woods and peanut shells with a juniper flavor a close third. There’s lemonade and peanut shells in those, along with some of the multi-grain bread flavor that I identified early on. One sample sees the draw loosen slightly, but it’s clear on all three that there are issue. Flavor is medium-full by the end of the first third with strength and body at medium-plus. 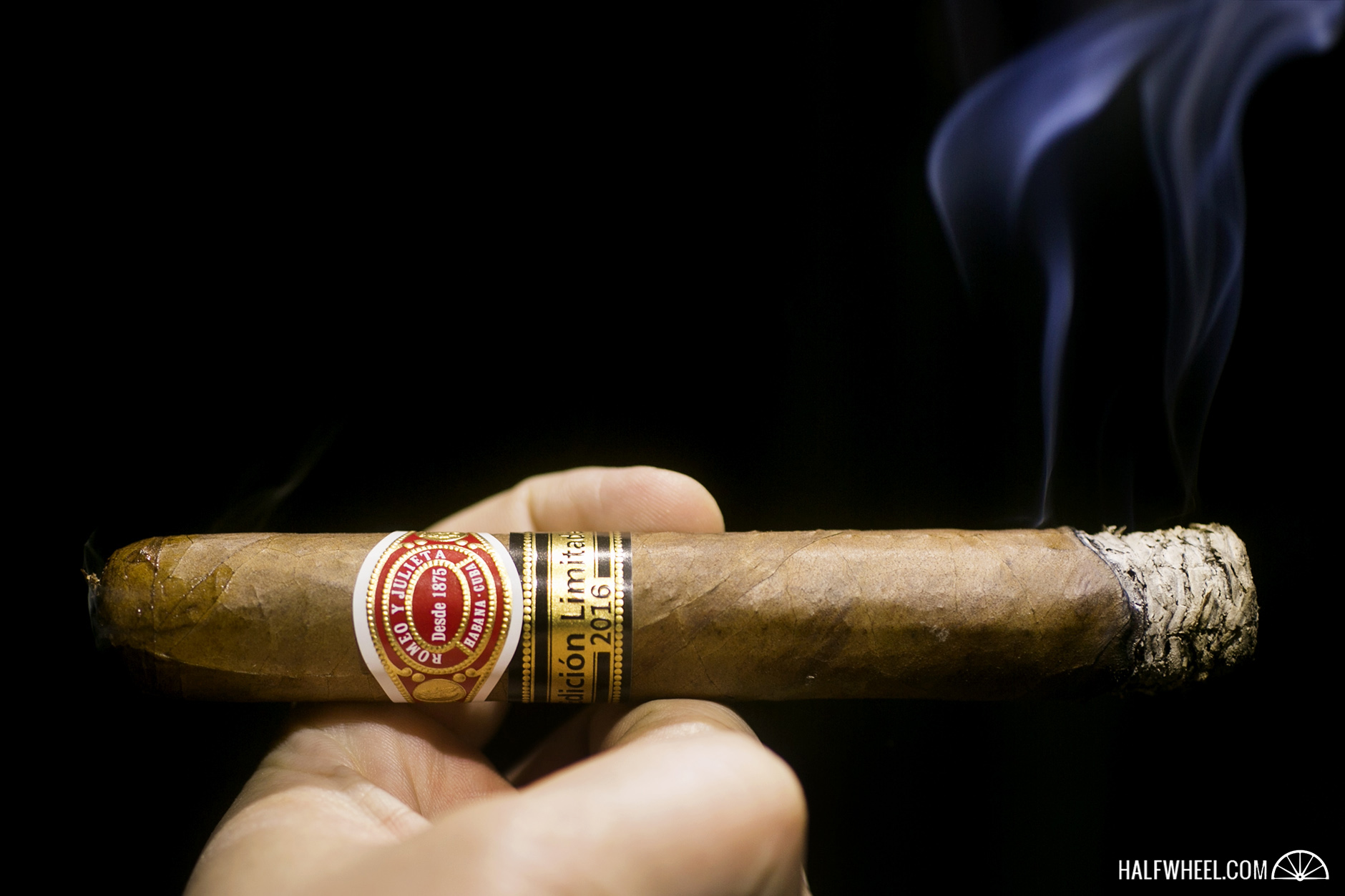 By the second third of the Romeo y Julieta Capuletos, I’m wondering if these cigars were bunched just enough to be problematic. None of the three cigars are plugged, but all are suffering from fairly serious knots, which certainly aren’t helping the flavor. It’s still quite detailed: a big Vietnamese iced tea, some bark, sweet gingerbread and hickory—but there’s not as much smoke as I’d like entering the palate. The finish of the retrohale has damp earth before a big kosher salt emerges to help cleanse the palate. Flavor is medium-full, body is medium-full and strength is medium-plus. 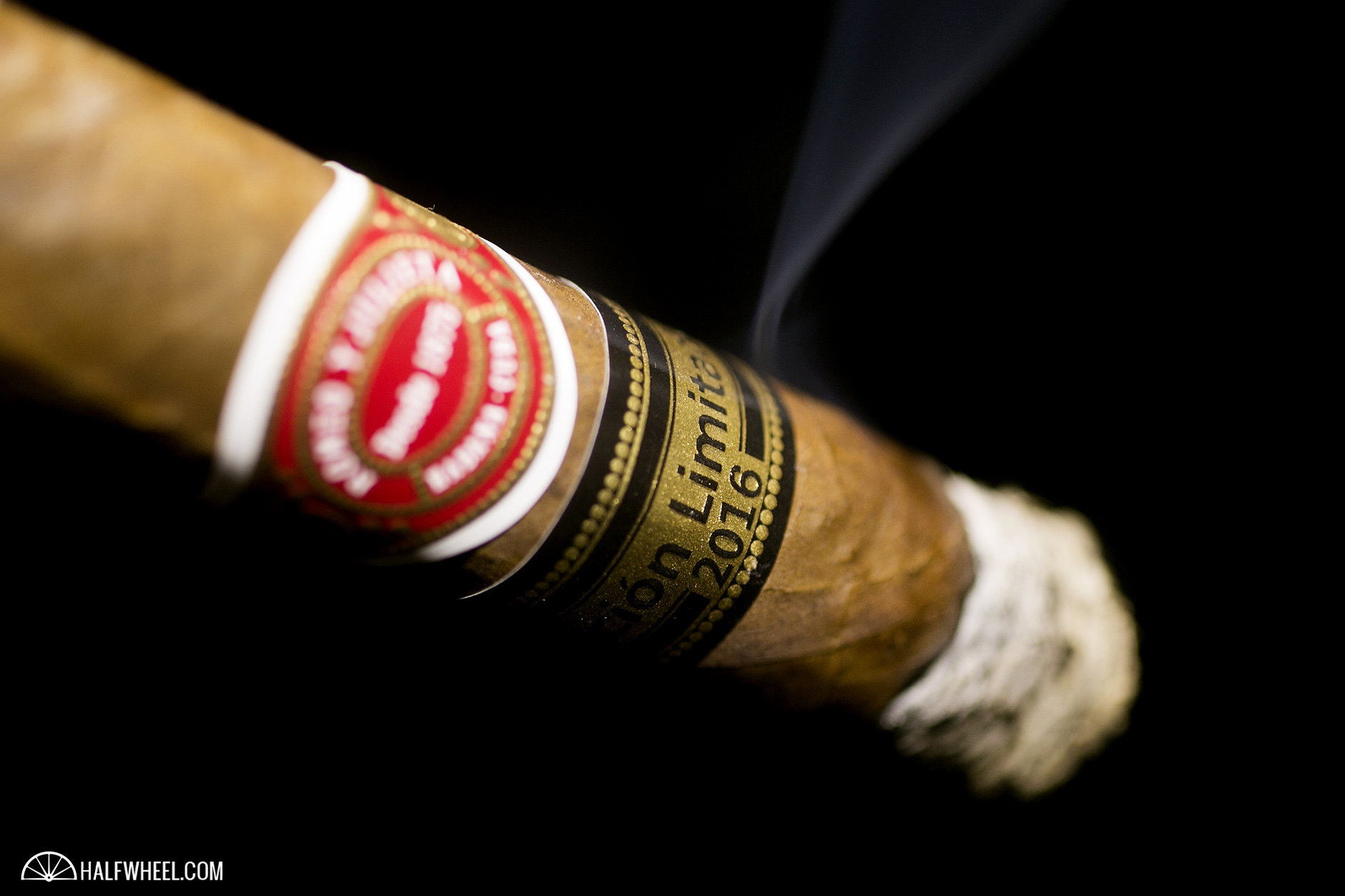 The flavor begins to fall apart in the final third. It certainly isn’t being helped by the tight draw. There’s less sweetness and the peanut shells return to the forefront of the profile. Behind that is some paprika, lemon drops and some burnt woods. With less than two inches left, the saltiness from the peanuts isn’t helping things as the saltiness is already quite strength. Strength picks up to medium-full, but otherwise things remain the same. 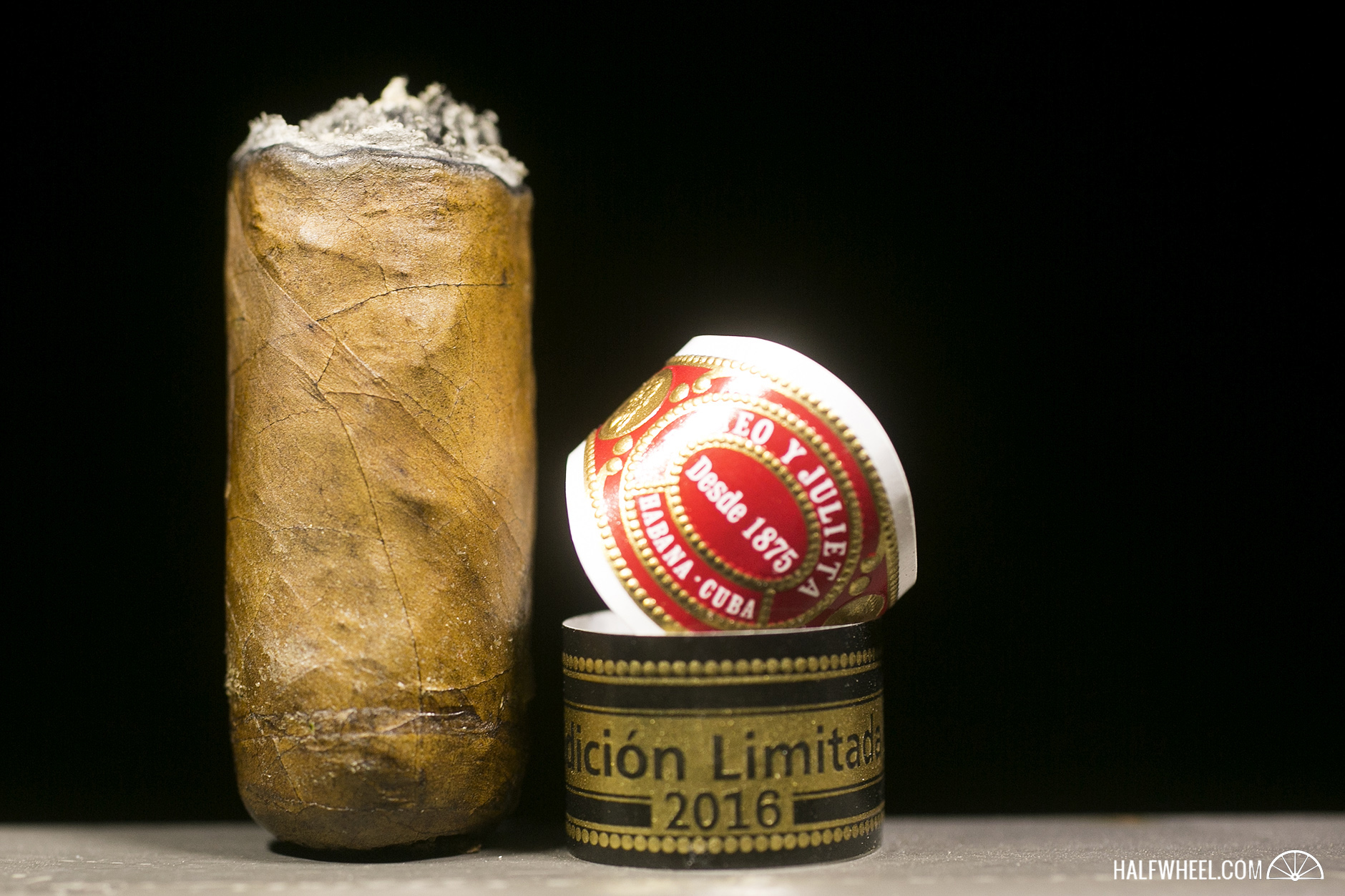 After three cigars, I’m led to believe—despite the score—that this is a very good tasting cigar. The problem is that all three samples had noticeably hard spots almost entirely at the cap. And as such, for much of my time with the Romeo y Julieta Capuletos, airflow was extremely restricted. I am often asked if Cuban cigars are the best in the world. Longtime readers of this site know what’s coming. My response is always the same: when Cuba wants to, they can make the best cigar in the world—most days, they choose not to. This is one of those days. It’s a shame too because there’s all the indications that flavor-wise, this is a winner.