In early 2018, Altadis U.S.A. collaborated with Tampa-based retailer Thompson Cigar and AJ Fernandez to produce a Nicaraguan puro Romeo y Julieta blend named Romeo y Julieta RyJ Nicaragua by AJ Fernandez. The Thompson store exclusive was a regular production line that incorporated a habano 2000 wrapper and was released in four different vitolas. Another Nicaraguan blend followed in 2018, when Altadis released the Romeo y Julieta 1875 Nicaragua during the 2018 IPCPR Convention & Trade Show, a regular production line made up of all Nicaraguan habano leaves rolled at the Plasencia factory in Estelí, Nicaragua.

“Getting to work with the Plasencia family on this cigar which uses a Connecticut seed wrapper grown in Nicaragua, is for me an honor,” said Rafael Nodal, head of product capability for Tabacalera USA, in a press release. “This cigar is intriguing. It’s not a Connecticut cigar, nor is it a Nicaragua cigar. It is the first Connecticut-Nicaragua Cigar. And that makes for a big difference.”

The Nicaragua Connecticut line was launched with four different vitolas, three of which—the Bully, Toro and Churchill—are packaged in boxes of 25, while the 6 x 60 Magnum is sold in boxes of 20. 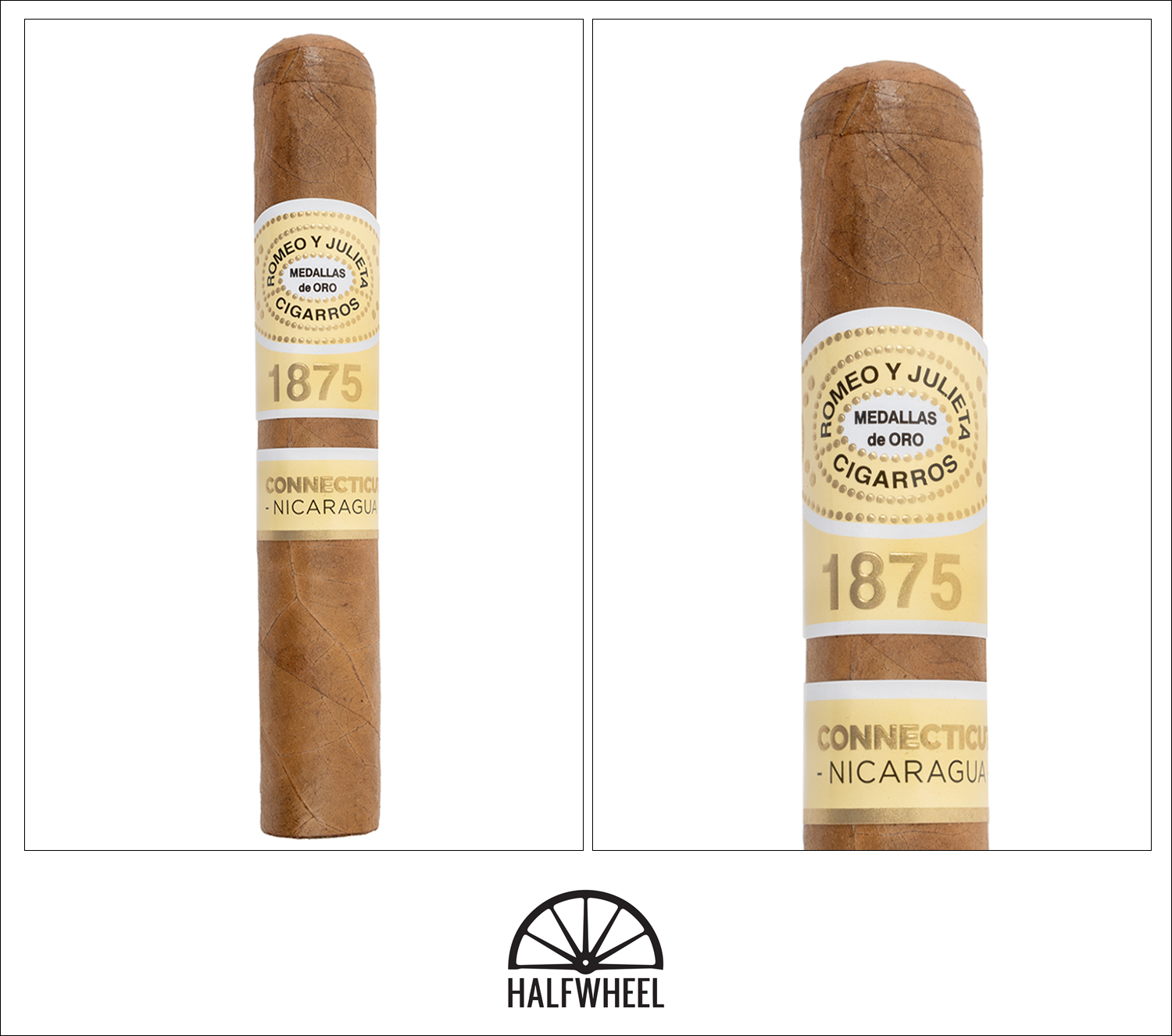 Visually, the Romeo y Julieta 1875 Nicaragua Connecticut is covered in a golden brown wrapper that is smooth to the touch and features numerous obvious veins running up and down its length. In addition, the cigar is slightly hard when squeezed and there is a noticeable—albeit likely unintended—box-press when viewing the foot. Aroma from the wrapper and foot is a combination of cedar, honey sweetness, slight mint, leather, sweet hay, earth and manure while the cold draw brings flavors of cake batter sweetness, leather, hay, cedar, tree bark and a touch of varnish.

The first third of the Romeo y Julieta 1875 Nicaragua Connecticut Bully features a dominant flavor of strong unbuttered popcorn, followed by lesser notes of hay, creamy cedar, cinnamon, barnyard and manure. There is a very slight honey sweetness on the retrohale that seems to be getting stronger, along with a surprising amount of both white pepper and spice on my tongue. While not overwhelming by any means, I am also tasting a bitter espresso note on the finish that comes and goes randomly, although it does make itself more obvious as the first third continues. Construction-wise, the draw features just the right amount of resistance, but the has trouble early on, forcing me to touch it up twice. The overall strength is just not an issue yet, and it barely hits a point halfway between mild and medium by the time the first third comes to an end. 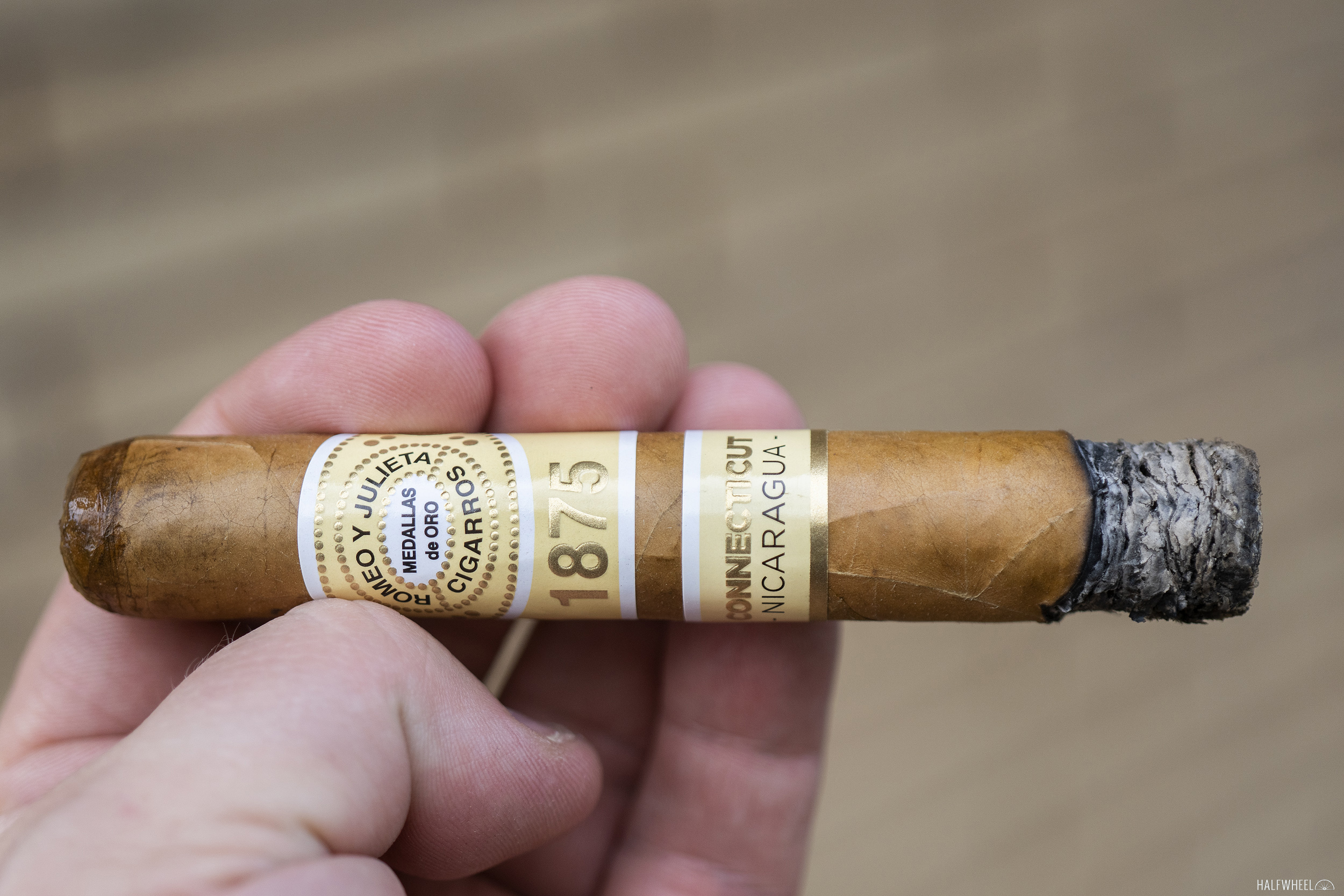 As the second third of the Nicaragua Connecticut Bully begins, the bitter espresso bean note on the retrohale becomes more aggressive, albeit not nearly strong enough to knock the unbuttered popcorn flavor off of the top spot. Other notes of cedar, leather, hay, dark chocolate and slight floral flit in and out, while the honey sweetness on the retrohale has picked up steam, it is still far from becoming a major part of the profile. In addition, the white pepper on the retrohale has receded and the spice on my tongue has all but disappear, never to be seen again. Thankfully, the burn has evened up enough that I don’t have to worry about it for the moment and the draw continues to impress, and although the overall strength is still fairly light, it does come a bit closer to the medium mark by the end of the second third and is still increasing. 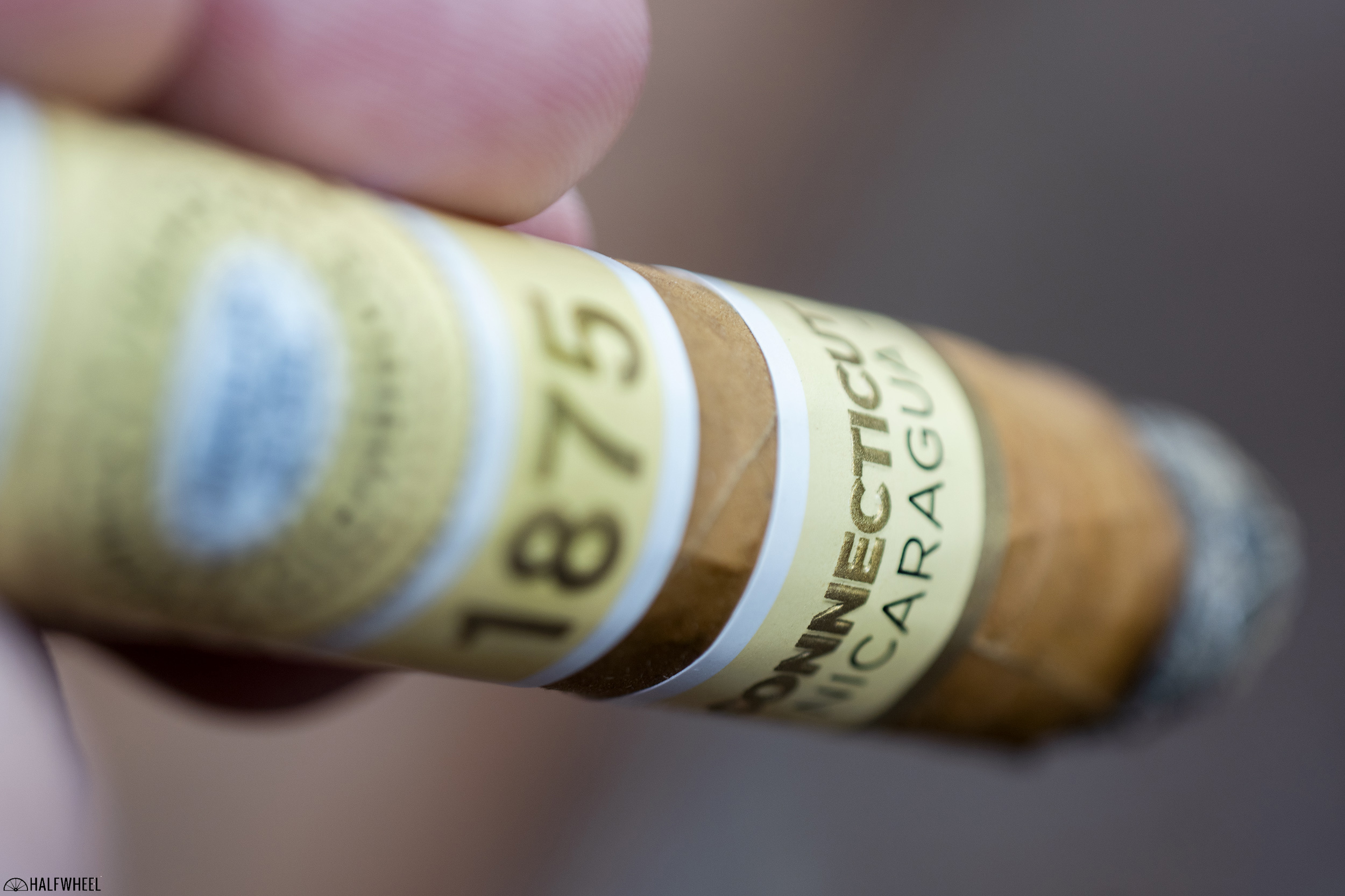 While the profile in the final third of the Romeo y Julieta 1875 Nicaragua Connecticut Bully is almost identical to the second third—including the dominant unbuttered popcorn flavor—a new generic citrus note joins the already existing flavors of leather, hay, espresso beans, cocoa nibs, cinnamon and hay. Both the honey sweetness and white pepper continue to dominate on the retrohale, but both do begin to recede noticeably as the final third comes to a close. In terms of construction, the draw remains one of the bright spots, and although the burn is far from razor sharp, it needs no help with the lighter at any point either. Finally, the overall strength does increase enough to pass a point just under the medium mark but never threatens to go any further before I put the nub down with about an inch remaining. I am a big fan of Nicaraguan tobacco in general, so I was really looking forward to what the unique Connecticut wrapper used on the Romeo y Julieta 1875 Nicaragua Connecticut brought the table. What I found was a profile that had a couple of really nice, fairly unique flavors—including a dormant unbuttered popcorn note that combined with a much too light honey sweetness on the retrohale—but unfortunately, there is a distinct lack of complexity that is the hallmark of some of the better Connecticut-wrapped blends. Having said that, other than a few minor touch-ups, the overall construction was decent enough and the strength was light enough that it never threatened to overwhelm the profile. None of the different Romeo y Julieta 1875 releases I have reviewed have blown me away, and although the Romeo y Julieta 1875 Nicaragua Connecticut joins that list, it is a well-made cigar at an attractive price point.