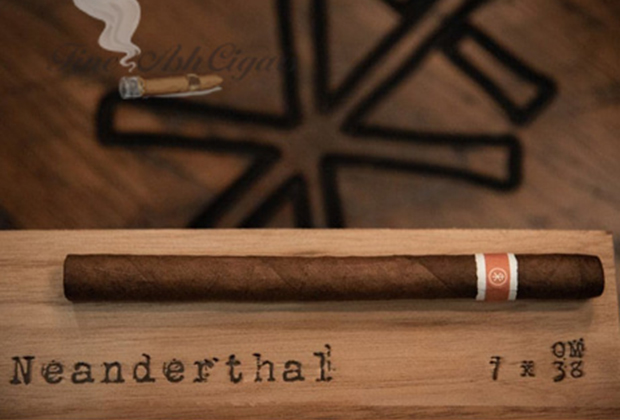 The Neanderthal OM (Old Man) Lancero from RoMa Craft Tobac is coming back, but it’s still a store exclusive,  this time for Fine Ash Cigars in Glendale, Ariz.

The cigar was originally released in August 2016 as an exclusive for STOGIES World Class Cigars in Houston, Texas, part of the retailer’s H-Town series of lanceros. It was a limited run of 333 boxes of 15 cigars, a total production of 4,995 cigars made at Fabrica de Tabacos NicaSueño S.A.

This time around, the production number has been increased to 600 boxes of 15 cigars, a total run of 9,000 cigars. The price is also a bit higher, now at $180 per box and $12 per cigar. It remains a 7 x 38 vitola, with a Mexican San Andrés wrapper, Connecticut broadleaf binder and fillers from the Dominican Republic, Nicaragua & Pennsylvania.

“We are regularly asked when we will rerelease the Neanderthal lancero,” Michael Rosales, RoMa Craft co-founder, told halfwheel. “Sam (Lopez) does a great job supporting our brands across the board and we saw an opportunity to work together on this project.”

The store is currently accepting pre-orders for the cigar via its website. Lopez told halfwheel that he expects the cigars to arrive during the last week of January, with shipping to begin the first week of February. The store is also slated to host an event with Rosales on Feb. 22 as part of the release, with the store holding the majority of the boxes for that event.