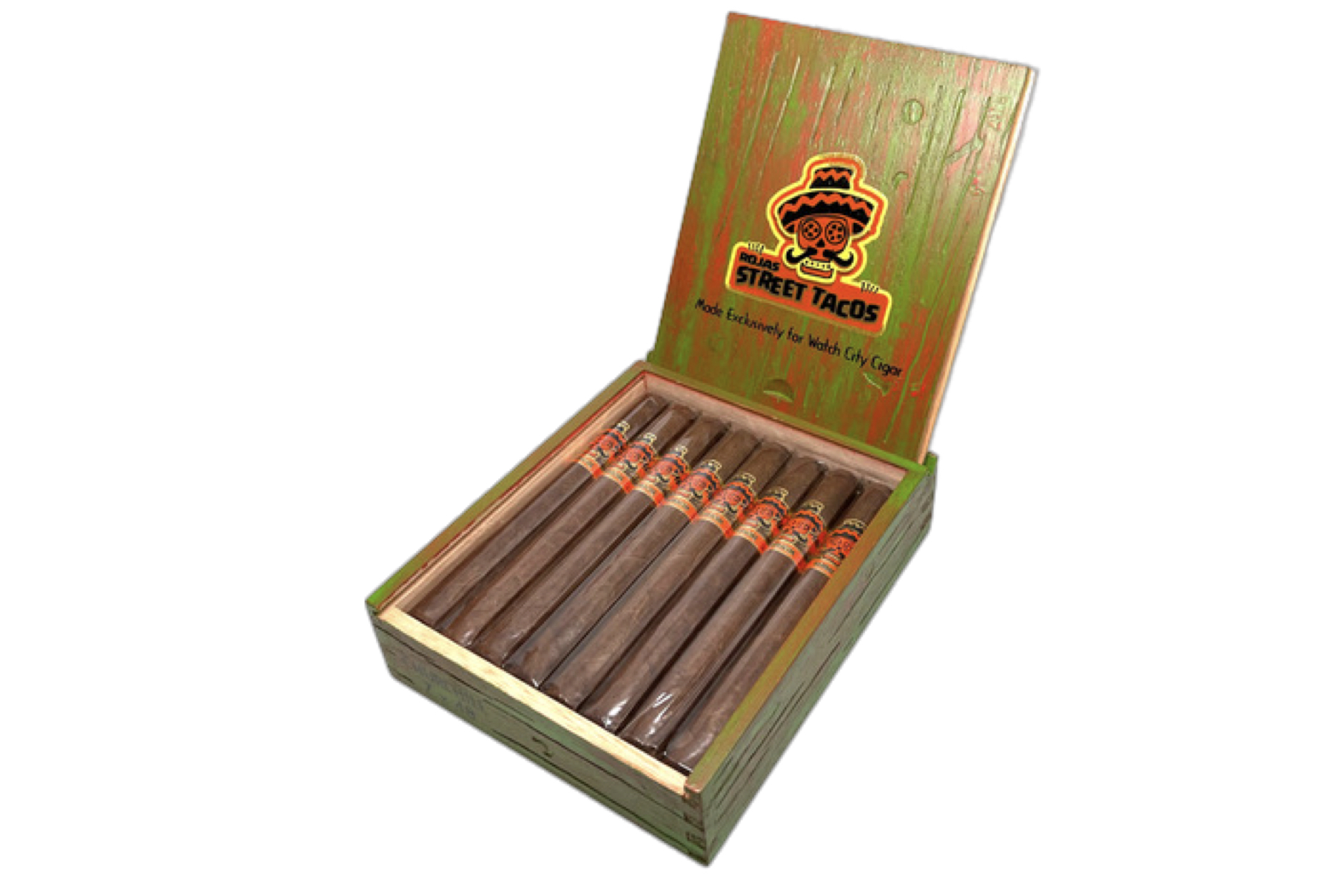 If you’d like to smoke the Rojas Street Tacos Barbacoa in a Churchill size, you’ll need to head to a store in Framingham, Mass.

Later this month, Watch Cigar Cigar is getting an exclusive size of the blend, appropriately called the Rojas Street Tacos Watch City Exclusive. It’s a 7 x 48 Churchill that uses an Ecuadorian Sumatran wrapper over a Nicaraguan binder and fillers from Somoto, Nicaragua.

“Rojas’ cigars blew my mind when I tried them and I knew we had to offer them in-store” said Ernie Quintiliani of Watch City Cigar in a press release. “A couple years later and his brand is blowing up here in the Northeast. Super excited to have gotten on the ground floor with this blending genius!”

This is the fourth size for the line, the other three debuted earlier this year and are available at stores nationwide:

The Watch City Exclusive will be sold both in-store and online.