In a year when something new seemingly got turned upside down every day, it would only make sense that winter would arrive in July.

Not winter as in the season, but winter as in the Rocky Patel Winter Collection, a line that is now in its third incarnation. It was last officially released in 2012 when it was a limited edition, although it would appear it has lived on by way of some online retailers. The line debuted in 2008 when it was made by AJ Fernandez and part of a collection of seasonal releases that Rocky Patel was releasing.

As for the most recent cigar, it uses a Mexican San Andrés wrapper, Nicaraguan binder and fillers from Honduras and Nicaragua. It is produced at the company’s Tabacalera Villa Cuba S.A. (TAVICUSA) factory in Estelí, Nicaragua and offered in four sizes: The line began shipping to retailers at the end of July 2020. 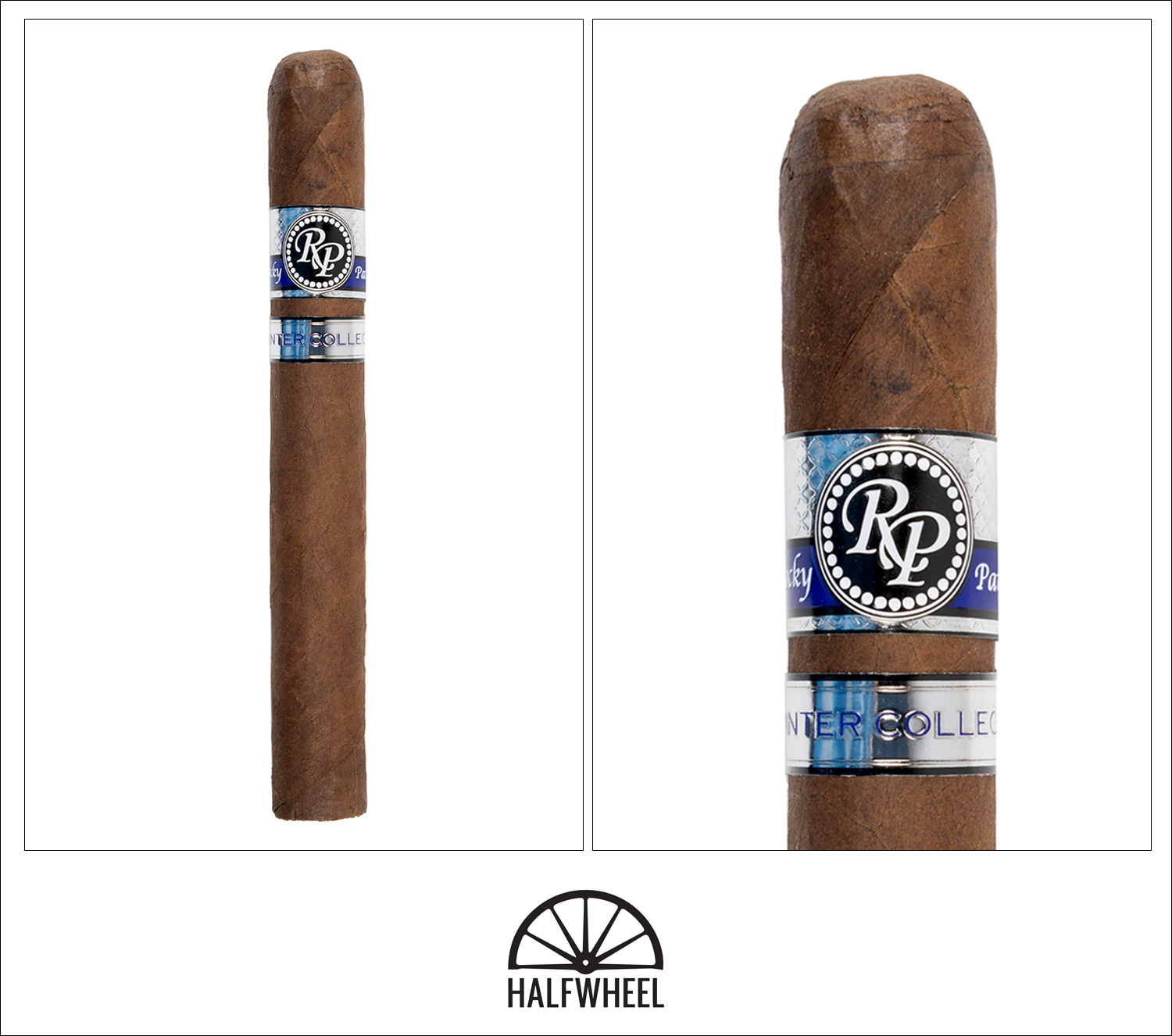 The Rocky Patel Winter Collection Toro is a familiar-looking cigar, drawing on similar banding as other releases: a fairly common vitola, and a dark, Mexican San Andrés wrapper. The leaf shows its veins rather clearly, with a pair front and center on the first sample and scattered throughout the other two. There’s also just enough shade variance to show the seams and the tobacco used to wrap the head of the cigar. It’s consistently firm and the first cigar appears to have a bit of a press to it, though that’s not consistent across the samples and I’m wondering if it picked that up during shipping. The foot has a combination of sweet grapes and peppery earth, with a quick first sniff revealing the former and more investigative ones the latter. It also tingles the nostrils and dries them out a bit with aromas of toast and dry kindling. Air moves very well on the cold draw, carrying just enough sweet creaminesss to be noticeable before a bit of black pepper comes along, followed by a dusty wood note.

The first puffs of the Rocky Patel Winter Collection Toro are also familiar, with a bit of earthiness and black pepper, seemingly a mix of the countries in the blend as opposed to something the indicates a specific origin. It has enough flavor intensity to get the attention of the senses, but far from too much that it is overwhelming. Retrohales are much the same, though with white pepper and a lighter base note that makes them engaging and approachable. The earthiness makes some subtle shifts, ones that make me invoke the word terroir as it offers a sampling of its components’ origins. Two of the samples offer more of what I associate with Honduran filler, meaning a drier and dustier profile on the tongue. The third holds on to the mix a bit longer, resulting in a more complex and brain-stimulating flavor to figure out what I’m tasting. Flavor, body and strength all sit right around the medium mark. Technical construction has been great, with the ash standing out for its seeming durability as it passes an inch in length. The second third of the Rocky Patel Winter Collection Toro holds the course, if backing off the overall intensity just a bit. There is a white pepper on the retrohale that is quite enjoyable and hangs around for an extra beat or two to lightly tingle the nostrils. Terroir establishes itself as the biggest variable between samples; the first seemed a bit more Nicaraguan while the second was a bit more Honduran. By the midway point, the white pepper that was only on retrohales has become part of the flavor, with just a bit of chalkiness tagging along. It’s the first shift in the earthy flavor that has been a constant in the cigar, bringing with it a bit of cake donut and a dry dustiness that sneaks in behind the other flavors.  The transition to the final third sees the profile quickly shed its smoothness in favor of something much more raised and pointed, with the beginnings of a red chili pepper flavor taking hold. Flavor is an earthy medium-plus, body stays around medium, and strength is a somewhat surprising medium as well. It’s not fair to say that the Rocky Patel Winter Collection Toro has been slumbering to this point, but it certainly wakes up at the start of the final third. It’s a lighter and brighter profile, and while there is still some red chili pepper, it has handed things back to the white pepper flavor. Beyond that, there aren’t many other changes, and the cigar is certainly not rerouting to far from the path it set out upon at its beginning. If anything, as noted before, the expression of earthiness and terroir is unmistakable, and in two samples, the distinct flavor of Honduran filler stands out more than it should, giving the flavor a dusty finish that doesn’t sit as well on the tongue or complement the rest of the flavor. There is a bit more spiciness from the profile, a change that is more a physical reaction than anything I can attribute to a specific flavor or the addition of heat. There is some more heat in the very final puffs, signaling the end of the cigar and leaving the most pronounced and lingering white pepper finish yet. Construction remains fantastic, with flavor at medium-plus, body at medium, and strength making a last minute push into medium-plus territory. If a terroir-dominant profile isn’t your thing, the Rocky Patel Winter Collection Toro is likely a cigar that won’t resonate with you. It starts off earthy and upfront with terroir and never really lets go of that throughout the entire experience, and while I generally enjoy Honduran tobacco, here it stands out as incongruent enough to seem out of place. But if you like a profile that isn't shy with terroir, in particular a slightly dusty Honduran flavor, the Rocky Patel Winter Collection Toro is a pretty impressive cigar. The first sample set a high bar and the other two did a respectable job living up to it and I can't say I found much to dislike about the profile. It doesn't have overwhelming complexity and it doesn't venture too far from the earthiness, but what it does deliver, it does so without much issue. The Rocky Patel Winter might not a cigar I'm going to rave about or fill my humidor with, but there's no reason why I would turn down the chance to smoke another one. A solid option for those who want a balanced and earthy profile with flawless construction and problem-free smoking.