In 1995, a Los Angeles-based attorney Rocky Patel started a cigar brand. It was one of many started in 1995 and it’s challenging to believe that anyone could have expected Patel to end up where he was today.

That company was Indian Tabac, it wouldn’t be until 2002 for Rocky Patel Premium Cigars to come to life as a company. Today, Patel’s cigar holdings extend beyond just the brand: there’s a factory in Estelí, fields in Nicaragua, BURN by Rocky Patel—the cigar bar in Naples with a Patel-owned restaurant nearby—and plans for much more.

This year marks 20 years of Patel in the cigar business and as is so oftentimes the case, there’s a cigar to celebrate. It’s a small size but despite the dual bands, there’s still a fair bit of the Honduran wrapper showing. Aroma-wise, there’s chocolate, leather, a bit of pistachio. On one sample, a bit of Reese’s Puffs shows itself. The foot has some sweeter cocoa—almost like a Hostess Cupcake—some dried woodsiness and burnt flavors. The cold draw has orange, sweet cocoa and some meatiness. Things are extremely balanced despite a fair amount of bolder flavors.

The Rocky Patel Twentieth Rothschild starts with orange peels, meatiness and some crisp peanuts. There’s a mild white pepper on the finish, restricted to the middle of the tongue. While the orange peels and meatiness remain, things develop quite a bit with salty popcorn, french Onion soup and some lighter generic nuttiness. The draw started slightly open and stays that way through much of the first third. Flavor is full and balanced, strength is medium and the body is medium-full. Minerality finds its way into the profile in the second third. It is without question the most distinct I’ve ever found the flavor to be in a cigar. Both the orange peel and the French onion soup meatiness remain with the latter increasing its presence quite a bit. Through the nose there’s a very zesty orange. The finish has some nuttiness and sweet vanilla. It remains rich in flavor with the strength right around the medium mark. The final third takes a darker note with a lot of bourbon-like flavors, notably a smoky oak note, becoming a lot more noticeable. Through the nose there’s a bit of peppermint, which is somewhat odd, along with salty popcorn and some meatiness. The finish has a smoother oak flavor and a touch of pepper. I pick up a really unique rice flavor at around the inch-mark, the closest I can get to identifying it is Basmati rice. The Rocky Patel Twentieth finishes medium-full with medium strength. 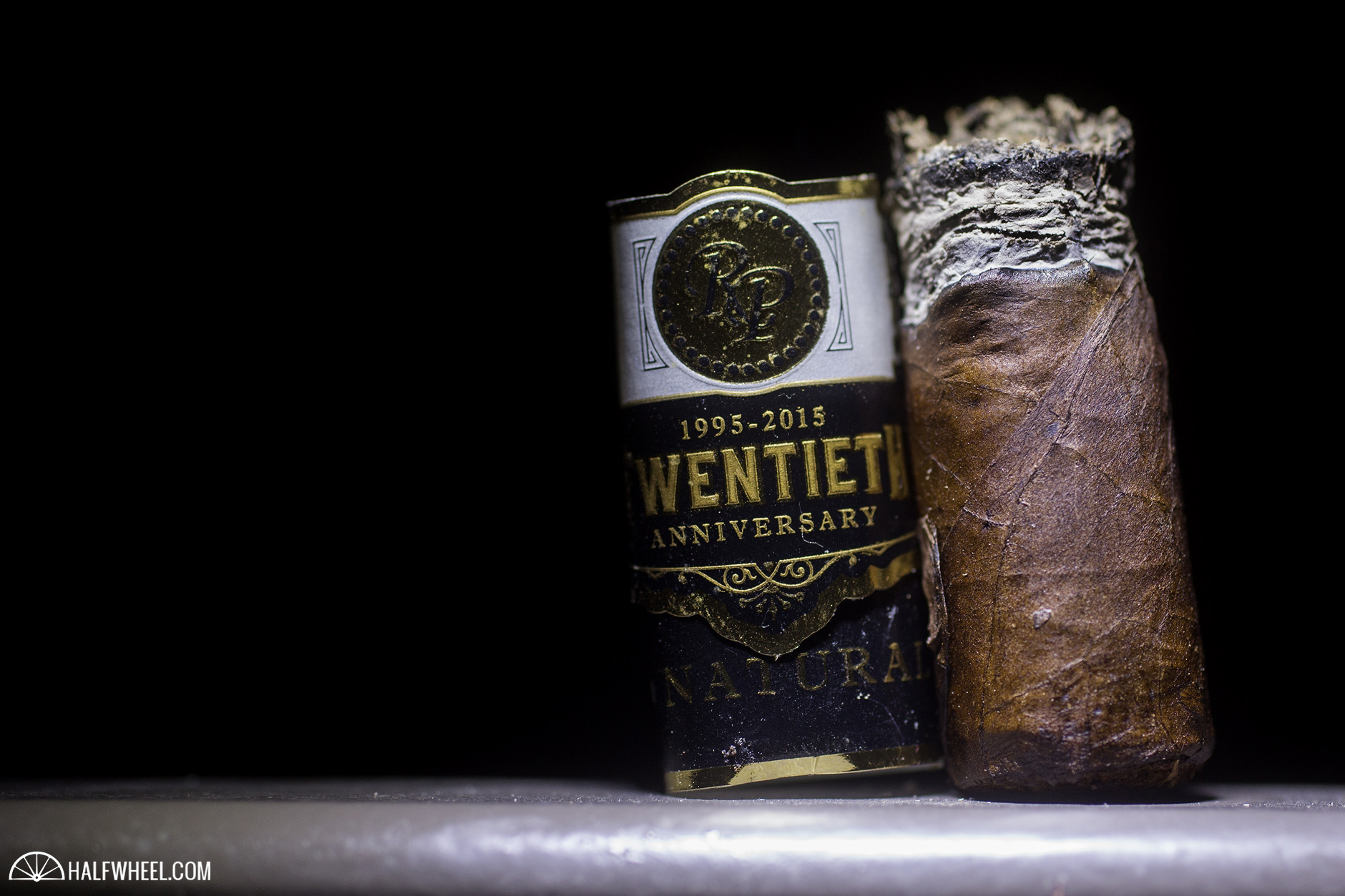 I was very impressed with the first Rocky Patel Twentieth I smoked back in September and outside of, oddly, the lancero, that trends continued with the half dozen or so I’ve smoked since then. This is a very good cigar: balanced, smooth, rich—sort of like how Rocky describes all of his cigars. The difference between the Twentieth and most other Rocky Patels is that I wholeheartedly think this one is. It’s my favorite cigar the company has put out in quite some time and the first one to truly impress me since the prerelease version of the XEN back when it was still going to be called ZEN. Given my review schedule and the abundance of cigars I already have, the greatest compliment I can give a cigar is going out and buying more for my personal enjoyment; that already applies to both the Robusto Grande and the Rothschild.