There are a variety of collections of exclusive sizes from various brands, but none has been built in quite the same way that Tom Sullivan of Alliance Cigar has created his. The company’s DeSocoio line, now in its eight sizes, is unabashedly focused on blends that have done well on Cigar Aficionado’s top 25 list.

The latest entry in that is the Rocky Patel Sun Grown Maduro, which began shipping this month in a new 5 3/4 x 46 vitola carrying a DeSocio secondary band.

As for the name, it’s the name of Sullivan’s maternal grandfather. Sullivan explained that he opted to use the name in 2013 because his mother was the only living member of the DeSocio family and he wanted to keep the name alive. 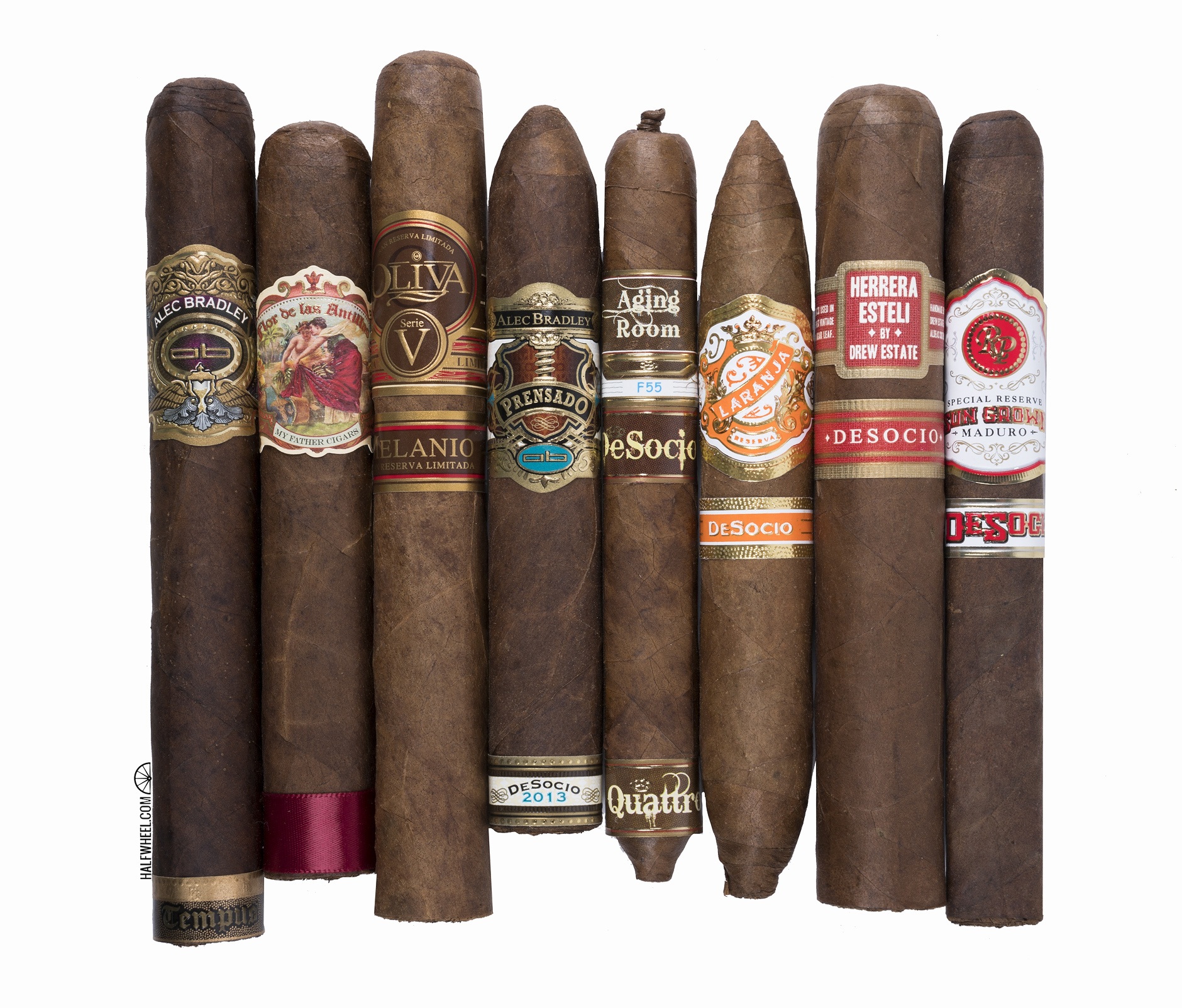 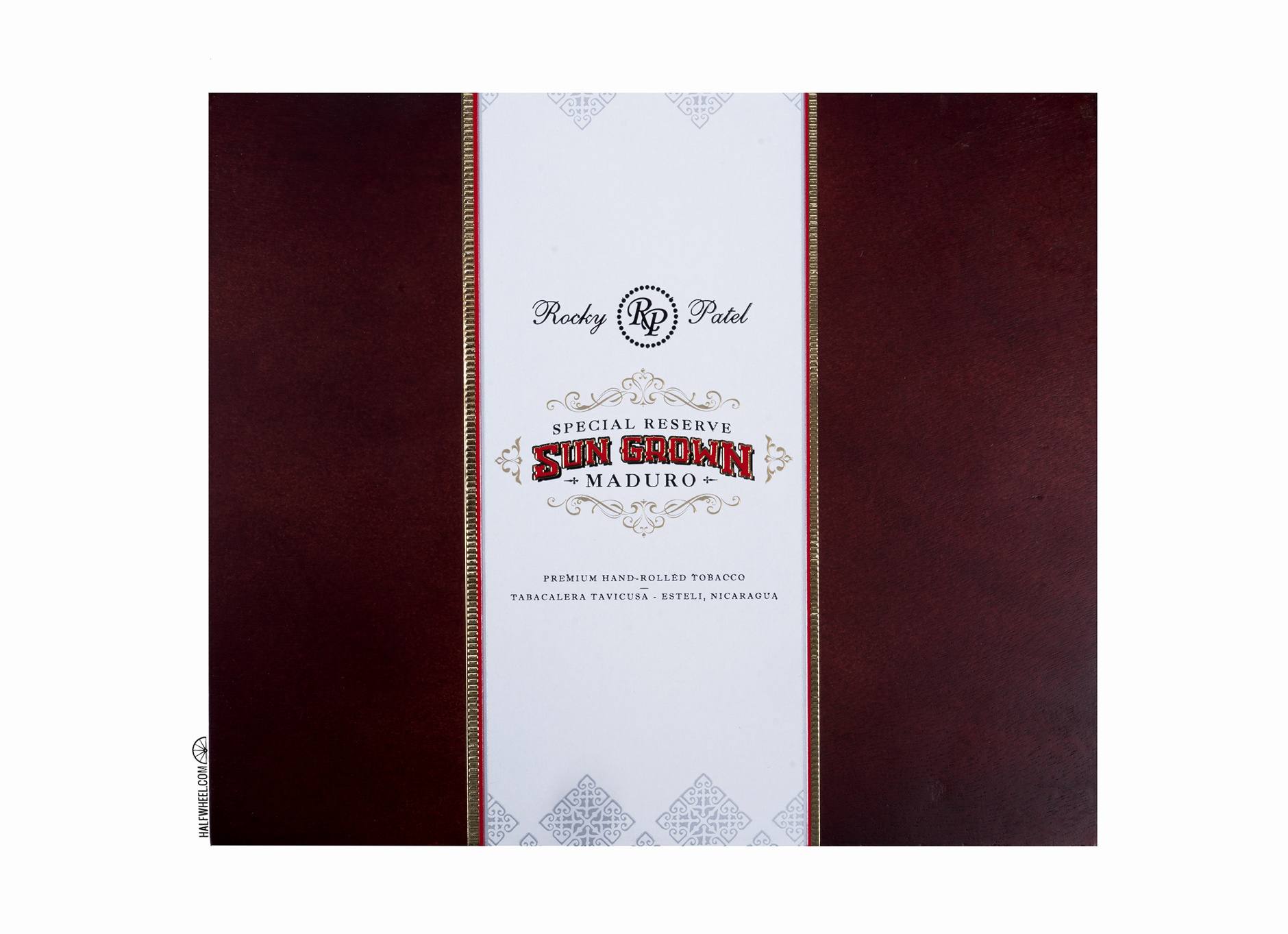 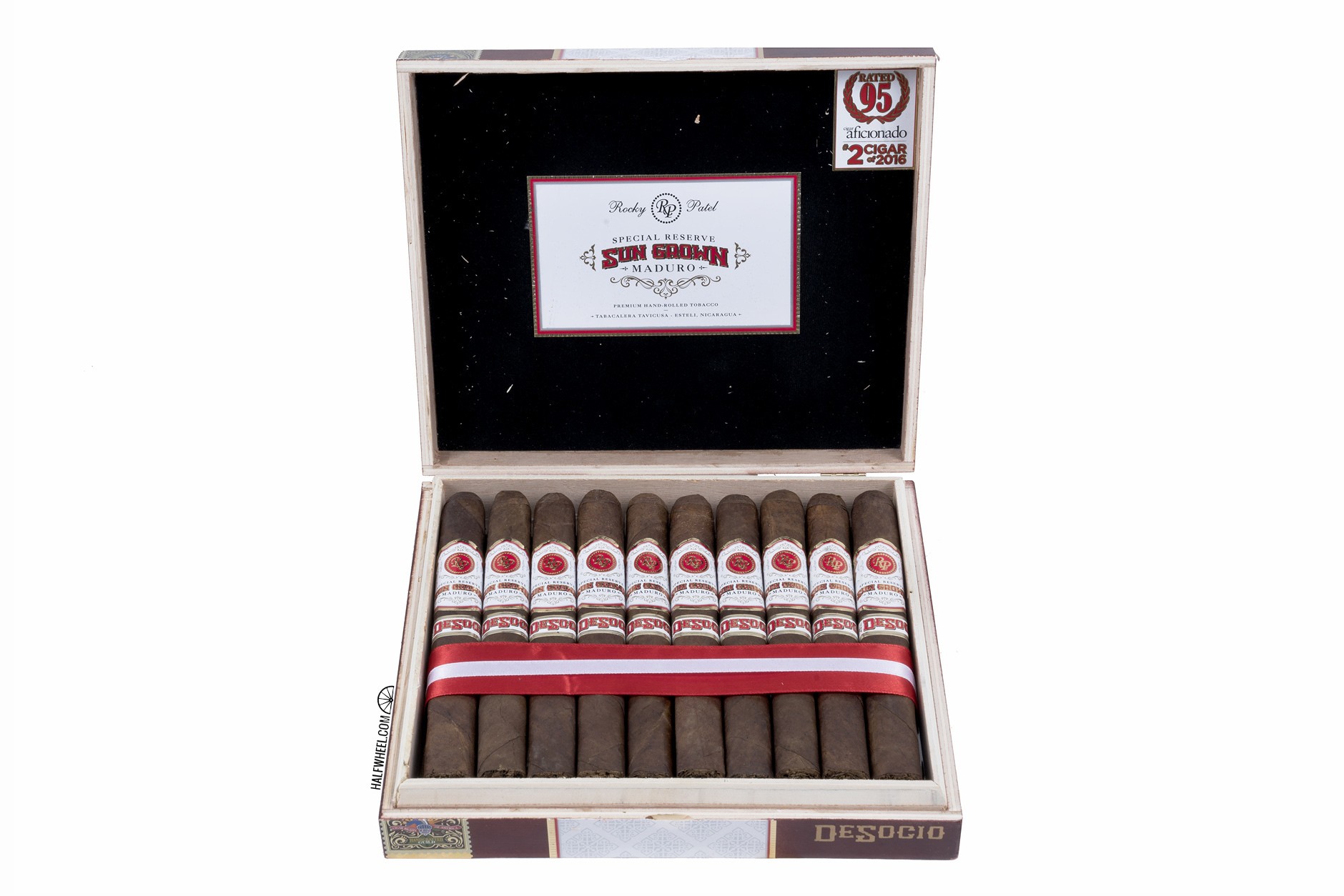 Like the rest of the Rocky Patel Sun Grown Maduro line, it uses a Connecticut broadleaf wrapper, dual Nicaraguan binders and fillers from Condega, Nicaragua. Even before I get to the point of taking the cigar out of the cellophane, the aromas hit me. After photographing the box, it had been stored with the top row of cellophane off and upon opening, delivers one of the stronger smells I’ve had from a cigar box. The wrapper itself is a mixture of barnyard and sweet cocoa. It’s a similar story on the foot, though the barnyard is quite reduced, with redwoods, sweet brownie cocoa and some artificial orange. The cold draw is muted: some burnt end-like barbecue, a weird terroir flavor and some really bad ground coffee. Also of note, the cold draw is open.

The DeSocio starts toasty with burnt woods, some lemon zest and a processed meat that reminds me of Lunchables turkey. I’m instantly surprised by how fast the cigar is burning; within 10 minutes of lighting I’m standing up to take a picture of the first third, which is now an inch long. At some point, the burn rate comes to a screeching halt, or at least back to a normal pace. Flavor-wise, it’s toasty and earthy with some pita bread and creaminess through the nose. At times, there’s some orange peel and bourbon through the nose, which obviously reminds me of a Manhattan. Flavor is full, body is medium-full and strength is medium-plus. It’s still toasty and earthy with charcoal briquettes, woodiness and rye whiskey. Behind that there’s some green apple, a bit of buttermilk and white pepper. A touch-up is needed on one sample, but otherwise construction is still quite good, albeit now with a normal burn rate. Flavor remains full, body picks up to full and strength is medium. 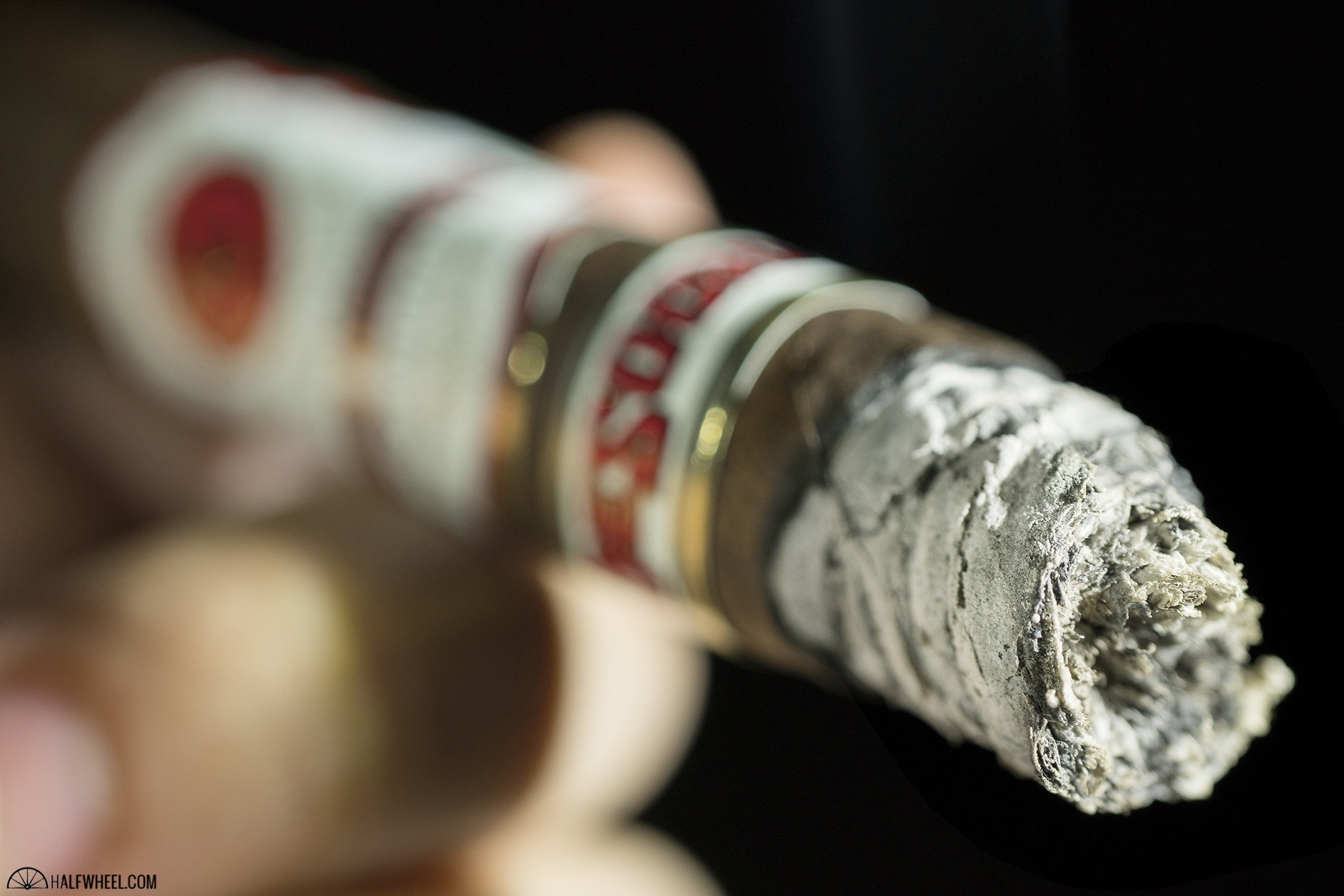 That’s very much how things end in the final third. The earthiness begins to play a bigger role in the Rocky Patel Sun Grown maduro, but there’s still toastiness. Wet leaves are really the only additional flavor in my notes, though the buttermilk turns a bit more bittersweet than the creaminess originally was. Construction remains quite with no touch-ups needed. The DeSocio ends full in flavor, medium-full in body and medium in strength. I’ve never found the Rocky Patel Sun Grown Maduro to be complex. In fact, my previous recollection of the blend was that it was strong, linear and unbalanced. Fortunately, the two negative descriptors don’t apply to the DeSocio. Unfortunately, it’s still not very complex. I don’t mean this as a cop-out, but this is a cigar that’s much better suited for a night with friends than an evaluation despite whatever the score might say. It will stand up well to a wide range of big alcoholic drinks, it burns well and it never gets harsh or bitter, but it’s just not that nuanced of a cigar.