The newest size in the Hamlet 25th Year line is on its way to retailers, as Rocky Patel Premium Cigars announced that the cigar has begun shipping.

It’s a 7 5/8 x 55 vitola priced at $11 per cigar, or $110 for a box of 10. Like the other sizes, it uses an Ecuadorian habano wrapper, Pennsylvanian broadleaf binder and fillers from Honduras and Nicaragua, and is made at the company’s Tabacalera Villa Cuba S.A. (TAVICUSA) factory in Estelí, Nicaragua. While it’s a difficult shape to produce, it’s one of Hamlet Jaime Paredes’ favorites.

“The Salomon shape has always been my signature shape to roll,” he said in a press release. “I already have a Salomon for my Tabaquero cigar brand. And it’s always been very popular. So earlier this year, I rolled the 25th blend into the same shape. Rocky smoked one, looked at it, and said ‘this is really good.’ That’s where it began for this new Salomon.” 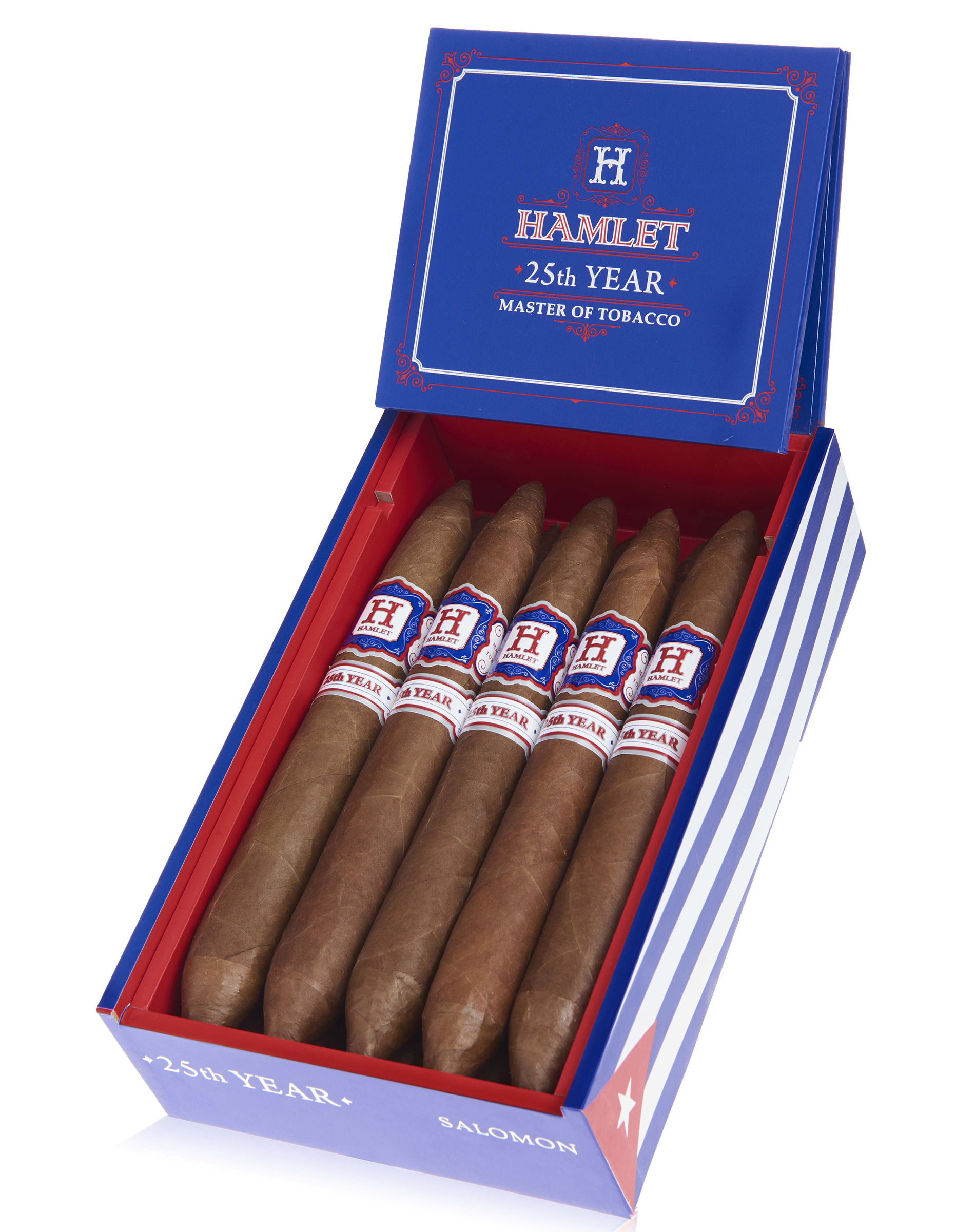 This is the fourth size in the line, which debuted on a widespread basis in October 2017.

The Hamlet 25th Year brand celebrates Paredes’ quarter-century in the premium cigar industry, which includes several years at the Partagás factory in Havana, Cuba, where he learned to blend and roll cigars. He has also worked in retail store management and as a traveling brand ambassador for Habanos S.A. before leaving Cuba in 2015 and joining Rocky Patel Premium Cigars, Inc.