The Rocky Patel Fifteenth Anniversary will soon be showing up on shelves with a redesigned look, as today the company previewed the line’s updated packaging.

“For years, the Fifteenth Anniversary has succeeded because of its character, strength and complexity,” said Mark Weissenberger, vp of marketing, via a press release. “It was always the dull bands and the overly heavy metal box plates that kept this brand lost on retail shelves. So it was time for a facelift. A glowing facelift.” 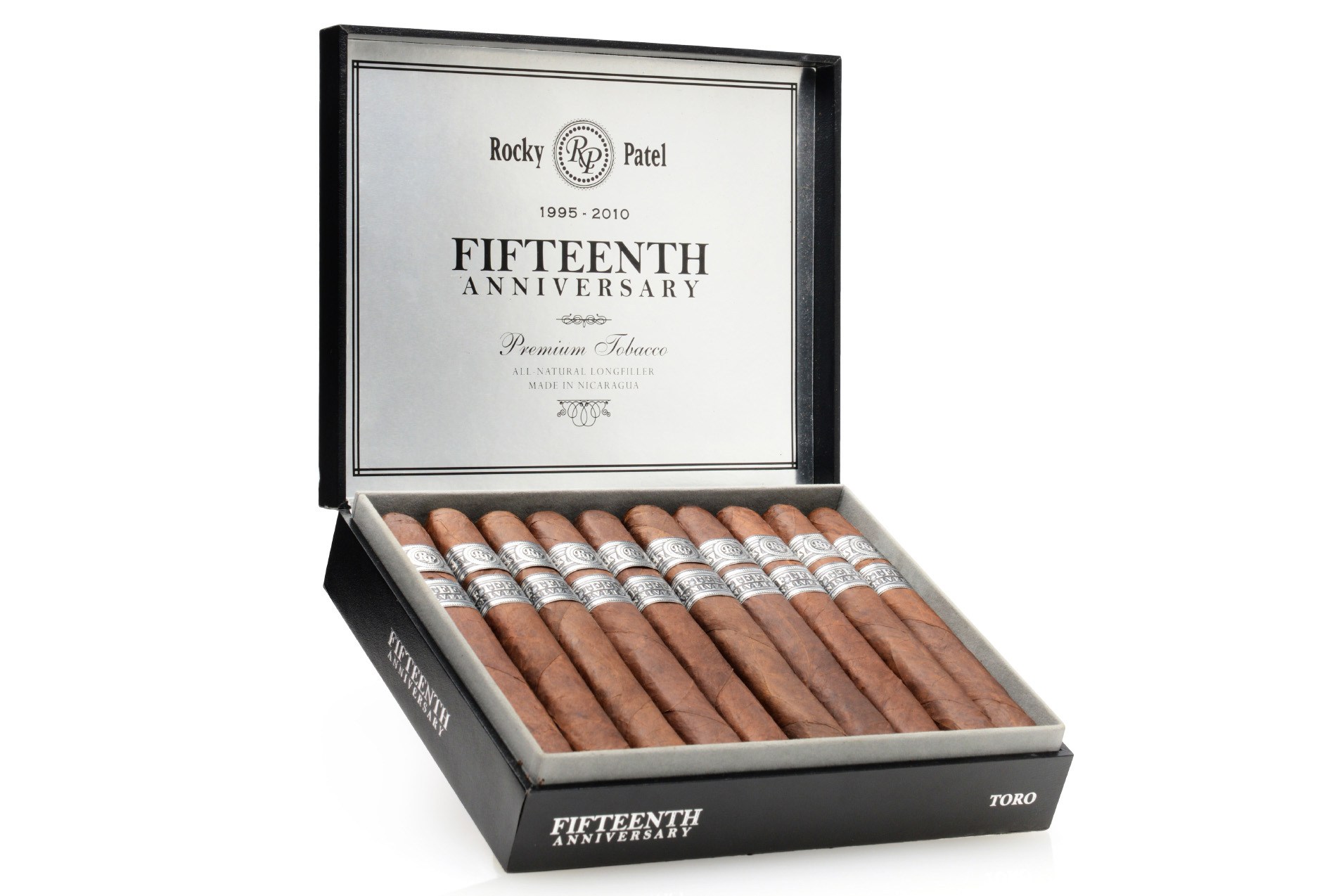 Among the changes, the Fifteenth Anniversary’s bands will now feature the brand name as well as the Rocky Patel logo, though in a shinier silver embossing set above its gun metal background. The company says the new look will “radiate further on the cigar’s dark Habano seed wrapper.”

The box is also changing, going to an all-black outer box with silver embossing, while the box’s interior lid presents a silver background designed to catch consumers’ eyes as it sits on the shelf.

The Fifteenth Anniversary’s blend will not change, as it will still be using an Ecuadorian habano wrapper, Nicaraguan binder from Jalapa, and Nicaraguan filler from the Estelí region. The line is available in six sizes:

Retailers and the rest of the cigar industry will be able to see the new look at next month’s IPCPR Convention & Trade Show, with shipping to tobacconists scheduled to begin shortly thereafter. The line debuted in 2010.