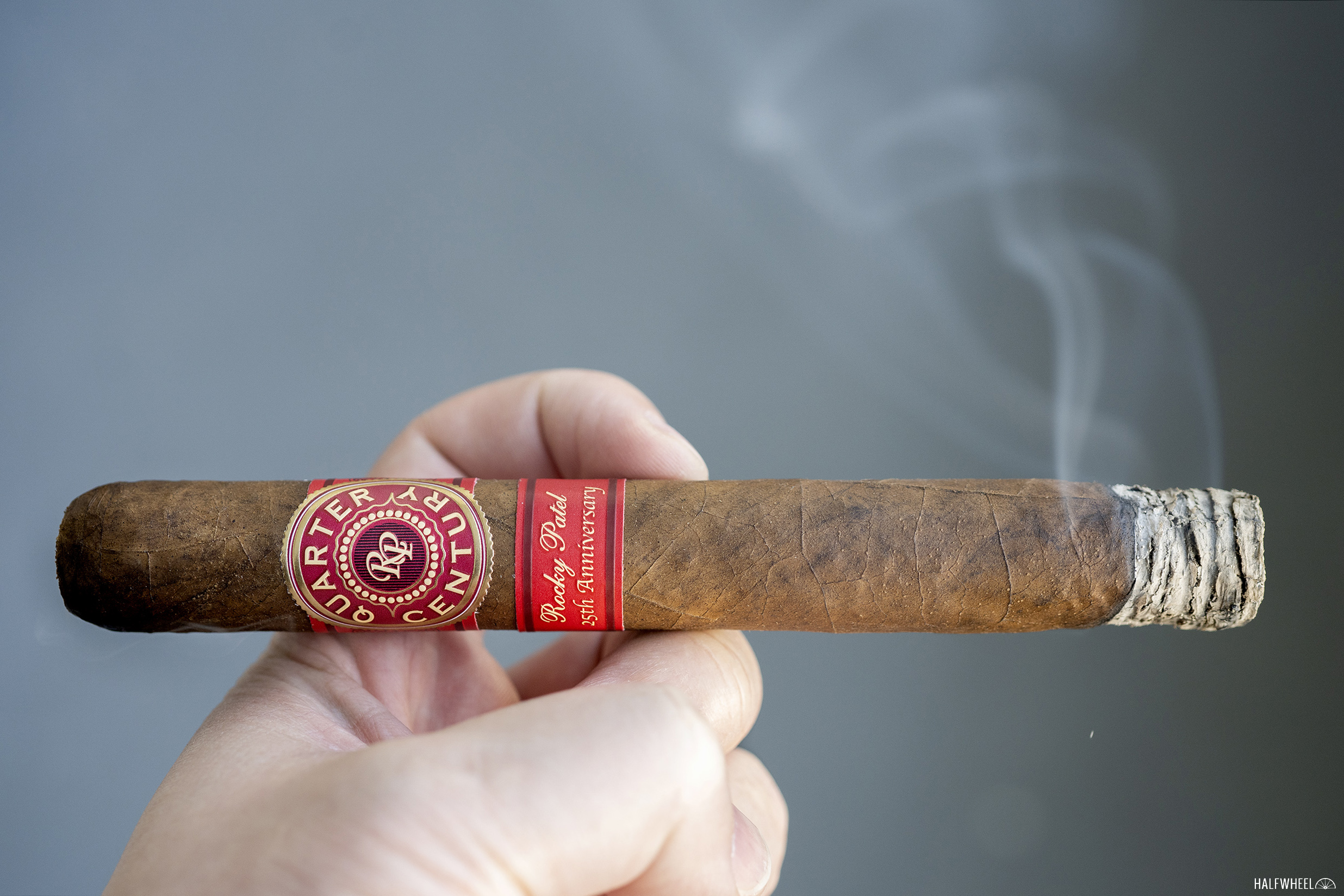 It’s a story that’s been told on CNBC. The year was 1995 and a Los Angeles-based attorney named Rakesh “Rocky” Patel teamed up with Phil Zanghi to start Indian Tabac Cigar Co.

As Patel has told people in dozens of countries around the world, no one thought he would make it. He was Indian in a business that was dominated by Cubans. He didn’t have any experience at making cigars, but the cigar industry was booming. Like so many others that entered the business at the time, he didn’t really know what he was doing at the time. And the cigars had issues.

But he put in the time and went to Central America to figure out how to make things better. And the cigars got better and the company got bigger.

Eventually, he and Zanghi went their separate ways. Patel would change the name of the company to Rocky Patel Premium Cigars, Inc. and eventually, Indian Tabac would be discontinued. Along the way, Rocky Patel would introduce cigars like The Edge and Java. And of course, Decade, Fifteenth Anniversary and Twentieth Anniversary.

It should be of no surprise then, that there is a cigar to celebrate his 25th anniversary in the cigar business.

It’s called Quarter Century, a three-size line that uses a Mexican San Andrés wrapper over a Honduran binder and Nicaraguan fillers. There are also other fillers that the company has chosen not to disclose. Of note, the company says the tobacco used was aged for 10 years and then the cigars were aged for two years after rolling. It is being produced in Nicaragua at the company’s TAVICUSA factory in Estelí, Nicaragua. 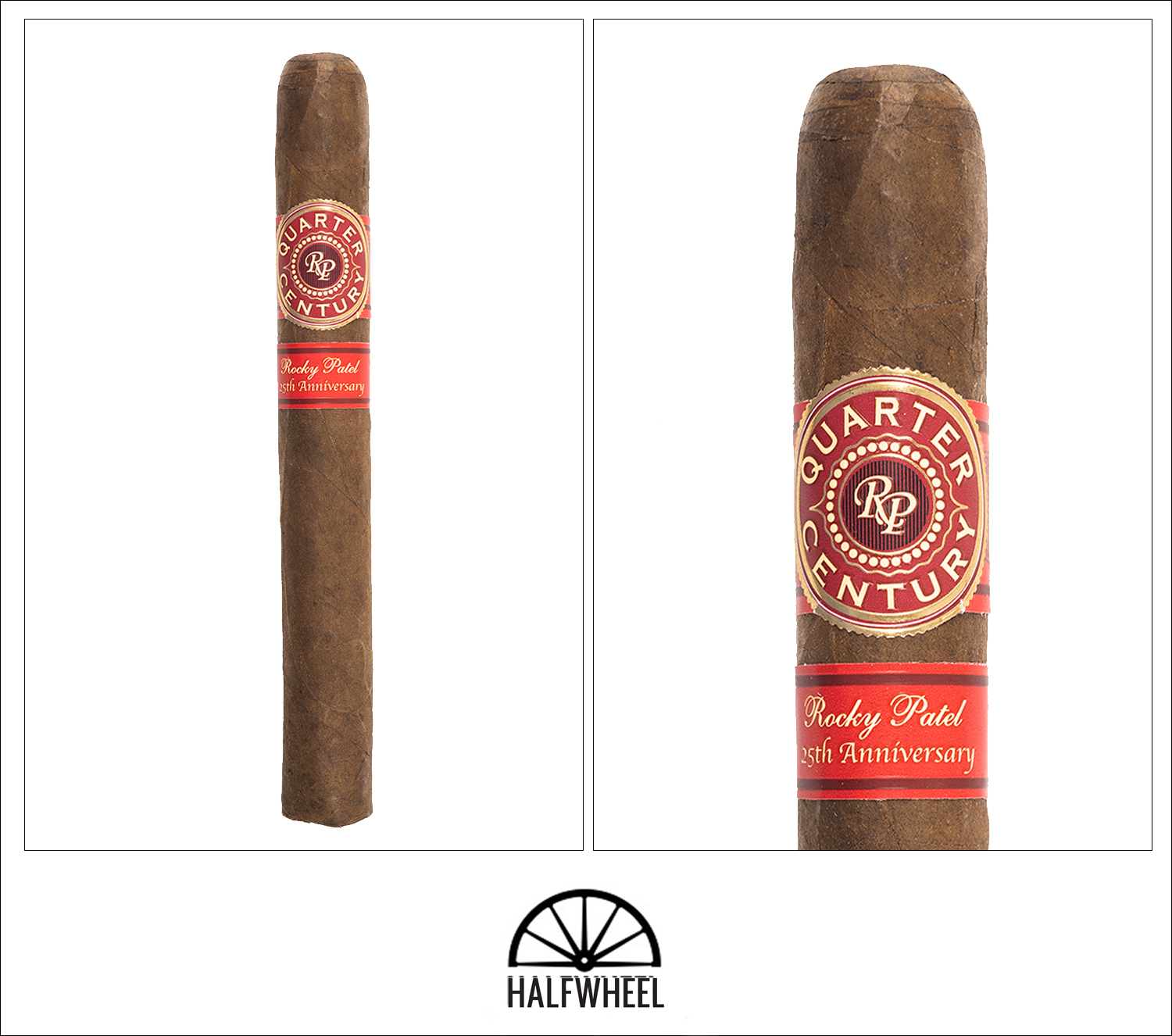 Rocky Patel has made a lot of cigars, and as such has used a lot of different band designs. While the secondary band is something that I’d expect from the company, the main band is a bit more Nat Sherman than Rocky Patel. I like it and it matches the overall look of the cigar, though the reds in the two bands are not the same color. The aroma from the wrapper is medium-plus with leather, acidity, a bit of cocoa and rice. The acidity reminds me distinctly of sweat-drenched clothes—which isn’t the most appetizing of smells, though it’s not the first time I’ve smelled a cigar in the last month and been reminded of that. The foot is much more normal: it’s a medium-full mixture of oatmeal, cinnamon, creaminess, woods and caramel. The cold draw has graham cracker, caramel, walnuts and popcorn. Everything is mixed together throughout, so it takes me about a dozen cold draws to get to that list of individual flavors.

The Quarter Century starts crisp with popcorn, walnut, creaminess and a slightly earthy flavor. Unlike the cold draw, the crisp popcorn flavor is the clear standout, followed by the others. It morphs into a nutty core with water chestnut, oak, leather and a generic spice mixture behind it. The finish reminds me of Lay’s potato chips with earthiness and white pepper following along. Retrohales have cinnamon over a generic nutty mixture. But it’s the finish of the retrohale  that is most interesting, with orange bitters, creaminess and oak. Flavor is full, body is medium-full and strength is medium-full, though the latter seems to be on a bit of a decline. Construction is great on two samples, while one sample has a slightly tight draw.

While there’s a nutty flavor at the top of the profile, it’s now more of an acorn flavor. Behind that, the Quarter Century Toro has earthiness, white pepper and onion powder. The finish has generic nuts mixed with some wet leaves. Retrohales are very different with a great raspberry flavor over some French bread, meatiness, leather and popcorn. The finish is creamier with popcorn and a bit of whisky-like peat toastiness. Flavor is full, body is medium-full and strength is on the stronger end of medium-plus. Construction remains fantastic on two cigars, while the other sample continues to be a bit tight on the draw. 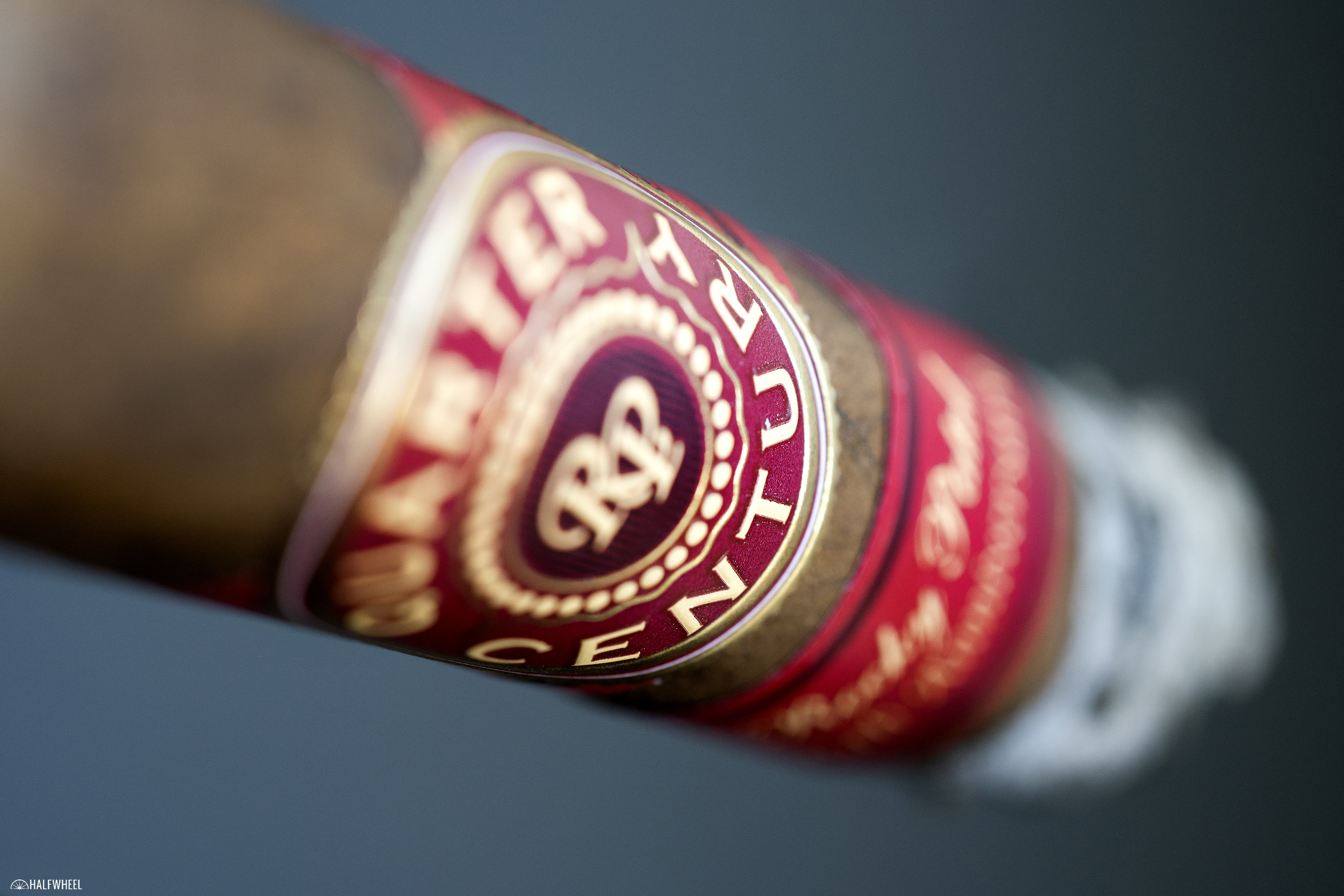 The final third of the Rocky Patel Quarter Century Toro is different. A meatiness takes over as the main flavor while nuttiness is now the second most prominent flavor. Behind that are a mushroom-like sensation and some earthiness. The finish is pretty similar: a mixture of earthiness, popcorn and mushroom. Retrohales are rather similar to the finish, though the mushroom flavor stands out a bit more. Flavor declines a bit in terms of intensity, though it’s still medium-full. Body remains medium-full and strength is medium-plus. Two of the cigars make it start to finish without any issue, while the one with the tight draw needs a touch-up to help with smoke production. Every year, Rocky Patel introduces three new lines over the summer. Typically, one of those cigars stands out over the other two. While I have yet to smoke the new Winter Collection and Hamlet 2020, based on the reviews, it seems that I got the standout cigar. This is a cigar that develops both in terms of the flavor progression and in terms of its body and strength from start to finish. Unfortunately, one sample was dragged down a bit by a tight draw which not only hurt its scoring for construction but also took away some of the vibrancy of the flavors. That being said, the Quarter Century is definitely a very good cigar and something that stands out as being different than any other Rocky Patel cigar I can think of.