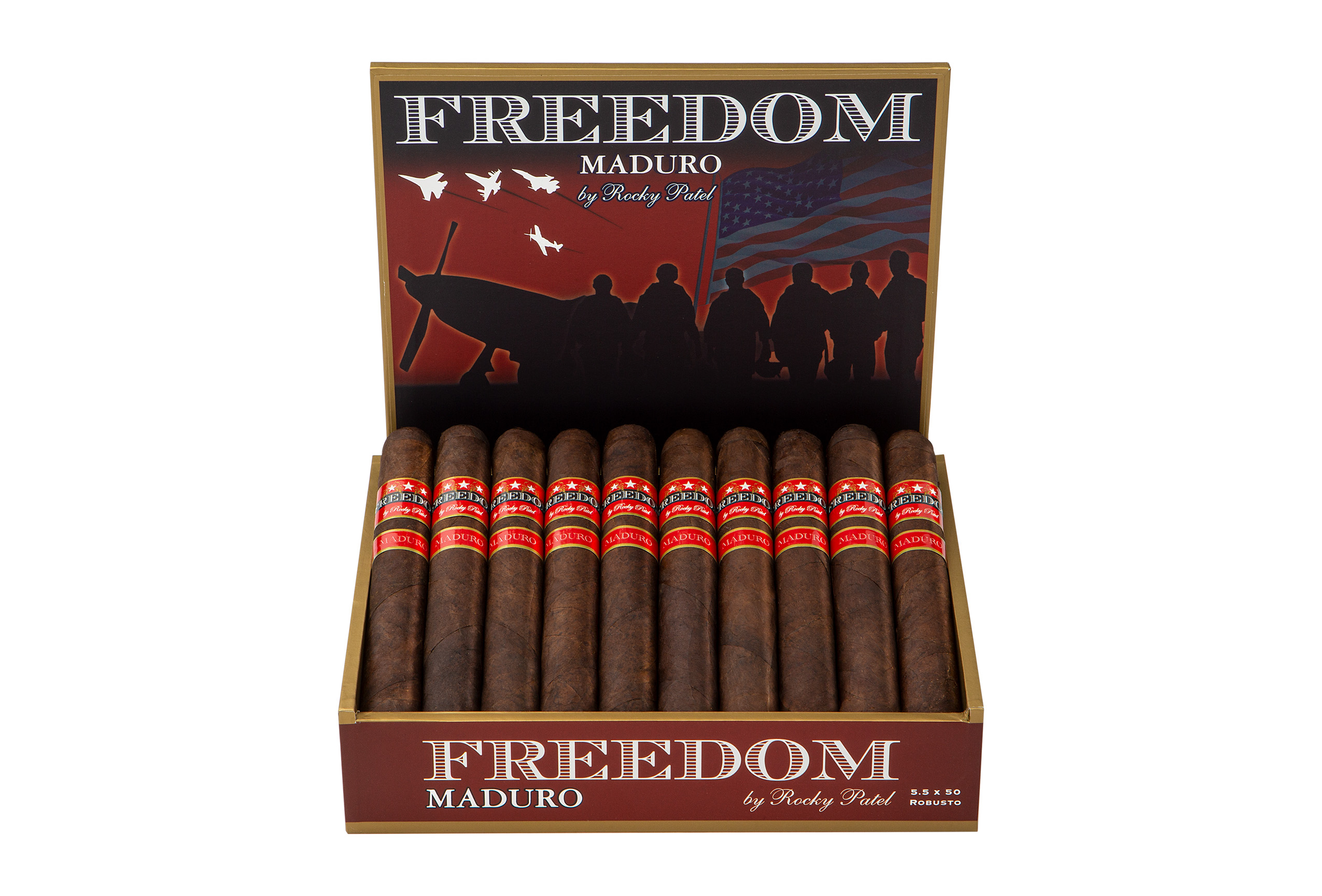 The Rocky Patel Freedom line now has a maduro version, and it is being created exclusively for the distributor Santa Clara Inc.

It is a Nicaraguan puro that is highlighted by a habano oscuro wrapper, a blend that the company calls “powerful” and highlighted by flavors of nuts, cocoa and a touch of spice. It is being offered in three vitolas:

“With the success of Rocky Patel Freedom and Freedom Connecticut, we fully expect the Maduro release to be a big hit with adult cigar smokers,” said David Joyce, director of wholesale operations for Santa Clara, via a press release. “It is specially made for Santa Clara by legendary manufacturer Rocky Patel, a proven name and brand that should be part of any retail humidor regular cigar rotation.”

Like the other Freedom releases, this is made at the TAVICUSA factory in Estelí, Nicaragua.

“The Rocky Patel Freedom is more than just a fantastic cigar, it is a symbol of all that exemplifies the cigar industry,” said Rocky Patel via a press release. “With the addition of this rich and bold Maduro, the Freedom line now offers a cigar for every preference.”

The cigar is currently available for retailers to order from Santa Clara, and has begun arriving at some retailers.