In the cigar world, few names have been made by farming. For most, the way to popularity has been by owning your own company, blending cigars and on occasion, rolling. If there has been one that has succeeded in popularity through farming it has been Robaina, specifically, Alejandro Robaina.

The legendary Cuban farmer passed away in 2010 and if one needed to understand his celebrity, an obituary in The New York Times would be a good place to start. Robaina was a skilled farmer, one recognized by the Cuban government and as such given special status. Most notably is Vegas Robaina, the brand created in honor of the farmer—a rarity in many levels: a new brand, a brand named after a farmer and a brand named after a living person.

In addition, the company’s farm has served as both agriculture facility, but also tourist destination. There, cigars are rolled for the family and its guests. To date, we’ve reviewed two different cigars from Finca Robaina—El Padrino and La Bestia.

Today’s cigar measures eight inches by 55 ring gauge in a belicoso format with a large shaggy foot. It was picked up by a reader at the same time as the El Padrinos that Brooks Whittington reviewed in March 2010, meaning it was a cigar that was produced before the passing of Don Alejandro Robaina. The cigar is beautiful and imposing. Practically, I’m still not a fan of the longer shaggy foots, but it does look better. The appearance is due to the Colorado wrapper and contrasting foot, not because of how the cigar is rolled, which actually is not that clean. From the wrapper, I get a medium-plus aroma of aged leather and lots of vinegar. From the foot, there’s notes of sweet cocoa, but also aged tobacco and a stronger version of the aforementioned vinegar. From the Gran Pirámides, the draw has great resistance with notes of twang, lots of fruit, a bit of cocoa and touches of pepper and vinegar.

It’s a lively start to the Robaina with fruity notes, including some apple, a touch of twang, cocoa and even a bit of the vinegar. As things get going, it’s clear this is going to be a fairly sweet cigar with twang coming in and out up front and a consistent secondary sweetness that has some candied touches to it, but surrounded by a woodiness. Through the nose, I’m able to pick up spoiled mint and wet earth while bread and peanut oils—almost french fry-like—on the finish. The draw tightens a bit, which is fine, although a bit unexpected. Strength is medium, body is slightly above that. 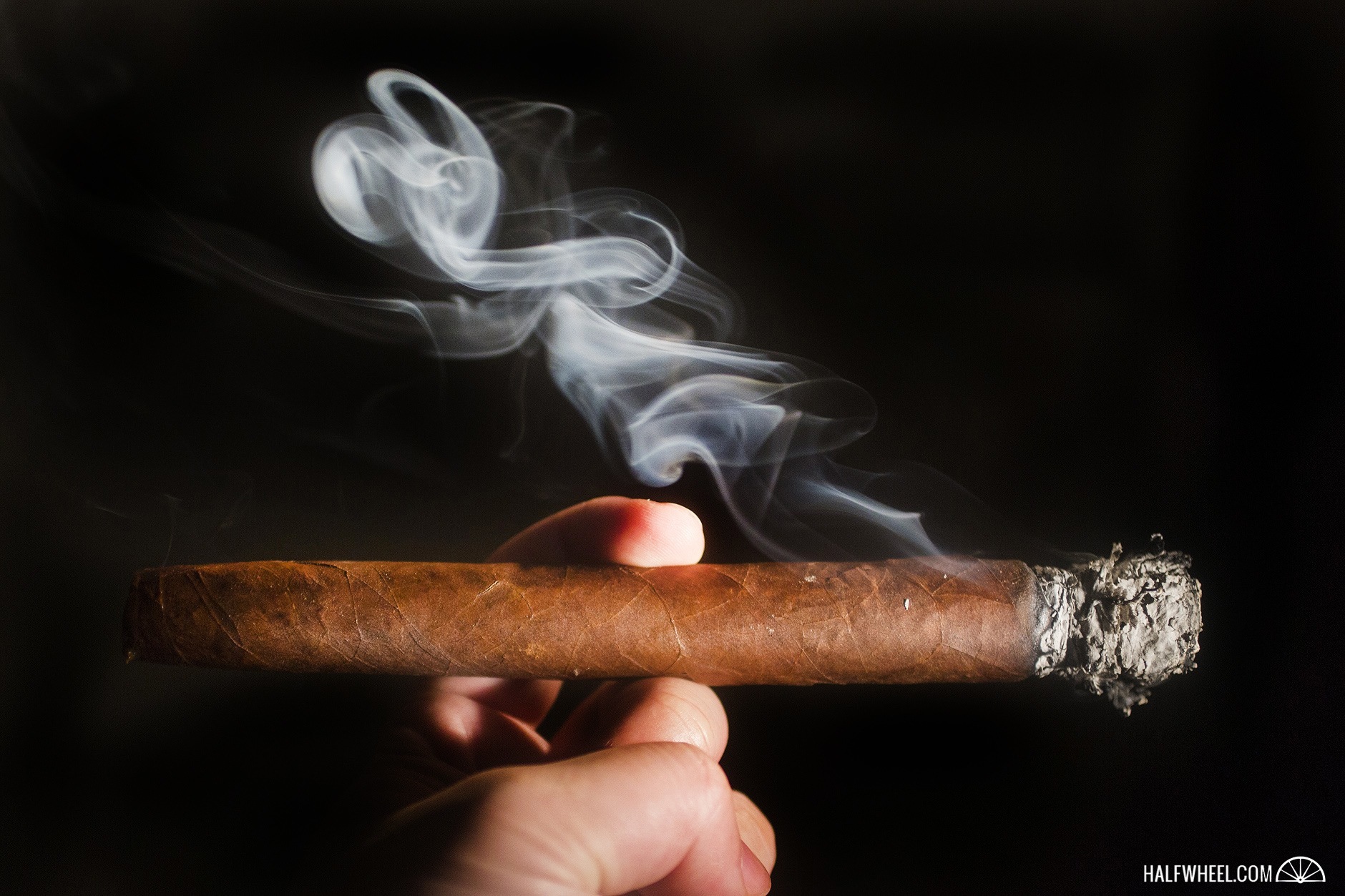 The twang picks up quite a bit in the second third of the Robaina. Flavor-wise, it’s a pretty dramatic turn with wet coffee grounds, natural licorice—not anise—grains and the secondary sweetness. As for the retrohale, it’s sweet grassy, mint and at times, a very strong raw peppermint. Flavor, body and strength remain where they were previously, right around medium. Fortunately, the draw opens back up a bit, avoiding any concerns of being problematic, although the smoke production is reduced. It’s another big change into the final third with oatmeal and oak adding themselves upfront, behind the earth, grassiness, coffee and roasted almonds. As the cigar burns down, the smoke temperature increases quite a bit, but the flavors remain intact until about the inch mark. Somewhere along the way, the coffee bean note becomes richer, but it’s short lived as I voluntarily put things down at the inch mark. I have smoked El Padrinos before and never really got it. None were bad, but like many farm rolls, which might be the better way to classify the cigars, they were never bastions of complexity. This particular example of Finca Robaina has gotten a lot better and has turned into a cigar that I thoroughly enjoyed. There are a few annoyances, including the roll—which was subpar—but, I’d smoke plenty more if I could find them.