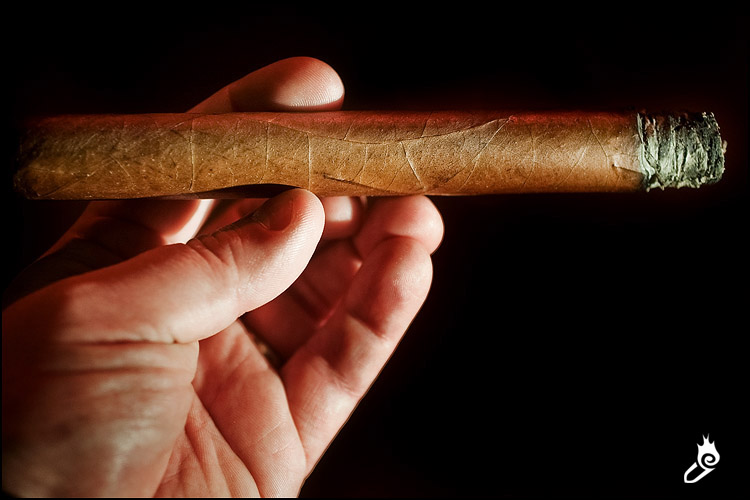 During one of my trades recently, I was offered up a cigar that I had only heard about, and had never actually seen and was not expecting to ever smoke, a Robaina family farm cigar, the El Padrino, which translates roughly to “The Godfather.”

Apparently, most of the tobacco farmers in Cuba make cigars for their own consumption from some of the best leaves the island has to offer. These cigars are rolled specifically for themselves, family and friends of the family, and are not sold or exported. These farm cigars are sometimes called “reserva de familia” or “home reserve.”

In one of his (many) blog posts, James Suckling at CA said it thusly:

The tiny amount of cigars the Robainas make are not for sale. They are given to family and friends who visit their finca, or farm. The tobacco in the filler is about four years old and the wrapper is about two years. This is much better aged tobacco that most cigars are made from the key factories in Havana. I am not saying they are necessarily better because the tobacco blenders of the key export factories are magicians with what they have. But the Robaina cigars certainly have class, finesse and character. It’s all about aging the tobacco.

The El Padrino is one such cigar, although not the only one, obviously. According to my source, who just visited the Robaina farm last week, the El Padrinos are produced at the farm using all Robaina farm tobacco, mostly Corojo 99, and are rolled by one roller named Juan Carlos. Also, some of the filler tobacco is apparently aged in old rum barrels.

There are other vitolas of Robaina farm cigars, most notably a robusto and a salomon, and while I have a few of each, I have not smoked any others other than the El Padrino.

It is a huge cigar, a 7 1/2 x 56 behemoth with an unfinished foot. I don’t remember ever seeing an unfinished foot on a regular production Cuban cigar before, only on custom rolled and farm cigars. It is possibly the largest overall cigar I have smoked.

Here is a photo with an El Padrino side by side with a Davidoff Colorado Claro Special R (4 7/8 x 50) for comparison’s sake:

The wrapper is a light brown color and is actually quite veiny in appearance. It has a very strong barnyard and hay smell, which makes sense, considering where it came from, and is fairly dense when squeezed. The wrapper also has very little oil present on it, but it is not rough at all, very smooth, even sans oils.

Immediately after lighting, I was hit with a fairly large blast of pepper and spice, which receded after about ten puffs into the background. This was followed by a great creamy, sweetish earthy flavor, along with some coffee and just a tiny bit of chocolate.

During the second of the cigar, the pepper died down to almost nothing, still present, but just barely, and the cigar profile turned sweeter. The main flavor was a wonderful creamy vanilla bean flavor, almost like tasting vanilla Ice cream, with lesser notes of earth and hay carried over from the first third, and just a bit of cedar. 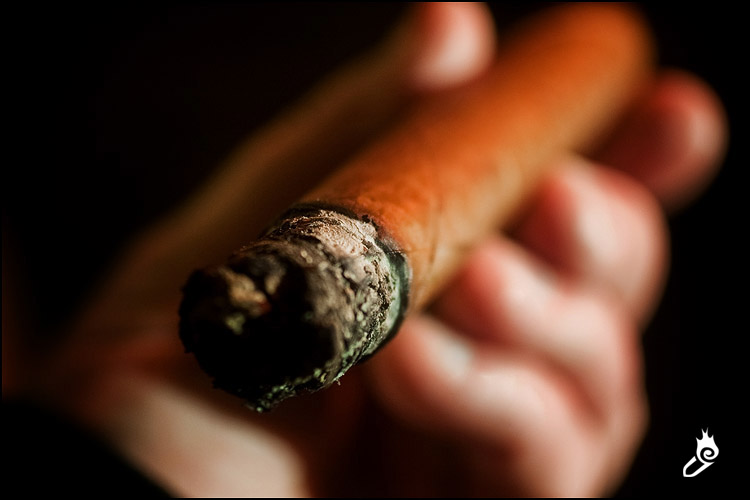 The final third started out much the same as the second third, but quickly changed to more of a peppery, spicy, earthy profile with the sweetness transitioning to an undertone. It was actually quite impressive to taste such a shift in flavors so late in the game. The cigar also turned quite a bit stronger, with a huge nicotine punch in the last eighth or so that almost threw me for a loop. It was amazing to know that the cigar I was smoking was made specifically for, and by, one of the icons of the cigar world, and the quality of this cigar cannot be denied. The complexity of flavors was impressive from a wonderful sweetness to an amazing spiciness, you could tell right off the bat that the tobacco used in these cigars is top notch and it really does effect the overall smoke. very few people will ever be able to try this cigar, but for those that do, you will not be disappointed.