Earlier this year, Zino Platinum released a cigar in collaboration with artists UR New York, the Zino Platinum Make of New York. While the cigar in each box was identical, it was sold in four different packaging variations designed by UR New York. In July, the company previewed a second release with similar inspiration, this time in collaboration with Burton Machen to honor Los Angeles. The Make of Los Angeles began appearing in late October with Davidoff expanding the release to more and more trailers as the months have passed.

For the New York release, the company produced a 6 1/8 x 54 perfecto, for this release, the company uses a 6 x 54 toro. While the cigars use the same origins—Ecuadorian wrapper over Dominican binder and fillers—the actual blend components are listed to be rather different.

With his Urban Evolution Series in Los Angeles, artist Burton Machen brought to life the art productions requested by Zino Platinum on the four cover themes: cars, film, tattoos and music. Machen’s art work functions as a cover design and presents in an avant-garde style the “Los Angeles” Collector’s Edition in a bright orange-lacquered cigar box. During the creative development process the artist celebrated the never-ending self-realization and quintessence of Zino Platinum collectively, distinctively and uniquely.

“The Make of Los Angeles” Collector’s Edition also reflects, however, a culture that has developed dramatically in less than a century and is constantly propelled by innovation and numerous self-made men. At the same time, this creation from Zino Platinum aims to inject energy into the cigar industry by constantly seeking out new routes.

Each box is a bright traffic-cone orange and comes with a cover box that shows each of the four different designs. We purchased the music-inspired box, which looks like this. The boxes are great. However, I have no clue what is on the secondary band of this version of the Make of Los Angeles, or two others for that matter. As for the cigar, it’s got a noticeable amount of veins for Davidoff/Zino Platinum’s higher-end releases, along with some nice reds. There’s little aroma to speak of from the wrapper: a slight prune and cedar. From the foot, I get freshly cut grass, sweet lemon and breads. The cold craw provides a sweet profile with touches of strawberries, nuttiness, pecan pie and after a few pre-light draws, some spice and ginger. On one sample, which was smoked early in the day before any alcohol-consumption, I got some generic rum notes.

I was not sure if the sweetness would make it to the actual tasting portion of the cigar, it did. There’s some really sweet nuttiness, with some salt present on the tongue, and a floral finish. It’s an elementary beginning in flavors, but they all have wide sensations. The Make of Los Angeles causes tons of salivation in the mouth, particularly as the herbs and sweet walnut pick up on the finish. In many ways, this is Davidoff. Yet, it’s medium and with a walnut and lemon note that transform the early portions of the cigar. Every once in a while I get the strawberry notes buried in the aroma of the cigar. It was present on all four samples and oddly not disgusting. 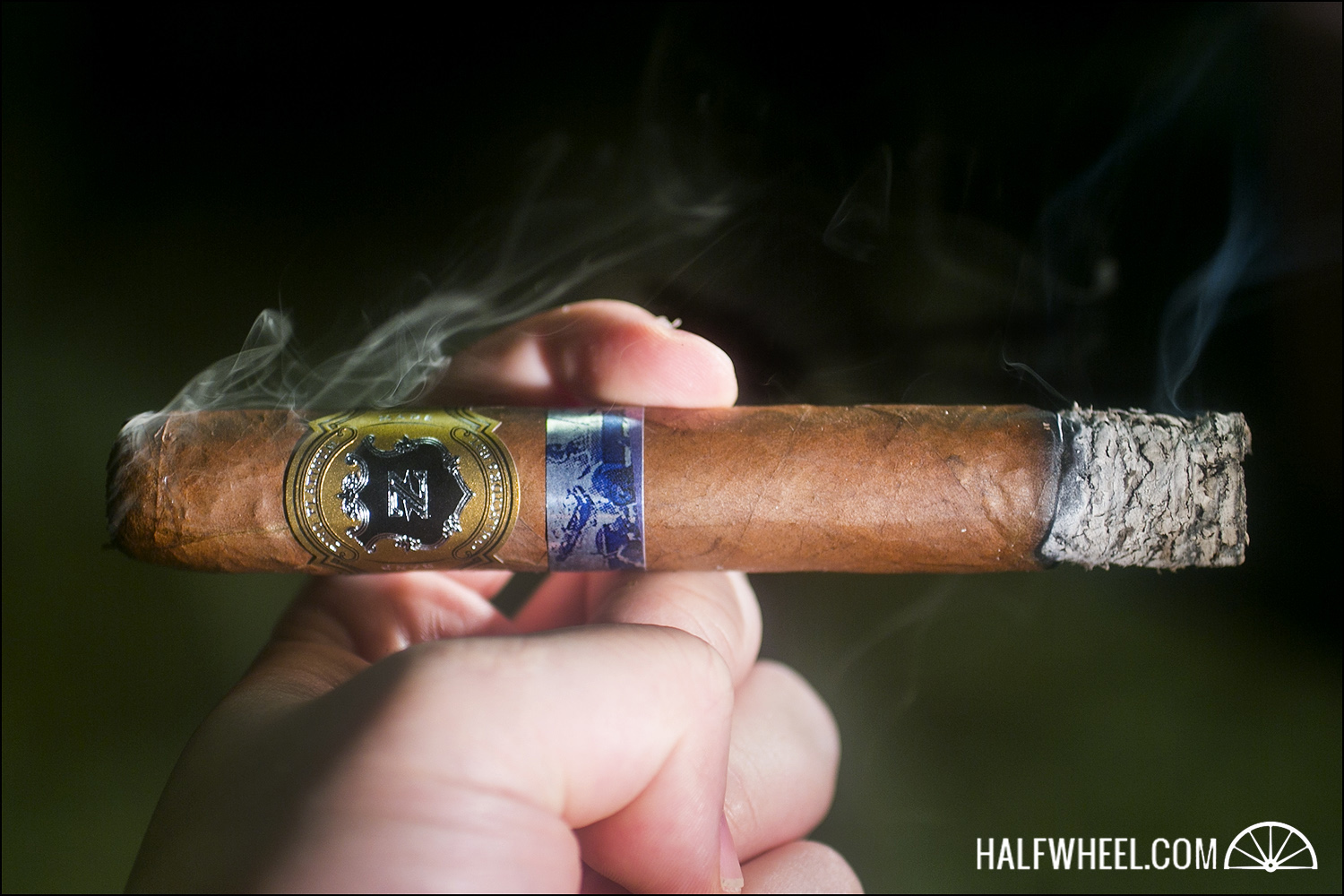 A quick glance at the clock as the second third begins says the Zino Platinum is burning slow. The smoke moves slowly through the air, which is fine, and it fortunately never gets hot. There’s an increase in hay notes and a toned down sweetness, although it’s still there. Through the nose there’s a great hickory and powdered mustard note. After the halfway mark on three samples, I got a peculiar sweetness, it’s somewhat like maple syrup, but far more fragrant. Whatever it was, it made the Make of Los Angeles a lot more enjoyable. Construction-wise, the draws were rarely consistent ranging from semi-tight to moderately open. Ash held to an inch and a half on all samples. It took me a bit to understand this, but by the final third it seems clear that this is no longer a medium strength cigar, rather medium plus. The sweetness continues its slow death, although I would never describe the cigar as not sweet. Unfortunately, the floral notes are going with it, which is unfortunate. By the final inch, the cigar picks up some harshness, hence why on the sample photographed, I stopped.

The price point is not great, but Davidoff made a mistake. This should have been a White Label. It wouldn’t really fit into the already-gigantic Davidoff portfolio, except on one quality, the cigar tastes really good. If you like the complexity you can find in flavors from Davidoff White Label, but are annoyed that there is usually very little nicotine, this could be an answer, although it’s still not that strong. Some of my favorite Zino Platinum releases have been stronger and less linear, but none have been this complex.