In January of 2013, Villiger Cigars announced they would be hosting various Discovery Tour events in order to introduce their cigars to smokers around the country. Along with the normal specials, the events would also feature a sampler of unreleased cigars that would be included with box purchases.

We broke the news with the information of the Unreleased Samplers in a news post back in January:

Villiger Cigars North America, a branch of the Swiss tobacco company, will host the first event of its Discovery Tour tomorrow at Gordon’s Cigars in Colorado Springs, Colo. The Discovery Tour is an 80 event promotion planned for the first quarter of this year featuring a new sampler of unreleased cigars, hence the Unreleased Sampler name. 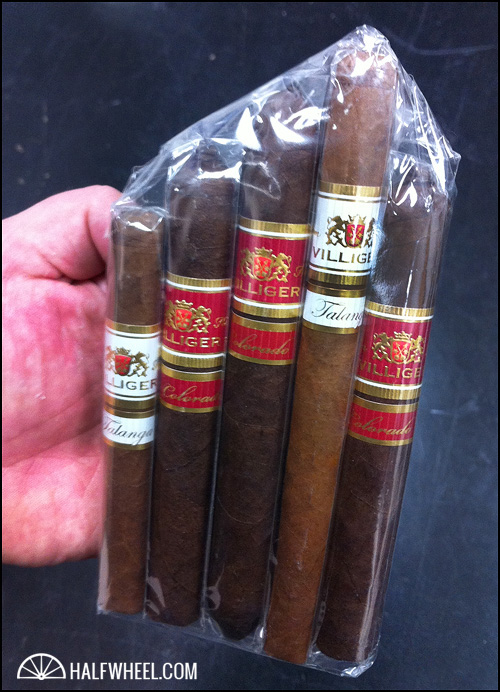 (From left to right):

Consumers who purchase a box of either Colorado or Talanga, the two new blends the company introduced at IPCPR this past year, will receive a sampler free. Only 2,500 samplers have been produced. According to MacLaren, each participating Discovery Tour retailer will have an opportunity to purchase a “limited quantity” of Unreleased Samplers.
An updated list of events is available at Villiger’s website.

Here is what the Villiger Unreleased Samplers look like. 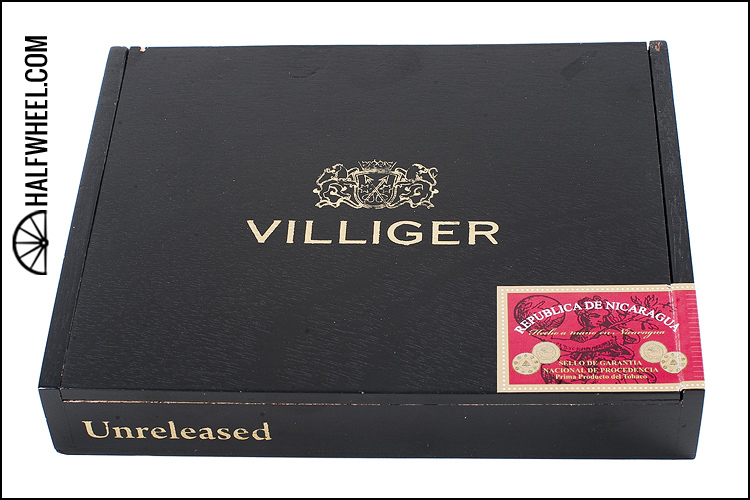 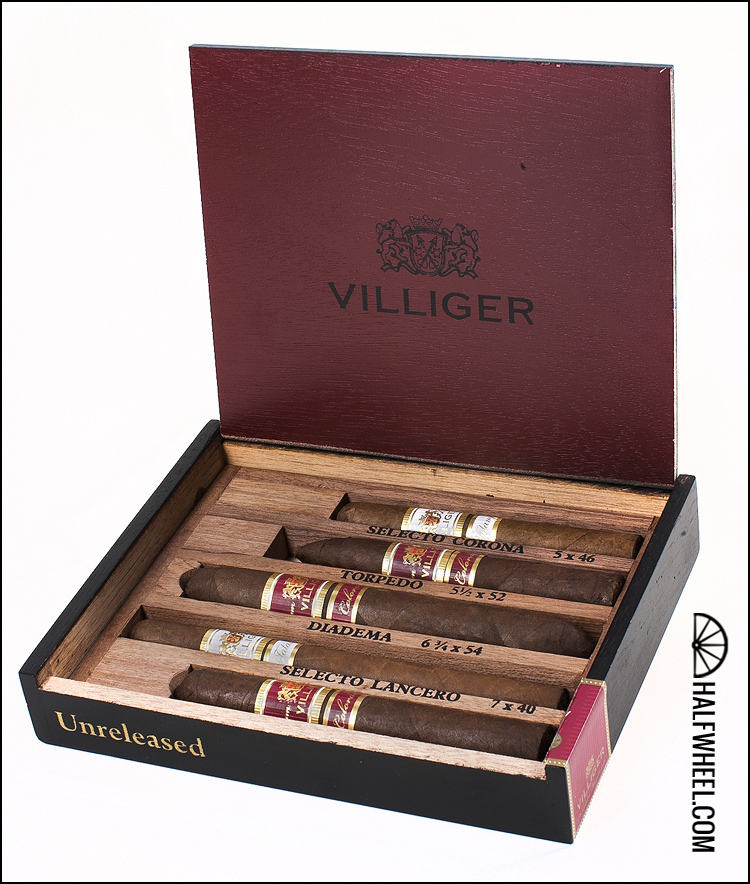 The Villiger Selecto Lancero is a wonderful specimen with a light cinnamon wrapper that is fairly toothy to the touch. Some slight veins are visible, but they are not distracting at all and there is the perfect amount of resistance when squeezed. The aroma coming off of the wrapper is a combination of of barnyard, raisins, coffee and light spice.

The Villiger Selecto Lancero starts out immediately with strong flavors of bitter espresso, dark chocolate, nuts and sweet cedar. There is a great white pepper on the retrohale that combines with a wonderful cinnamon note—both of which are quite strong in the first 10 puffs—but calm down quickly to a manageable level. Construction-wise, both the burn and draw are spot on so far while smoke production is about average. The overall strength of the Villiger starts out fairly light—and while it increases noticeably—it still ends the first third no stronger than a strong mild. 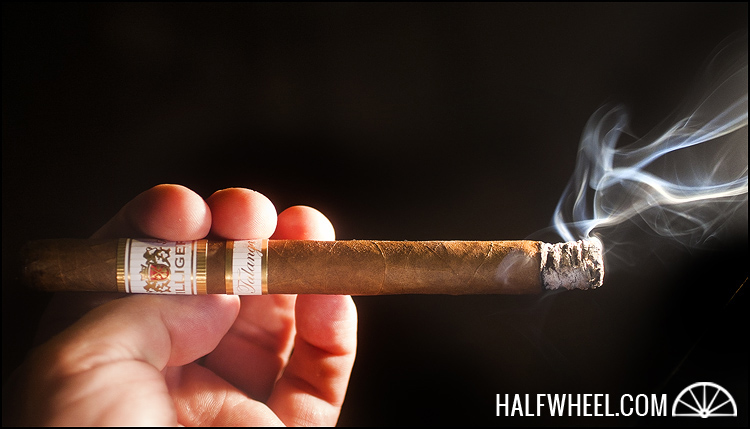 Coming into the second third of the Selecto Lancero, the white pepper and cinnamon combination has decreased quite a bit, although it is still noticeable enough to impact the profile in a good way. The flavors remain somewhat consistent with the first third: a nice nutty note taking the dominant spot along with dark chocolate, coffee and wood. Both the burn and the draw continue to excel, while the strength has increase slightly to a very mild medium. 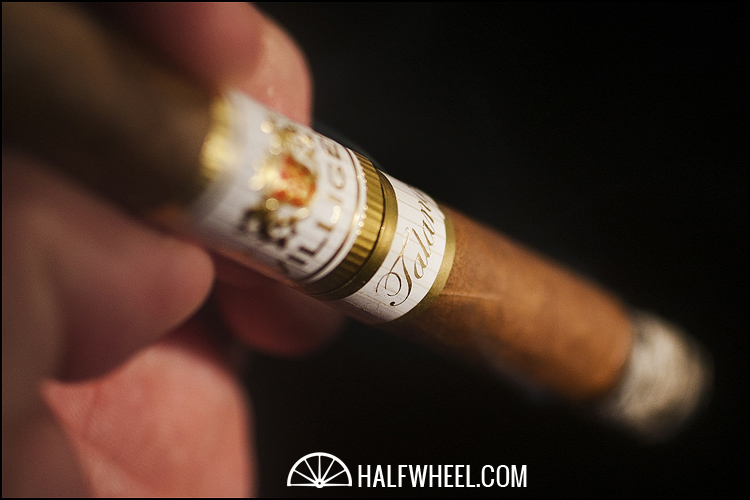 The final third of the Villiger Selecto Lancero pretty much continues down the path the first two thirds set. There seems to be a bit more pepper on the retrohale near the end of the smoke and the dominant flavor changes from a nutty note to more of a noticeably sweet cedar flavor with other notes of espresso, chocolate, earth and nuts ebbing in and out. The construction remains outstanding until the end of the smoke. Near closing, the strength just barely hits the medium mark. 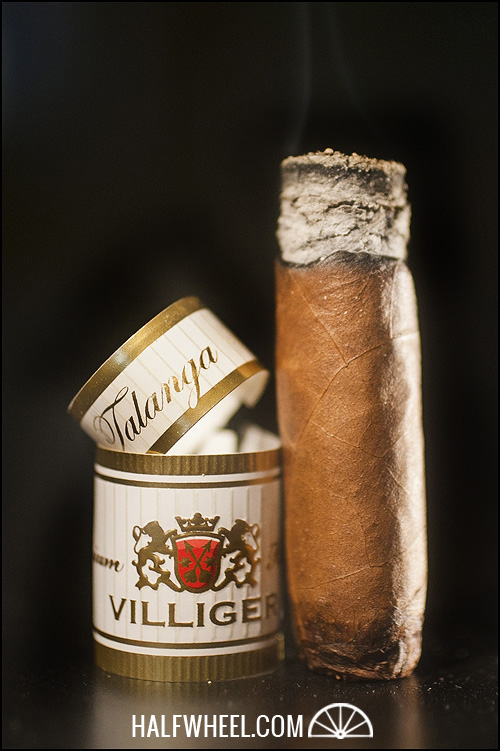 I have always been a fan of the Talanga wrapper that Villiger uses, as it seems to impart some great sweet and peppery notes to the profile and these attributes are quite evident in the Lancero vitola of the Talanga Lancero. Although not overly complex at any point, the flavors are extremely distinct and rich, and the construction of each of the samples I smoked was spot on. Having said all of that, this is a fairly light cigar strength-wise, so don't go into it thinking it is going to blow your socks off in that regard. A perfect cigar early in the morning with a cup of coffee.