Last year Villiger made a strong push into the premium cigar market in North America with the release of its Colorado and Talanga lines. With various sizes and new lines added to Villiger’s portfolio over the last year, the big release this year was to celebrate the company’s 125th anniversary, appropriately named Villiger 125. The Villiger 125 was introduced at IPCPR 2013 in three sizes: 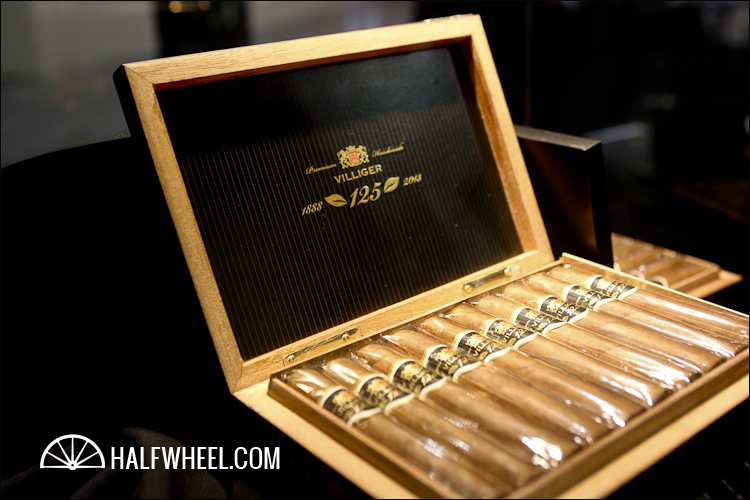 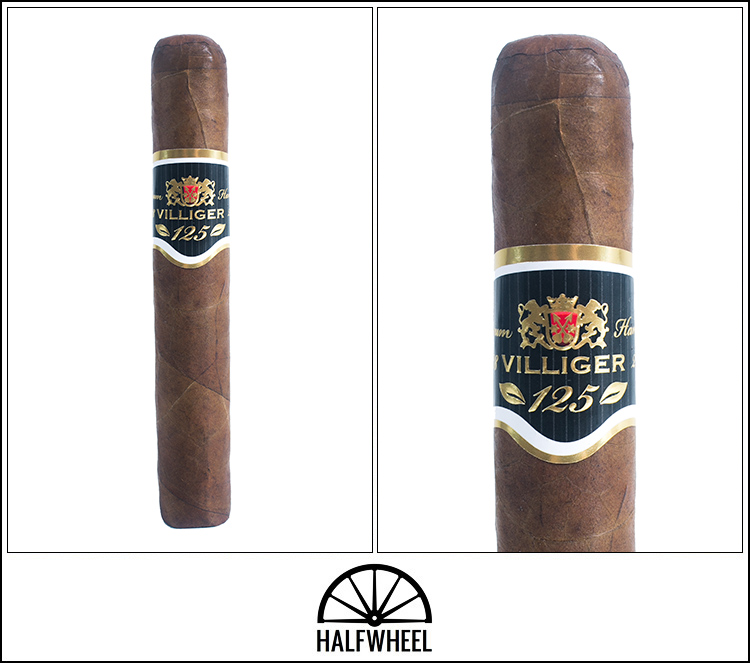 The medium brown wrapper is soft to the touch and only the slightest bit oily. Overall, the construction is solid with only a couple of soft spots where the cigar could potentially be a little under filled. The wrapper has a strong, singular barnyard aroma note drowning out any other more subtle notes. Cutting the cigar and taking a cold draw brings strong pepper on my lips and a light barnyard note along with strong cinnamon and sweet fig playing over my palate.

The first third of the Villiger 125 brings a pure, rich, earthy tobacco taste. Black pepper and a bit of cinnamon accompany the rich tobacco to round it out to not a very complex beginning, but a very enjoyable one. The burn is about as straight and even as you could ask for and the ash holds pretty easily to about an inch. The draw is on the tighter side of ideal, though still within manageable limits. About an inch in a little milk chocolate note plays in and out with the rest of the profile. 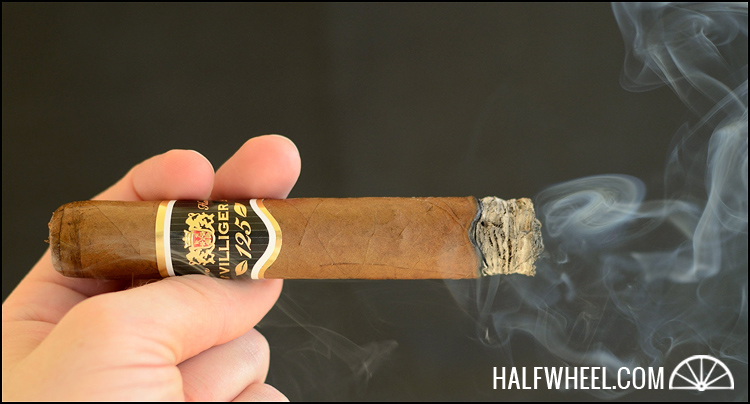 Moving into the second third the chocolate and cinnamon have mostly disappeared, though the earthy tobacco profile is still at the forefront of the Villiger 125. Towards the middle section there is some slight bitterness that dampens the enjoyment of the rest of the notes. The burn has gotten a little skewed, though not enough to require a touch up. The last part finishes up with the bitterness disappearing and the cinnamon coming back with a light fig note. 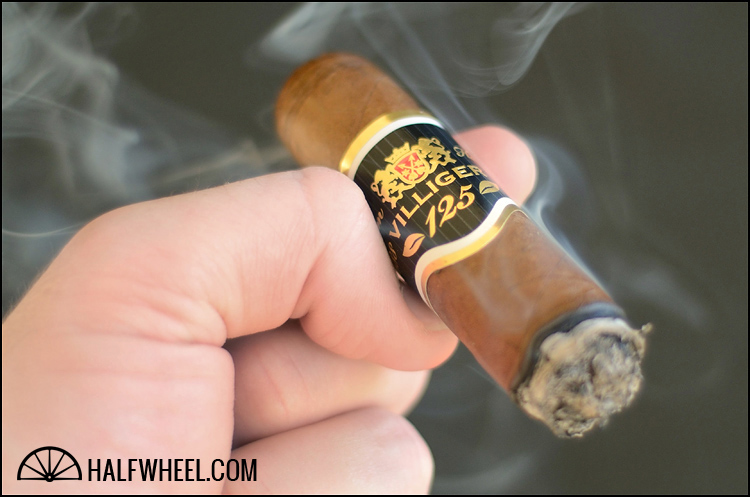 In the final third of the cigar, the cinnamon, fig and chocolate continue to add to the earthy profile. The burn has managed to correct itself and is again burning quite evenly. Unfortunately the slightly tighter draw has required stronger draws and the Villiger 125 has started to burn a little hot with about an inch and a half remaining. Ending a little hot and bitter has, quite literally, put a little bit of a bitter taste in my mouth to what was otherwise a mostly enjoyable cigar. 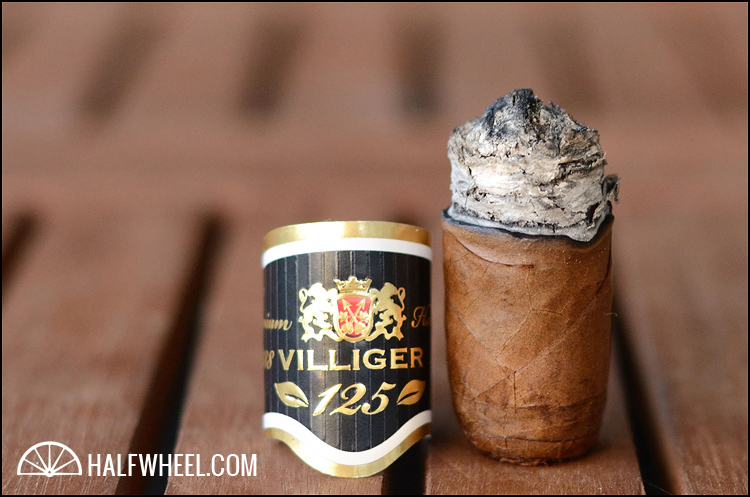