To date there have been five Zombie releases: 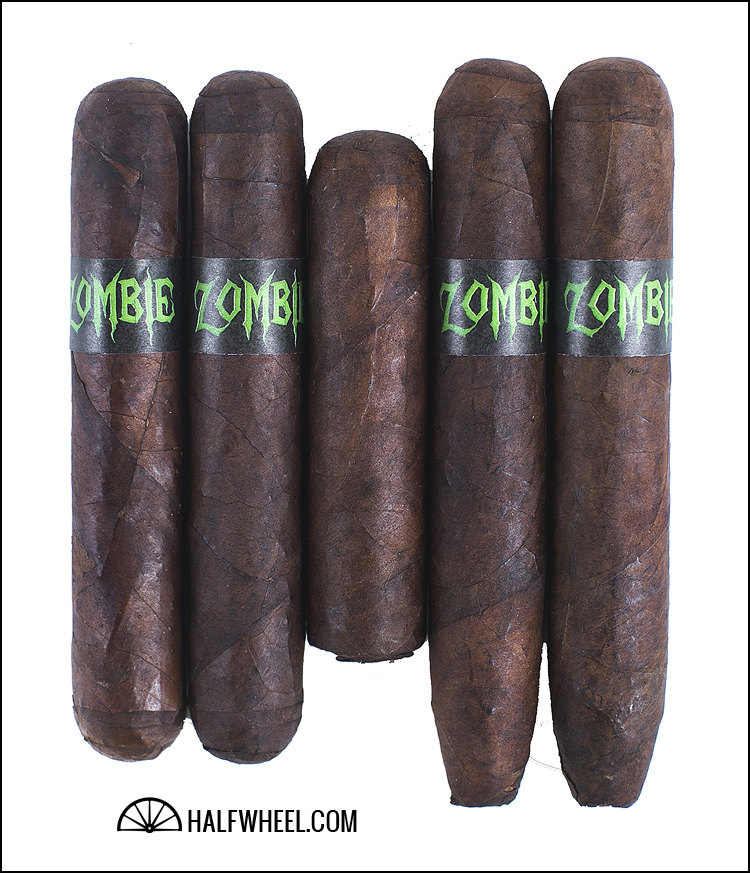 The Super Shot was first released in 2012 with two sizes. In 2013 the Super Shot release has been expanded to feature both sizes in a Criollo wrapper and a Corojo wrapper. In addition there has been a WLP release of the Super Shot, which was the original blend but was rolled in the wrong size.

In case you lost count there have been eight Super Shot releases to date: 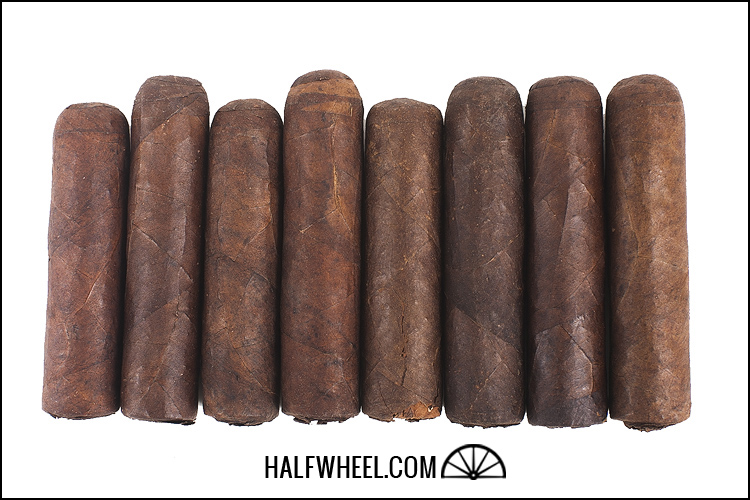 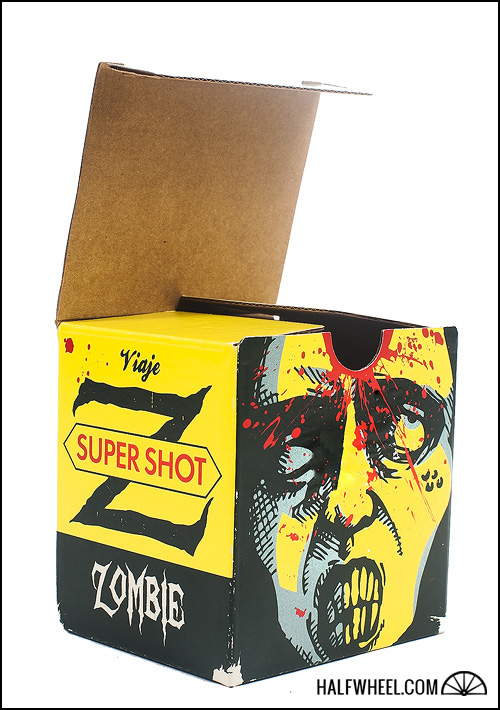 And here’s what it looks like next to the original Super Shot box: 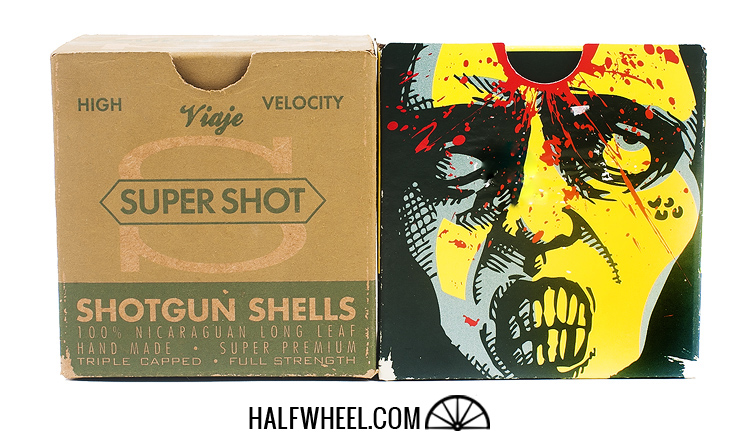 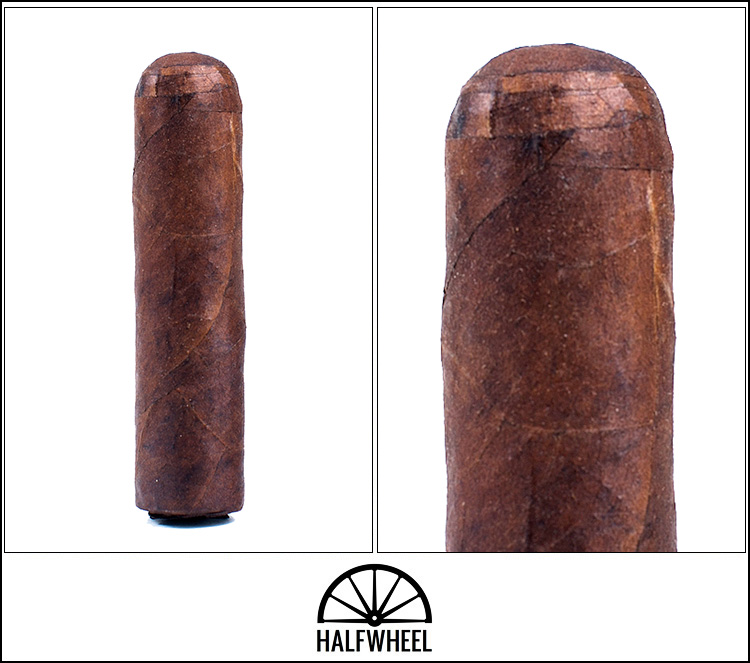 The mottled dark brown wrapper has a few visible veins, though I can’t feel any when I run my finger over them. The wrapper is actually pretty smooth and has a supple, oily feel to it. It’s also applied nicely and the cigar is finished with a triple cap. Sticking with the theme of a shotgun shell, the cigar is the same length and approximate width as a shotgun shell and even has a covered foot just like the folded in end of a shell. Squeezing the cigar there are only a couple of minor places that might be considered soft, but overall the cigar has a nice give to it without being too squishy. The aroma coming off the wrapper is a mouth watering mix of chocolate, cinnamon and strong earthy barnyard notes. The cold draw has notes of cocoa powder, very light cinnamon and the slightest hint of raisins.

The first third explodes with a peppery dark chocolate profile that has some strong earthy undertones and some pleasant old, musty lumber notes hanging out in the background. The Zombie Super Shot has an ideal draw and a beautiful burn line. The dark grey and cream colored ash holds tight to over an inch and actually refuses to fall off even with a light tap. Smoke production is medium and not too overwhelming like you might expect from most Nicaraguan puros. 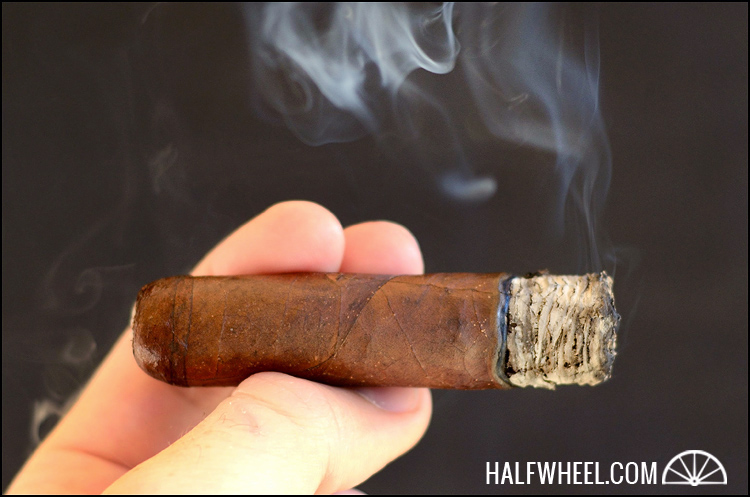 In the second third I’m noticing the pepper smoothing out a little, with the dark chocolate being overtaken by earthy, leather notes. Construction continues to be impeccable with the draw, burn, and ash retention all remaining excellent. Smoke production has actually increased some as well. The final third has developed further into a rich fruity and dark chocolate combo with the earth going back to just undertones. The cigar’s strength started at a medium and moved to strong and had an overall full body. Unfortunately, since the Viaje is only three and a half inches, the final third is already down to the last inch of the cigar, making it a short, but delicious ending. 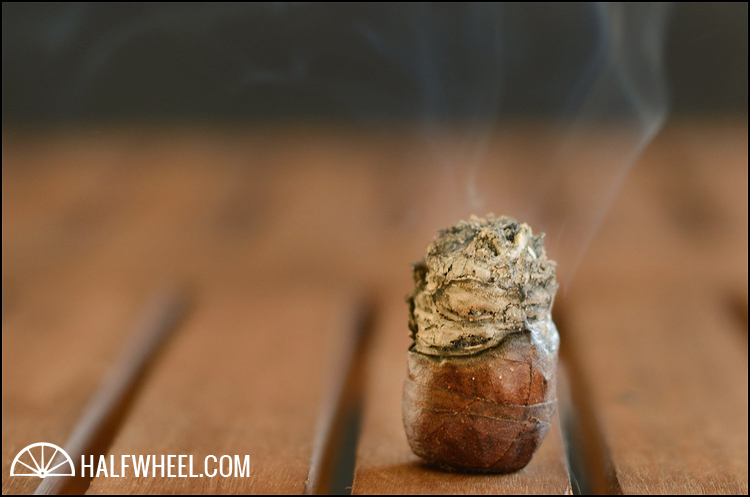 While the issues with some recent Viaje releases made me a little wary, the Zombie Super Shot quickly and thoroughly quashed those worries with its great flavor profile and solid construction. While the overall profile didn't change too drastically, this short cigar went through a surprising amount of change and development. The one drawback to the cigar is that it seems to end right as it’s hitting its stride. The final third was the most enjoyable, though with only a little over an inch to each third, the enjoyable finale didn't last long. Even at a slightly higher price than one might expect for a smaller cigar, this limited edition release is well worth hunting down.