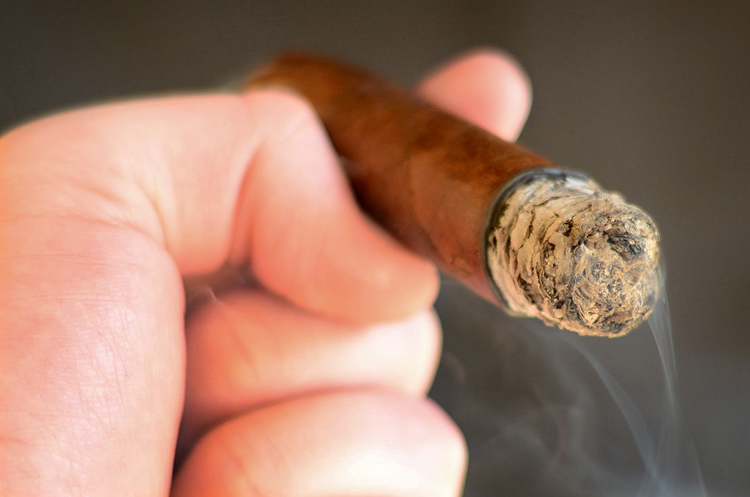 Two years ago Viaje first released the TNT as part of its seasonal summer release of limited edition cigars. Made to look like a stick of dynamite, the TNT has been released three years running in late June and in time for the Fourth of July.

Last year, Viaje added the C-4 to the lineup and this year they added the Roman Candle as well. All three are running with the theme that corresponds with our national pastime of playing with explosives to celebrate our independence.

Brooks Whittington reviewed the original release of the TNT and had this to say about it:

Viaje have become quite the marketers (and a popular brand) in the last six months or so, and the TNT is no exception. Other then the obvious similarities of the cigar with a stick of dynamite (the inch long pigtail “Fuse” is a nice touch), the cigars are shipped in an extremely interesting crate which looks just like an actual box TNT. 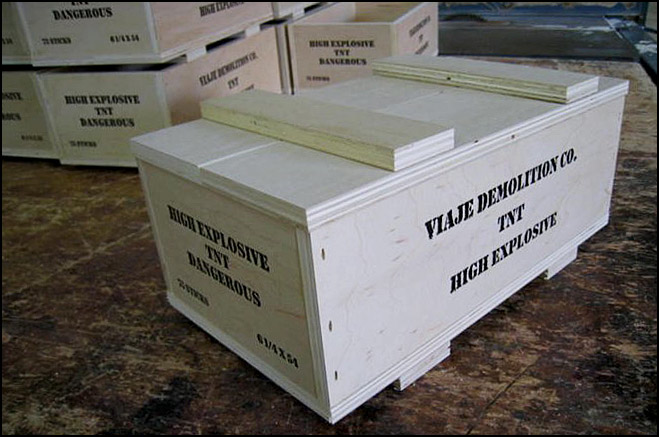 While the cigar and packaging remain essentially identical to the 2010 and 2011 releases, this year Viaje increased the number of boxes released from 50 to 125.

Here’s a picture of all three Viaje TNT releases in order of release: 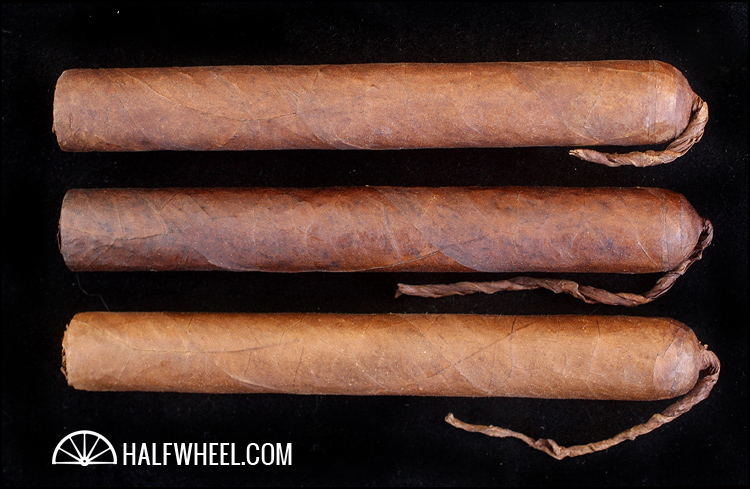 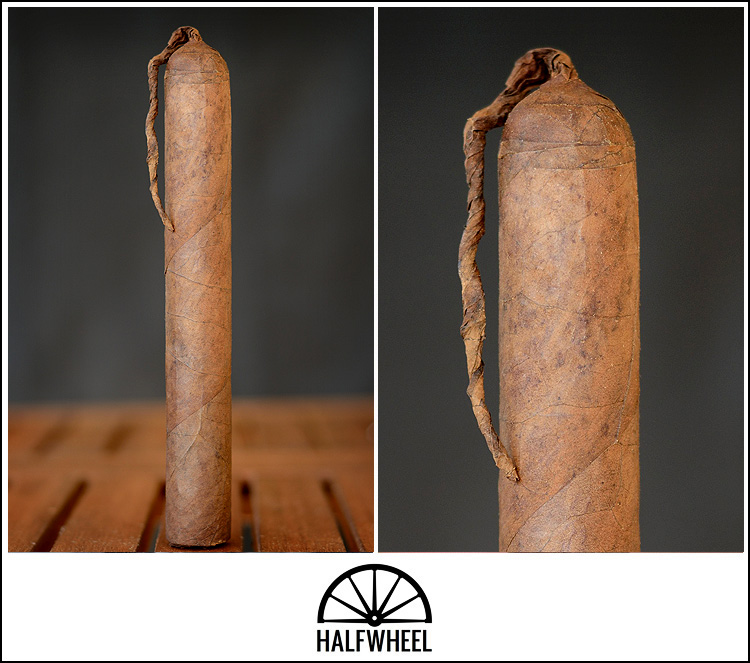 The appearance of a stick of TNT is a fun touch which gives it an air of interest that would otherwise just be a nice looking cigar. The wrapper is soft and has a slight oily feel to it and is a mottled light and medium brown color. The TNT is a hefty cigar with a nice give, but doesn’t have any soft spots. The covered foot gives off the aroma of sweet tobacco and a slight barnyard taste. The cold draw brings hardly any flavor past a mild touch of sweet tobacco.

Starting out the first third I’m getting an overall very mild profile. There is little to no spicy kick for something named after explosives, but more of a mild woodsy profile and not much past that. It’s actually not bad, I’d say it’s even enjoyable despite the fact that it is such a mild flavor profile. The draw is good but it borders on loose, which on a stick that’s above 52 ring gauge can be a bit daunting. The smoke production is ridiculously abundant and I don’t have to work hard to get it to do so. Construction is proving to be excellent by a very nice burn with a nice white and gray ash that holds on steadily to at least an inch. A little over an inch in and there hasn’t been much change at all. The only new development is the woodsy profile has added a bit of a meaty flavor to the mix, almost like a steak on the grill, but not quite. Appropriate for the season I suppose, although kind of odd to taste in my cigar. 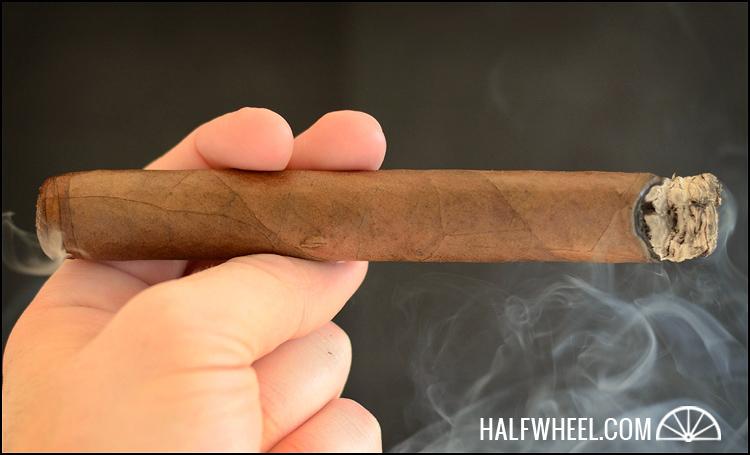 There still hasn’t been much change or development in the cigar starting out the second third. It still has an overall nice, but singular, woodsy profile. One thing I notice is that the TNT is actually a pretty forgiving cigar that allows you to smoke it slow or quick, depending on your mood. Slowing down or speeding up the time between draws isn’t really changing the profile much at all. About halfway through this third a pleasant sweet creamy nature has taken over the cigar. The woodsy notes are still there, which I still can’t place exactly, perhaps oak or I even want to possibly say mesquite, but instead they are now enveloped in this sweet creaminess. 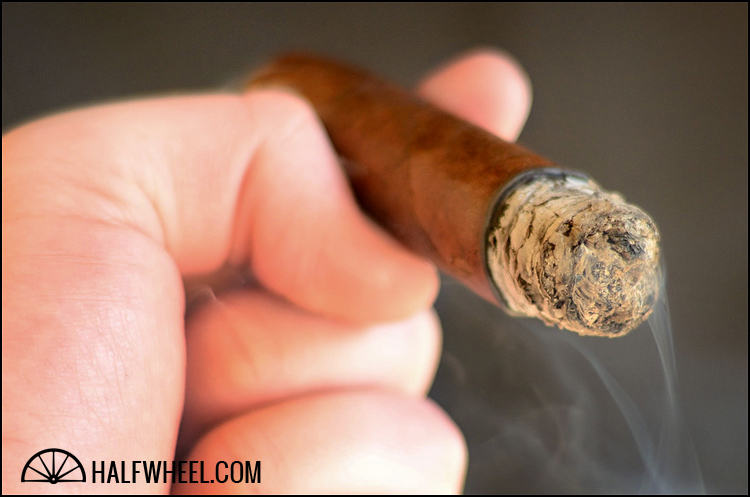 Much like the first two, the final third brings the same profile without anything new or different. Overall the sweetness has died down a little, which is unfortunate because that was enjoyable and in my opinion didn’t stick around nearly long enough. I finish up the cigar much the same way I started it, without much fanfare in the flavor department but not minding it at all. This is the first year I have smoked the Viaje TNT and I can’t say that it was a bad cigar. I enjoyed it to a certain extent, however it just wasn’t very interesting. The absolute lack of complexity was a bit of a disappointment although I never found myself thinking that I didn’t like the cigar. It was a very nicely made cigar without any draw or burn issues, produced plenty of wonderful smoke, and was smooth and easy to smoke. I think if there was even one more flavor note in the mix I could bump the score up. With it being as it is though, I can only tentatively recommend trying a five pack of these or better yet, trying a single and going from there.