A few weeks ago, Andre Farkas showed off a new round of Viajes set to hit retailers in mid-March. Included were a total of five different cigars, including three different Skull and Bones. One of which was the newest rendition of the Viaje Skull and Bones WMD. 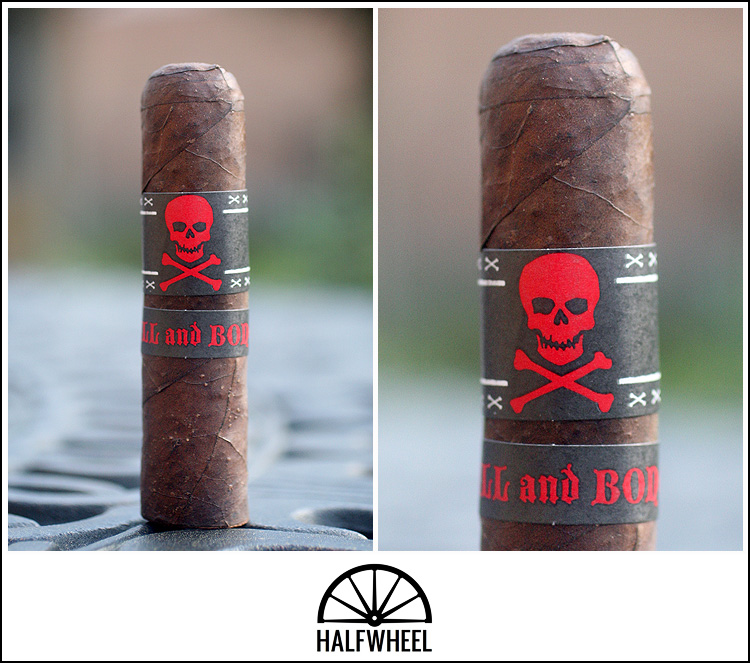 It’s a bit smaller than the original, and by smaller, I mean two ring gauge differences. The WMD’s wrapper is very oily with veins prominent throughout the Nicaraguan wrapper, which displays quite a bit of reds. Aroma-wise, there’s faint leather and sour earth, medium plus at best even straight out of the cellophane, which is a bit light as far as the Viajes go. From the foot, there’s a lot of sweetness from cocoa and earth with red pepper towards the end. The cold draw is rather open with leather up front and hickory underneath the familiar earth and pepper.

The first third of the Viaje Skull and Bones WMD begins with earth and pepper, although it’s a bit muted. There’s some leather and woods that quickly join the fray with a bit of red pepper on the finish. The draw is once again open with an average smoke production. While there is a blast of strength at the beginning, you can tell it’s trying to settle down. It eventually becomes a core of sweet earth, coffee, touches of cedar and an herbal note. The red pepper remains at the back of the throat, although by the end of the first third it is more of a pepper mixture than the defined note it began as. 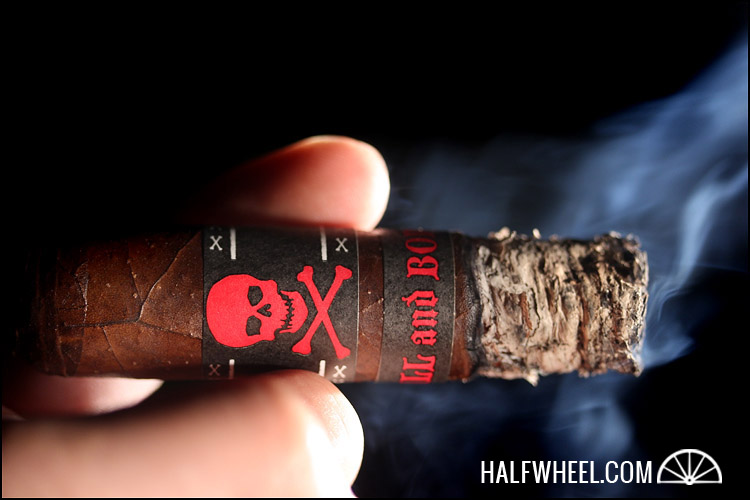 Into the second third and the inconsistent smoke production and burn are becoming more of a problem, although more annoying than actually causing construction malfunctions. Pretty quickly in and cocoa and toastiness become the dominant flavors over the cedar and red and black pepper mixture. While I’d still describe it as full, it is not the in your face profile the name and band would lead you to believe. That being said, I still find the flavors harsh, although not gritty at all. Strength is beginning to decline leaving the 2012 rendition of the WMD somewhere in the medium-full range. The final third sees the draw close slightly, still unfortunately wide open. Flavor-wise, the harshness begins to settle while the earth mixes with the cocoa and coffee to create a more linear profile for the closing minutes. One thing that is clear despite the intertwined nature is the developed flavor. One thing that has remained consistent is the pepper, which still dominates the finish. 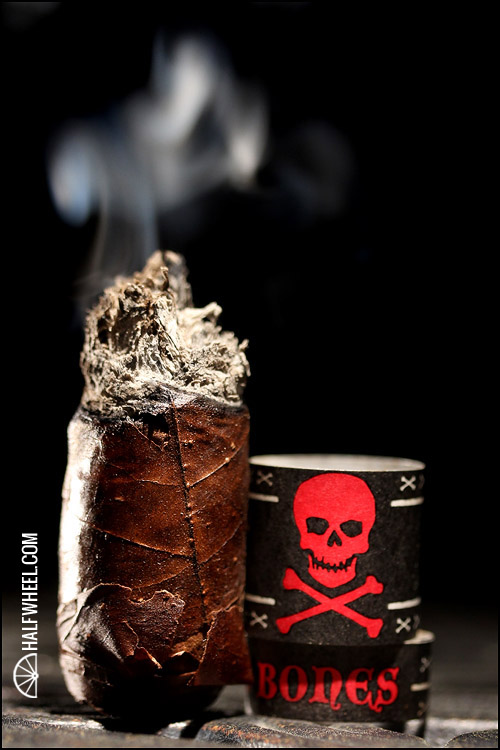 I can't imagine that the two ring gauges shed by the 2012 version made all of the difference, but the reality is, the 2012 was far more enjoyable than the original. I enjoyed the WMD and wouldn't mind smoking it again, however, this was neither that complex of a cigar, nor that entertaining of a cigar. The profile changed more than many would think from a cigar that isn't four inches long, but this wasn't anything but average in that department. Head-scratching begins at the price where the cigars are nearly $10 per cigar, which is a problem more for the profile than the size in my book. Still, for those that have been disappointed by many of Viaje's recent releases, the Skull and Bones will likely be a pleasant experience.