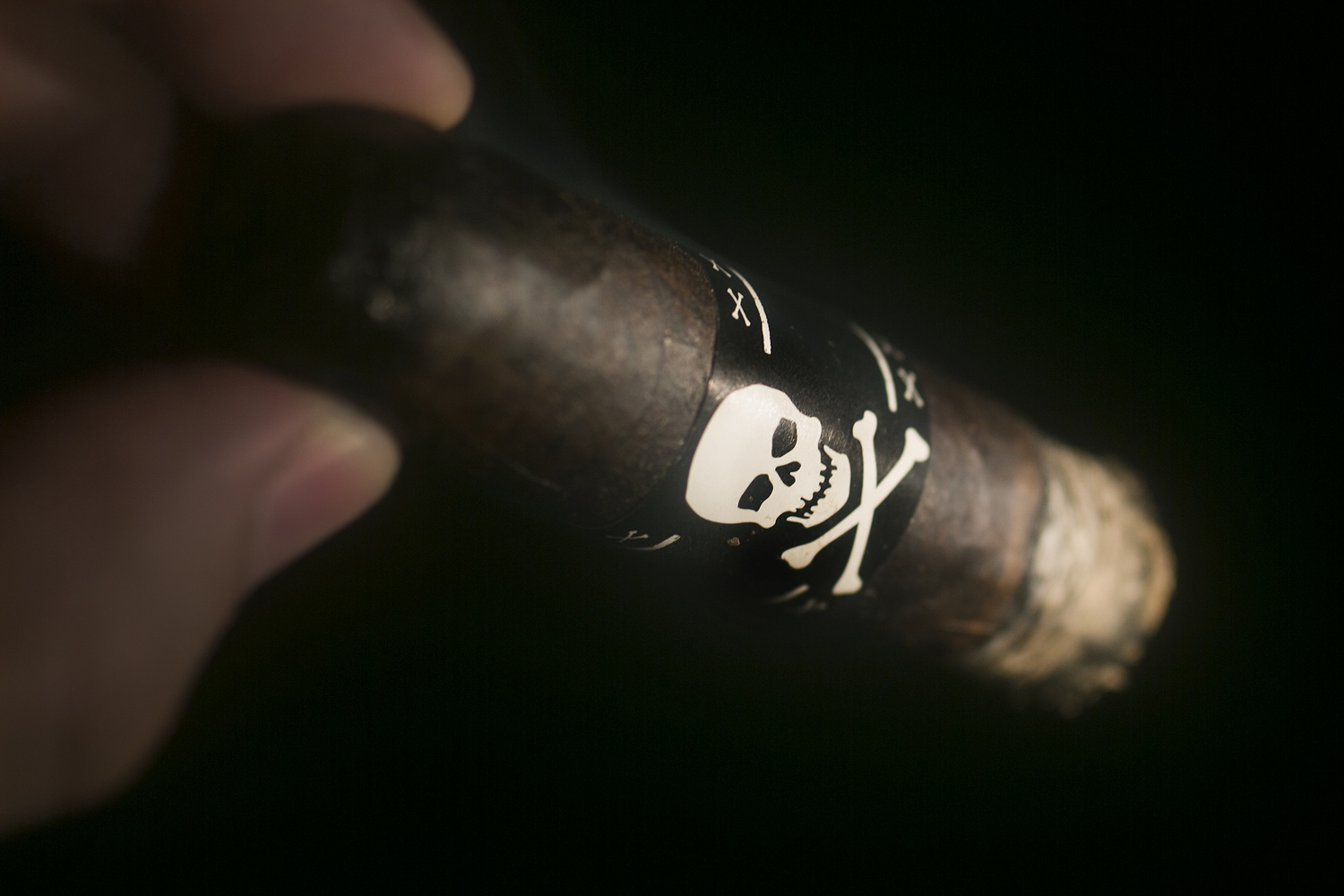 As has become tradition, this version of Skull and Bones features the black band with white lettering and is in fact glow in the dark. As is also tradition, getting details out of Viaje regarding this release is amongst the hardest of any of its cigars.

Andre Farkas told Cigar Insider there were 200 boxes released and featured a “maduro wrapper.” Invoices we obtained indicate pricing is $230 per box and we measured the cigar to be 4 3/4 x 52.

This is the 18th release of Skull and Bones: 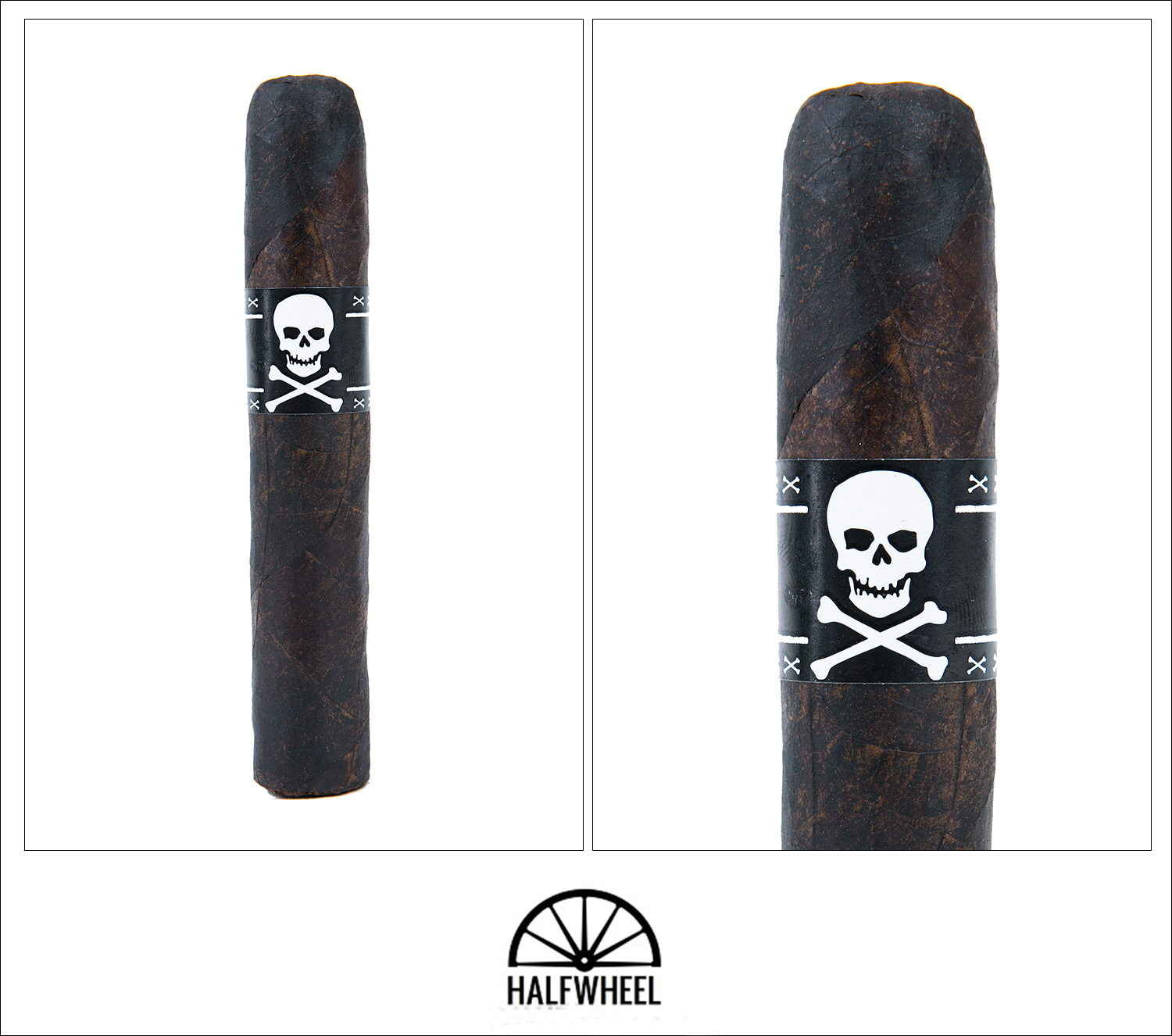 Not surprisingly the wrapper on the Skull and Bones M?stery is quite dark. Depending on the light, it can actually blend into the cigar itself, but it’s also incredibly smooth to the touch. Farkas was hesitant to describe the shape to anyone and I think there’s actually a slightly different cap treatment, a bit thinner than how a traditional parejo would tail off. Despite the cigar being shipped in cellophane, there was not an extreme amount of aroma from the wrapper, just a touch of barnyard. From the foot of the Viaje, I get a pungent medium aroma with cherry woods, pepper and spices. The cold draw has some distinct flavor that tastes like the iconic Japanese candy, Kasugai gummy candy in the kiwi flavor.

In another lack of surprise, the Skull and Bones M?stery begins the first third quite strong. There’s some bittersweet barnyard notes, lots of harsh pepper and some woodiness behind the dominant notes. From the get go, my palate is getting assaulted by just how big the flavor is. Ultimately, I think it’s a combination of both my palate becoming less sensitive as the cigar burns and the cigar getting a bit lighter by the end of the first third—while the bittersweet, woody and pepper notes are still full, it’s not absurd. While the draw, cold draw and smoke production were all phenomenal, the cigar is struggling to remain lit, albeit never going out thanks to a few touch-ups. 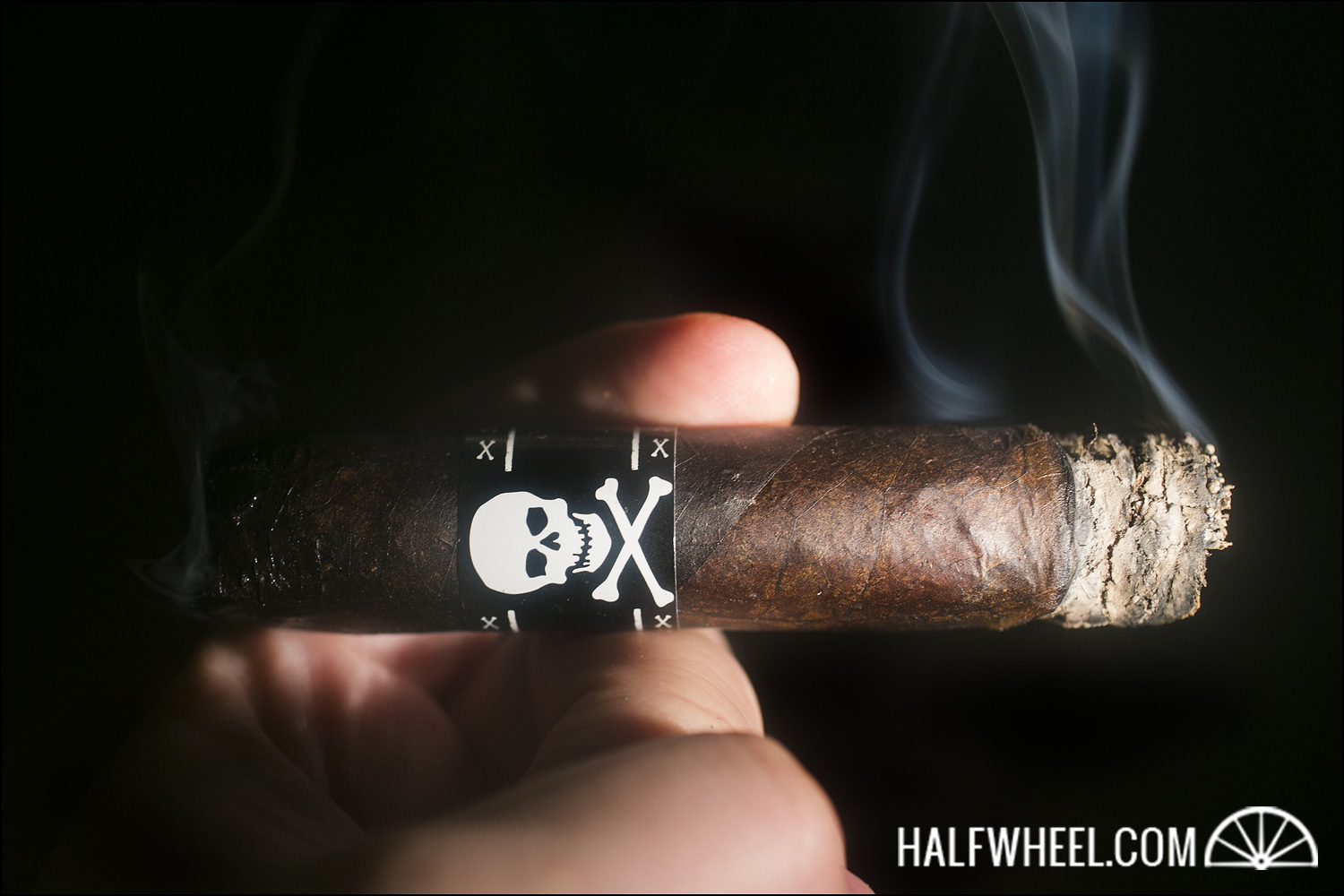 The Viaje shines in the second third. There’s a velvet-texture that takes over the cigar and the rest of the profile develops. The woodsiness is now a defined cedar and while the bittersweetness and barnyard are still present, they are no longer on top of the flavor. A Chinese five-spice mixture has emerged on the back of the throat and the pepper is now solely on the top of the mouth and through the nose. Still entirely absent is sweetness, but it’s less of a glaring issue. Construction-wise, smoke production remains insane, but I still am finding myself touching up the cigar largely to keep it going. 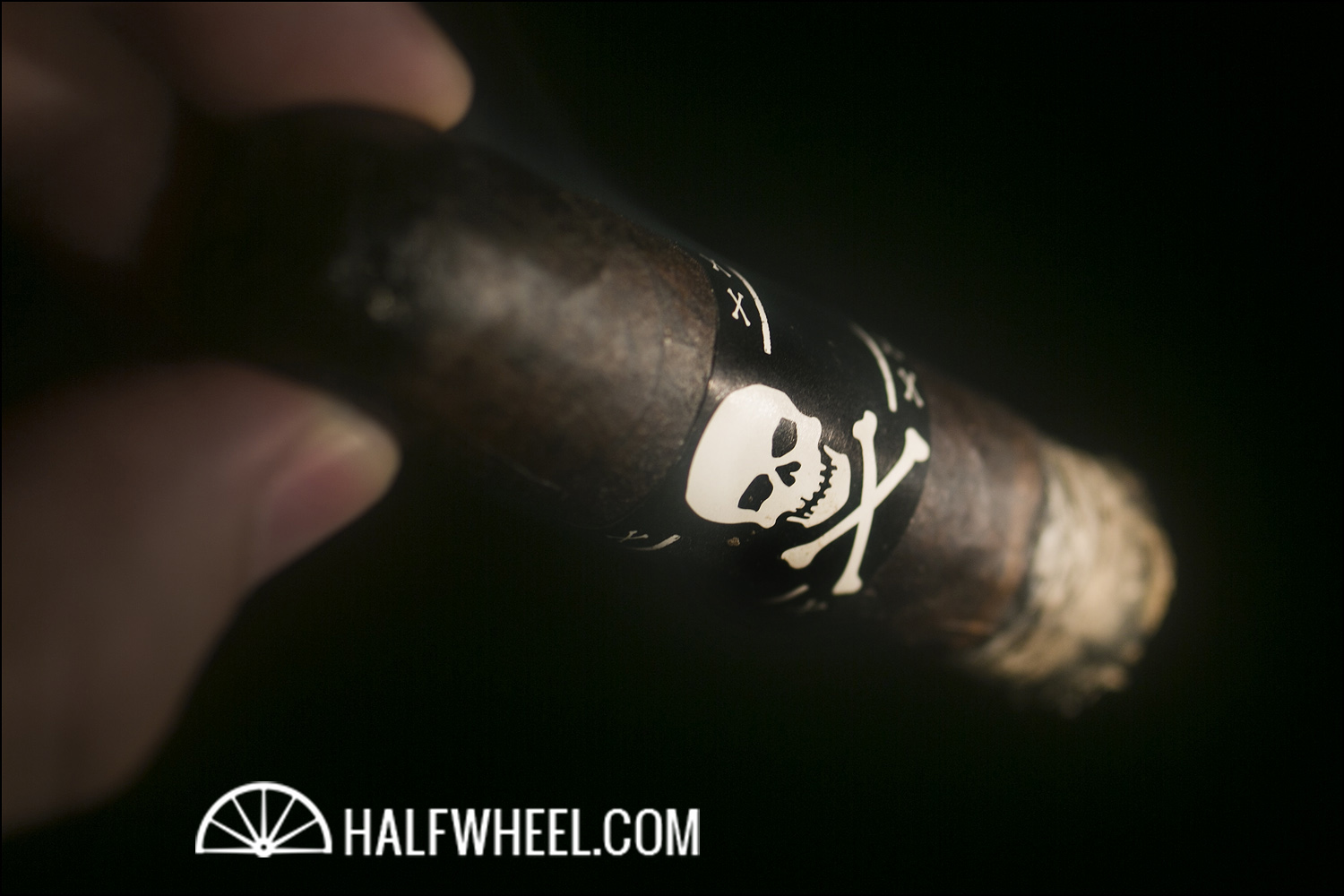 Fortunately, the flavor continues progressing in the final third. There’s a bit of a sour grape, not full-on wine, that adds a touch of sweetness, but it’s not what I hoped for. The cedar note has become a bit softer, the pepper and spices a bit stronger and a return of the harshness. There isn’t a whole lot else, which is disappointing, and I continue to struggle with keeping the cigar burning, also a mess. 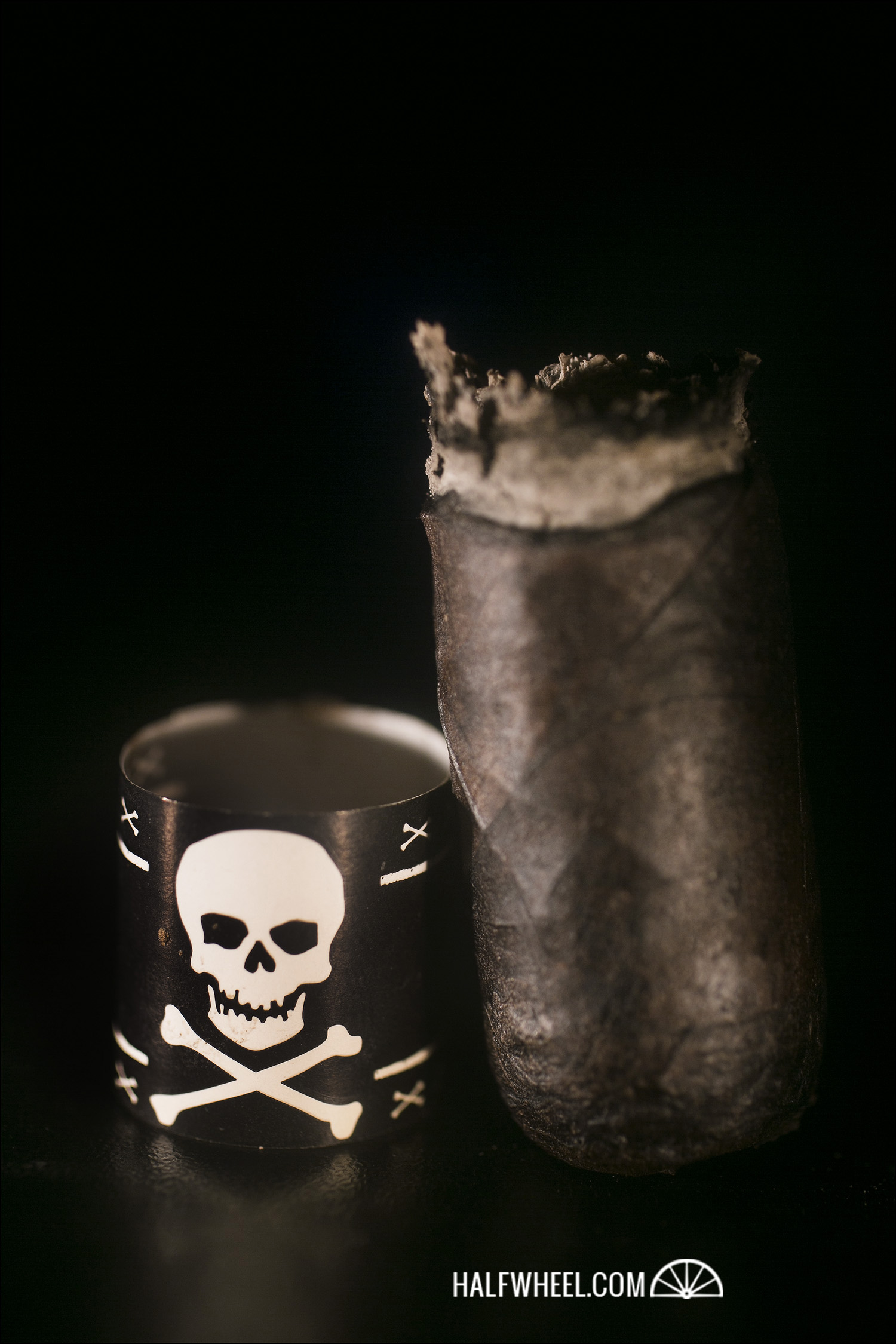 Skull and Bones has not been Viaje’s champion of complexity, but I’m not sure that’s a good enough explanation behind this cigar. It was just a disappointment. Andre Farkas has made cigars with this boldness and more to offer, Litto Gomez has made cigars with this strength and more complexity, Fuente has made stronger cigars without the construction concerns. I have always been more impressed with Skull and Bones Red and this example of M?stery surely is not changing that. And yes, I do wish this wasn’t sounding like a broken record.