In mid-2010, Viaje released its first summer release, the aptly named Summerfest. Following closely behind was the first release of the TNT, a cigar that was shaped to look like an actual stick of TNT. Both Summerfest and TNT have been released every summer since 2010. In 2011 Viaje added the once-again-aptly-named C-4 and in 2012, Viaje has added yet another cigar to the growing pack, the Roman Candle.

We first broke the news that Viaje was going to be adding a new size back in May, when Farkas told Patrick there would be an additional size added to this year’s release of C-4, Summerfest and TNT. Then last month, Farkas released the first photos of the Roman Candle and confirmed it would be a 9 x 50 Gran Corona vitola, also known as an A.

The boxes that the Roman Candles come in look like this: 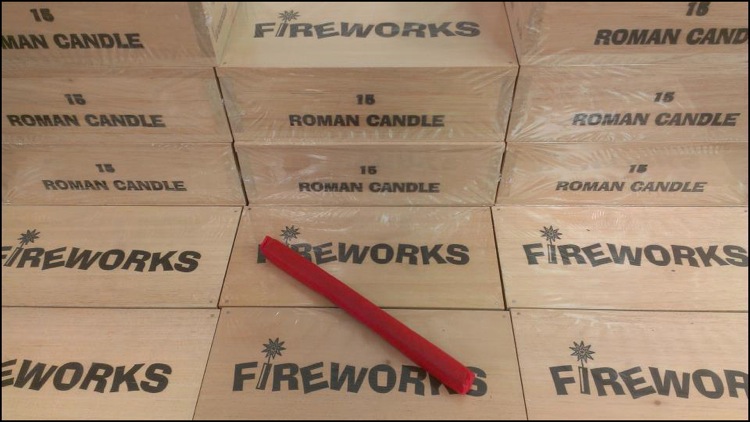 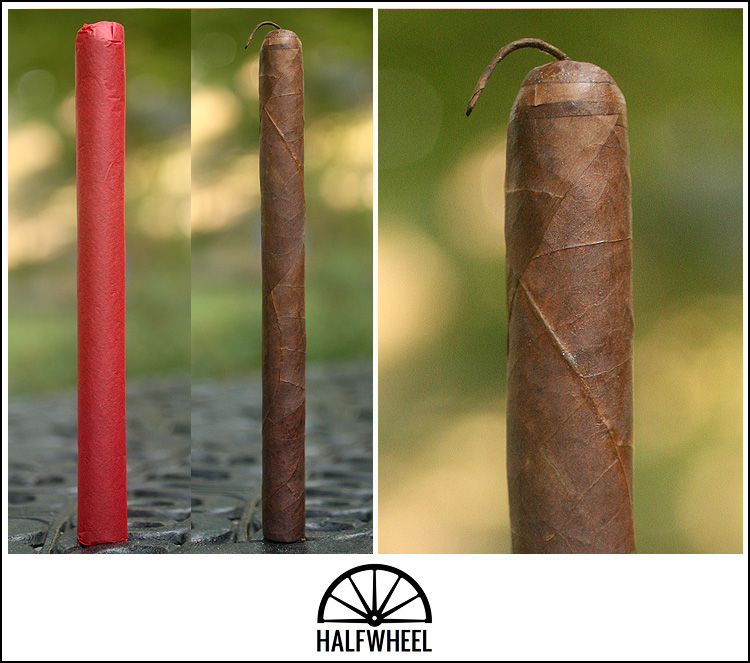 The Roman Candle is an imposing cigar, both in size and color. Honestly, the length is almost comical. Color of the wrapper is a very dark espresso brown with an oily sheen to it. The cap has a very short pig tail on it and it has a covered foot as well—a bit different than the TNT. The Viaje is a bit spongy when squeezed and there are a few soft spots—but nothing bad enough to get overly excited about. The silky smooth wrapper smells strongly of coffee beans, cedar and leather, with a touch of spice.

The first third of the Roman Candle starts off with nice flavors of cocoa powder, leather, bitter espresso and generic wood. There is almost no spice at all present, and while I am getting a bit of black pepper on the retrohale, it is not strong enough to bite. There is a general sweetness that comes and goes, but it is never strong enough to place accurately at this point. The burn is somewhat erratic, albeit easily fixed and the draw is a bit spongy, but not bad enough to really effect the profile. Strength starts out as a mild-medium, but it does seem to be slowly getting somewhat stronger. 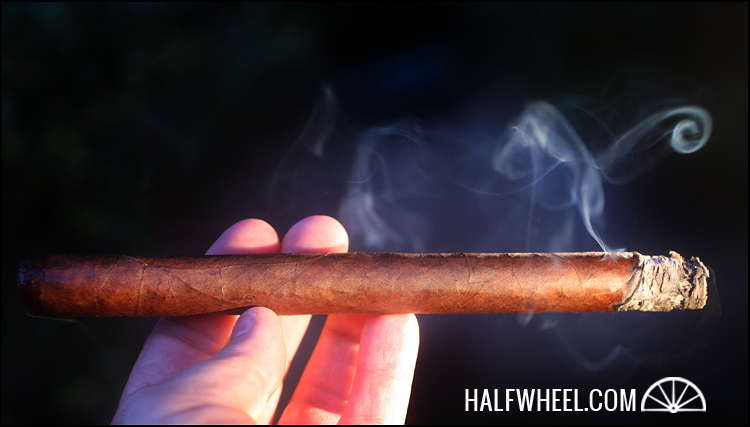 Coming into the second third and the profile of the Roman Candle is much the same with leather, bitter coffee and wood leading the pack. Still no spice at all and the black pepper has receded to almost nothing as well. The sweetness from the first third is still around ,but has not increased in strength, and I still can’t really clarify what it tastes like yet. Construction in improved from the first third with the draw of the Viaje firming up a bit and the burn evening out nicely. As expected, the strength has increased, but only to a solid medium and I would be surprised if it goes much further. 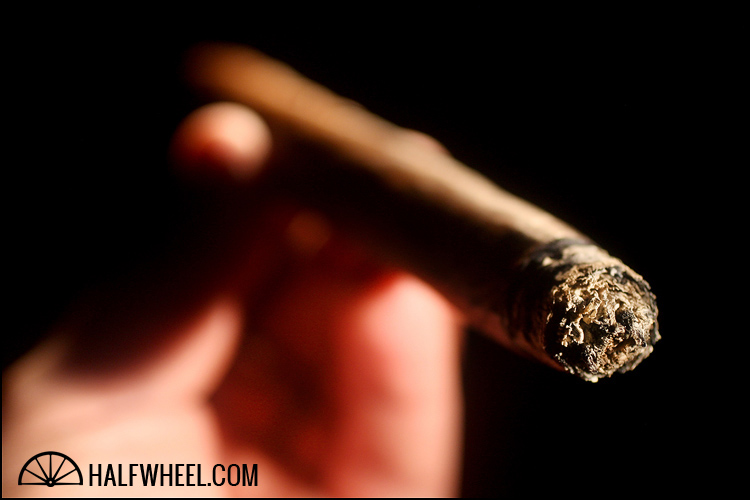 Sadly, the final third of the Viaje Roman Candle, which starts almost exactly two hours after I started, has almost nothing in the way of changes. The flavors stay the same, the profile stays the same, the strength stays the same and the construction stays the same. One good thing to note however: the cigar is easy to nub, if you can actually smoke it down that far—and it never got hot or bitter at the end of the smoke. 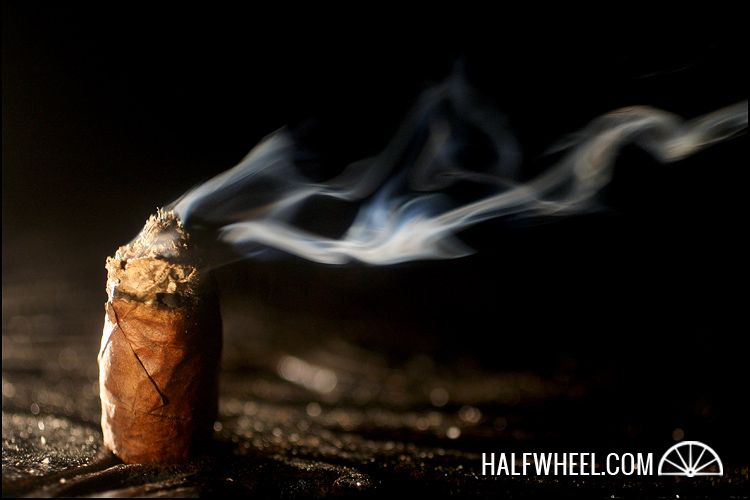 The Bottom LIne: I will never understand why Viaje chose one of its blandest blends to fill their first A-sized release in the companies history. It is a monotonous, fairly boring and predictable three-plus hour smoke with a profile that never really changes for that entire time. Now don’t get me wrong, it is not a bad cigar overall—in fact, I enjoyed it for the first hour or so—but it is neither complex, strong, nor even interesting. Basically, if you are looking to smoke a three hour cigar the size of a walking stick in which you don’t have to think about the flavors at all, then this is the release for you.