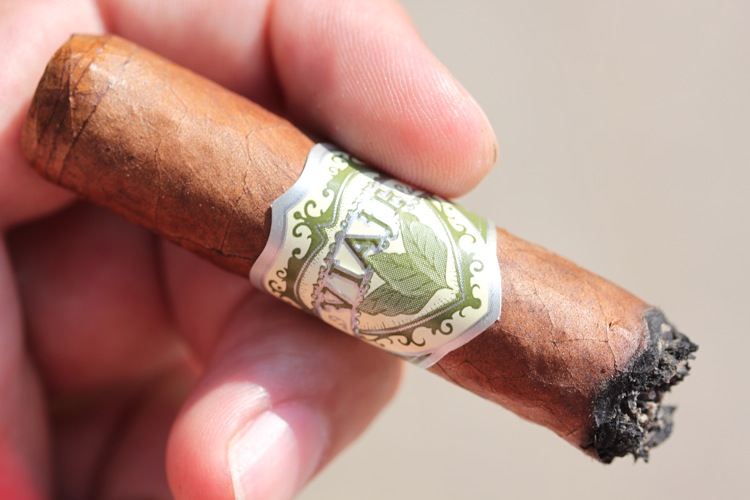 The other day we got dubbed “blog of Viaje” by a retailer. I understand it, but from my counts we’ve reviewed a whooping two Viajes since the site launched. Where we have been fortunate is to have a steady supply of the latest news on Viaje. Still, to say that I don’t smoke Viaje would be a lie; the reality is that I just don’t smoke enough of them to review. However, when the idea behind Lancero50 started, it became apparent that Farkas’ Lancero would have to be reviewed. 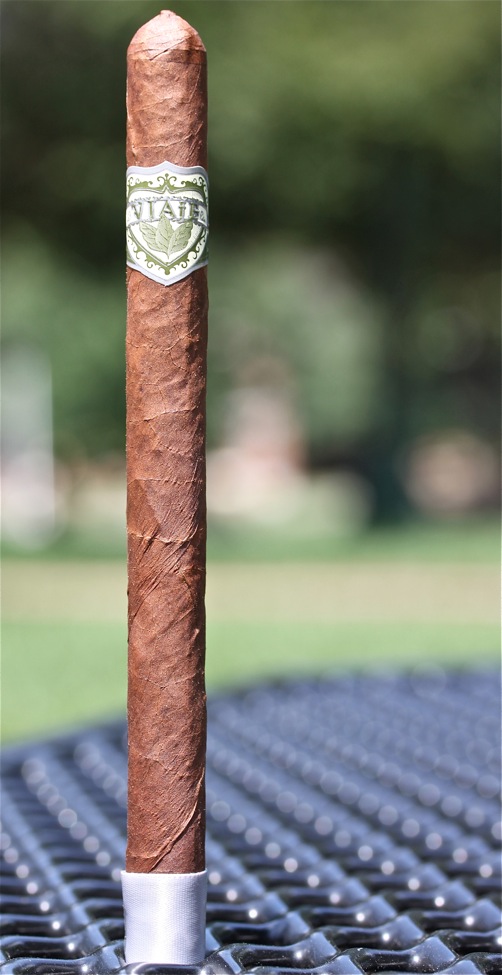 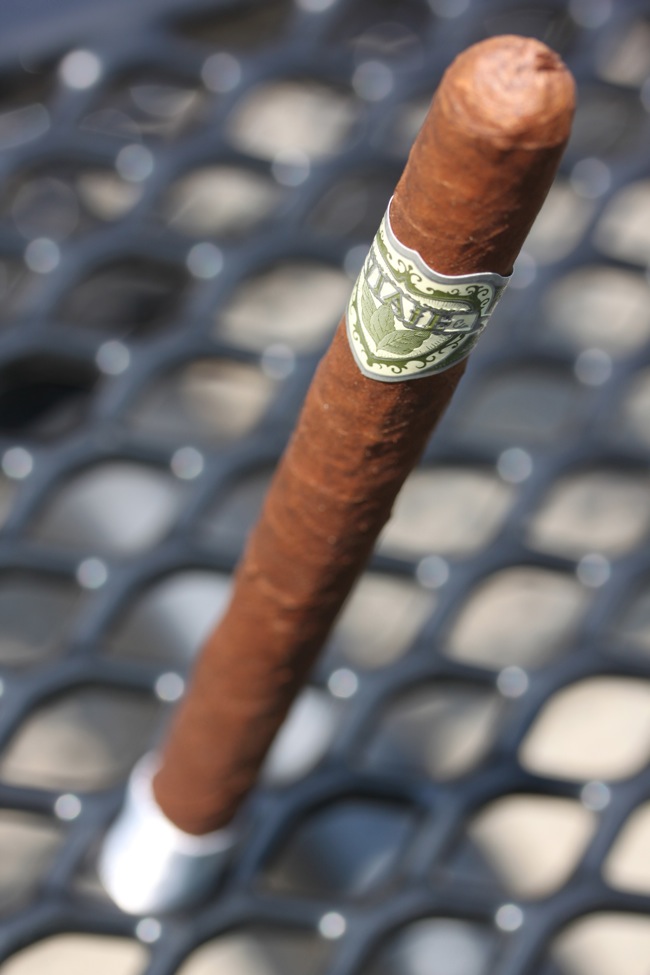 Today’s Smoke
Interviews with Andre Farkas seem to be scarce, but in one done fairly early in Viaje’s history (the cigars were still rolled at Tabacos Puros de Nicaragua, i.e. Joya de Nicaragua), Farkas had this to say about the thinner ring gauges:

I love the elegance of a Lonsdale. Thinner, longer cigars such as the Lonsdale and Lancero have been getting more attention recently. I have plans to add it to my current line. It has a wonderful feel and has tons of flavor packed into a small ring gauge.

Later that year, Farkas added a traditional El Laguito No. 1 in one of his two core blends, Platino. Viaje’s other core blend, Oro, should be receiving a Lancero later in the year known as Oro Trifecta.

The Nicaraguan Corojo wrapper has a nice dull dark earth color with medium veins. Immediately I reminded of the original Holiday Blend release as a strong unique sweet cocoa that seems to be the signature of much of the Corojo 99 Viaje uses fills the air surrounded by fruits, spice and an odd vegetable oil note. (Happened twice, wasn’t eating french fries either time… I promise.) Packing is typical Raíces Cubanas construction, but it’s soft to the touch. The foot of the Platino is similar, a bit toned down from the cocoa, but it’s still from front in front of earth and cedar full. 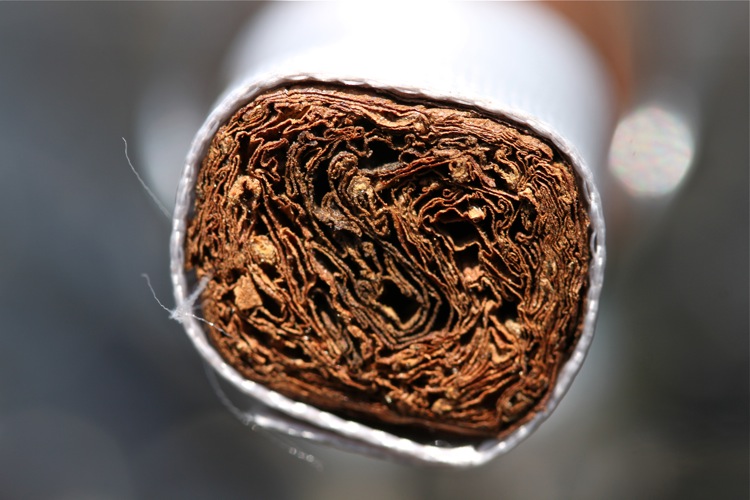 Lighting
After the cap goes, it’s a slightly sweeter version of that cocoa with earth spice and at times a bit soapy of a finish, full plus. Cold draw is nuts, berries and a dwindling cocoa; shockingly medium-full. Lighting the Platino Lancero brings a layered toastiness to the humid Carolina air, far from simplistic. Flavor starts with a dry spice that transitions into that familiar Viaje cocoa mixed with cedar; full. Finish brings most the beginning flavors with cedar up front and spice towards the back of the throat; full and long. 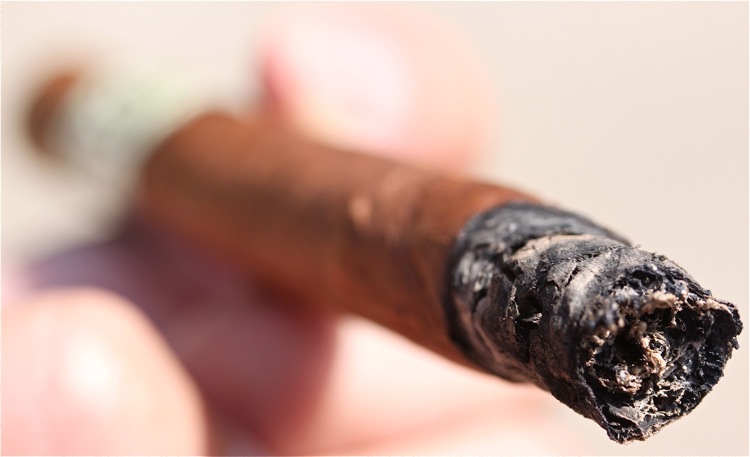 First Third
It beings full with that familiar sweet Viaje cocoa over aged tobacco, pepper and some hints of earth. On the finish the Viaje shows that cocoa with added spices and toastiness towards the end of the lengthy and full. Like most things out of Raíces Cubanas, construction is not an issue as the Platino exhibits a solid burn, good draw and good smoke production providing a lot of toastiness to the air. The Viaje’s dark ash seems to hold for about an inch before finding it’s way into the ashtray, no complaints here. 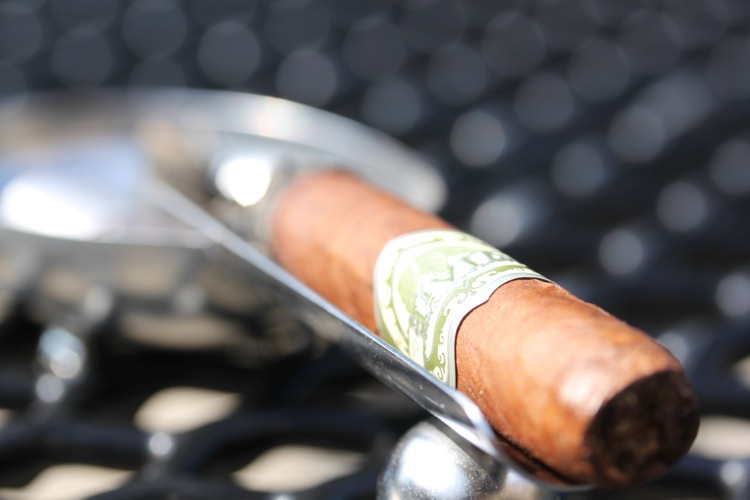 Second Third
While the chocolate note is still there, it becomes apparent things are changing. Earthier flavors and cedar begin to bitter the overall profile of the Platino Lancero before an aged tobacco note comes through. Finish is where the chocolate begins to lose its influence first, a lot more spice and tobacco with earth notes molding them together; clean, full and lengthy. Strength is where it is for a lot of Viajes, full, although a bit lighter than the first third. Smoke production picks up a bit, particularly in terms of that which is not escaping outside. 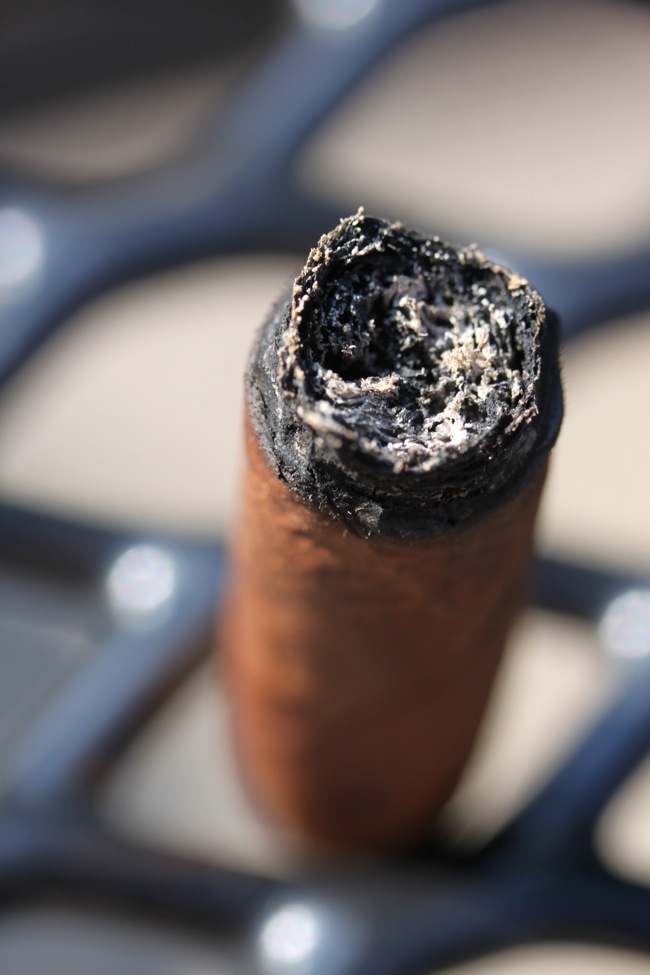 Final Third
By this point the chocolate is completely gone, in its place a nice earthy note with cedar, tobacco, nuts and even some oak breaking through. It has a dark tone to it which goes away as the finish progresses into a cedar, tobacco and herb finish, almost grassy at times. There’s a noticeable increase in body, which seems to be building from the first third, where it starts as full. Harshness is a bit more apparent here, nevertheless it’s smokeable beyond the final inch, which is about where I put my down.

For the Novice
I oftentimes believe that Viaje’s definition of “full” in strength is quite different from what most consider “full.” Andre Farkas seems to like things a bit fuller than most, which is evidenced through his blends. However, after a few Viaje Platino Lanceros, I’m beginning to think there’s a bit of a mind game going on. I think that the cigar starts full in both nicotine and body; however, as the cigar progresses it actually decreases in strength and increases in body. As such, while it seems like the cigar is getting stronger, from a nicotine standpoint, at least for me, it lightens as the cigar progresses. Whatever the case, this is not for the novice smoker. 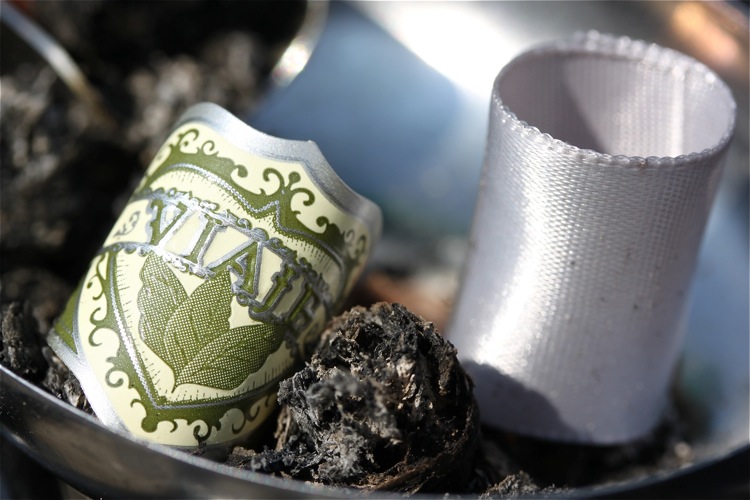 In the End
The Platino blend is one of the more favorable blends Viaje has for me and the Lancero is a large reason why. It’s full in every sense of the word, at times pushing even that categorization, all while being incredibly while constructed and consistent. The latter might be the most remarkable feat, as all four of the Platino Lanceros I’ve smoked have been essentially identical. For those wanting a full Nicaraguan Lancero, this is one of the best examples, particularly given the relatively limited options.