In January of 2008, after brief experiences in both cigar retail and as a talent agent in Los Angeles, Andre Farkas officially started the Viaje Cigar Co., a cigar company that was built around the idea of releasing specific blends exclusively in small batches.

Viaje is a boutique cigar company specializing in the small batch approach to cigar making. Viaje represents the idea that quality is better than quantity. That small is better than big. That few are better than many.

Why small batch? Well, there are many reasons. Quality, consistency and most importantly, this is where I get my inspiration. If you enjoy mass-produced cigars, you are in the wrong place. We use tobacco sparingly to execute our vision of what a cigar should look and taste like. Viaje represents the boutique in every sense of the word. This is what I enjoy, this is what I provide, and this is my promise.

The first Viaje cigars were actually blended and rolled at Fabrica de Tabacos Joya de Nicaragua S.A. in Estelí, Nicaragua from 2007 to 2008. Soon after some of the first cigars were made, Drew Estate took over distribution of the Joya de Nicaragua in the U.S. and Farkas moved his company from there to Raíces Cubanas in Honduras on Jan. 1, 2009. Since then Raíces had produced the vast majority of cigars, although Farkas had cigars made at two additional factories in 2014.

Farkas had this to say about the transition in an interview on the Dec. 7, 2013 episode of Kiss My Ash Radio:

There were five different vitolas of the Viaje Oro blend produced at Fabrica de Tabacos Joya de Nicaragua S.A. They were:

This sample came from one of those original batches produced at Fabrica de Tabacos Joya de Nicaragua S.A. . Covered in a dark mocha brown wrapper that is fairly toothy to the touch, the Viaje Fuerza lacks any noticeable oil at all. There is a very slight box-press to it, likely due to a few years of being in a box. It is appropriately spongy when squeezed and the aroma coming off of the wrapper is a surprisingly strong combination of leather, cinnamon, espresso and black pepper.

The Viaje Fuerza starts off with a very noticeable tingle on the tongue from the spice, along with flavors of creamy leather, cedar, dank earth, and dark, slightly bitter chocolate. There is a surprising amount of black pepper on the retrohale right off the bat, and the smoke production is enormous from the first puff. The draw is a bit open, but still well within normal range, and the burn is almost razor sharp through the first third. Strength is non-existent at this point, but I can sense it wanting to get stronger as the cigar progresses. Coming into the second third of the original Fuerza, the profile turns equal parts creamy and a bit sour, although not necessarily in a bad way, along with a note of cinnamon that has some heat behind it. There is less black pepper on the retrohale and the spice  that was noticeable from the first third is somewhat diminished. Construction-wise, the both the burn and draw continue to excel, although the smoke production has dropped off just a little. Other flavors of hay, nuts, dark chocolate, leather and earth flit in and out, while I do notice a nice indeterminate sweetness every once in a while. The sweetness becomes quite a bit more distinct in the final third of the Viaje, reminding me strongly of sweet cherries, while the base flavors remain pretty much the same: leather, dark chocolate, earth, cedar and earth. Both the burn and draw remain excellent until the end of the cigar, and the smoke production picks up again to levels close to what was seen in the first third. The black pepper on the retrohale remains at the same level as the second third, but the spice that was present is long gone. Strength-wise, the Viaje gets very close to the medium mark, but never threatens to go over. I am easily able to nub the cigar down to less than a half inch without any problems or bitterness. 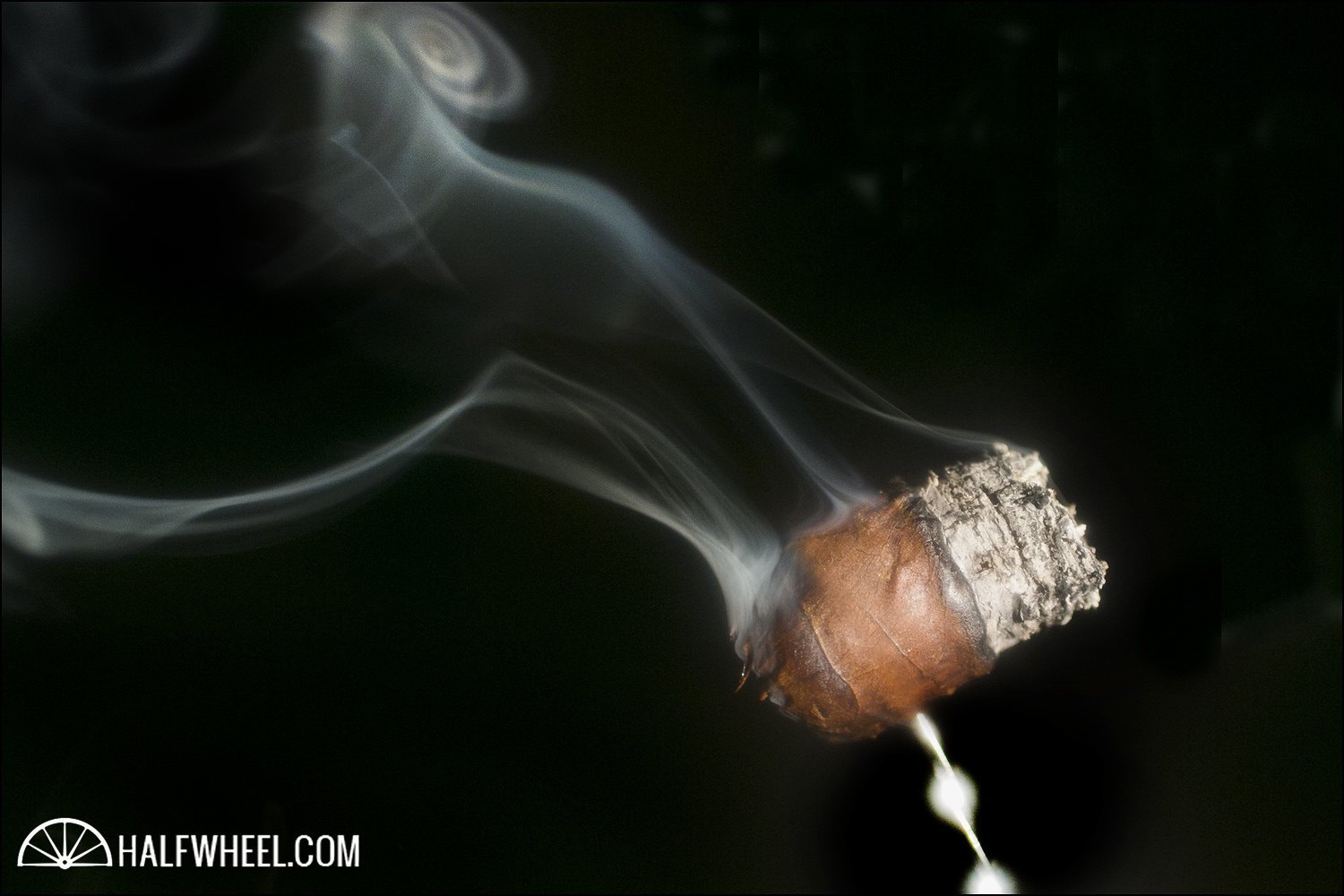 Knowing where this specific cigar was blended and produced, I was interested to see what the profile would be when I smoked it. Would it taste just like a Viaje, albeit with more age? Or would it have some similarities to a Joya de Nicaragua blend, where it was rolled? Interestingly, this tasted just like a well-aged Viaje: albeit with a somewhat mellow and understated profile with more sweetness than I was expecting – especially in the final third – but fairly enjoyable nevertheless. The construction was excellent, with no issues at all in that regard, and the smoke production was above average for most of the cigar. In terms of enjoyment, this is right up there with some of the better blends Viaje has produced, and I only wish I had more of them to continue aging to see how it changes with more time.