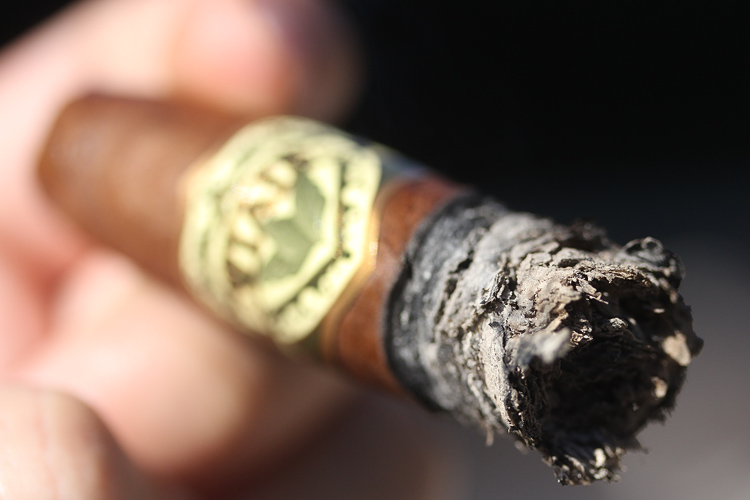 The concept of releasing an even more limited version of a cigar for a company known for its insanely small release numbers was a bit odd to some, but for Andre Farkas, Collector’s Edition makes sense for Viaje. Introduced at IPCPR 2012, Collector’s Edition is a special take on the Oro blend that will be released only once, and that’s important.

Despite being the poster child for limited editions, the reality is almost every Viaje is best described as series, or better yet, annual release, something acknowledged by Farkas. That’s why Collector’s Edition is unique, the blend will only be released once.

Collector’s Edition is a really cool project and it was started by the fans of Viaje. We started getting, about a year or two years ago, we started getting pictures of people showing me their stash of Viaje. They had stuff that I don’t even have anymore, they had stuff from back when we started five years ago. I thought wouldn’t it be cool to come out with a cigar every year that’s just for the collectors. Anyone can smoke it, obviously you don’t have to be a collector.

It’s made just for them, it’s truly a one and done. We’re going to come out with a shape put it in the collector’s edition packaging and then done.

There are 200 boxes of 25 cigars being released, which was the smallest singular release Viaje had at IPCPR, but far from the smallest vitola-wise. The boxes look like this: 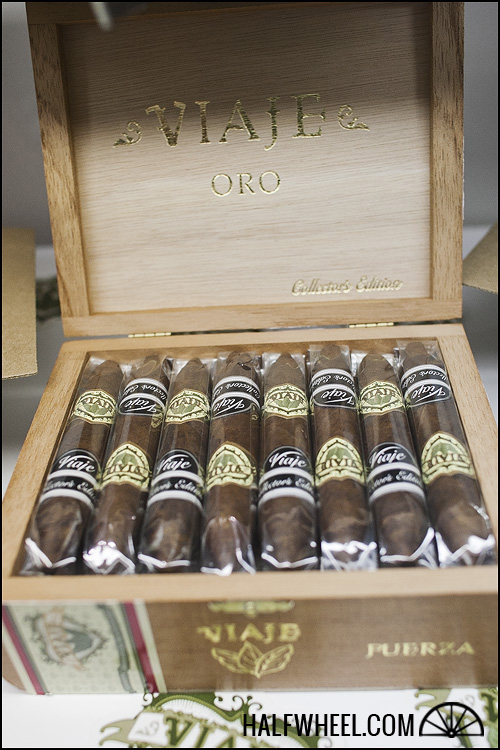 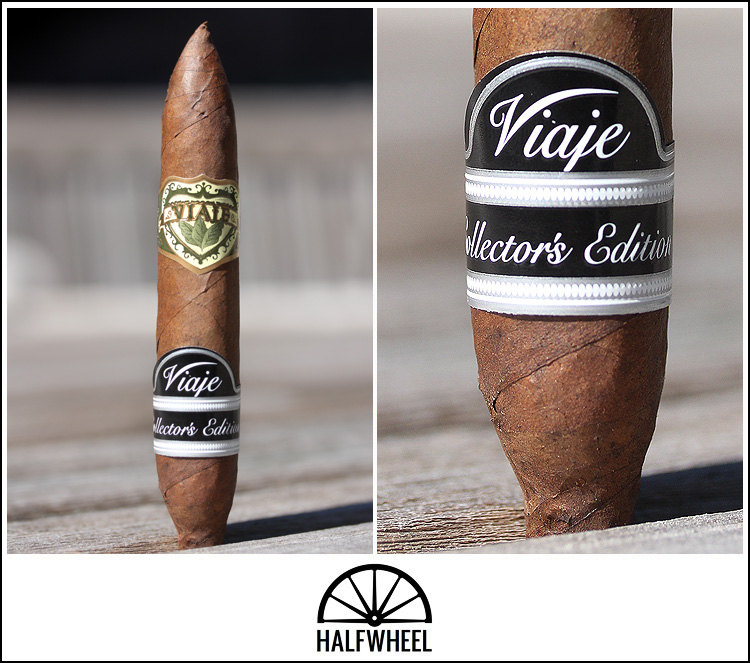 Farkas joked the shape was a “weird Perfecto” and he’s onto something. It’s a 5 x 52 Perfecto with a narrow bulbed foot and a sharply pointed cone on top. While my thoughts on the band are in the final notes, I will say the appreciated cellophane doesn’t make it look any prettier, but it protects the smooth Corojo wrapper. There’s a decent amount of oils and the roll is solid. While I don’t get much aroma from the wrapper of the Collector’s Edition, the cold draw provides a zesty orange peel, leathers and a bit of black pepper. There’s some decent barks and black pepper on the finish of the cold draw, very distinct.

The Viaje Oro Collector’s Edition 2012 starts the first third with an insane dark wood aroma joined by a dark earth, sweet pepper and spicy cocoa. Despite the rather tiny opening on the foot, smoke production is quite decent even with the tight draw for the first few minutes. From the get go it is clear pepper is going to be a theme of the Collector’s Edition and the first third settles to a spicy earth and cedar mixture with heavy pepper at the top of the throat. The retrohale gives some vintage tobacco notes and sweet cocoa. While I appreciated the opening of the draw through the bulb, it eventually becomes a bit too open for my liking. 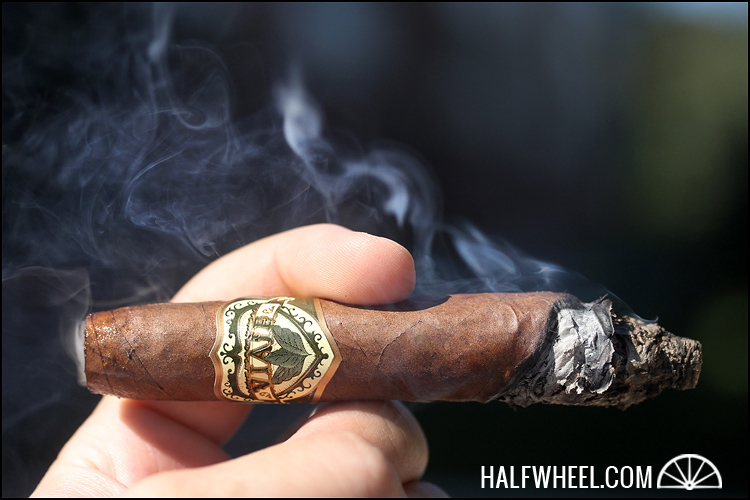 When the second third rolls around the Collector’s Edition is struggling with a clean burn, but eventually things straight themselves out. The profile is earthier and creamier with some grassy notes emerging on the tail end. While it’s not the dominant force it once was, the pepper is still there and providing a nice contrast. Full seems like an appropriate word to describe the strength of the first third, that becomes problematic because by the second third it’s a full plus, although maybe just barely. 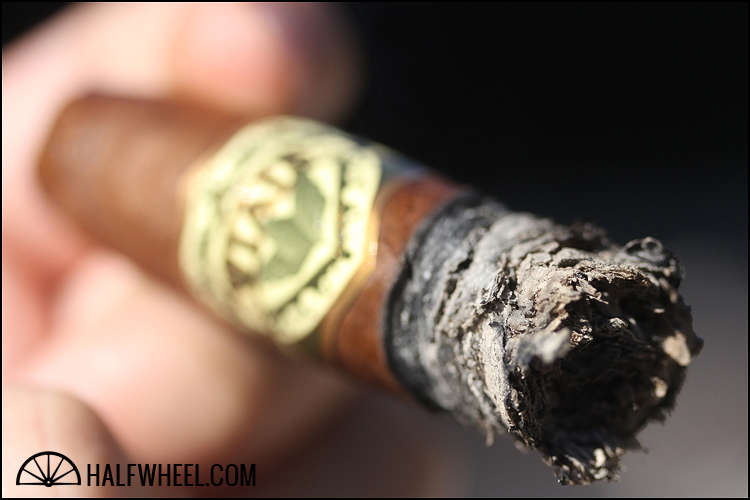 The final third of the Oro Collector’s Edition sees the zesty orange peel return on the retrohale, and in beautiful form. Gone is the grassiness, replaced by a unique cedar and cocoa note to join the earth and pepper. Overall, three very distinct profiles for each third. The strength continues to increase for a few minutes into the final third, but eventually seems to settle back down to full. Construction remains much like the second third, although the smoke production probably peaked in the middle portions. Fortunately, it is good enough in the last portion that I don’t really mind any minor decrease. 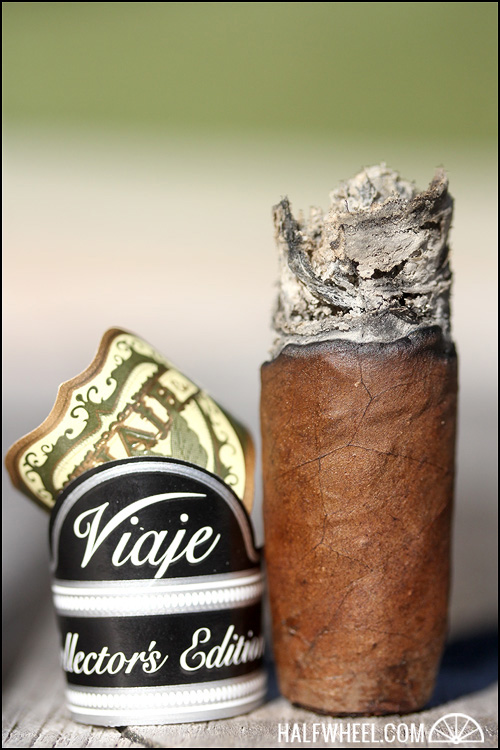 The Bottom Line: This wasn’t my favorite Viaje, but I enjoyed Collector’s Edition. Regardless of why it was made or how it was released, this is a solid cigar. Sure, I would have liked more flavors and a bit better construction throughout, but those are generally applicable to anything we smoke. While I can’t say I’m in love with the Oro Collector’s Edition, I can’t point to any glaring flaw. There are a lot of Viajes that  are love/hate; they do really well at one or more things, but struggle quite a bit in other areas, Collector’s Edition 2012 isn’t one of them. While this may not be one of my top five Viaje releases of the year to date, I’d have no problem smoking a handful more, just not at the same time.