For Viaje fans, May was the planned release of Zombie, but as is the case with Andre Farkas and his stable of lines, there was more than one shipment. The first one came early in the month featuring a new version of the Exclusivo Robusto and 2012’s version of the Late Harvest, a cigar that debuted last year at IPCPR 2011.

In Las Vegas, Farkas explained the concept, which I summarized:

For those unfamiliar, the late harvest technique involves making wine from grapes left on the vine longer than typical wine grapes used to create a slightly sweeter tasting wine. 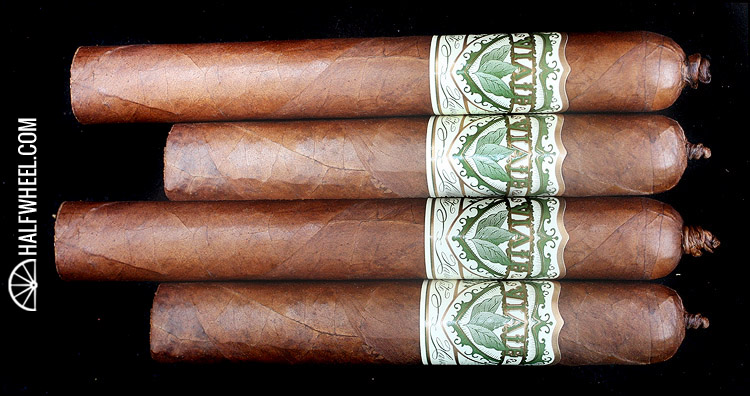 The AGANORSA-sourced wrapper has a great brown leather color with plenty of oils. On this particular version of the LH 550 there’s a bit of a patch or at least a not-so perfect roll that creates an obvious mark, of the five 2012 versions I’ve seen, including the one in the spread shot above, it’s the only imperfection, but it’s quite obvious. Aroma is classic Viaje with a bit of barnyard taking over the sweet cocoa and pepper clash. The foot exhibits a bitter and sour cashew core, sweet vanilla, moist leather and tons of spice. It’s confusingly complex. Compared to the foot, the cold draw is elementary: sour leather, barnyard and great cocoa.

The first third begins with a heavy sweet cocoa, bitter leather and a touch of spice and quickly bitters. Eventually the core of the LH 550 settles to a mixture of earth and leather with notes of bitter cocoa and a lengthy spice note. I cannot stress enough how long the finish is to start the cigar. Unfortunately, despite what has been a pretty lengthy stretch of avoiding the problems with cigars not burning well fresh and a cigar that still has not gone out, this seems like it could have used a few more weeks in the humidor as it’s a struggle for the LH 550 early. 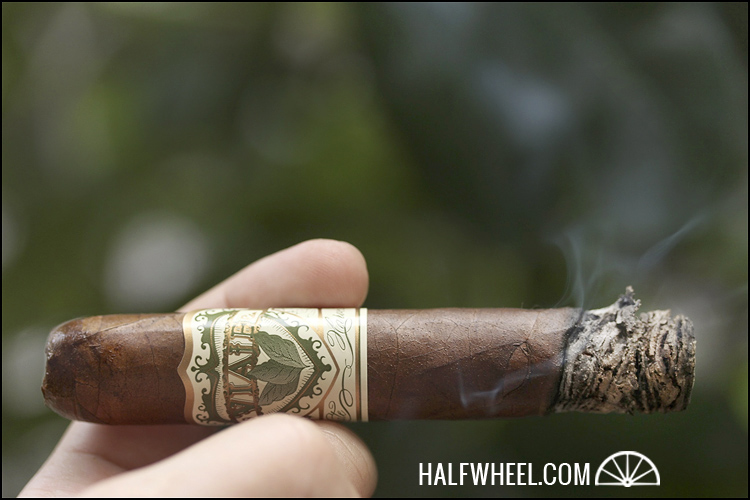 Into the second third and a nuttiness develops, although the core quickly comes back to dominate the profile. The spice and pepper from the Viaje has died down quite a bit while the overall body and strength have picked up a bit. This definitely seems stronger than the 2011 version. As for the construction, the struggles continue. The burn needs to be touched up a bit, the draw is inconsistent and the smoke production struggles, but the Robusto manages to avoid going out in all three examples I smoked in the middle portion. 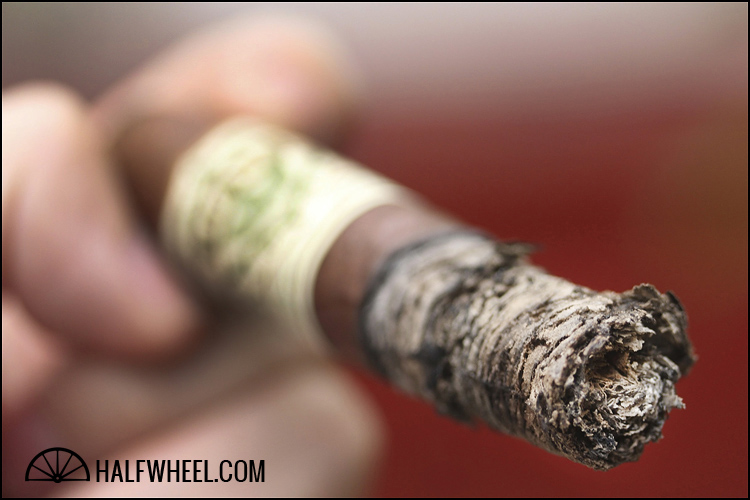 By the time the final third rolls around on this particular Late Harvest, I’m done fussing with it. I let the cigar go out, purge and relight so that I can snap the final photograph. As for the flavor on the other two, it’s much like the first third with an added coffee note and a much more combined flavor. Strength definitely seemed to decrease from the barely full to a lighter medium-full. I liked the Late Harvest last year. It was not my favorite Viaje release of all time, but it was one of my favorites. As of now, the LH 550 is not ready to smoke in my opinion. I'm not sure they need that much time, but dryboxing failed to change anything amongst the small sample I smoked. Raíces Cubanas as a whole has struggled of late particularly with things being shipped before they were ready to be smoked, but the bottom line is, this should be too good of a cigar to waste at a time when it's going to be struggle. Right now? It's a disappointment to say the least. Expect a redux in six months or so.