Word of a new cigar from Viaje started floating around the internet back in mid-May, when Andre Farkas took to Facebook to post a picture of the band for his newest project: the Viaje 5th Anniversary. No details about blend, size or price were attached; just a note that said “IPCPR 2012.”

Amazingly though, little else was said about the cigar until it finally debuted in August at Viaje’s booth during the trade show in Orlando. Farkas seemed to be incredibly proud of both the cigar and the packaging, but didn’t share that excitement via Facebook. A scroll through the company’s Facebook page reveals no other posts about the 5th Anniversary, instead choosing to focus on the highly anticipated Honey & Hand Grenades.

On Farkas’ personal Facebook page, there is only one post from him about this cigar, a photo that was posted on August 7, just after IPCPR wrapped up, that says:

A quick thanks to all who visited with us in Orlando. Thank you for making this years IPCPR the most successful yet. As I smoke this 5th anniversary it is hard to believe 5 years have already come and gone. I feel as if we are just getting started. Thank you all for being part of the Viaje family. I look forward to the next 5 years with all of you.

Why the lack of attention for this new project? No reason, Farkas told me. 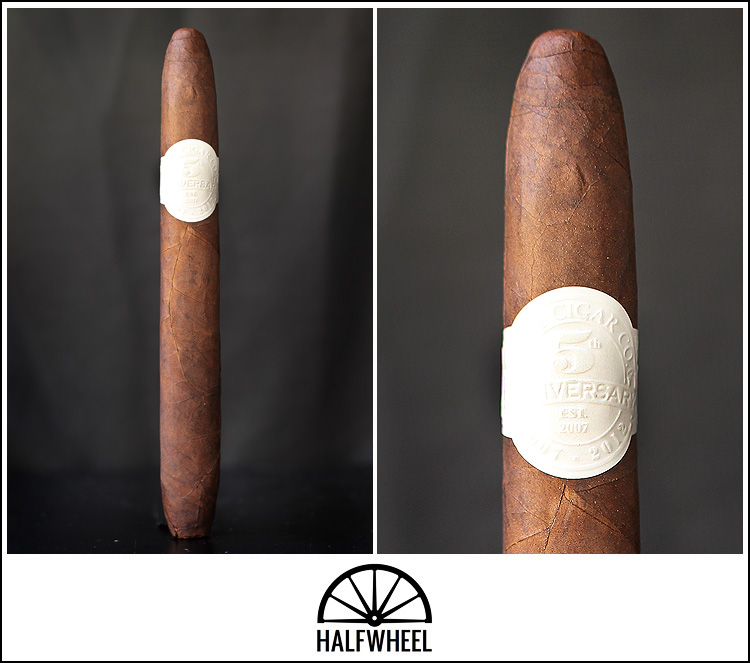 The pre-light aroma of the Viaje 5th Anniversary is rich and saucy, making me think of some blend of Worcestershire sauce, Hoisin sauce and even a bit of liquid smoke. It’s far from peppery, while the cold draw is easy and has a bit less concentrated, but more spicy set of flavors as what was picked up in the nose. The box-pressed Figurado offers a bit of give when squeezed, and the wrapper has a decent amount of veins, all fairly small that give the leaf some texture and character. With the open foot, there’s no pinhole needed in either the cap or the foot as there is with the new Honey & Hand Grenades line and the 2012 Zombie and C-4.

After a full-flavored and fairly peppery introduction, the Viaje 5th Anniversary settles down quickly in the first third, keeping that underlying saucy note with just a bit of pepper. Out of the gate it appears to be much more refined and balanced than many of the company’s other releases, and given its simple name, there’s really no expectation of anything in particular, which allows the flavor to unfold and develop on its own with no pressure to deliver in a certain direction. 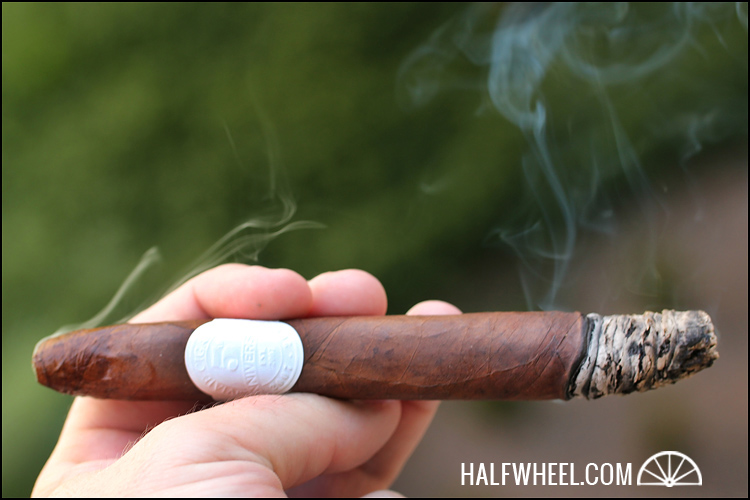 A bit of pepper brings on the second third as the ash starts to flower despite holding on strong throughout the first third. Something that has become readily apparent is the need to find the best spot to hold the cigar in your mouth – simply drawing on it doesn’t seem to provide the best air flow; rather giving it a bit of a bite near the head opens up the air channels and really helps get the smoke moving. Just past the midway point, there is a decided flavor shift that adds a good amount of harshness from a flavor that is really hard to describe. It proves to be a transitional hiccup as a drier, wood-driven note carries the cigar into its final third. 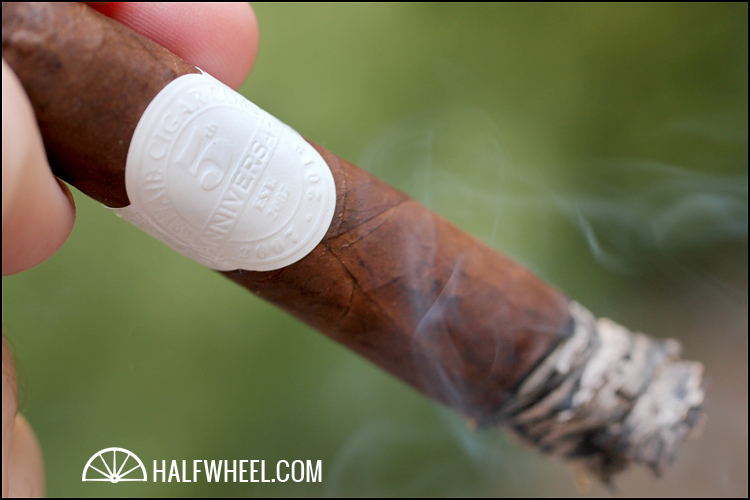 What had largely been a sauce-driven flavor quickly became dry and woody as the band is taken off and the final third gets going. The burn rate slows down a bit in the final inches and adds a much more prevalent pepper component, particularly in the nose. Up to this point, the Viaje 5th Anniversary had been largely without the traditional Viaje pepper bombs, though it seems Farkas couldn’t leave it out entirely. Surprising notes of mint and herbs start to dance their way into the equation in the final inches, adding not just a unique taste but an aromatic quality to the smoke. 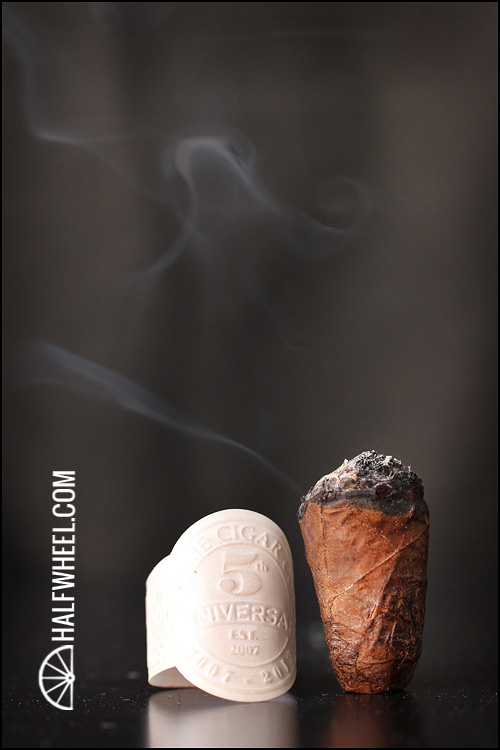 One of the things I often struggle with is band bias – the expectations that a cigar carries with it based on its brand, packaging, name and marketing. The Viaje 5th Anniversary had a bit of that based on the company's track record, but there was also a tremendous amount for the cigar to prove on its own, thanks to its somewhat nondescript name. While there's still a lot of the traditional Nicaraguan strength and characteristics, it also ventures off the beaten path a bit, seemingly seeking more balance and finesse than outright strength. There are points that the 5th Anniversary achieves that, as well as a few points where the pepper takes over and returns to the familiar Viaje profile. It's not as nuanced as the Platino Corona Gorda, but for me it doesn't disappoint and shows a different and very enjoyable side of what the company is capable of producing.