While it may not be the most well-known name in the cigar world, Total Flame Cigar has certainly made it a point to get its name out there in the past few months, unveiling four new lines at the 2014 IPCPR Convention & Trade Show in July, including this single-vitola release that uses a type of tobacco that has also seen its visibility rise.

First, a bit about the company: Total Flame was launched in 2010 by Maxim Privezentsev and Vladimir Roshchin after meeting at a cigar event in Moscow and finding out that they shared two passions: cigars and motorcycles. Those common interests led to a pair of common dreams: create a premium cigar and ride their motorcycles across all seven continents.

The pair have steadily built up the Total Flame name, traveling the world and becoming a regular fixture at the IPCPR Convention & Trade Show in recent years. Prior to this year, Total Flame had released four lines: Bright Line, Dark Line, Nicaragua and FTW; this year they were poised to double their portfolio with four new introductions, though two of those cigars didn’t make it to the trade show.

One of the ones that did is the Wild One, a single vitola 5 x 50 robusto that is being added to the company’s lineup as a regular production cigar that is built upon andullo tobacco in the filler; more on that later. The cigar also uses Nicaraguan filler with a Dominican binder and Ecuadorian Sumatra wrapper, with the cigar assembled at La Aurora’s E. León Jimenes Tabacalera in the Dominican Republic.

Which brings us to the featured tobacco used in the cigar. A portion of the Dominican filler in the Wild One is andullo, best known for how it is processed once it has been harvested. As opposed to standard tobacco fermentation, which is done via large piles called pilones, andullo is harvested and then formed into long cylindrical shapes called yaguas. They are covered with palm seed pods and bound tightly with rope to create heat and pressure, with the yaguas stacked on top of one another and rotated during the process. The finished product is a form that is heavy and dense, looking almost like thick tree branch. Most of the andullo yaguas I have come across measure nearly six feet in length and five or so inches in diameter.

Generally found in the southern part of the Dominican Republic, andullo has roots throughout the Caribbean, and it’s important to note that the term refers to the process and not the specific type of tobacco. 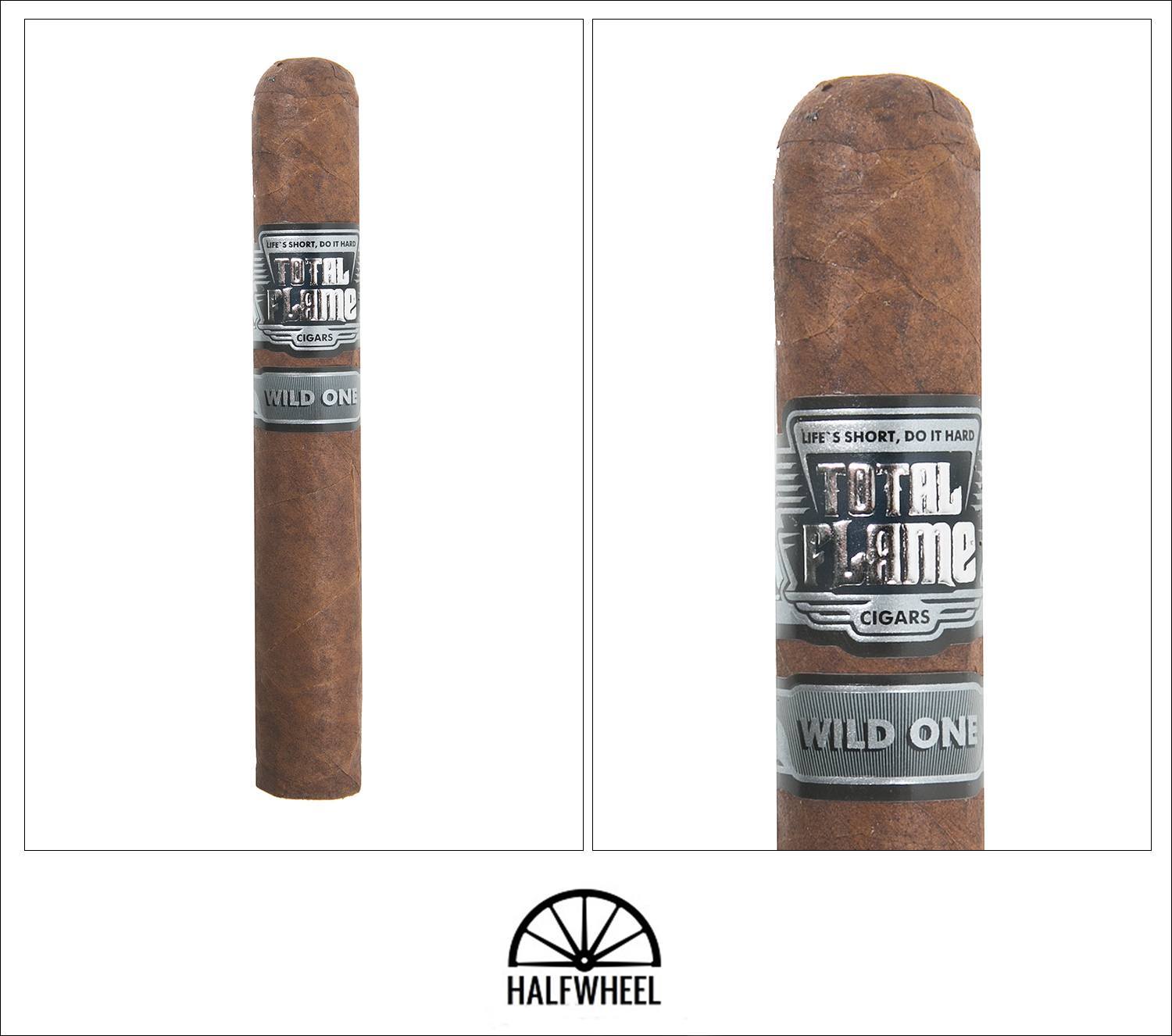 The wrapper is a toothy leaf that falls slightly darker than medium brown that skews toward a soil or coffee bean color and has a few prominent veins, including one that was cut and leaves a ridge on the seam line, breaking up the otherwise clean roll. The cap is almost too big for the cigar, draping over the shoulder at points, with what seems to be an uneven cut that leaves more tobacco on one side than on the other. There are also a few small goma traces on the backside of one cigar, while some peaks out from the secondary band on another sample. It’s a soft cigar at points, showing enough give to suggest that it could have used a touch more tobacco The pre-light aroma is bright and sweet, with near effervescent levels of white grape and cider, a mix of chilled Rieslings and premium ciders marked by their natural sugar content. After a few more sniffs a wheat note comes out that provides a dry and tingling counterbalance to the lead aromas. The cold draw is easy and smooth, just a touch loose but not concerning, offering a bit of fresh baked soft pretzel but little in the way of pepper or spice.

There’s no issue getting the Wild One lit quickly as the foot changes from brown to a clean white shortly after the torch hits it, and with it comes a pepper-laden smoke that lights up the nose but stops just short of overpowering it. It’s a warm and rich pepper, coming across strong but not biting, so much so that a couple of retrohales are fairly easy yet not boring. The first puffs bring mouthfuls of smoke to the palate that offer touches of white pepper that echo the tingling sensation in the nose, along with some notes of sweet, creamer-laden coffee. The early smoke production is impressive and far from lacking, with the well-layered ash, which has turned a charcoal sketch pencil shade, holding on for only about half an inch before suddenly detaching. Once that clump of ash is gone, the pepper shows its teeth, becoming more pointed in the nose and on the palate. Despite the sharpness of the pepper, the smoke itself is smooth and creamy on the tongue, at times lacking in flavor, rather becoming occupied with being a canvas for the uniqueness of the andullo tobacco. The burn and technical performance has been nearly flawless, save for the ash which wants to let go sooner than I would prefer, and usually does so without warning. It’s an inauspicious transition into the second third, with no major changes in flavor or strength leading up to the midpoint, rather the andullo tobacco seems to be doing its thing as best it can, with a good amount of pepper for the nose and a slightly sweet and creamy smoke on the palate. Retrohales ratchet up in strength with a chalky and ever-so-slightly metallic tinge ahead of the midpoint, offering a new and more challenging combination. Past the halfway mark, the Wild One begins to open up on the palate, showing flavors of wood that get amplified by the pepper and leave a lasting and pleasing tingle. The cigar continues to perform flawlessly with seemingly perfect construction as evidenced by a sharp and even burn line and plenty of smoke that just hangs in the air if there’s no breeze to move it along. 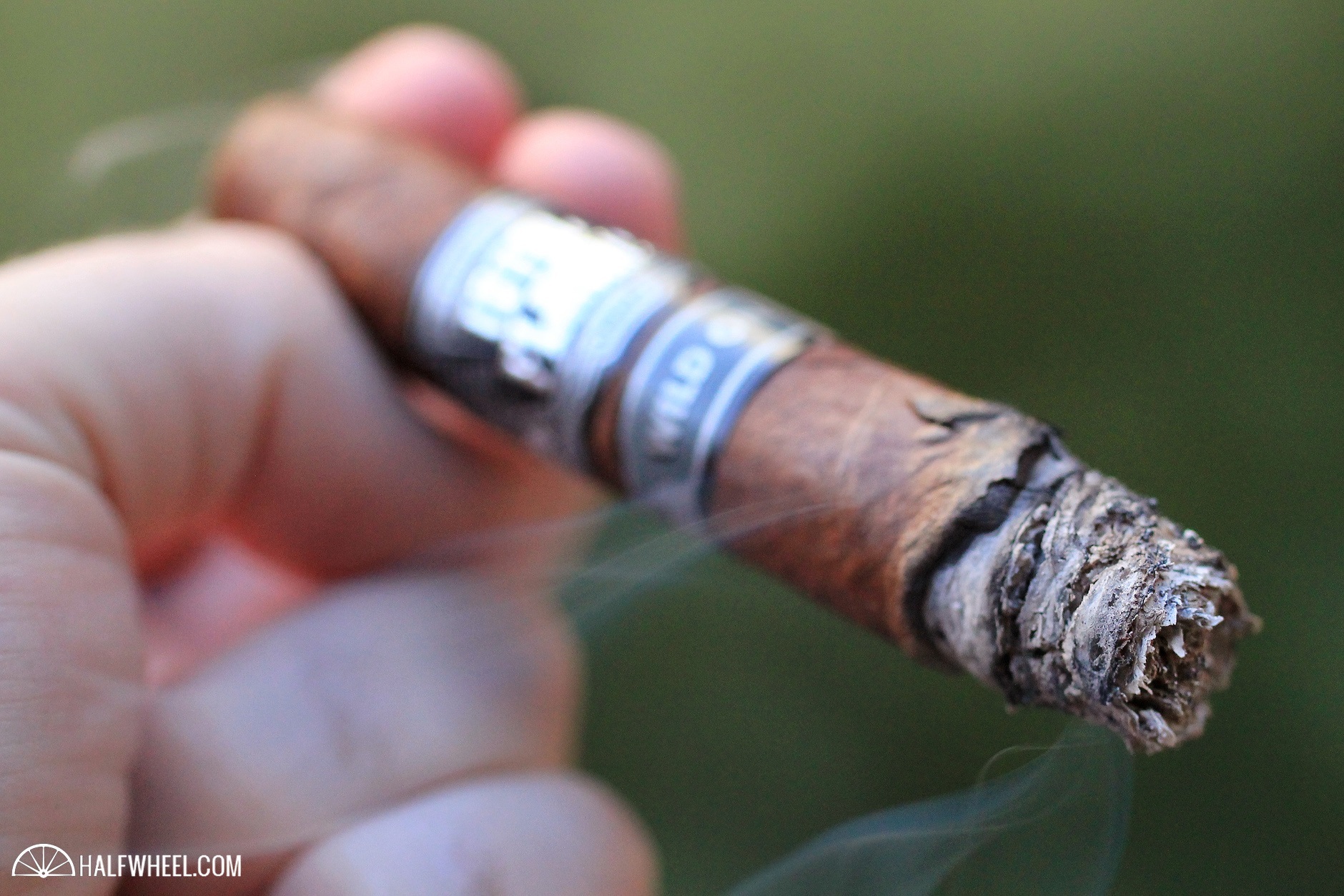 While there isn’t a ton of change in the Total Flame Wild One as it crosses into the final third, what does change is how much of a sensory experience it becomes as the burn line gets closer to the head of the cigar. The smoke has a fairly intense dry pepper note that really hits the nostrils and almost covers your face with a tingling sensation. The Wild One never quite crosses into the realm of full-bodied during its final inches, but rather wraps things up with a good amount of sensory stimulation that leaves me well-satisfied and without feeling like I took a huge punch in the chest. There's a bit of a challenge in putting the hype of a cigar that puts andullo tobacco on its marquee because it's still just a component of it, and as such you're smoking a blend and not an andullo puro. From what I have tried of straight andullo, the Total Flame Wild One does an admirable job in capturing its essence while creating a blend that allows it to shine as best it can. That said, I can't promise you that once you smoke this cigar, you'll fully understand just what andullo is; however, I can say that you should find yourself with a very enjoyable cigar that offers a distinct blend of sweetness and strength without overbearing intensity for the bulk of the experience. Assuming these get a reasonable price, hopefully between $6 and $9, I'd have no hesitance in picking up a few more for my humidor and easily recommending them.