Total Flame might not have been on your radar until recently, and if I’m honest they weren’t really on mine until we visited the company’s booth at the 2014 IPCPR Convention & Trade Show in July.

The Russian-based company’s booth was smaller, but the space was filled with more people than displays – a good thing for them – even though they were releasing four new lines in addition to the four that they already have. One of those new releases was the Wild One, which Patrick Lagreid reviewed earlier this month.

He had a little more information about the background of the company:

Total Flame was launched in 2010 by Maxim Privezentsev and Vladimir Roshchin after meeting at a cigar event in Moscow and finding out that they shared two passions: cigars and motorcycles. Those common interests led to a pair of common dreams: create a premium cigar and ride their motorcycles across all seven continents.
The pair have steadily built up the Total Flame name, traveling the world and becoming a regular fixture at the IPCPR Convention & Trade Show in recent years. Prior to this year, Total Flame had released four lines: Bright Line, Dark Line, Nicaragua and FTW; this year they were poised to double their portfolio with four new introductions, though two of those cigars didn’t make it to the trade show. Wild One line was one of those new releases that they had at the show, while the another was Premium.

If this looks like a La Aurora Preferido, it’s because it is in spirit. It’s actually made at La Aurora’s E. León Jimenes Tabacalera factory under license, sold in tubos that look quite similar to the Dominican company’s flagship line. It uses the smaller 5 x 54 size with an Ecuadorian Sumatra wrapper, Dominican binder and fillers from the Dominican Republic and Nicaragua.

The cigar is set to ship next month, as of this time, the company has not announced pricing, but the Premium will come in boxes of eight. Picking up the familiar shape, the Premium’s medium brown wrapper has a slightly rough appearance with some tangible veins though the feel is pretty soft and oily. A slight squeeze shows that it’s mostly firm, with a slight bit of give. Though the aroma off the wrapper is only a light barnyard note, the cold draw is a burst of flavor, with cocoa, hay and a touch of pepper that quickly morphs into a very spicy and peppery kick on my lips and tongue.

Starting into the first third it surprises me that there isn’t nearly the same amount of kick that the cold draw had. There’s a very light touch of spiciness on the lips, but the profile starts out mostly sweet with some coffee, cocoa and a touch of caramel. The draw is ideal, and not just for a perfecto, though the smoke production is a little feeble. While the burn was okay when I first lit the Total Flame, but it has quickly become fairly uneven, prompting a touch-up. The sweetness and caramel die down a little about an inch in, though the coffee and cocoa are still there, now accompanied by a stronger spicy pepper note that I can feel on my tongue. The burn continues to be slightly troublesome, though not to the point of affecting the flavor – more of just a minor annoyance. The second third starts out with a slightly more rich profile, with the previous cocoa and coffee fading to be replaced with roasted peppers and smoky, woodsy campfire notes. The burn continues to need a touch up every half an inch, though the draw continues to be ideal. Smoke production has increased slightly, though it isn’t as much as I’d prefer. As the Premium continues, the profile gets smokier with more rich wood notes and milder pepper note than from before as it’s not hitting my tongue with as much spiciness. The final third continues with the rich wood and mild peppers, while the unfortunate burn issues continue as well. The smoke production has increased to a pleasing level now and rich flavor smoke pours off the foot in between draws. There is a slight sour note that pops up all of a sudden, and while it isn’t that unpleasant, it doesn’t quite match up with the rest of the profile. The Premium’s burn is still quite wonky, but the cigar finishes nicely otherwise without getting harsh. 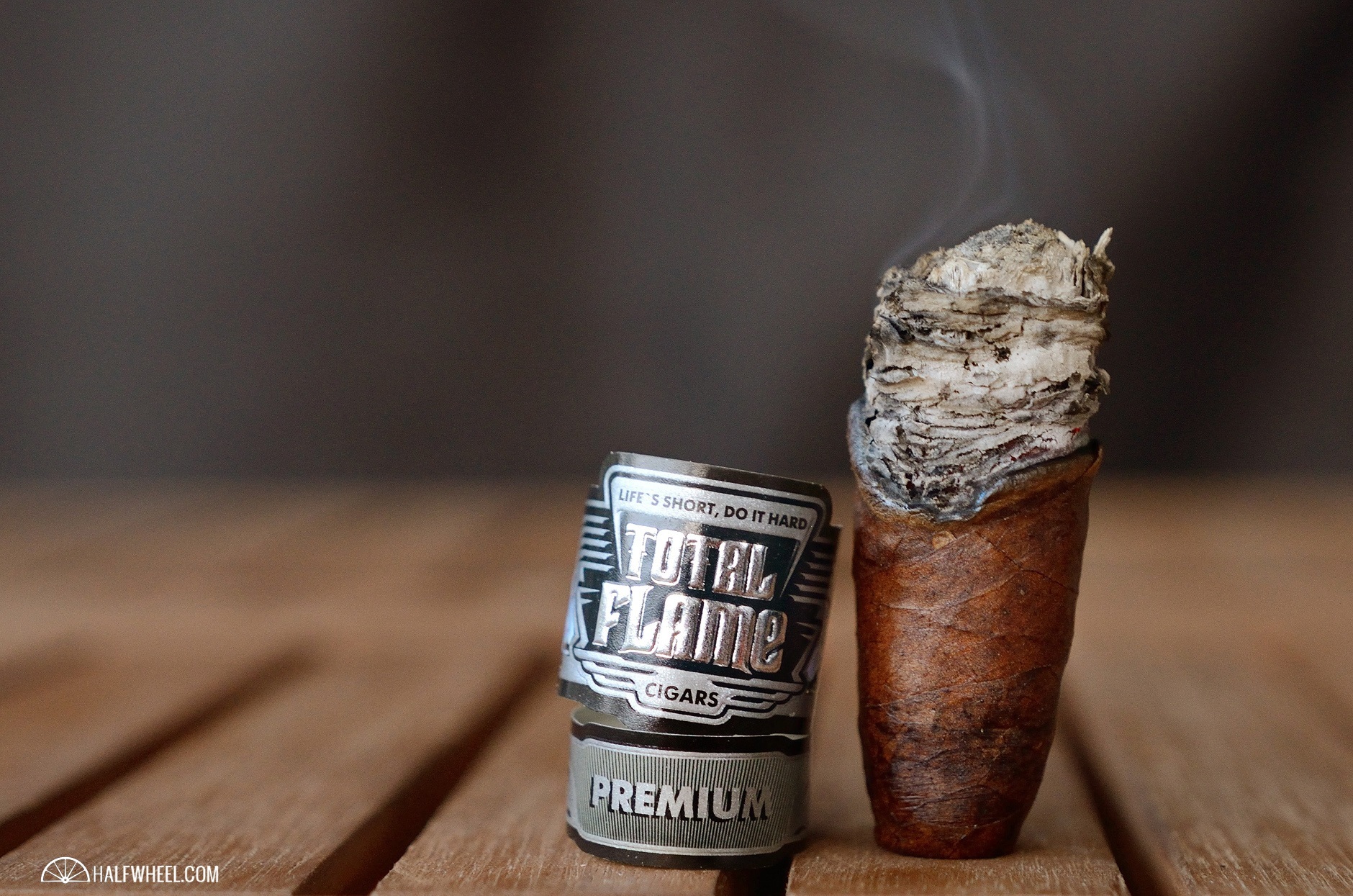 First and foremost, let’s get the unpleasantries out of the way - the burn was annoying and I really wish I didn’t have to reach for my lighter every few minutes. Now that’s done, let’s move on to the good stuff - which is everything else. The cigar is very enjoyable, and even if I didn’t know that, it’s got a look that would catch my eye on the shelf of a humidor. The profile was a great mixture of flavors that meshed together well and developed organically even though the beginning profile was completely different from the ending one. As I stated above, I’m afraid that the Premium’s Preferido shape will come with a Preferido price. Even if it does though, that will just determine how many I’ll buy, because either way I’ll definitely be looking to get more of these when they’re available.