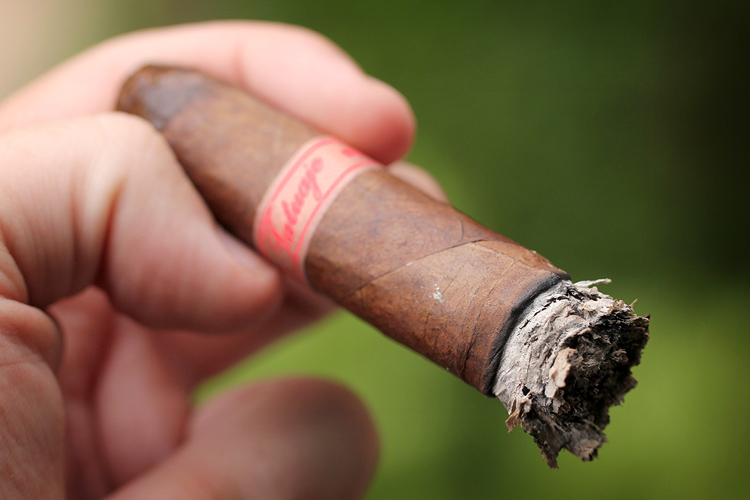 The fourth and most recent installment in Tatuaje’s Monster Series was The Wolfman, a sizable, shaggy foot cigar released in October 2011 and named for a movie monster that first appeared on the big screen in December 1941. In less than a year’s time after the release of The Wolfman, Johnson has released a sampler box containing smaller versions of the Monster Series cigars, the Little Monsters.

Here is halfwheel’s full documentation about the Little Monsters release from Charlie Minato’s review of the Mini Mum.

This smaller version shrinks down two inches and thins down from a 52 to a 48 ring gauge. The box-pressed Torpedo shape remains, though in its smaller, Robusto-like format the cap is a bit less Torpedo-like than its predecessor. What also shrinks with the Wolfie is the number of cigars produced: while The Wolfman had a release of 21,658 cigars, the Wolfie is limited to 20,000 sticks – two each in 10,000 Lil’ Monsters samplers. Because of a change in release nature, i.e. the adding of regular boxes to the dress boxes, the first two Monster Series releases (The Frank & The Drac) were the only release to get more Little Monsters than original Monsters. It’s unclear what Johnson’s plans will be for The Mummy.

In his prerelease review of the original The Wolfman, Brooks Whittington quotes Sean “Casper Johnson,” who says, “the blend is based off the Cojonu series but with a twist and of course a different wrapper.” 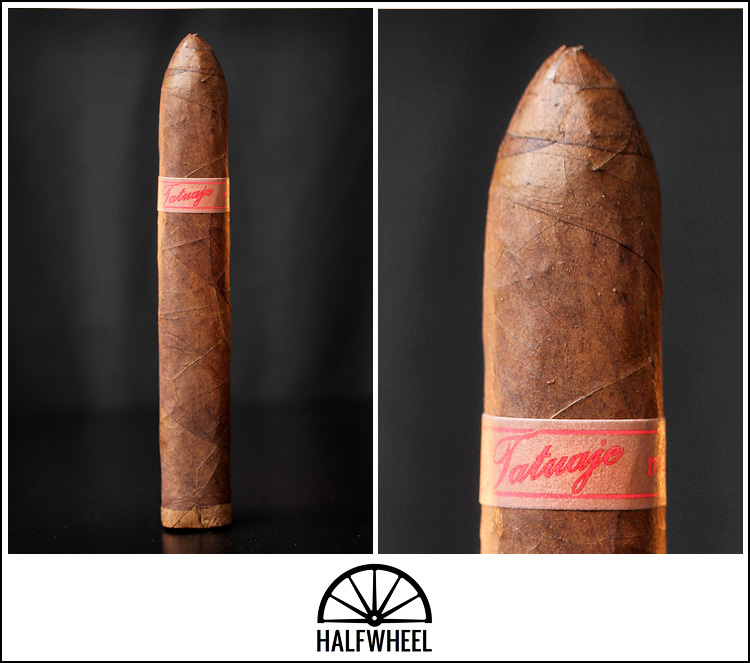 *Each sampler contains two Wolfies; in total there are 100,000 Little Monsters

Just as on The Wolfman, the Tatuaje Wolfie features an unfinished foot, showing just about a quarter of an inch of the lighter colored Nicaraguan binder. The pre-light aroma off this uncovered foot has notes of sweet wood and a bit of spice, a marked difference from what is picked up off the wrapper further up the cigar. The veiny brown Ecuadorian Sumatra leaf is much more muted with a bit of coffee bean and leather. Even with some variations in its color, it’s an attractive leaf that is smooth to the touch and has a good amount of oil on it. With just a small part of the Torpedo cap clipped, the cold draw is easy, with a concentrated wood and citrus note coming through.

The initial puffs of the first third have a bit of spice, some cereal grain and a bit of wood. Once the burn line hits the wrapper, the flavors seem to mellow out a bit, as the wrapper doesn’t really add much, at least not early on. Given the difference between the pre-light aromas of the uncovered foot and the wrapper on its own, this doesn’t come as much of a surprise. Notes of nutmeg start to enter the equation once the wrapper gets burning, though the overall flavor is mellow, not big and bold. The smell of the smoke coming off the Wolfie as it rests is very enjoyable: a complex combination of burning wood, leather and some cinnamon hit the nose, with only a trace amount of pepper or spice. The first clump of ash breaks off when it reaches about 3/4 of an inch in length and provides for a transition to the second third. It isn’t until the final puffs of this section that the Tatuaje Wolfie changes gears a bit, bringing in a more peppery, charred steak note that adds body and texture to both smoke and flavor. The draw and burn line remain absolutely perfect, neither needing a touch up. When the band comes off in the final third, a bit of new spice starts to enter the equation, a bit dry but fairly enjoyable. That lasts until the last inch two inches of the cigar, when a stronger, sharper note of condensed, concentrated orange starts to emerge with a bit of heat and pepper that gives the Tatuaje Wolfie a completely different flavor profile than it has had up to this point. As with the other Little Monsters, slowing down your draw speed a bit helps keep the cigar cool and lets the flavors shine through much better. A distinct note of chalk comes out in the final few puffs, adding a bit of previously untasted terroir to the mix. Having smoked The Wolfman after smoking the two Wolfies for this review, it's not even close in my mind that the Wolfie is the better cigar. Whether that's attributable to different crops or the smaller ring gauge is up for debate, but I'd reach for a Wolfie well before The Wolfman. Factor in a bit shorter smoke and it becomes a no-brainer. The Wolfman, at least in its current state, lacked the flavor transitions of the Wolfie that make the newer release such a winner. Having read the reviews of the other Little Monsters, the Wolfie easily upholds the trend of very tasty cigars.