News of the latest project from Tatuaje hit the internet on May 28 with confirmation that at least one retailer would be getting this new Tatuaje with a Mexican San Andrés wrapper.

As the cigars started landing at various retailers, various reports about sizes and quantities made surfaced as well. The original report mentioned it was a 5 x 50 Robusto, with 300 bundles of 15 made. However that was quickly contradicted when a retailer listed it as a box-pressed 5 x 52 Robusto with a production of 400 bundles of 15.

Fortunately Pete Johnson cleared up these things, telling me that a “few hundred” bundles of each size were made with a little under 200 bundles of the Toro being sent to the New England region and a little over 300 bundles of the Robusto being made for the Florida region.

So how did a store in North Carolina get some of the cigars? Johnson said that the reps set the allocation for their top accounts, and his Florida rep works with stores in both North Carolina and South Carolina, so some bundles were made available to them. As you can see, “regional release” can have a loose interpretation. 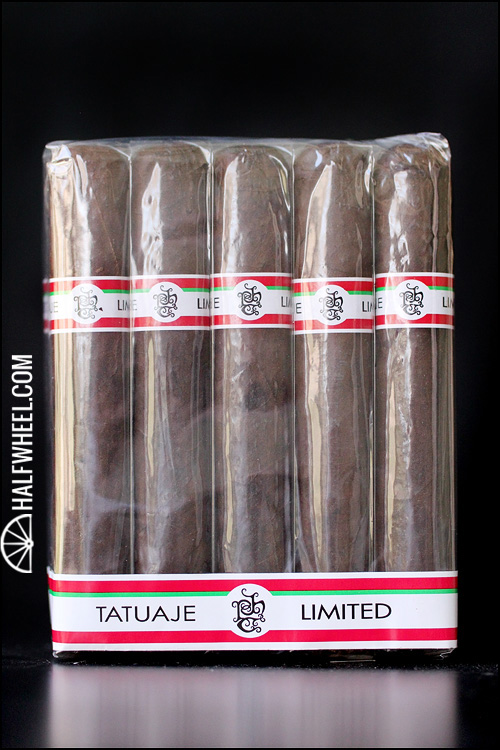 While a cigar bearing the name ‘Mexican Experiment’ would lead you to believe this is a first time venture for that particular manufacturer, in this case it’s not. Johnson used a Mexican wrapper on The Face, the third installment in his Monster Series that was released in October 2010.

Likewise, this isn’t the first time that Tatuaje has done a limited geographical release of a cigar. In May he released the new Robusto size of the La Casita Criolla to the Southwestern United States, while Chicago and the surrounding areas got the new Fausto FT114. 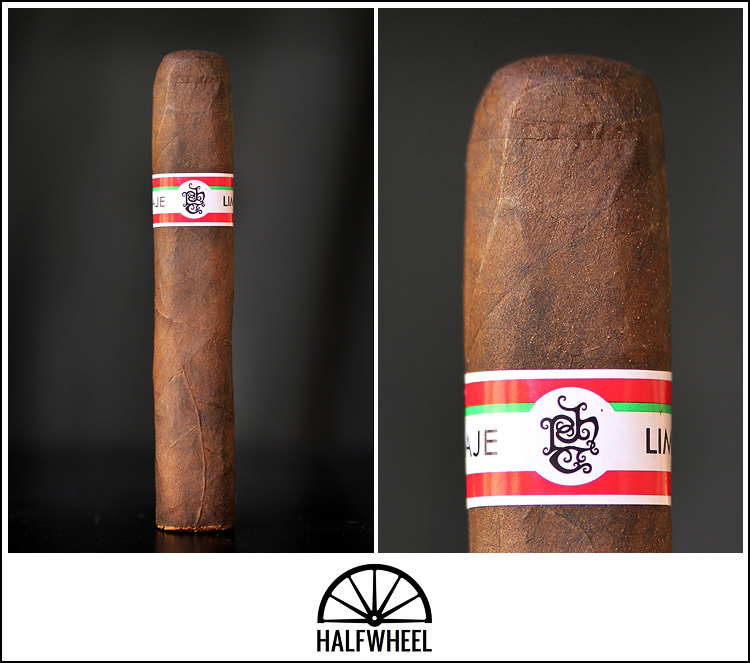 *Actual production numbers have varied, with Johnson saying it was a little over 300 bundles. With reports ranging from 300–400 bundles, I’m going to split the difference and say 350.

The wrapper is a deep, rich brown that shows off some veins nicely. Unfortunately, the foot of the Tatuaje Mexican Experiment doesn’t seem to be clipped perfectly clean, as each cigar had a bit of binder and filler peeking out making it incredibly tough to get to stand up for the photos. As for the prelight aroma, only one word accurately describes it: wow. There is a ton of flavors going on here: Mexican hot chocolate, cacao, damp wood, grilled meat — the list seems to go on. Despite all the big flavors, there is little to no spice present. The cold draw is easy, almost a smidgen too easy and showing nowhere near the flavors that were in the nose. There’s a bit of pepperoni or landjager sausage, but no real spice.

For having no spice in the pre-light aroma or cold draw, the first third wastes no time delivering a hit of pepper within the first few puffs and on the retrohale. The flavors and spices have a long finish on the palate, with an earthiness resonating well after the cigar has been placed in the ashtray. The second cigar also put off a distinctively sweet, syrupy opening note that seemed to mask the spice a bit, while the others had milder sweetness. Terroir really dominates the first third, with chalky notes coming out as well, transporting the palate straight into the Mexican San Andrés soil. The burn line is sharp and the salt-and-pepper ash holds on decently through the first inch before easily breaking free. 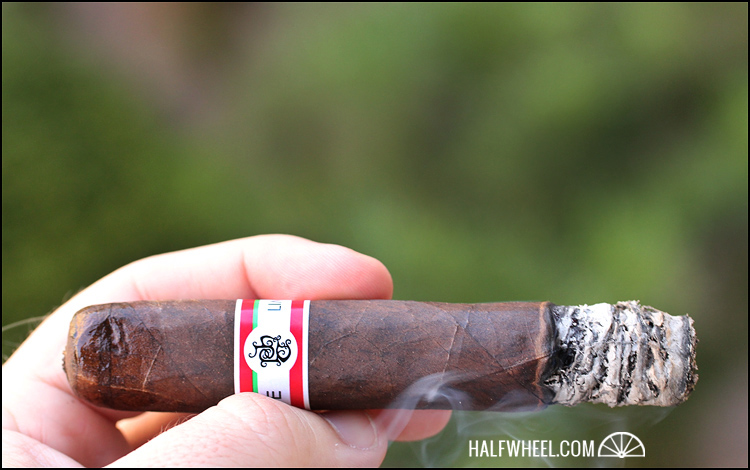 The draw remains wide open going into the second third, producing a hearty amount of smoke that fills the air. The flavor has shed the sweetness in favor of a dry, woody note while still maintaining the earthy soil notes. To this point, it hasn’t shown the complexity that the pre-light aroma did, which is a bit of a disappointment given how fantastic it was. The finish continues to be long and pleasant though, and provides for several opportunities to dissect and identify the nuances of the cigar. 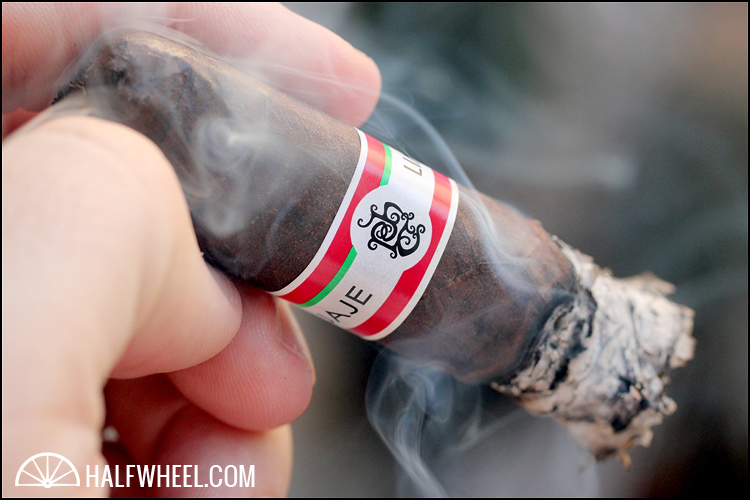 In the final third, the Tatuaje Mexican Experiment fully sheds what remaining bits of sweetness were able to hang around and has shifted to a flavor profile that is very dry and comes across as a mixture of clay, chalk and wood. The flavor that had been rich and juicy has swung to the other side of the scale – an interesting and dynamic flavor shift but one that isn’t necessarily for the better. I’d rather have seen it maintain the syrupy sweet goodness that provided such an enjoyable contrast to the strong soil notes as opposed to distilling those down and having them stand on their own. 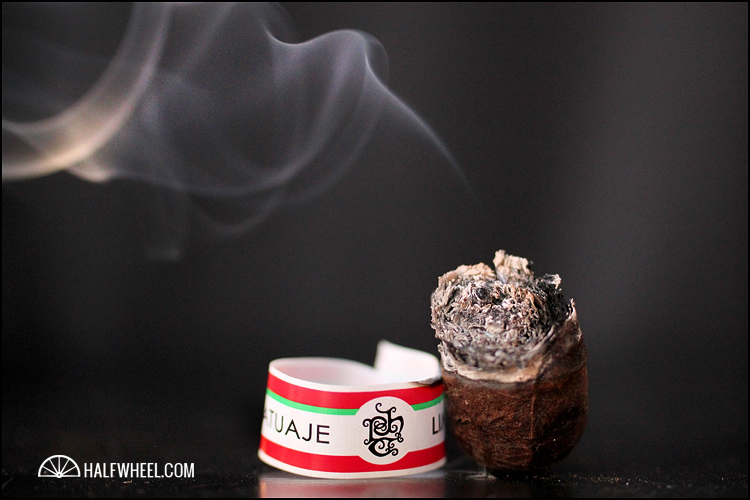