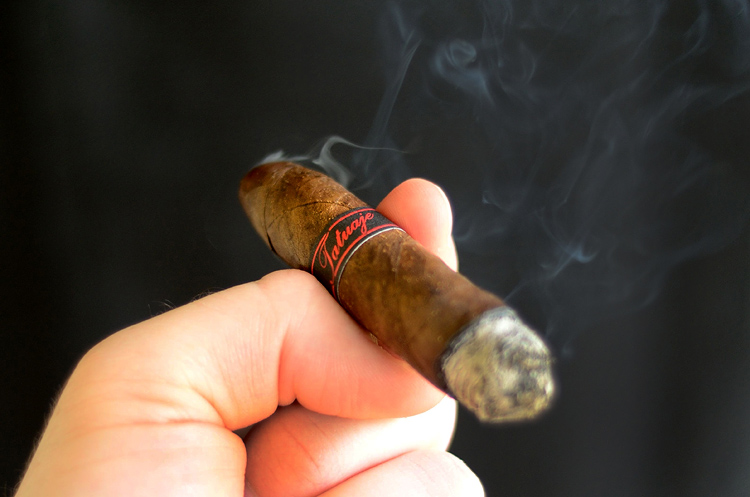 Dracula by Bram Stoker is hands down the most well-known vampire novel ever written. The book’s popularity throughout the past century, the number of movies about Dracula, and the numerous vampire related books, movies and television shows can easily allow us to say that the character Dracula is one of the most popular horror icons in history. It only makes sense that this character was also an inspiration for a release in Pete Johnson’s Monster Series, which is easily one of the most sought after limited edition cigars on the market today.

The Tatuaje Monster Series is released around Halloween every year to much hype, fanfare, and a veritable flurry of phone calls and emails to vendors by fans looking to get their hands on a box. The original The Drac was released in October of 2009. Three years and two more Monster releases later, Johnson has released the Little Monsters series, smaller versions of each original Monster release.

Earlier this morning on Smoke Inn’s Kiss My Ash Radio show, Pete Johnson of Tatuaje announced that he would be releasing the Monster Series in smaller vitolas.
The popular Monster Series has previously been regulated to larger sizes, hence the Monster moniker. During the show, which will be available online later this week, Pete said that he is working on thinner RGs and shorter sizes.
Early reports indicate that it will be available in samplers. As of now, the only mention of a release date has been June.
Update (January 14, 2011):The names for the cigars are:

The Tatuaje Little Monsters, a limited edition project for Pete Johnson’s Havana Cellars, began arriving in stores Monday in what is expected to be one of many shipments over the course of the next few weeks. The Little Monsters, which constitute five smaller versions of Tatuaje’s Monster Series releases are a 10,000 box release Johnson hoped would stay on shelves, something the larger versions traditionally have failed to do.
However, a sample of a few retailers indicate the initial shipment seems unlikely to stay on shelves as retailers are reporting frantic purchasing.
Last week, Johnson tweeted the following, asking his fans for patience: 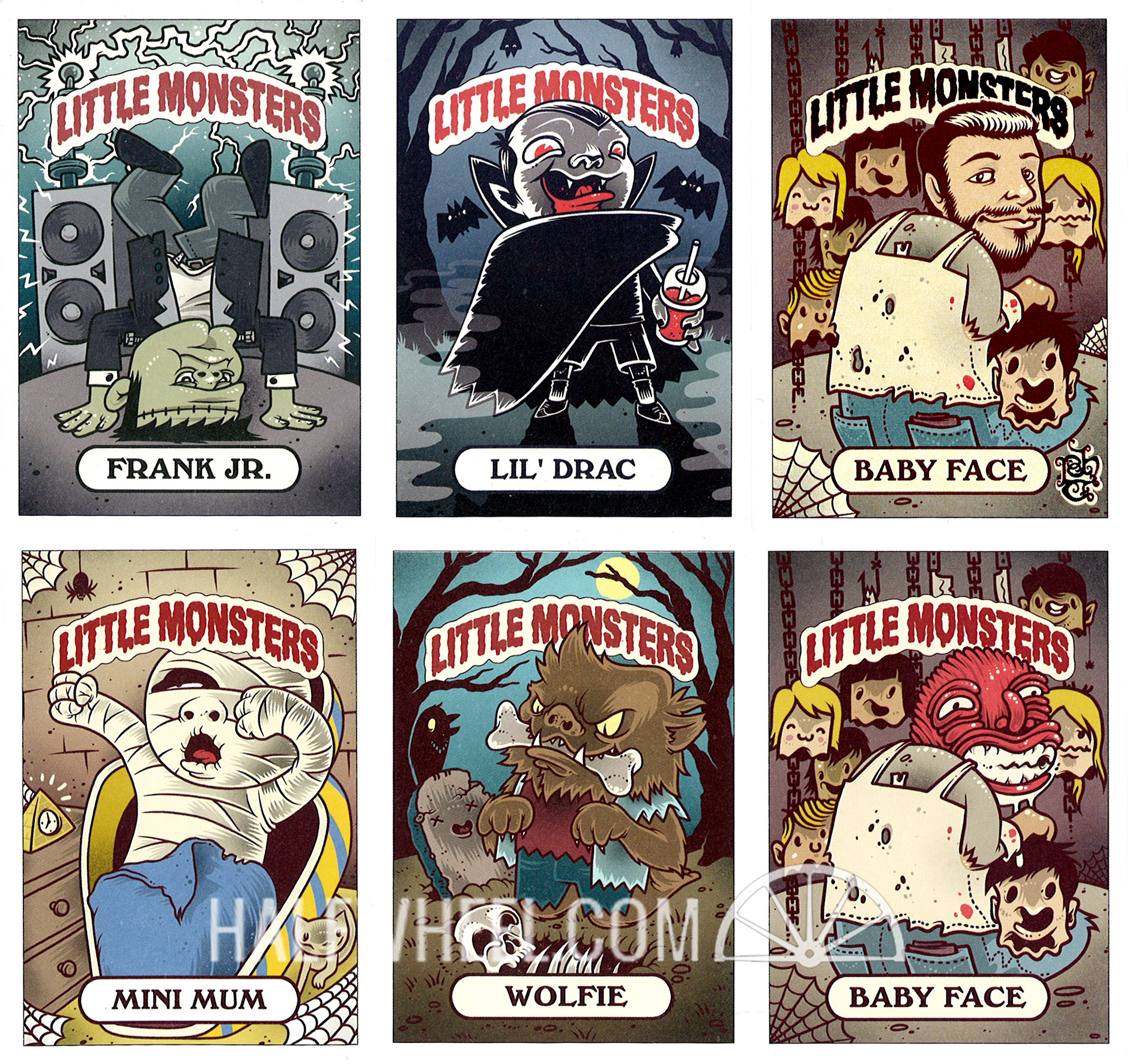 Unlike the original The Drac, the Lil’ Drac features bands that are in the normal place, as opposed to upside down foot bands. When I asked Johnson why he went for traditional bands, he responded, “I wanted the bands to line up in the box. Plus I didn’t want to put him upside down in the box.” 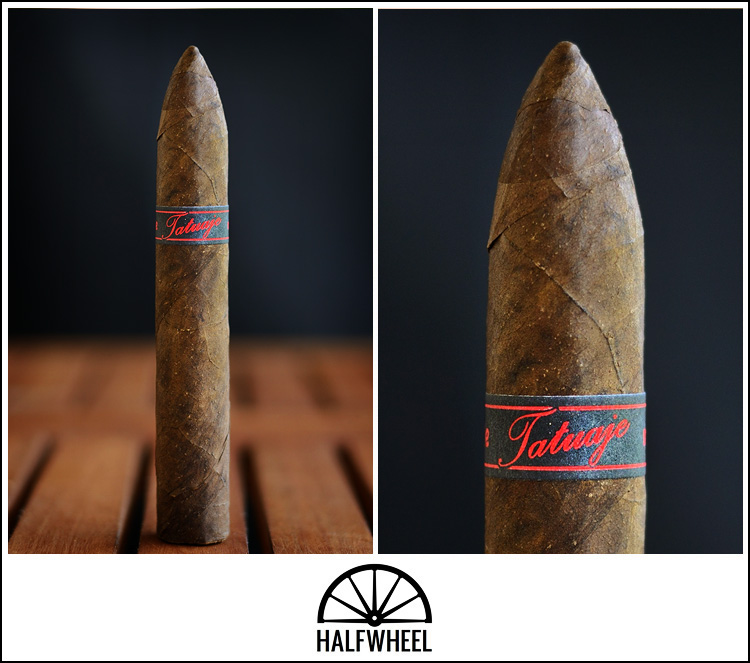 *Each sampler contains two Lil’ Dracs, in total, there are 100,000 Little Monsters

The Lil’ Drac looks exactly like its larger counterpart, The Drac, except for the aforementioned band and obvious size differences. It fits nicely in my hand and looks to be a comfortable cigar to smoke. The Lil’ Drac has an almost rugged looking wrapper, a few veins and is a little rough feeling. There are a couple of minor spongy spots, but nothing to worry over. Aroma off of the Ecuadorian wrapper is leather, sweet tobacco, and hay. The cold draw brings sweet hay notes with a little bit of raisin in the background.

The initial draws of the first third are really amazing. There are notes of cocoa, cinnamon, leather, and a little sweet peppery kick. Draw and burn are perfect, although the light grey/white ash only holds to about a half an inch leading to a full lap of ash. The lack of Tatuaje pepper blasting my palate makes me classify the early parts of the Lil’ Drac as a more mild to medium bodied cigar. 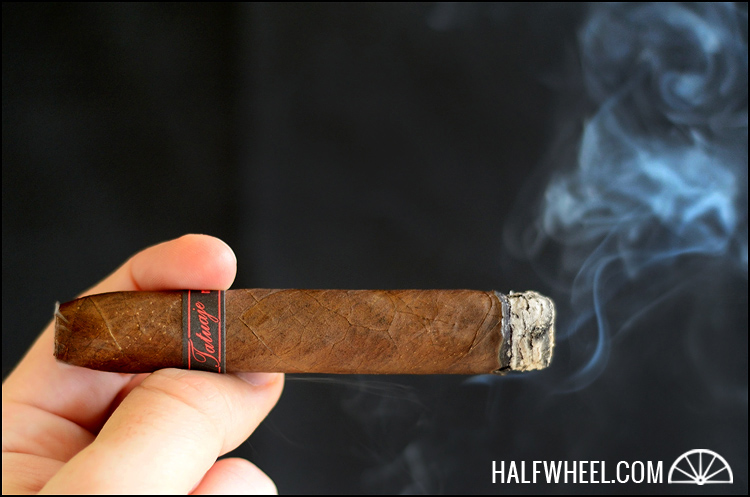 More cocoa and cinnamon begin the second third with some brown sugar, but the peppery kick subsides to just a minor note in the background. Occasionally I’m getting hints of raisins and nutmeg in the background, but only once in awhile. The second third of the Lil’ Drac is building up in strength and body slightly, but I wouldn’t classify this as anything above a medium strength cigar. 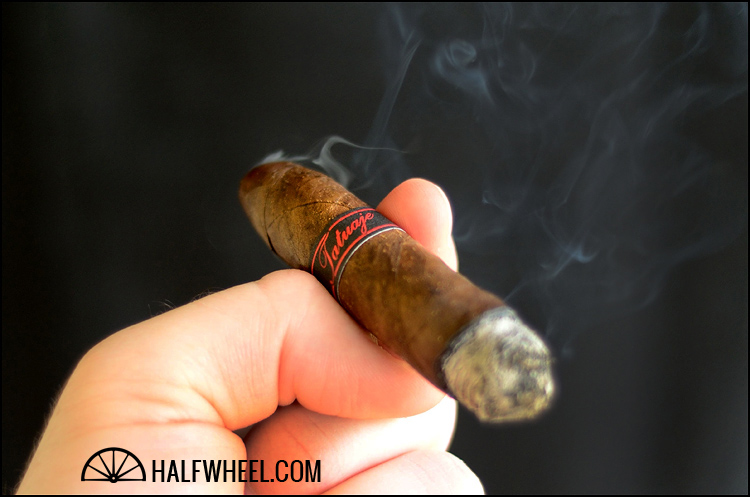 The final third is more of the same overall sweet profile with cocoa and brown sugar as the dominating flavors, but in the background a nice cedar note toys back and forth with the sweet peppers. The Tatuaje remains flavorful and doesn’t get bitter even at the very end. Although it does start to burn a touch hot, but that was around the half inch mark. 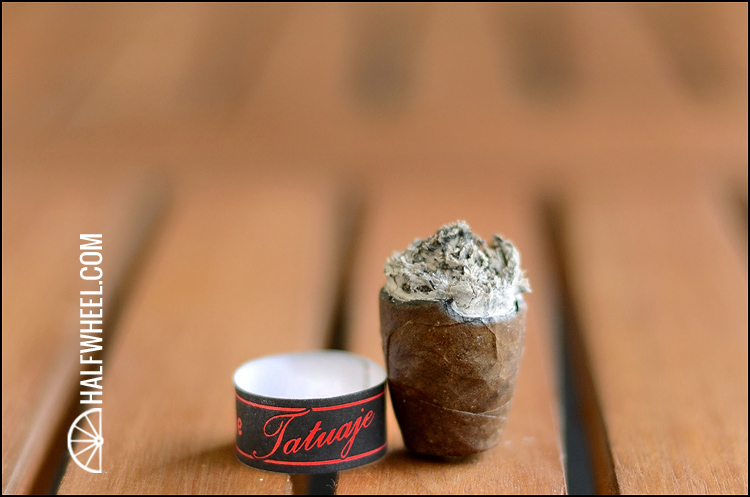 I’ve only smoked one of The Drac about a year and a half ago and I don’t remember being overly impressed. I have to say though the Lil’ Drac is a cigar that I wish I could buy by the box. The size is perfect, it fits comfortable in my hand and isn’t a jawbreaker. The flavor profile is a sweet bouquet of smooth, satisfying notes. I’ve not had the chance to smoke any of the other Little Monsters yet but I’m hoping each can live up to or come close to how I feel about the Lil’ Drac.