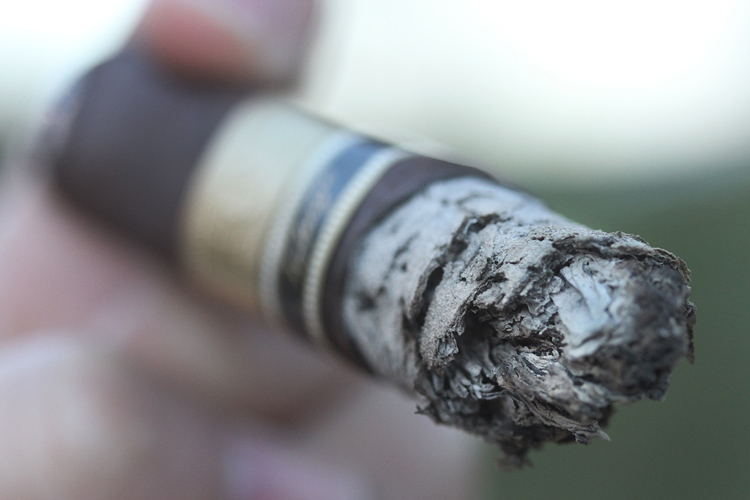 In late October, Pete Johnson introduced his newest Broadleaf-wrapped cigar, the Tatuaje HCS #1 Reserva for Holt’s. It is arguably the least-talked about Connecticut Broadleaf release for Havana Cellars this year, although the La Casita Criolla HCR makes a compelling case as well.

We covered the details in a mid-October news story:

Philadelphia-based Holt’s will be receiving a new Tatuaje HCS later this month, this time with a Connecticut Broadleaf wrapper. The Tatuaje HCS #1 Reserva is an identical 5 1/4 x 50 to the original HCS #1 launched for Holt’s in 2010. The cigar will be released at consecutive events beginning on October 25.

Over the past week various Holt’s employees have tweeted images of the cigar, including the one above. Earlier this year, Johnson changed the band on another Holt’s exclusive, the Tatuaje Verocu No. 9.

It is actually the fifth release for the HCS line, which looks like this: (From left to right.) 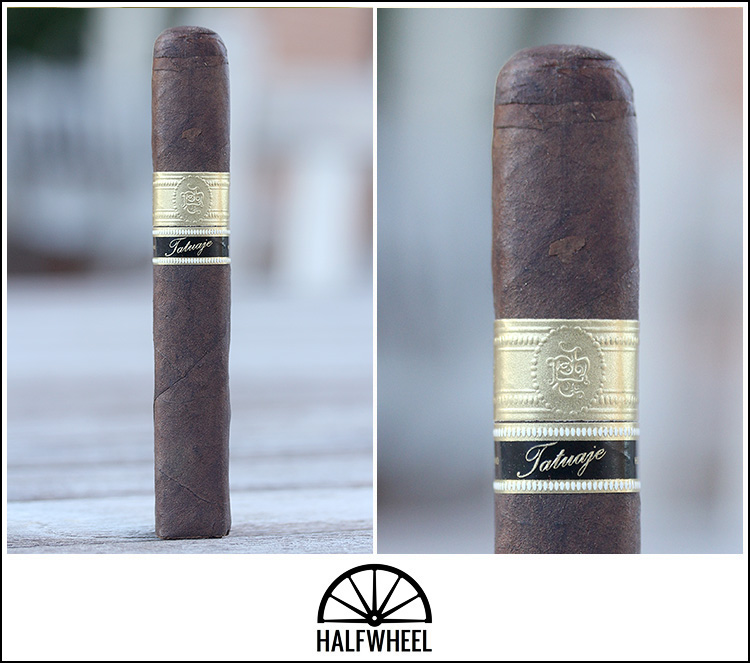 *See above regarding production numbers.

Overall, it’s not bad, but there are definitely a few areas that are not as perfect as Johnson and the Garcías normally produce. The foot is a bit uneven and there appears to be some patching on the Broadleaf. There’s a medium plus aroma of sweet barnyard and cocoa from the Tatuaje with a stronger brown sweetness and red and black peppers from the foot. The cold draw provide an interesting mixture of sweet cocoa, earth, orange peel, paprika and a dose of red pepper around the throat.

The first third of the HCS #1 Reserva begins with a bitter cocoa note that transform into bread and salty nut core before cedar and earth join the fray. Three or four puffs in and a black pepper bomb comes from nowhere, it’s shocking each and every time. Unfortunately, the changes largely stop and the core settles to a big black pepper, cedar and earth with touches of citrus. It’s detailed, but not terribly complex. Fortunately, the draw tightens a bit settling at a mark that I’d describe as open. Into the second third and there’s a growing sweetness and sourness that joins the big peppers and cedars. I can’t place the sweetness terribly well, although if I’ve learned anything from smoking Tatuaje Reservas, there’s probably a chocolate note coming. Construction remains fine with an ample amount of ash and smoke, although I’d still like the draw to be a little bit better. Strength is on the south end of medium-full and static. The final third of the Holt’s exclusive sees the cocoa note become apparent, although the sweetness and sourness is still very much present alongside the dominant pepper note. One additional change is an added grittiness to the HCS #1 Reserva, something very much appreciated. Construction and strength remain constant until the final inch, but by the three-quarters of an inch mark, the profile turns harsh and I put the Tatuaje down. The Bottom Line: The regular HCS blend is not amongst my version of Pete Johnson’s greatest hits, it’s not bad, but I definitely would prefer just about every other Tatuaje line before it. With the use of the Broadleaf wrapper, the profile changes, but it changes rather predictably and doesn’t solve the fact that the cigar could be a lot more complex and exciting. At the price point, you name it, Ambos Mundos, Brown Label, Cabaiguan Guapos, El Triunfador, Fausto Havana VI, La Casita Criolla—I’ll take any of those the before HCS Reserva. That’s a testament to the Havana Cellars portfolio and doesn’t in anyway make the HCS #1 Reserva “bad.”