So Thursday was supposed to be Tatuaje/Pepín day, but then an airline got in the way and threw some things off, anyways, here we are, twenty-four hours late, to the minute. It’s the classic Tatuaje, the Brown Label, or for the Pete Johnson purists who probably despise this site thanks to our lack of Havana Cellars’ reviews, Selección de Cazador. There are a few cigars that you have to look at when reviewing Lanceros, this is one of them. If one had to chose a liga to measure Tatuaje by, this would be it. (By all accounts the Black Label Corona Gorda in the original bundle/jar form would be the single cigar, but that’s neither here, nor there.) 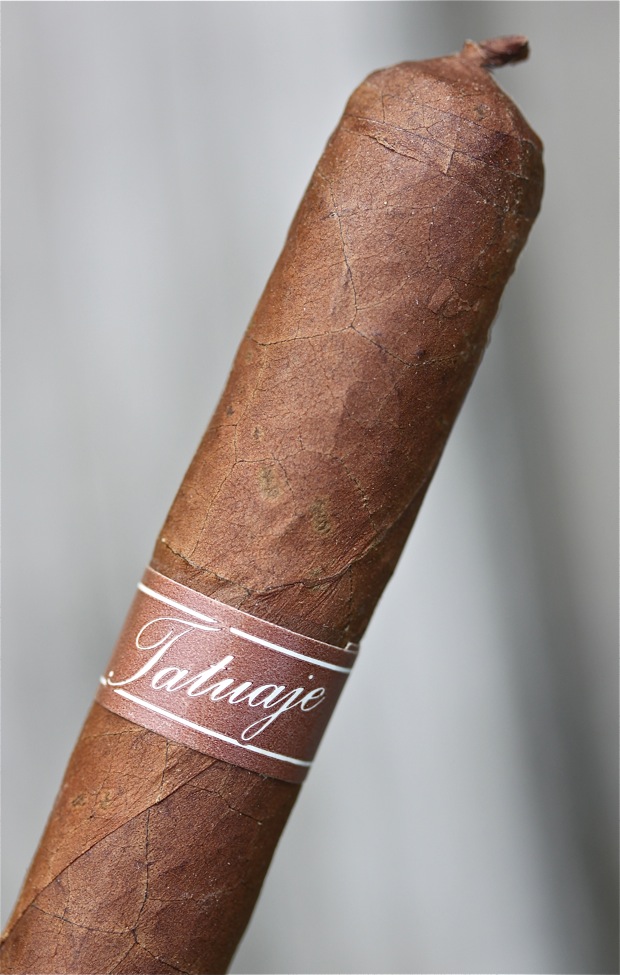 Today’s Smoke
In case you missed the breaking news the other day, I still don’t know Spanish. “Selección de Cazador” translates into “Selection of Hunter” in el niño diablo’s favorite romance language. Pete has a dog named Hunter and the first six vitolas and their marcas spell out h-u-n-t-e-r…

Last year, Pete (quietly) announced that he had switched origins for the Corojo wrapper he uses in the Brown Label, which once was a Nicaraguan puro and now features an Ecuadorian wrapper. These are however still made in Miami, at El Rey de Los Habanos Inc., the original Pepín factory, with the exception of the two new sizes (Petit and 7th Reserva) which are made at My Father Cigars S.A. I have smoked a few of the older ones and compared them to a few that have come from recent shipments and while the cigars aren’t identical in taste, I don’t think that they are without the range of just aging changes, even though inevitably the change in origin would presumably have some effect on the cigar. In simple English, things probably changed a bit, but whether anyone could tell without being told splitting hairs.

For Pete, the Selección de Cazador was a foreshadowing of what was to come, i.e. a return to Cuban tradition. As such, if the Especiales was anything beyond traditional El Laguito No. 1, it would be a bit out of character. The Especiales uses the lightest shade of wrapper of the “Cabinet” series and also is considered to be the lightest of the line in terms of nicotine. The Ecuadorian capa is veiny, like the Nicaraguan wrapper that adorned the cigar before, but with awesome reds and the right amount of sheen. The wrapper itself (not the cigar) is soft to the touch and somewhat delicate giving off an acidic leather aroma with an apple aroma underneath. Packing is not the fullest you see from a Tatuaje product, but it’s still firm to the touch. Aroma from the food is a mild cocoa, medium brown sugar and perfume. (I should note, there’s a small piece of the wrapper missing, it becomes rather apparent in the second to last photograph. It had zero effect on me smoking the cigar and was the only such imperfection on any of the three Especiales I studied for this review, I’ve smoked over a box of these over the last year, construction problems are generally non-existent.) 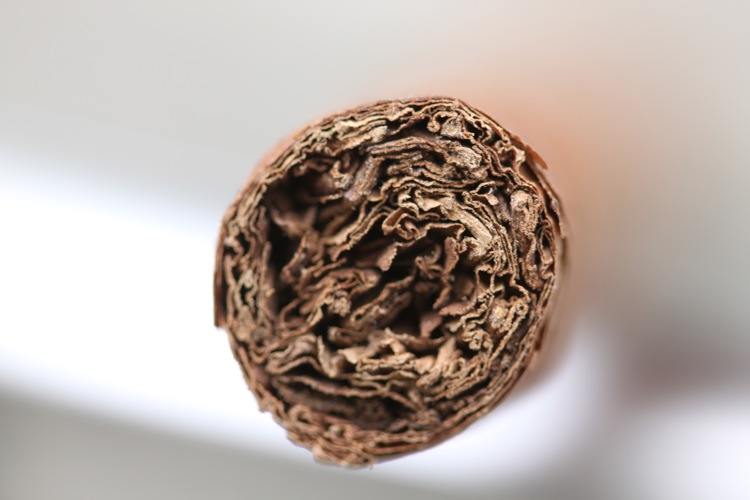 Lighting
Mortal sin using an Altadis branded cutter on a Tatuaje? I mean, it can’t be as bad as using a NUb branded cutter on a Lancero. Whatever the case, the Montecristo Signature Cutter, which is still the sharpest cutter I own, does a great job. Aroma from beneath the cap of the Tatuaje is heavy with some natural cereal, perfume, lots of spice, caramel and earth. Cold draw is a bit tight with berry, nuts, earth and cocoa and an orange peel tastes on the finish. The Xikar’s dual flames light this up a bit quicker than I would like quickly filling the air with woodsy, berry and cocoa notes and then the first puff. It seems old world. I’m not really sure what that means in context to the cigar world, but that just seems like the right term to describe what occurs. Cocoa, earth into a refined cedar and syrupy earth with salts and a more generic wood on the finish; medium-full and lengthy. 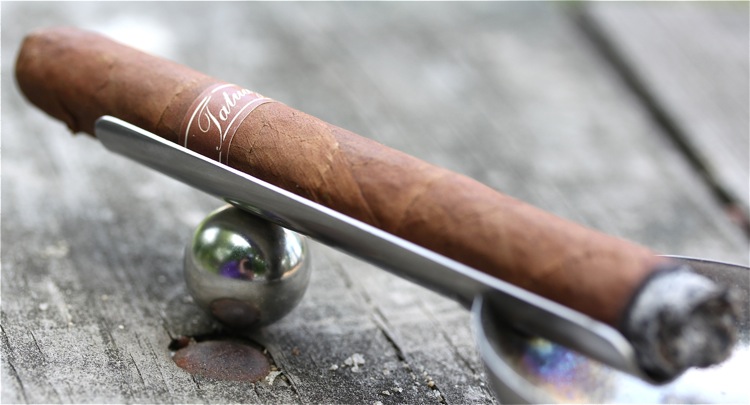 First Third
Sweet cedar, nuts and aged tobacco at the medium-full mark. Finish is nuts, cedar and cocoa, also medium-full and lengthy. While it doesn’t sound that exciting, it’s quite good. Refined and matured to a point that requires one to take notice. Draw is tight with average smoke production, but it seems to be loosening. It’s by far the least exciting portion of the Especiales, but there aren’t any real complaints. 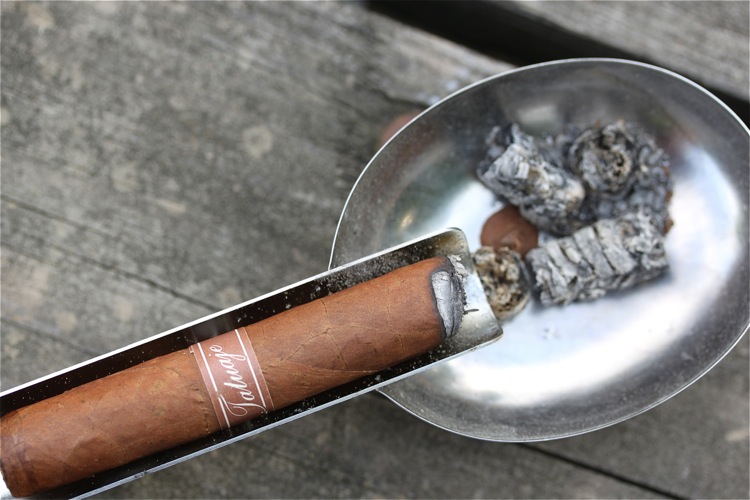 Second Third
The Selección de Cazador adds noticeable body and flavor. Its cedar, aged tobacco and cocoa with a nuttiness in the background at a full flavor. It’s been some time since I had a cigar with a tobacco flavor, and it was welcomed, a lot. Finish is nuts, tobacco and cedar; once again full and lengthy. Smoke production picks up a bit as well, with cedar and another woodsy note filing the air. Construction remains the same as the inch and a half long ash falls off in solid chunks. 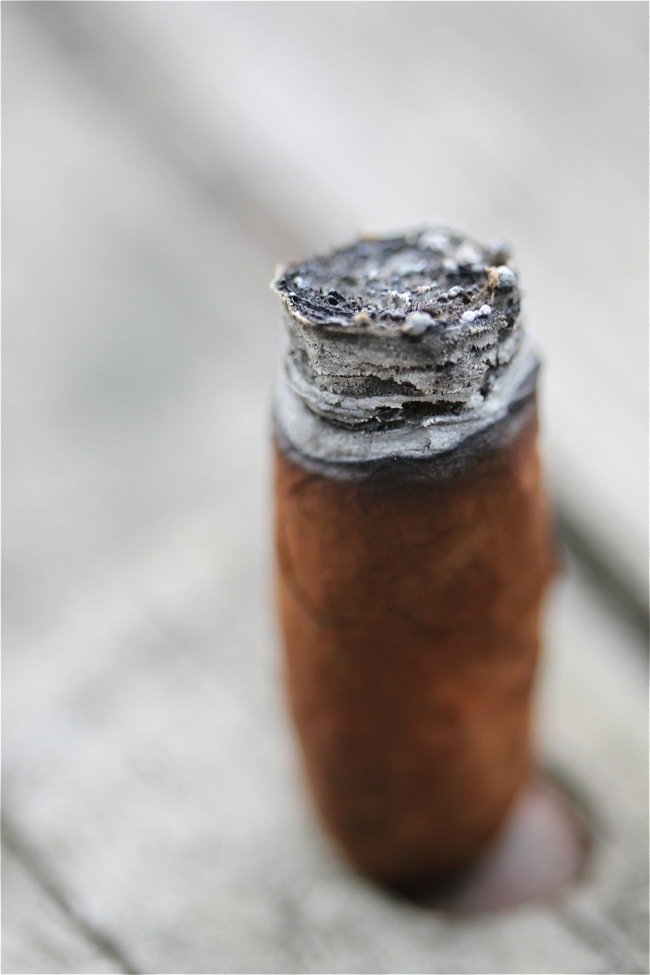 Final Third
A coffee note appears for an inch or so and then goes away, it’s a shame as I enjoyed it quite a bit. Tobacco and cedar remain until the final inch, when I eventually put the cigar down, remaining in the full range. Finish has a bit of the citrus notes, but is mainly cedar and cocoa. Strength had picked up to medium-full in the middle portion, but it doesn’t go anything beyond that at this point. Eventually, it’s put down. 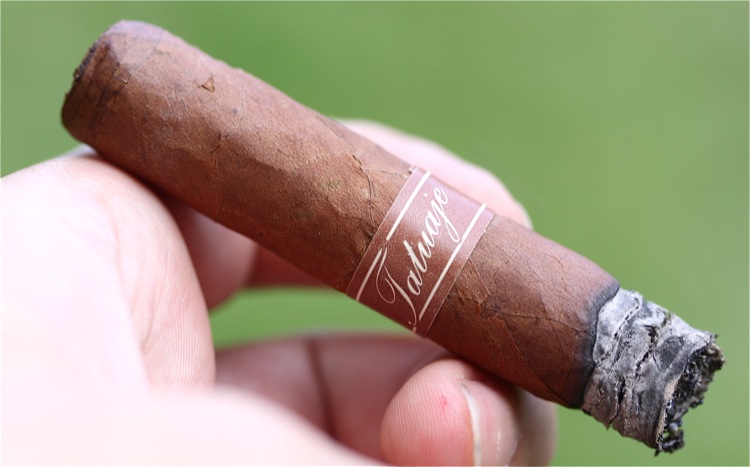 For the Novice
This might be the lightest Brown Label, but this is still not in novice range. 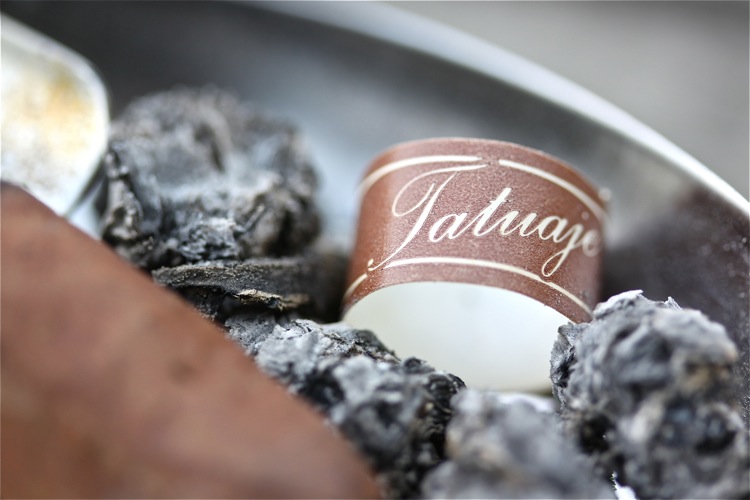 In the End
In general, I’m a fan of the the Selección de Cazador and to me the Especiales just makes sense. It’s by no means the strongest, but it’s medium-full and body and the flavors are mature. They aren’t overbearing and for the most part it’s relatively easy in terms of their division, but when it comes to the details, they are quite good. It’s not my favorite Pepín Lancero, but it definitely is one of the better one’s out there. One of the things that I love about this Brown Label and the My Father No. 4 is that both are smokeable at just about anytime.

89. Perhaps the definition of “balanced” in the Lancero category.