For many—myself included—Tatuaje’s new Old Man and the C was one of the most anticipated releases of IPCPR 2012 for one major reason, the Tatuaje Black Label Lancero.

The Old Man and the C was first introduced last year in the El Triunfador blend, featuring a Lancero, the El Triunfador Lancero Limited, and a Culebra of the same blend packaged in the same coffin. The coffins were packaged in master cases of ten coffins. This year the blend chosen was Tatuaje’s Private Reserve, or Black Label.

Brooks described the history of the initial release a few years ago:

In the beginning, there was only one size of the Black Label. The original release Corona Gorda first released in 24-pack bundles in November of 2007 to select Tatuaje dealers. This was followed by the Jar release in the second quarter of 2008, in which 1,000 limited release jars with 19 cigars per jar. In between this time, Pete was known to hand out a second vitola of the Black Label, a Robusto that had the same unfinished foot and pigtail cap. A three pack of these were also given out to customers who purchased a box of Tatuaje cigars when Pete was present.

The Black Label Lancero and Old Man and the C are the ninth and tenth Black Label vitolas. 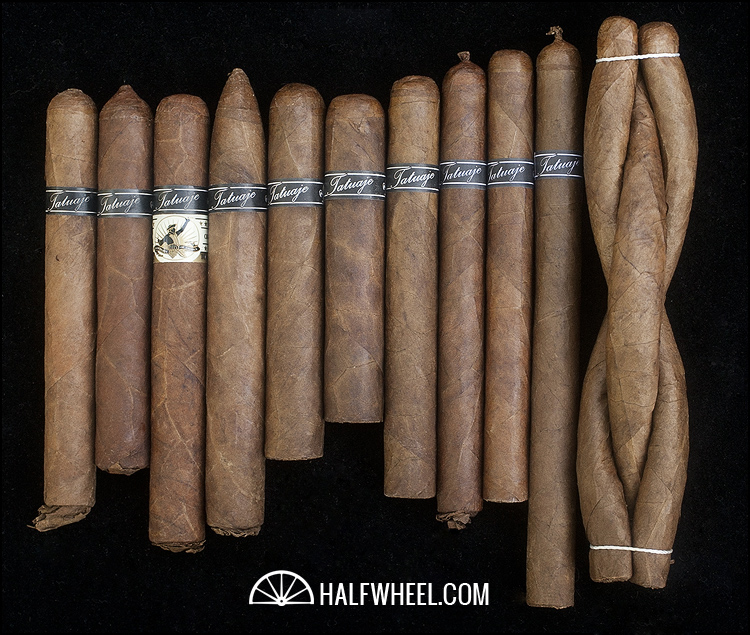 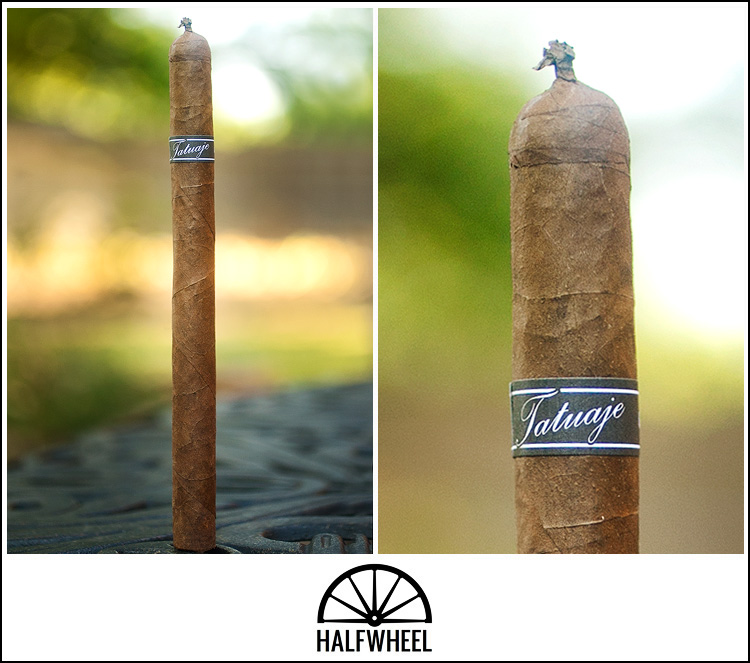 It’s what you expect. The My Father pigtail cap on top of 7 1/2 inches of the slightly red and relatively clean wrapper that is synonymous with Pete Johnson’s classic release. My Father is no stranger to Lanceros, but on the limited amount of Black Label Lanceros I’ve seen, the construction seems even better than usual. From the wrapper there’s a medium, but developed, note of sweet leather, orange peel and a bit of barnyard. It’s very much Black Label, although a bit heavy on the oranges. The foot is a near carbon copy of my memory of the Petite Lancero: sweet brownie cocoa, touches of fruits, almost painfully sweet with a touch of pepper on the end. Cold draw is perfect with tons of sweet cocoa met quickly by red pepper and leather. Rather full and providing plenty of hope.

It starts the first third with bitter earths, cocoa and leather. The Black Label Lancero turns the mouth completely dry before a beautiful salty nut flavor emerges. There’s a touch of harshness, but no real pepper is identifiable. One interesting note is the aroma, which I can best describe as a heavy Nicaraguan note. At the one inch mark I get an interesting apple cider note, something new and something temporary. The flavor settles to a core of earth with sweet syrupy cocoa, peppers and touches of cedar surrounding it. 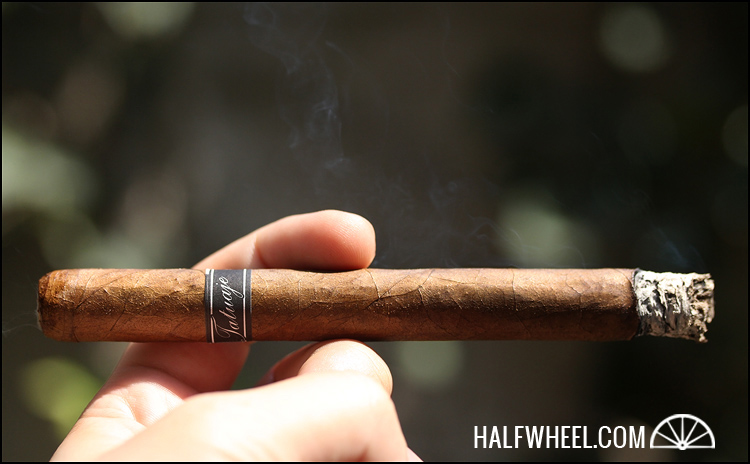 By the second third the delicacy of the flavors is apparent. While they are rather full—you get punished very quickly for any sort of major increase in smoking speed. The cocoa decreases a bit, while the earthiness gains some sweet citrus notes, a bit of creaminess and a dark and heavy Nicaraguan cedar on the back of the throat. Construction of the Tatuaje is great: nearly two inches of ash, above average smoke production and a dead perfect draw. When I glance down to see the cut cap, a near perfect array of rolled tobaccos present themselves. Into the final third and there’s an increased creaminess and a bit more generic earth. Touches of cherries and vanilla make it into the profile as the pepper turns into more of a black pepper, losing the edginess it once had. It’s hard to say whether the flavor profile advances, as in the cases of the cherry and vanilla notes, or regressed, as was the case of the earth—but it did change. A few touch-ups are needed in the last two or so inches, but I’m able to smoke the Lancero down past the inch mark without ever losing the cigar. I'm not going to lie—the expectations were high, really high. While the Black Label blend has been by-in-large disappointing for me, never meeting the immense praise and hoopla associated with the line. The two shining moments—the Petite Lancero and Corona Gordas a few years ago provided some insight to why people go nuts over the cigars on the secondary market. Sadly, the Black Label Lancero will fall short of the insane hopes set on it by myself and others. This is a good cigar, a very good cigar; but to cut to the chase real quickly—the Petite Lancero from 18 months ago was a lot better. Every flavor the Black Label had it delivered with great detail and very cleanly, unfortunately, I was left hoping for one or two more to provide the complexity that I had hoped for. Once you get over the fact there are literally a handful of cigars capable of producing the experience you hoped for in the Black Label Lancero—you realize it's a good cigar, a really good cigar, but perhaps not the best format for the blend.