During the 2012 STUDIO TOBAC Tour, attendees who purchased a box of cigars received a STUDIO TOBAC Limited Edition Sampler 2012, along with a chance to win a box of one of two event only releases: the Cain Special Release or the Cain NUb Daytona 460.

The Ligero used in this cigar is not at the same strength as most of our Cain cigars. It’s a very small batch of Ligero we had at the factory that we got our hands on. We have been sitting on it wondering what to do with it because we had so little. So this small batch release was perfect for it. This cigar is one of my favorites, it’s not a knock your socks off Cain F, but it gives you a lot of flavor. 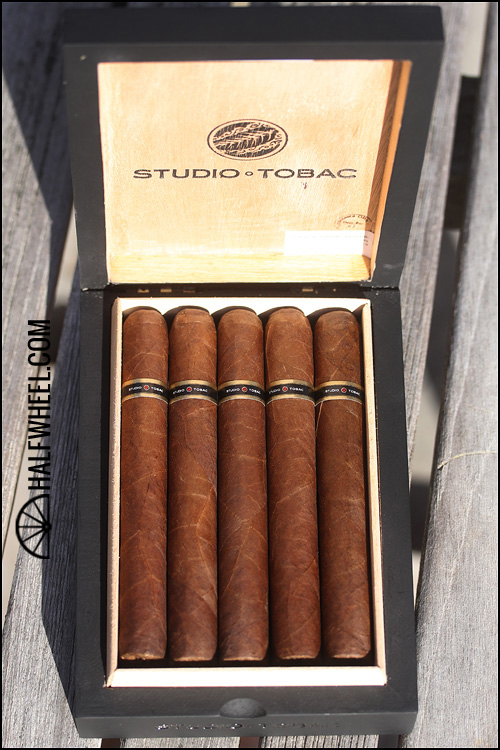 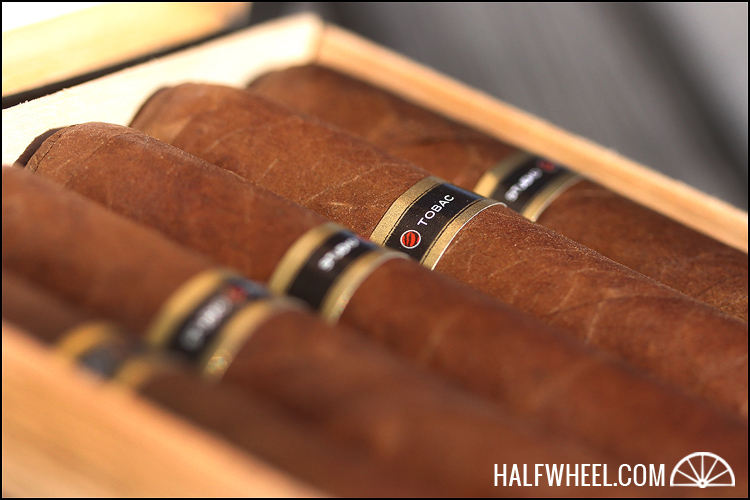 The cigar is very well rolled with a reddish brown wrapper that is devoid of seams and totally smooth to the touch. There is just a bit of oil present and it has a great amount of resistance when squeezed. The aroma coming off of the wrapper is a combination of strong espresso, oak, barnyard and earth along with just a tiny amount of pepper.

Starting out the first third of the STUDIO TOBAC Cain Special Release, and I am immediately struck with a great combination of creamy oak on the palate and black pepper on the retrohale. Other flavors include black coffee, leather, earth and toast . There is a very nice—albeit slight—raisin sweetness underneath the other flavors that really combines well with the other flavors making the whole profile better. Smoke production is insane and the construction is wonderful through the first third. Strength ends the first third just below medium, but does seem to be getting stronger. Coming into the second third of the STUDIO TOBAC and the sweetness that was present in the first third has died down almost totally, leaving a very interesting combination of dominant creamy oak and peppery earth. The pepper on the retrohale is wonderful—just enough sharp pepper to keep you interested—but not enough to overwhelm any flavors. More flavors flit in and out: dark chocolate, bitter espresso, earth and even a small note of tea leaves. The burn and draw remain excellent, and the strength only gains a little, ending at a solid medium by the end of the second third. The final third of the STUDIO TOBAC Cain Special Release retains much of the same profile: creamy oak and earth, with other notes of coffee and hay and even just a touch of floral. The sweetness from the first third is completely gone, but I don’t mind as much as I thought I would and the black pepper on the retrohale has remained at a constant level. Smoke production is still well above average, and both the burn and draw are wonderful. The strength ends the cigar just above medium, nowhere near a regular Cain F. 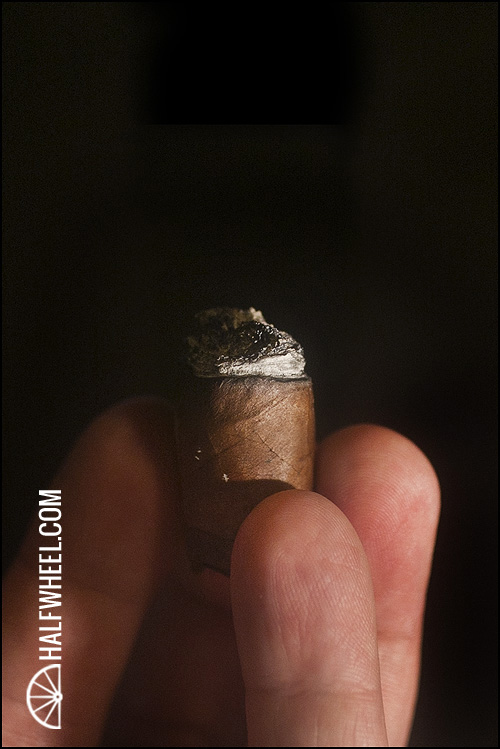 If you are looking for an overt sweetness in a blend, this is not your cigar. But if you are looking for a much better balanced Cain F blend with a bit less strength—you have found it. The STUDIO TOBAC Cain Special Release is creamy and peppery all at once, with a great retrohale and excellent construction. Like the rest of the Cain F vitolas, sans Lancero, this is not the most complex of blends, but I found it quite a bit more enjoyable then any of the regular Cain F lines. Is it worth seeking one out if you know someone who got a box at an event? Easily.