Every cigar smoker knows that there are a number of ways you can light your cigar, some traditional and recommended, such as butane lighters, wood matches and cedar spills, and a number that aren’t, such as Zippo lighters, candles, barbecues and so on.

One of the generally accepted ways is the traditional soft-flame lighter you’d find at a convenience store, most often made by BIC or to a lesser degree Scripto. While those units are certainly functional in a pinch, they don’t offer the most stable flame or the strongest flame, and they do tend to get fairly hot when run for the extended periods of time it takes to get a cigar lit, as opposed to what they are generally designed for: cigarettes and things like candles or more quickly flammable items.

But given their ready availability and low cost, there is something fairly appealing about those disposable lighters, which is one of the reasons that SOTO Outdoors uses them as the core of its PT-14SB Pocket Torch. 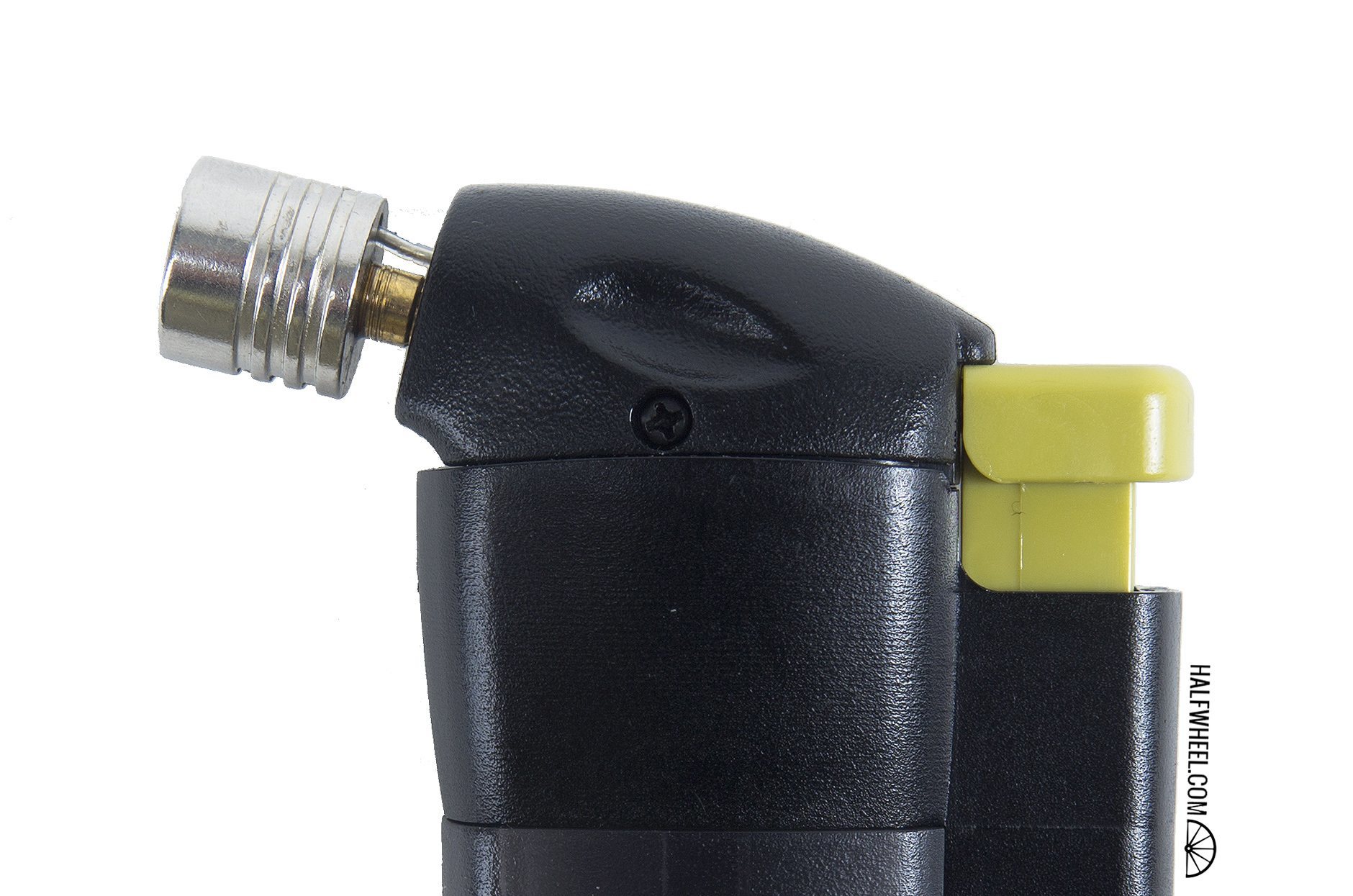 The device is a take on the idea of turning a common disposable lighter into a high-powered single flame torch by routing the fuel through a jet torch. Simply put in one of the disposable lighter styles that fits, put the top on the base, press the button that emits an audible click and you’ve got yourself a torch lighter.

Well, sort of. One thing that is readily noticeable about the SOTO Pocket Torch is that you really have to keep the trigger button pressed down hard in order to maintain the flame. Unlike with many other traditional torch lighters that are fairly easy to light and keep ignited, the way the SOTO is designed requires a firm amount of pressure, since that it is what is keeping the lighter’s fuel supply open.

To that point, when the unit arrived from the halfwheel office, I called Charlie Minato up to make sure he had tested it before sending it to me because it would simply not ignite. He said it worked fine in the office, and it was only after some further practice that I got the hang of the kind of pressure required to keep the flame going. Maybe this aspect could be better designed; I’m not sure. Regardless, it is a bit of a drawback to the first impression of the SOTO Pocket Torch.

Once you get the hang of how to ignite the Pocket Torch and keep it lit, the usage is pretty familiar. It produces a short, single flame that is fairly pointed despite not being nearly as long of a flame as you will find on traditional single flame jet torches. It’s a device that fits comfortably in the hand, measuring 4 3/10 inches in height, 2 2/5 inches in width and 9/10 of an inch in depth while weighing just 1.8-ounces without the disposable lighter. 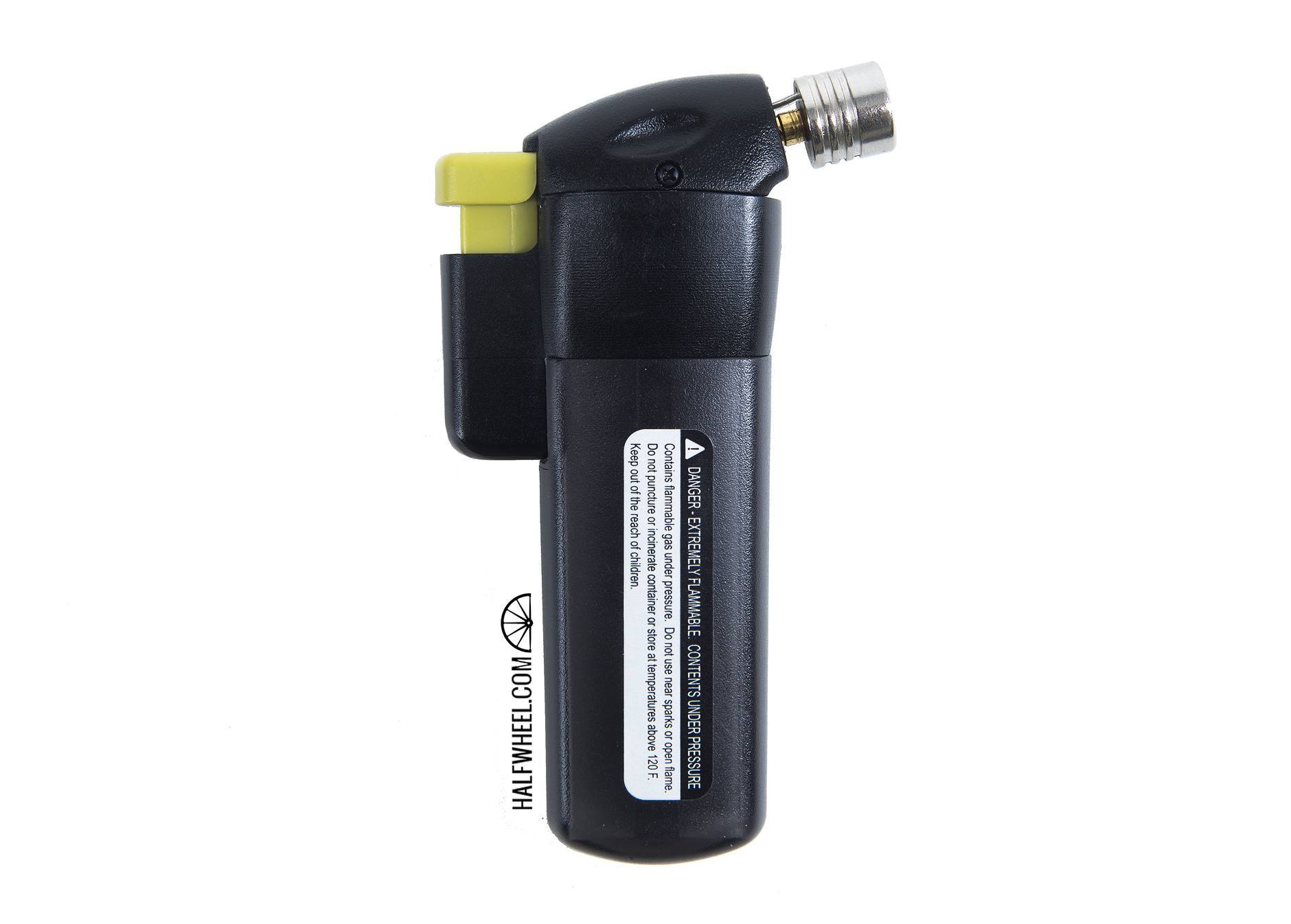 While the look and feel of the flame produced by the SOTO Pocket Torch will seem familiar to that of a standard single torch, its lack of firepower is immediately discernible. The company claims that it can hit 2,300 ºF, and while that is certainly more than enough to light any cigar, it feels like it lacks a bit. Between the short flame and the finicky fuel flow, sustaining that high temperature is certainly a challenge.

Now up to this point I haven’t been terribly impressed by the SOTO Pocket Torch, but I will give it one big compliment: no matter how long I let it burn, my fingers never seemed to get hot like they would if I was using a traditional BIC lighter or like they do with a number of cigar lighters from prominent manufacturers. It did get sore from having to hold the ignition down so firmly, but it never got hot.

As far as using it to light your cigars, there isn’t much else to report; if you can keep it lit, it does a serviceable job. From a design aesthetic, I am not a fan of the curved bottom that prevents it from standing straight up, forcing me to lie it on its side. This isn’t a deal breaker, but most table top lighters are designed with flat bases, but for some reason this one is curved.

The types of lighters that will fit are limited, not so much so that you will have to hunt for acceptable matches, but something that you will have to keep in mind before just heading out to the nearest store to pick up a lighter or two. Regardless of which version you pick up, as long as it is rectangular and it fits, SOTO says you’ll be able to get approximately 20 minutes per disposable lighter. 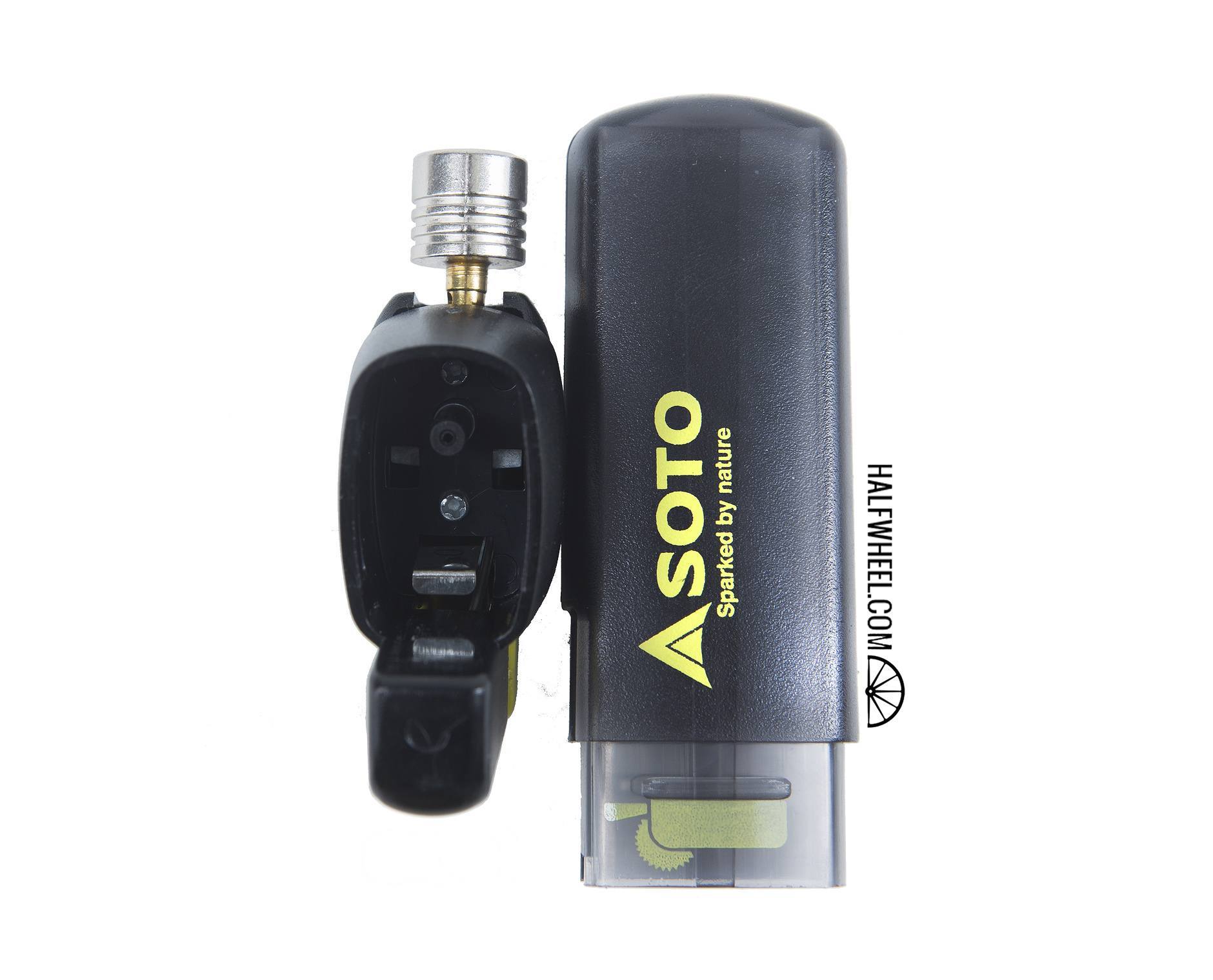 All this said, and possibly something that should have been mentioned much earlier, is that this isn’t a unit designed for the cigar world. By all accounts, it was designed with the outdoorsman or camper in mind, and is featured more at REI and Amazon than any cigar retailer, with its key highlights being that it makes lighting stoves and campfires much easier. As a related note, the unit is only designed to be used in areas below 5,000 feet of elevation.

The SOTO Pocket Torch carries a price tag of just under $20, which makes it a fairly affordable unit that is cheap to fill up, since you can find compatible lighters for generally less than a dollar a piece. But despite the price, it doesn’t earn a nod from me as to something that I think most cigar smokers would want to have in their accessory arsenal. 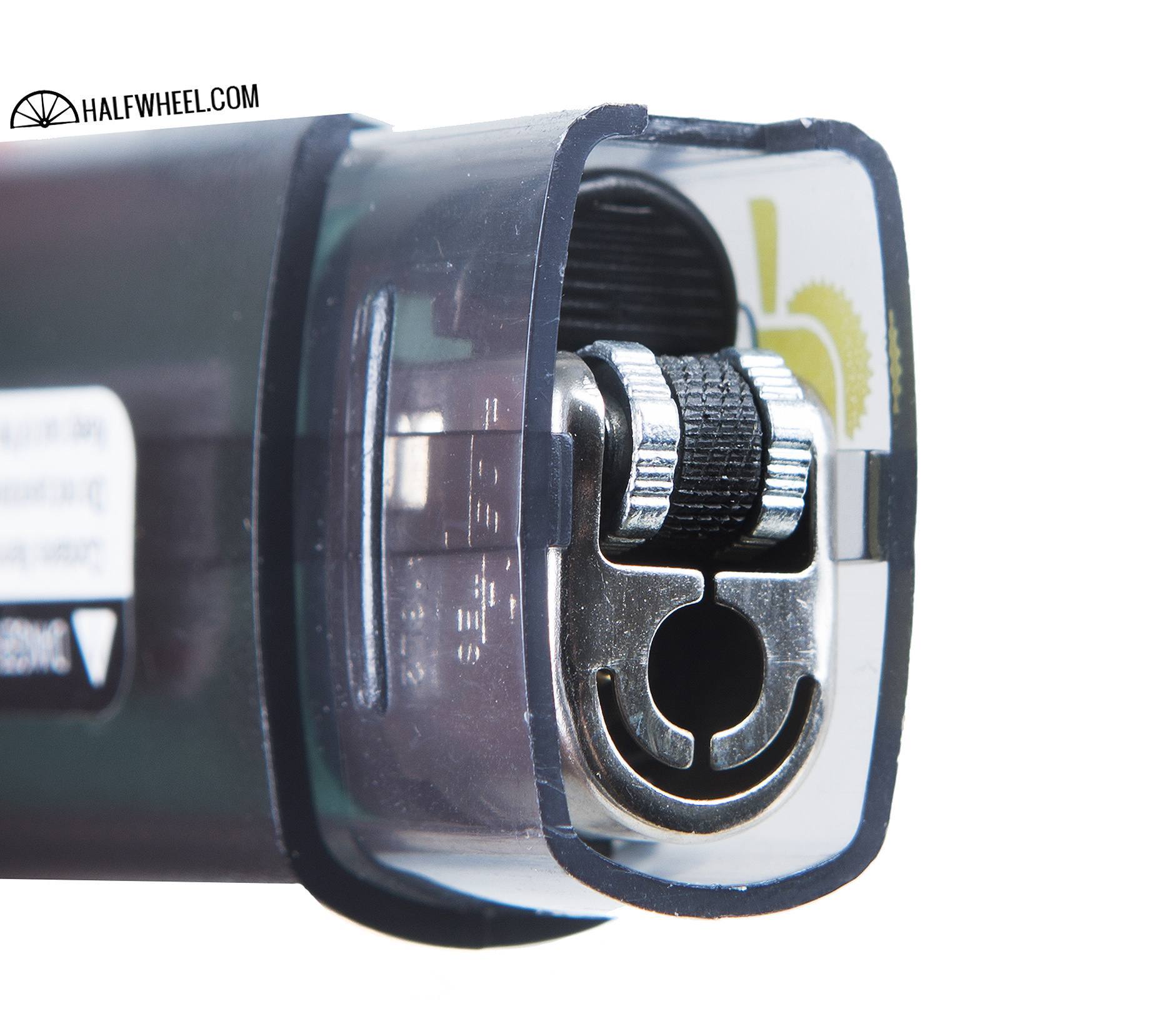 First and foremost, this device requires too much work for the relatively minimal benefit. While I’m not a fan of soft flame disposable lighters, they do work in a pinch, and barring a strong wind are pretty functional. Second, if you want a torch lighter, there are a lot of great options that cost less than the SOTO Pocket Torch, including the JetLine Super Torch ($15) and a personal favorite of mine, the Harbor Freight Butane Micro Torch ($9). If you’re looking for a bargain torch lighter, there are better options.

While I commend SOTO Outdoors for the effort, and would possibly consider this for a camping trip, it’s something that misses the mark in the cigar world.

For the purposes of this review, Scripto lighters were used as the base.