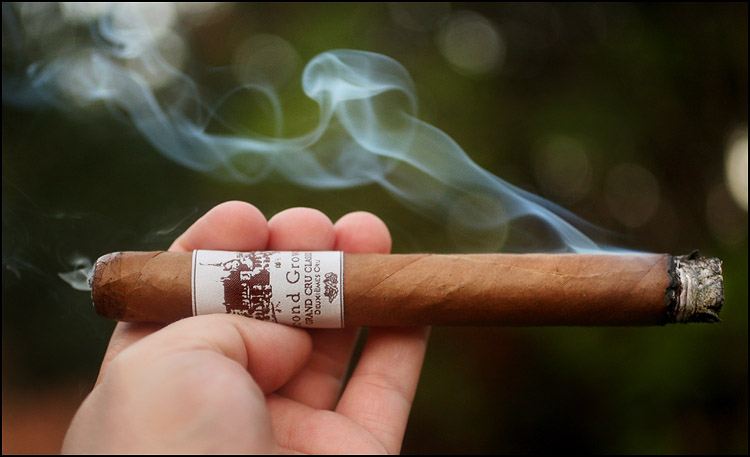 On May 26, 2010, a new cigar blended by TABADOM’s Hendrik Kelner for alcohol importer Eric Hanson debuted at Club Macanudo in New York City. Second Growth is a 7 7/8 inch x 54 cigar that uses a blend that was originally intended for use in a cigar to commemorate Hendrik Jr.’s 36th birthday. It is meant to be paired with Bordeaux wines, which inspired the boxes the cigars come in, which are made from French wine barrels.

Talking about the blend in an interview with Stogie Guys, Owner Eric Hanson said:

We were at the factory on other business and decided to show Henke Sr. and Jr. the box and concept for Second Growth. Both were fascinated with the concept and immediately we started discussing the type and aging of the tobacco one would need to execute an elegant project like this. For the next few hours we smoked several cigars and reviewed many bundles of unique hybrid tobaccos. Then, like a bolt of lightning, Henke Jr. said he had the perfect cigar for this project. Earlier in the year Alladio (master blender) and Henke Sr. came up with the blend for Henke Jr.’s 36th birthday. What type of cigar do you get for Jr. for his 36th birthday? A Cuban? No! The best filler, binder, and wrapper ever grown from the aging room at Tabadom that is never to be in regular production. We all smoked the cigar and had some Chateau Gruaud Larose and we all realized we had found the perfect cigar. Father and son agreed to let us use HMK 36 and Second Growth was born.

There were only 1,000 boxes of Second Growth produced, and of those, only 300 boxes of 20 were released to the American market.

As mentioned above, the Second Growth boxes are quite unique, in that they are actually made from used wine barrels. Each box is individually numbered and also has a brass plate engraved. The Second Growth website explains the process they go through:

Each Second Growth cigar box is hand furnished by Irish master craftsman James Rowe in Portsmouth, New Hampshire from wine barrels used during the maturation of a renowned Second Growth Chateau from the historic, award winning Saint Julien appellation of Bordeaux. The concentrated fruit aromas emanating from the barrel staves envelope each cigar imparting a timeless elegance and accentuate the beauty of the wine-stained woodworking. 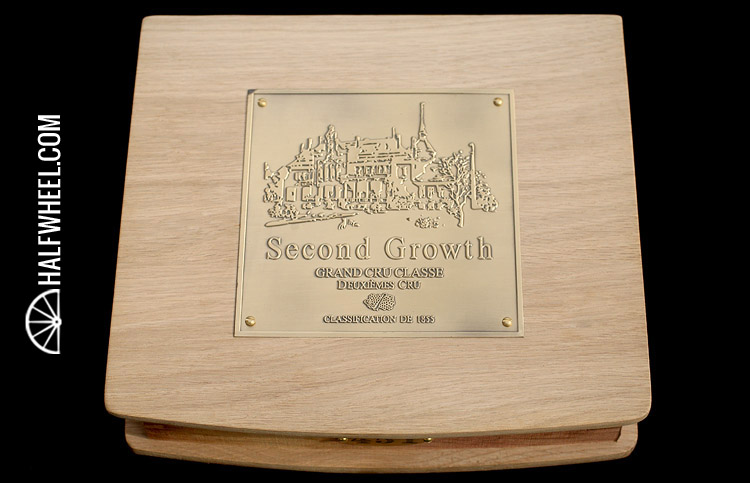 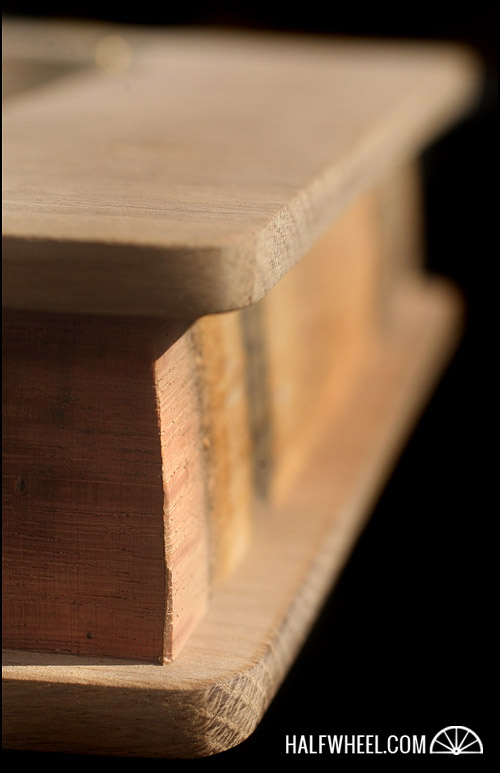 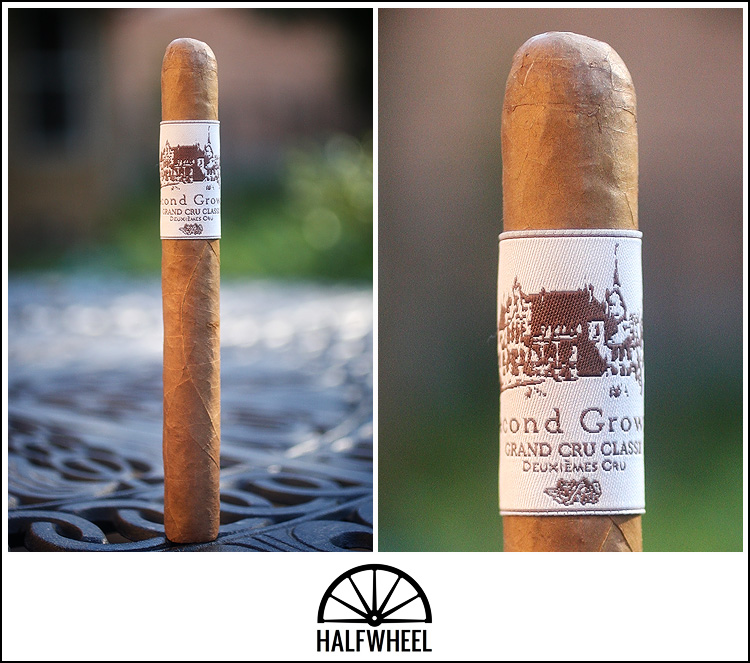 The Second Growth is monstrously large, but also a little light, considering the size. It has a light brown wrapper that is bereft of any oil, but is also totally smooth to the touch. When squeezed, it has a tiny amount of give. There’s a strong aroma from the Ecuadorian wrapper of nuts, sweet cedar and citrus. The woven band is huge, although proportionally is a bit small.

The Second Growth starts out quickly with flavors of aged oak, bitter chocolate, leather and a small amount of black pepper on the retrohale. There’s little to no spice at this point and the finish is extremely dry, which is concerning given the early stage of the cigar. The draw is perfect from the outset with a wonderful amount of resistance. Strength is non-existent, which isn’t exactly shocking given who made these cigars. 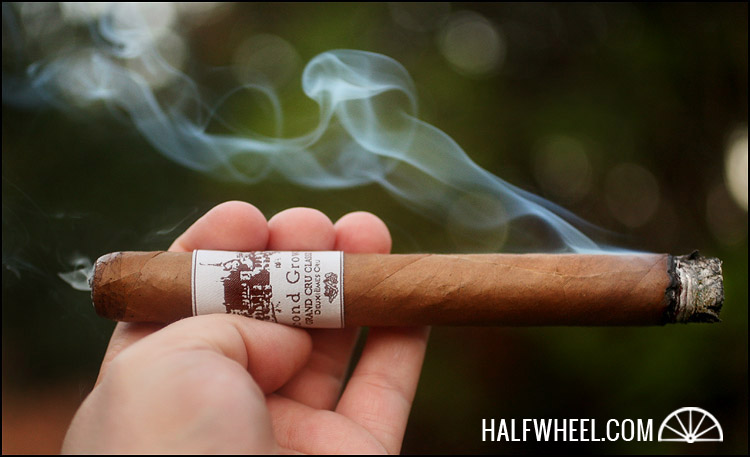 Coming into the second third, and the Second Growth shows no signs of any major changes profile-wise. There does seem to be a little creaminess that I notice from time to time that was not in the first third and there is definitely a flavor of sweet vanilla that comes and goes, but the dominant notes are still oak, chocolate and leather. The pepper is long gone by the halfway point and as predicted, the strength is still firmly on the fuller end of mild. However, the construction, burn and draw continue to be the shining light, all 100% perfect as the second third ends. 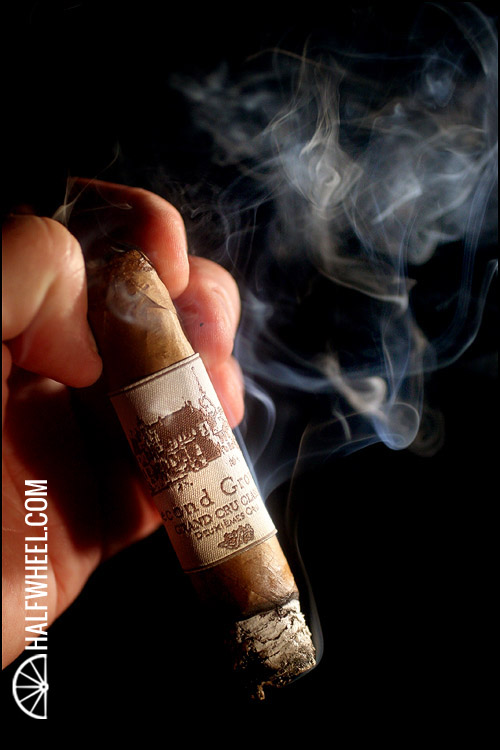 The final third of the Second Growth has almost no shifts at all with the profile and flavors remaining pretty much the same until the end of the cigar. Chocolate, wood, leather, a slight sweet creaminess and perhaps a small nutty note on the retrohale. No pepper and no spice, which makes the Second Growth extremely smooth in that regard. The strength ends pretty much where it had been since the halfway point, a little stronger than mild, but not even close to medium. It never got hot at the end and never gets bitter. 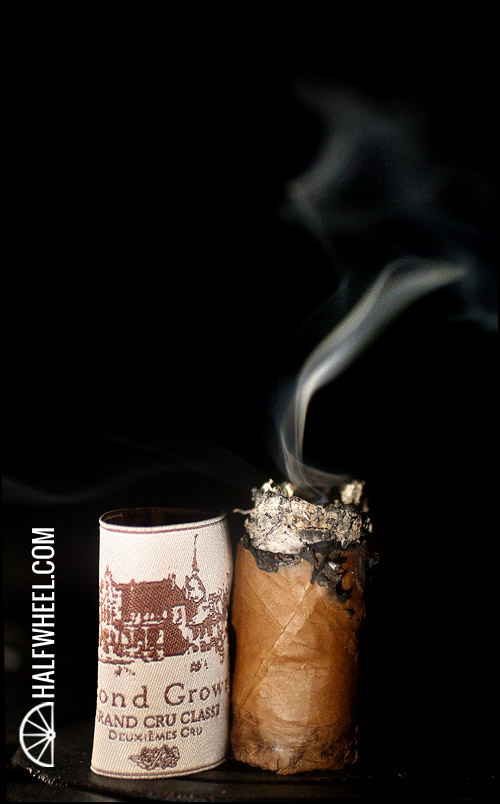 The Bottom Line: I have the say, the construction, burn, draw and smoke production were all phenomenal on this cigar, none of them could be any better. Unfortunately, the joy I felt in those regards just does not carry over to the flavors that are present. As with most cigars blended by Kelner, I found the Second Growth to be overly simplistic in terms of flavors and profile. Add the absolutely monstrous size, and you have almost two and a half hours of wonderfully constructed monotony. Is it a bad cigar? Not by any means. In fact, if you like the profile I described above and are willing to pay the price, you will probably love it, as that is really all there is too it. But I seemed to constantly be hoping for more complexity, more flavors and more shifts in what I was tasting, and unfortunately I was constantly let down.