Despite being one of Habanos S.A.’s oldest brands, established in 1848, Sancho Panza has one of the smallest portfolios of any of the Habanos lines. In 2010, when Habanos S.A. released the Sancho Panza Quijote for Altadis S.A., the Spanish distributor of Cuban cigars, it was the first Sancho Panza Edición Regional and quite possibly the fist special size of Sancho Panza ever under Habanos reign.

For those unfamiliar with the ER program, Patrick covered it in the Por Larrañaga Robusto review:

The Edición Regional program started in 2005 and utilizes the 17 local and multi-local brands for their releases exempting the ten worldwide premium global and niche brands. The cigars are limited production releases with a minimum run of 25,000 cigars and are made exclusively for a regional market, which can range from a specific country to a geographic region.
They are available for one to two years, after which time the cigar can be added to the line’s current production range. The vitolas used for Edición Regional releases must be selected from current production vitolas, but ones that are not already used by that line.
In addition, recent changes, as noted by Trevor Leask of CubanCigarWebsite.com, have included a lifespan of 12 months with release dates generally in August, September and October. In addition, while some regions have received multiple releases in a calendar year, it has been reported that starting in 2012 Edición Regional releases will be limited to one per distributor.
Finally, the cigars generally use the marca’s main band with a second red and silver band that indicates the region it was made for, in the format “Exclusivo ___” with the region’s name in Spanish.

In 2011, Habanos once again released a Edición Regional for the Sancho Panza brand, this time the German distributor, 5th Avenue. The Sancho Panza Escudero was released in 2011 as the second regional with 3,000 boxes of 10 sent to Germany. The Escuderos isn’t the best looking cigar. The semi-dark wrapper is rough and dry, and the overall appearance leaves quite a bit to be desired. It’s listed at 50 RG, but it feels thicker. Aroma off the wrapper is mild with touches of barnyard and a bit of leather. Once again, Cuba provides the more interesting of foot aromas with smoked barbecue, pepper and sweet sugar. The Sancho Panza’s cold draw provides a great array of lemon, orange and leather; tight, but good.

The first third of the Escuderos begins with a real sweet wood aroma and light woodsiness in the mouth that evolves into earth and cedar surrounded by spice on the lips. While the draw is perfect and smoke production is fine, I’m already concerned about the burn and this is four puffs in. The first third settles to a vegetal note, touches of floral, a bit of earth and cedar; all at the most elementary of levels. Unfortunately, the construction overall begins to fade with the draw loosening up and the burn continuing to require attention into the second third. While touches of sweet cocoa are added to the core of the first third, the largest addition and change is a gigantic harshness. Whatever redeeming qualities the leather, cedar and floral notes hoped to provide is completely gone. Smoke slow, smoke fast—it doesn’t matter, the Sancho Panza isn’t really enjoyable. 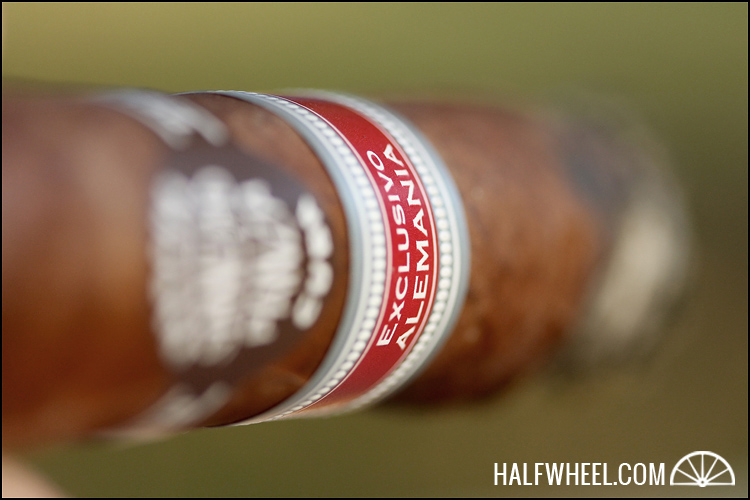 I will say the ash looks great, even if it’s not particularly straight, but unfortunately that’s the state of mind I enter the final third with. While there’s some decent nuttiness, which is much more noticeable than the secondary flavors from the middle portion, there’s a harsh woodsiness that destroys any real hope of enjoyment. With an inch left, I end the Sancho Panza Escuderos. 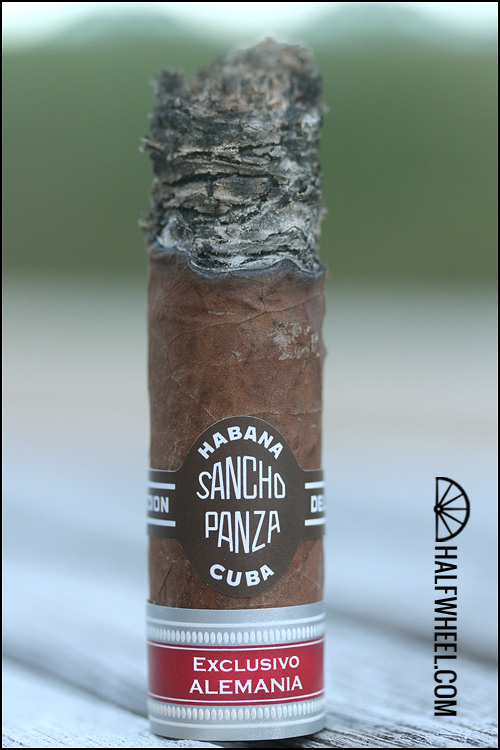 This is everything that is wrong with the Edición Regional program. Everything. It's not an awful cigar, but it's just not very good. Unnecessary, and unnecessarily overpriced. There are a few interesting features, but it's completely overshadowed by the harshness. So often with the ERs, flavors are undeveloped and non-sensible, this is it. Sancho Panza is a brand I've enjoyed a few times, but the Escuderos is a cigar that's recommendable. At times, Edición Regionals are brilliant, this is not one of those times.