Early last month we posted a news story about a store exclusive from A.J. Fernandez Cigars, the San Lotano Oval Pigskin Super Smoke Figurado XLVIII. Using the wrapper from the San Lotano Habano line and a box-pressed 6 x 60 figurado shape, the cigar was released at Cigar Emporium of Lyndhurst, N.J. on November 14 and later at Cigar Republic of Elmsford, N.Y. on November 21. The release is to celebrate Super Bowl XLVIII set to be played at the MetLife Stadium in East Rutherford, New Jersey on February 2, 2014.

Each box is numbered and the first 500 going to Cigar Emporium have the store’s logo on the bottom of the box. Here’s what the box looks like: 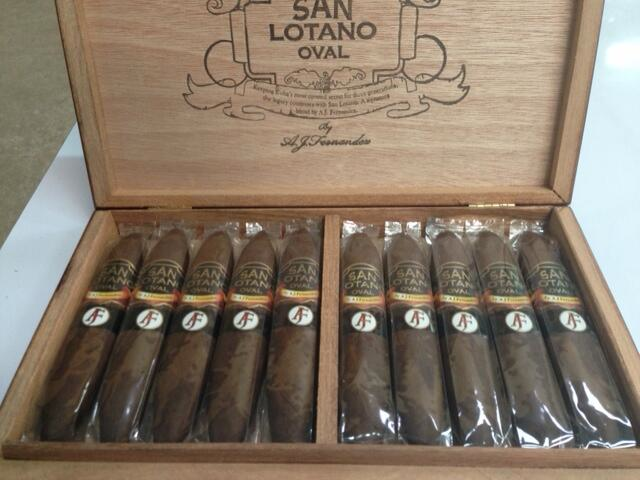 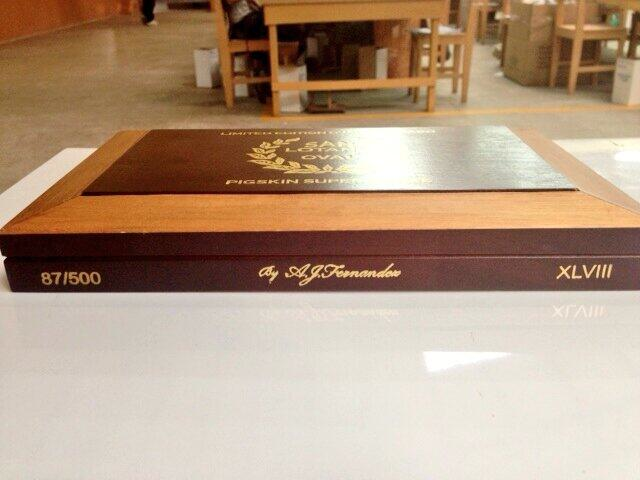 The cigar is designed to look like a football, which you could make a case it does. The problem? There are two other cigars that look much more like footballs. 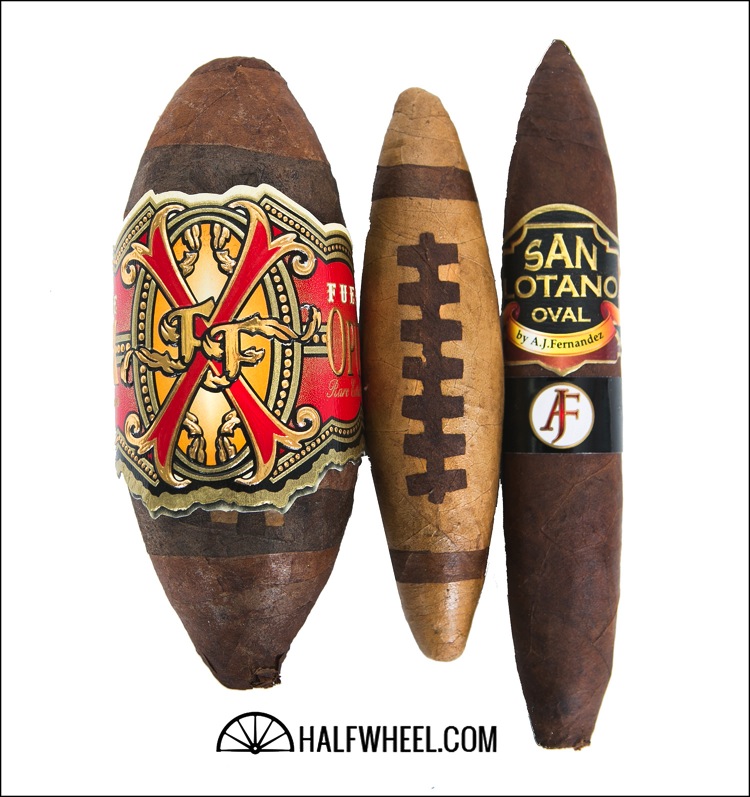 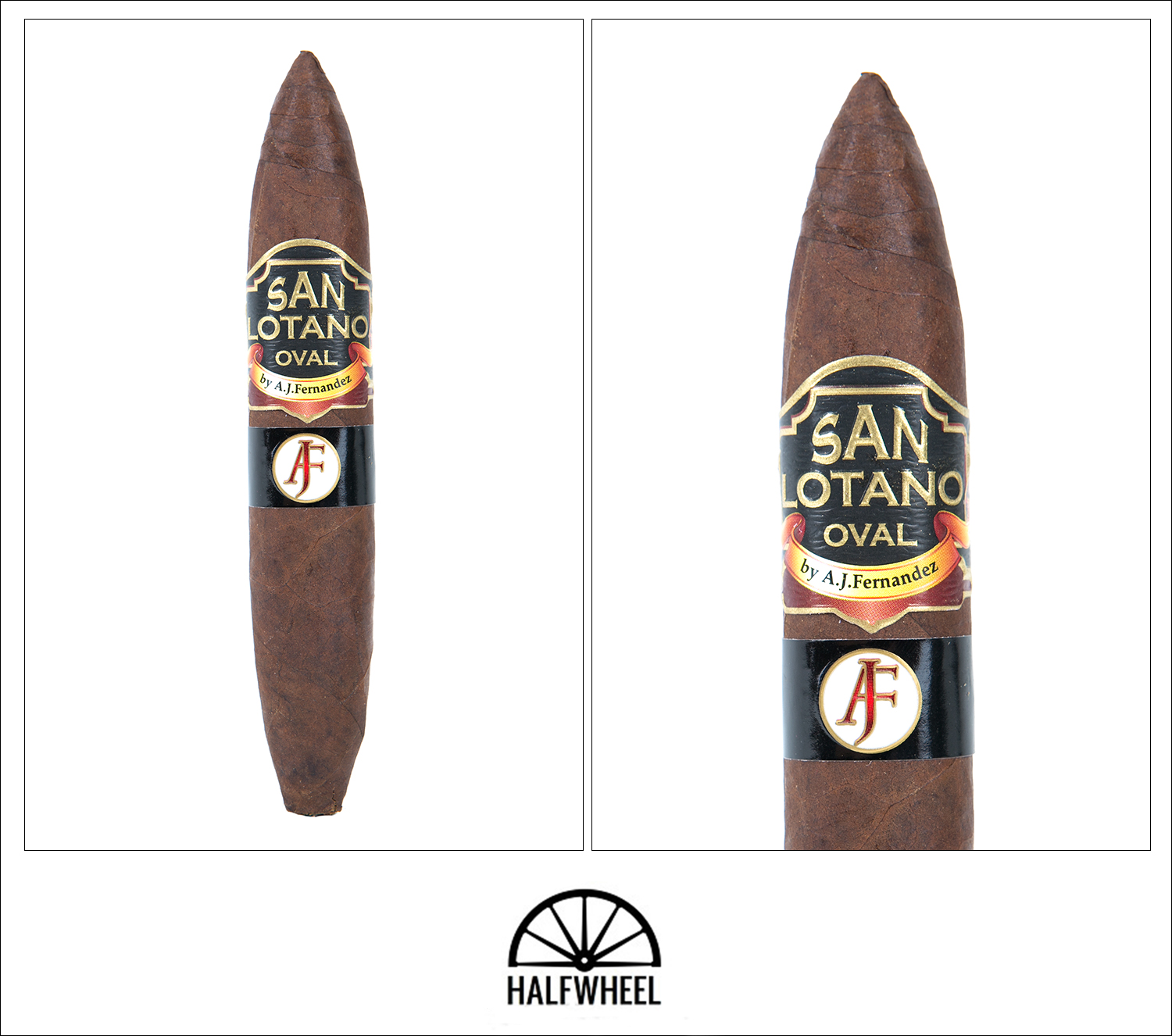 While there is not a band that specifically tells you what this cigar is, it does feature a secondary band with the A.J. Fernandez logo on it. That, combined with the fairly extreme flatness of the box-press and figurado shape, we get quite a unique looking San Lotano Oval cigar. The cigar has some slight give throughout the middle of the cigar, not exactly what I would call soft or squishy, but a long way from firm. There isn’t much aroma coming off the wrapper besides a barnyard note. Clipping the cap and taking a cold draw however, brings multiple rich notes including cocoa, cinnamon, a touch of pepper and a little allspice.

Starting out the first third I get a mostly harsh note that fortunately smooths out quickly. With the harshness gone I get a nice earthy, meaty profile that has notes of cedar, spice and pepper. As I have come to expect with a figurado foot, the burn needs some slight touching up once it gets going. The draw is well within the acceptable range though it’s probably a bit more loose than I usually prefer. The Pigskin continues fairly consistently with notes of earth, cedar, spice and a little pepper making up an enjoyable profile. 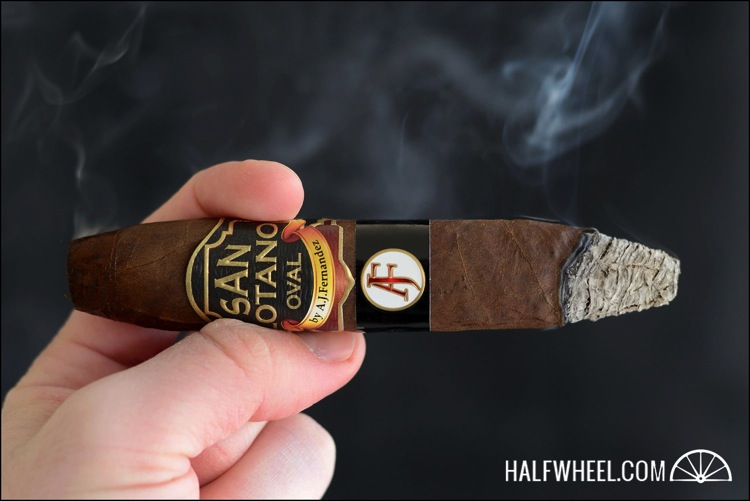 Moving into the second third I notice a new coffee note that is added into the mix, fitting in well with the rest of the previous notes from the Pigskin Super Smoke. Unfortunately there have been a number of touch ups and the burn issues are impacting the profile a bit with some harsh notes here and there. The ash of the Oval does hold on nicely to well over an inch, keeping the smoke cool. Unfortunately towards the end of this section I’ve had to relight the cigar, though luckily it doesn’t seem to affect the flavor much, if at all. The final third of the Oval Habano doesn’t see any change or development in the profile. I’m still getting enjoyable earth notes along with the aforementioned cedar, spice, coffee and pepper. The touch-ups still continue, which is getting to the point of being a little annoying. This close to the end of the Pigskin, the touch-ups and another relight are affecting the flavor more than previously, to the point where it’s picking up some overall bitter tones that are beginning to drown out the rest of the flavors. Finishing up the cigar the bitter notes haven’t taken over completely and the cigar has smoked cool until the end. 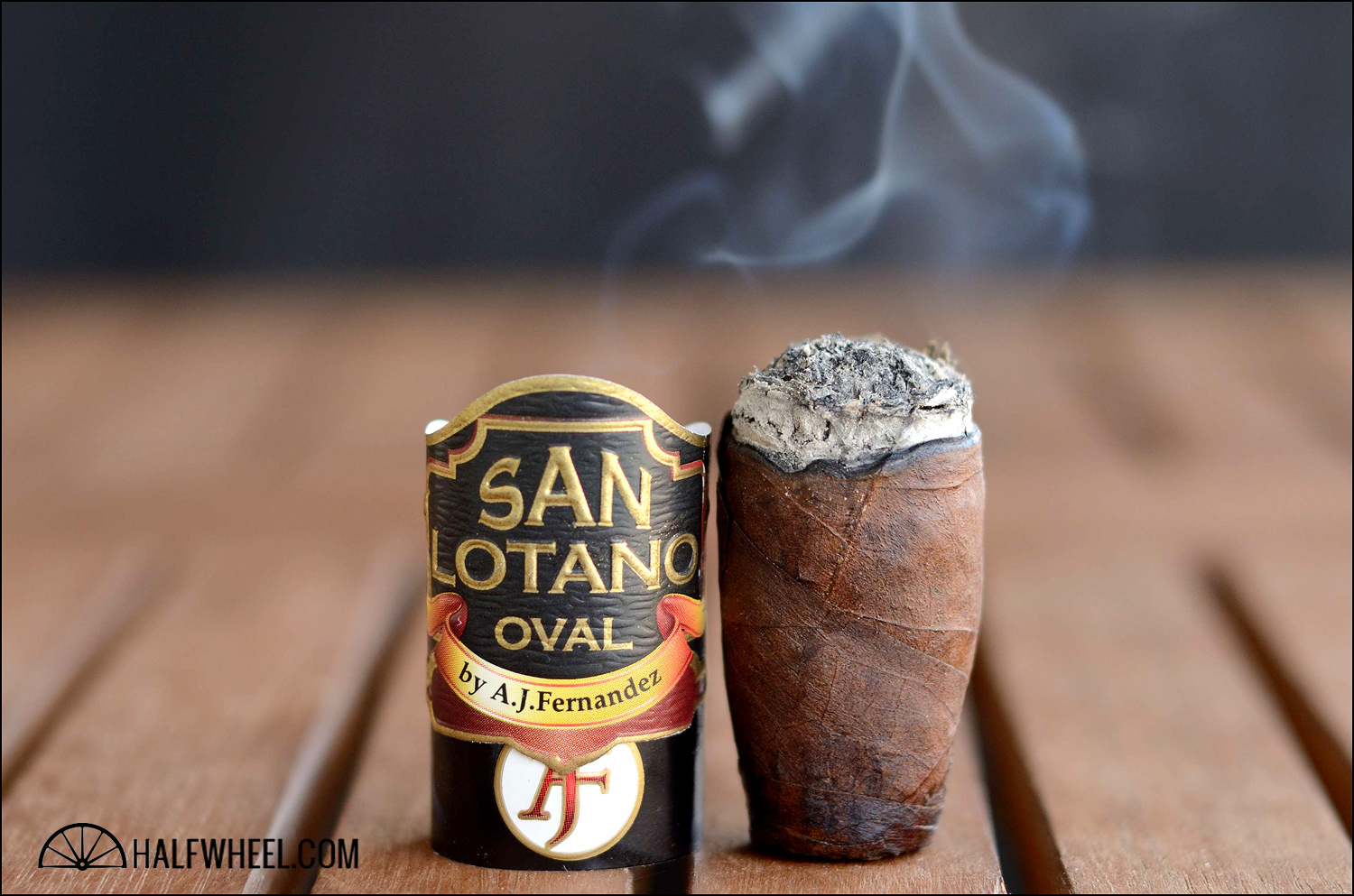 I've not smoked many of the San Lotano Ovals, but the ones I have, I’ve enjoyed. The Pigskin offered up a unique shape that I actually really liked, along with an enjoyable profile. The burn issues however put a huge damper on not only the flavor of the cigar, but the overall enjoyment of the cigar too. When I’m smoking a cigar the last thing I want to do is have to babysit the burn line, and I felt like I was doing this almost constantly with this cigar. Overall I did enjoy the cigar and wouldn't hesitate suggesting you go pick up a few to try for yourself.