San Cristobal. I got nothing. San Cristobal is another Ashton line made by Pepín, similar to La Aroma de Cuba. I’ve tried a few, my thoughts are obviously after the jump, but that’s about it. An overlooked cigar, a cigar that is available at every online retailer and then some, and a cigar that is very difficult for me to get excited about. Hence this intro. 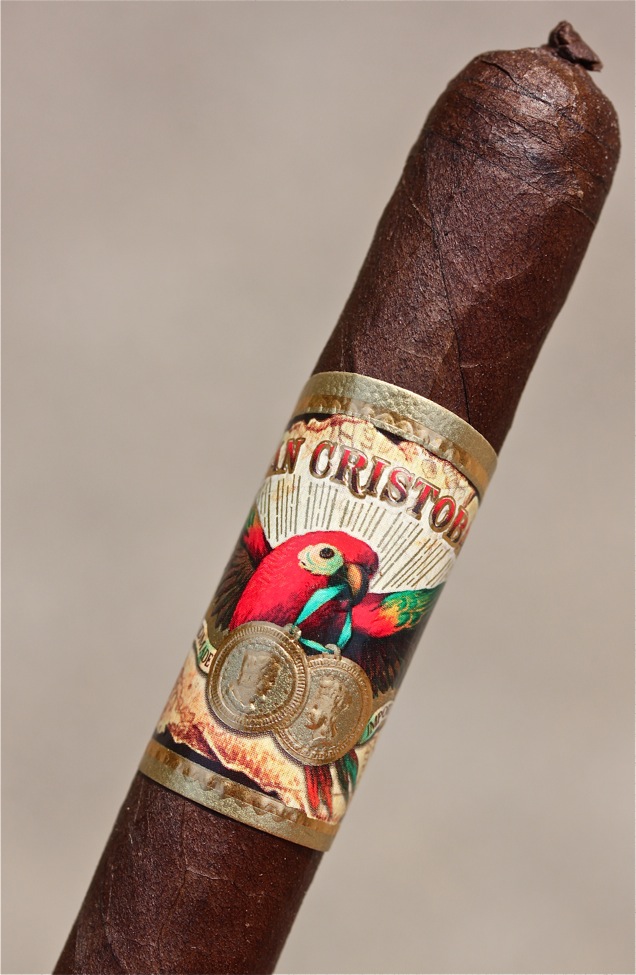 This is Ashton’s biggest and most important product release in many years. San Cristobal is a name that we have used since the mid-1980’s and trademarked here in the United States since the mid-1990’s.

They introduced the brand at the 2007 RTDA, in five original formats. Interestingly enough, Cuba introduced a San Cristobal name (relatively) recently, San Cristóbal de la Habana in 1999. Of note, this is a Nicaraguan puro, which I think is something that Pepín has perhaps an overinflated reputation for… Enough, I know, get to the damn cigar.

The San Cristobal Lancero is available alongside the La Aroma de Cuba Edición Especial Lancero, in the ten count sampler. The Nicaraguan Corojo wrapper is a dark oily earth with some nice maroon colors coming through. Veins are relatively light, but they are definitely magnified. Aroma from the wrapper is a medium-full mixture of cocoa and leather. The roll is good, what you expect from My Fathers Cigar S.A. providing a good amount of resistance to the touch. From the foot it’s a sweet brownie cocoa with dome dark cherry notes, medium-full. 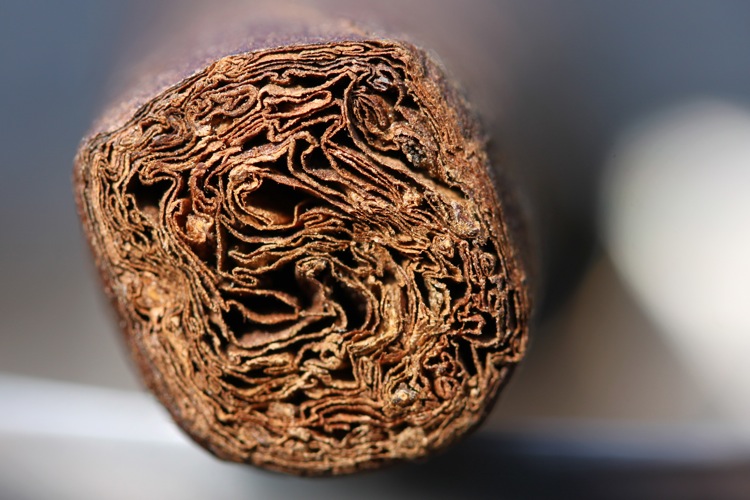 Lighting
Sometimes you forget how good some of the cutters you have are; case and point, the Xikar Xi3. After a clean cut, the San Cristobal gives me a peculiar (but familiar), almost sublime head aroma: meaty, earth and a dark BBQ note, medium-full and so unique. Cold draw is tight with earth up front on top of orange peel and tobaccos. Once again, quite intriguing. Things aren’t as great once the lighter gets involved, a fairly generic, albeit heavy, toastiness fills the air as I warm the bottom of the Lancero. The first draw is tight with a toasty cocoa transitioning into a detailed cedar note; medium, long and simple. First Third
Up front it’s cocoa, pepper, cedar and creaminess, all battling one another for the front of the San Cristobal. In addition, the medium-full profile sees hickory, earth and some sourness, but almost all of it is overshadowed by the aforementioned. Finish provides a cedar, pepper and earth mixture that leaves a little bit more to be desired in terms of complexity, despite the relatively long nature. Construction is good with loads of warm cocoa aromas filling the Summer air. Draw is still a bit tight, but not a problem as far as I’m concerned. Second Third
The pepper really seems to take the lead of the Pepín stick with cocoa and then cedar rounding out the rest of the main flavors. Finish has quite a bit more depth: spicy toastiness, warm cocoa, espresso and meatiness; medium-full and long. Draw remains where it was before, which is a good thing. The light ash struggles to reach the two inch mark of the first third, but it still holds on nicely. Final Third
Admiring the smoothness is what I do when I get into the final third. It really is quite remarkable, and definitely assisted by a cocoa note that returns to the forefront as the earth and creamy notes absorb most of the pepper. In addition, the medium-full finish sees the meatiness begin to join herbal and earthy notes to take on the core of that flavor. Strength is medium-plus, roughly where it is the entire time, but it’s the full-bodied nature, heavy smoke production and smoothness that make me smoke this down well past an inch. 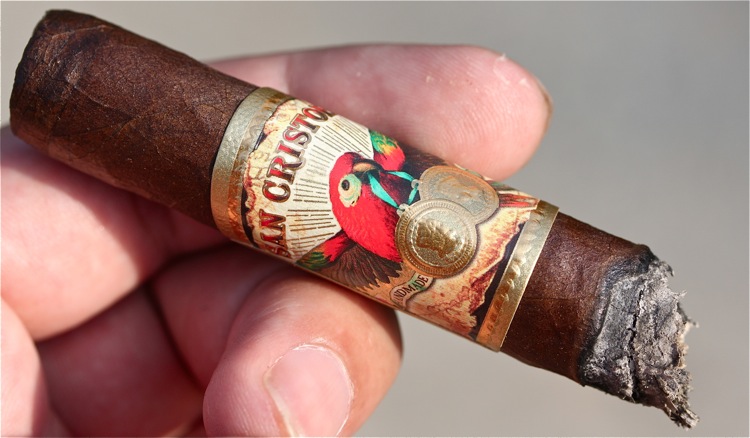 For the Novice
No. It doesn’t miss by a whole lot, but there’s enough going on here that raises caution for me to easily as this is just not a good option. It’s unfortunate, because this is readily available and fairly consistent. This is a great example of a cigar that I would give to a novice smoker who’s looking to become more serious, as it fits that bill. In the End
The San Cristobal Lancero is one of the everyday Lanceros. There are a lot of them, which is needed, given you smoke them everyday; and the San Cristobal with the smoothness and fuller body provides something unique. The Corojo blend is not as refined as I would have hoped (I really am a fan of spicy cedar Corojo cigars), but it works. It is however confusing. As much as I sit here and say that the San Cristobal, and its cousin, the La Aroma de Cuba Edición Especial Lancero, are both cigars that I should smoke more of… I’m not getting a box. It’s on the “nothing worth complaining about” to “I like these” side of things, but it’s not a classic cigar.

80. Priced right. “Exciting” is something just missing, except when we are talking about construction.