In 2013, Sam Leccia returned to the cigar industry with Leccia Tobacco, his new company that released two different lines in the spring. This was Leccia’s second attempt at a comeback since he parted ways with Oliva Cigar Co. in late 2010. The other attempt came in 2011, something most have forgotten about now.

After leaving Oliva, it was largely believed that Leccia would be away from the industry for a few years. That’s why when Leccia announced his return on May 24, 2011, many people were shocked.

The company was called Sam Leccia Cigar Co. and its first release was Debut, a Honduran cigar with an Ecuadorian habano wrapper and fillers from the Dominican Republic, Honduras and Nicaragua.

Debut was to come in boxes of 25 with one cigar in each box being a different collector’s edition cigar. The three sizes were:

On June 13, things took a bit of a different turn. Oliva announced that they were pursuing legal action to see that Leccia fulfill an alleged five-year non-compete. The next day, it was announced Toraño would be distributing Leccia’s cigars.

And then it all came to a literal halt on July 16, two days before the start of the 2011 IPCPR trade show and convention . Leccia announced that a court order would prevent him from attending the trade show. The cigars, were promptly removed from the show floor and have largely not been seen since.

Eventually, Oliva and Leccia settled their matters. Leccia has since returned and Toraño is once again involved. 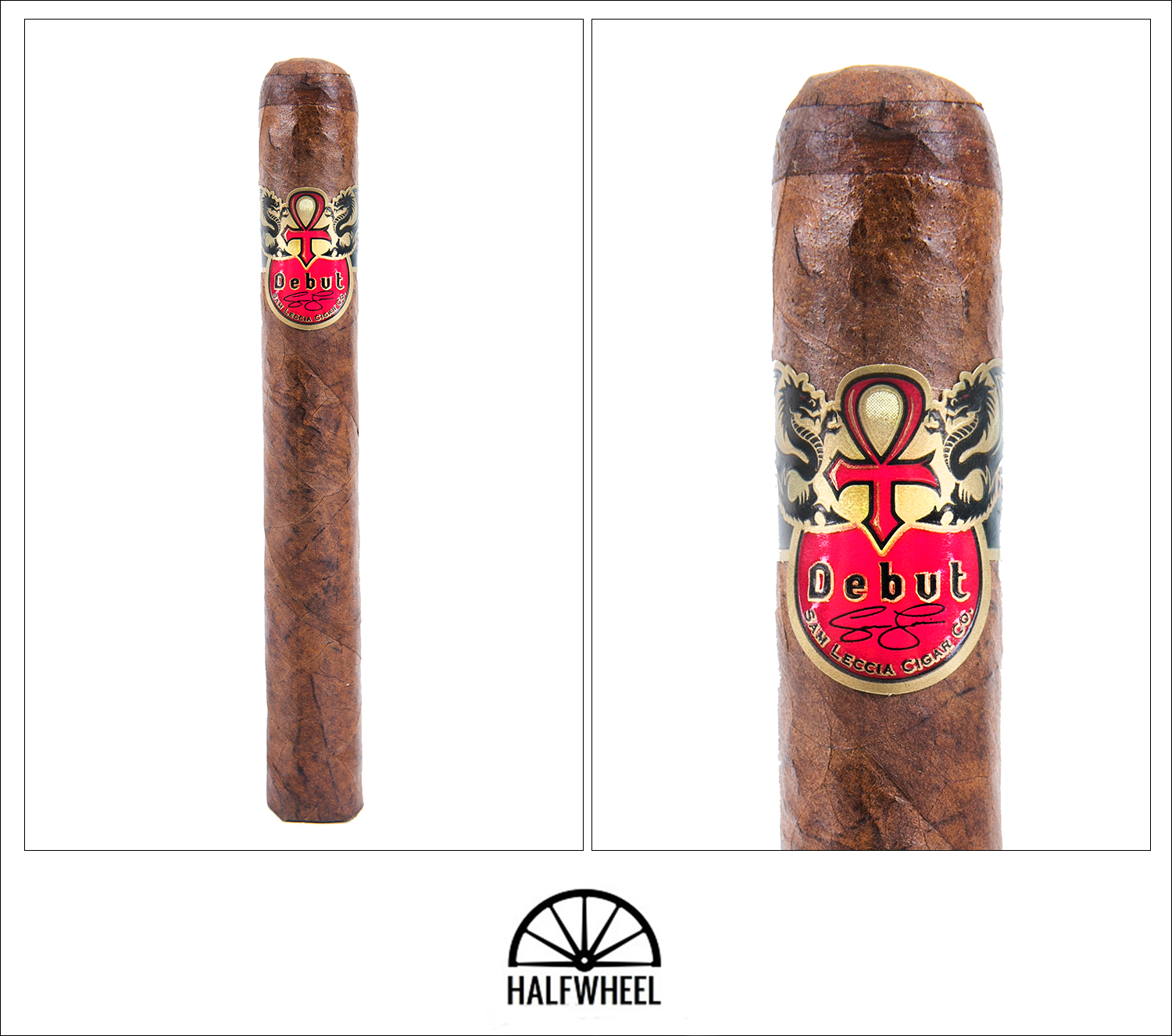 It’s the largest cigar I’ve smoked in a while. Even after two years, the dark Ecuadorian wrapper still has tons of oil. There are two hard spots in the Debut and there are a lot of classic signs of this being overfilled. There’s definitely some signs of the cigar sitting down for two years with an aged leather. The cold draw shows signs of sweet creamy oranges, leather, a big lemon sherbet-like citrus note and pepper on the finish.

As so often is the case, the beginning of the Debut does not start like the cold draw. Instead, there’s a relatively plain sweet cedar note, a touch of pepper and a big creamy note. There’s lots of smoke from the Sam Leccia Double Churchill, but the cigar is burning slow. This is not helped by the mundane flavor which is sweet cedar, a bit of vanilla, cedar and a bit of leather through the nose. It’s medium in flavor, medium-plus in body and medium in strength. 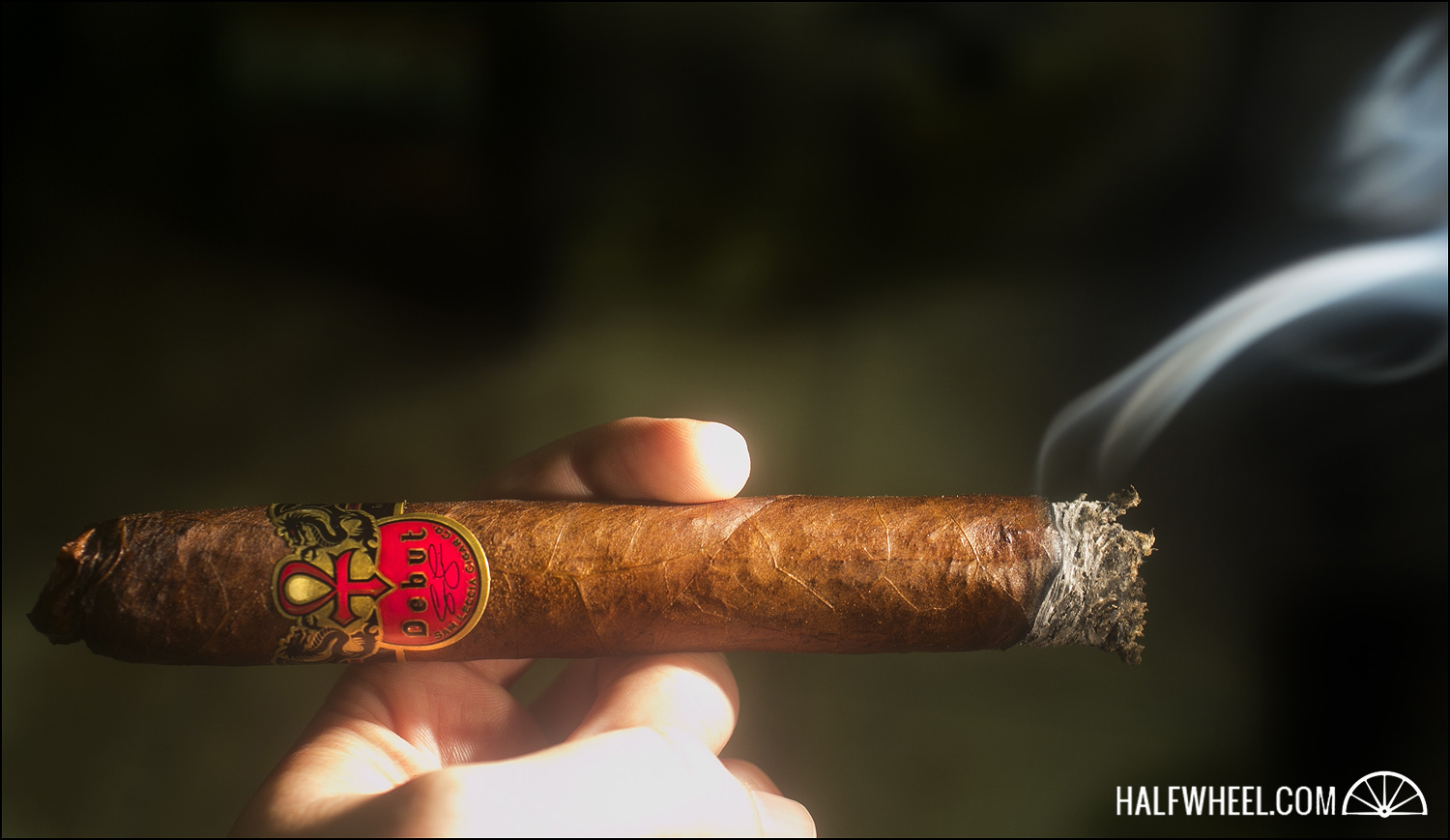 There’s more pepper, but the reality is the second third is not much different than the first. I can pick up some saltier notes at various points, but the sweet cedar remains at the forefront. Strength has picked up from medium to medium-full, which was a bit surprising. Elsewhere, there’s maybe a bit less smoke production, but it’s not a huge reduction. Fortunately, the final third offers more changes. Pepper and cocoa both begin to show themselves in the final third, but it might be too little too late. The smoke continues to thin out, but other than there is little change in construction. As I get towards the final two inches, the flavor of the Debut turns harsh and I decide  to call it a night. 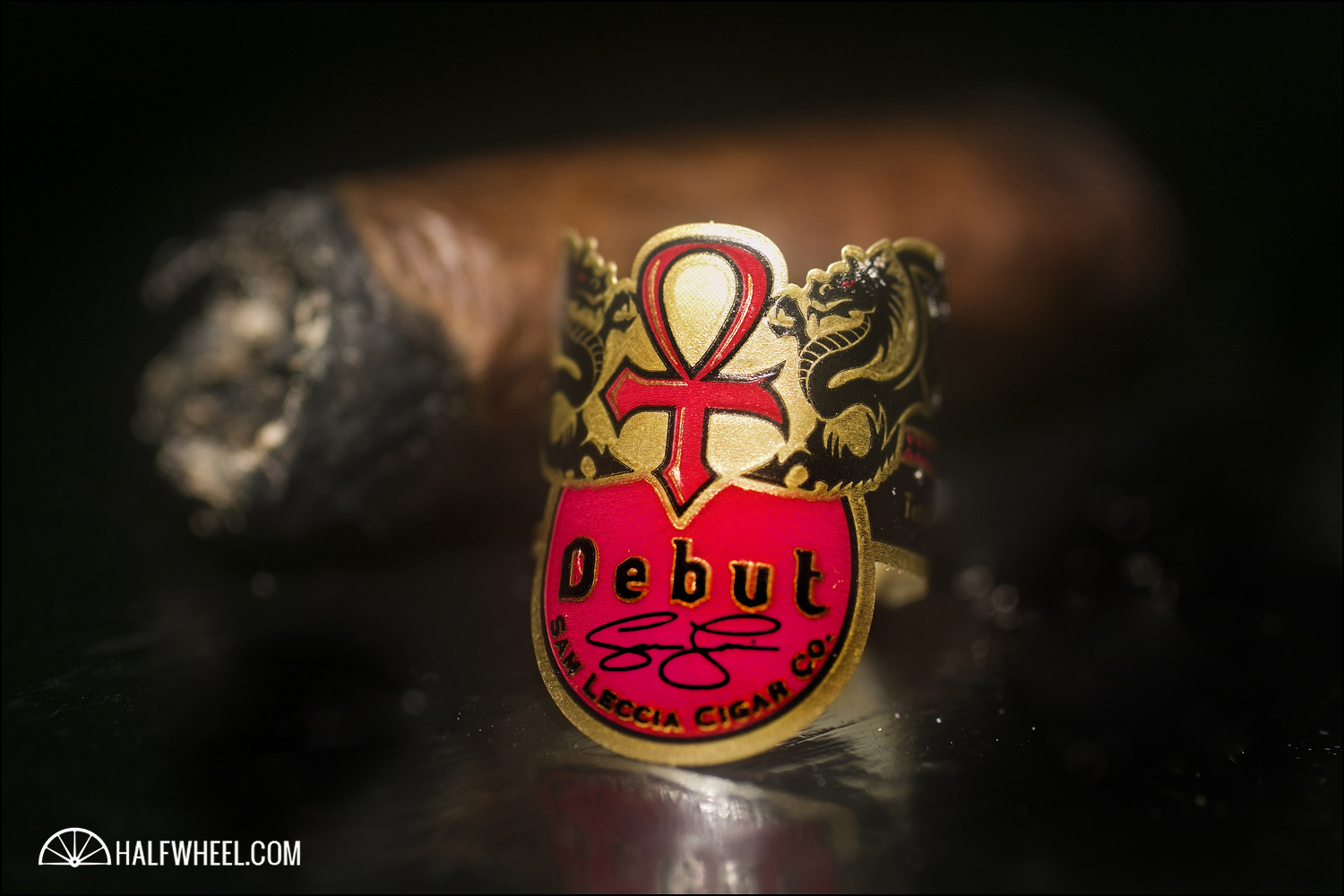 This was my first and only Sam Leccia Debut. I’ve never really spoken to anyone about the cigar, because outside of Sam Leccia himself, I am not sure who has smoked it and I imagine there is a good chance this will be its only review. There are definitely some signs of a cigar that has been in my humidor for over 24 months and I imagine it was a bit more lively when fresh. That would be a good thing, because mundane and large is a dangerous combination. There’s zero debate, Leccia’s second attempt at getting back in the cigar business was a lot better than his first.